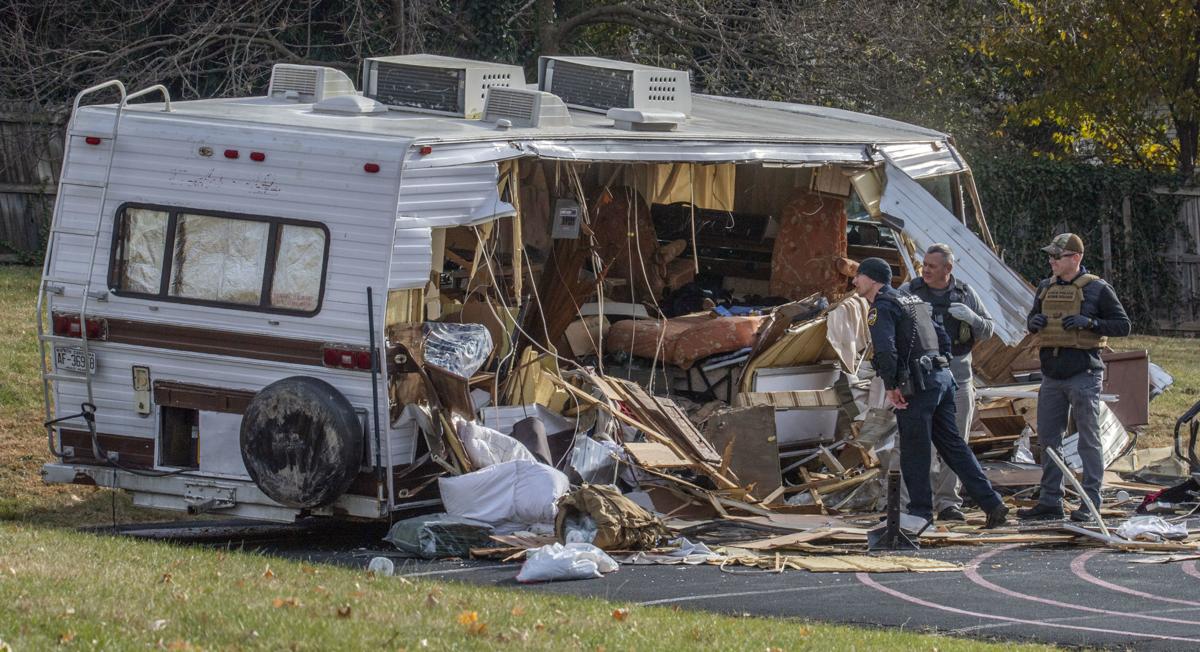 Police search an RV after breaching it multiple times with an armored vehicle, searching for Michael Alexander Brown. 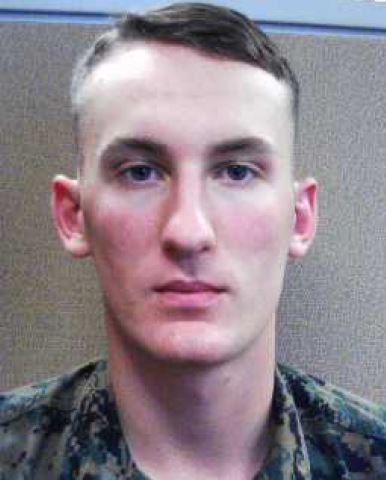 ROANOKE, Va. — Police lifted a “shelter in place” order for a Roanoke neighborhood Thursday but implored people to remain vigilant as the massive search continues for a U.S. Marine accused in the slaying of his mother’s boyfriend.

Roanoke schools, which closed Thursday because of the search, were to open on time today with the blessing of the police, school officials said.

Police believe Michael Alexander Brown, accused of desertion and charged with homicide in Franklin County, Va. near Roanoke, is armed. Brown, a U.S. Marine corporal and combat engineer with the 8th Engineer Support Battalion, was last stationed at Camp Lejeune in North Carolina, according to the base.

The U.S. Marshals Service offered a $10,000 reward for information leading to his capture.

Since Sunday, Brown appears to have fled to as far as South Carolina.

“Family,” Roanoke Police Chief Tim Jones said when asked why Brown might have returned to the Roanoke Valley. “I think family is what brought him.”

Brown was seen tapping on the window of a house in on Tillett Road in Roanoke, where his grandmother lives, Jones said Thursday. A neighbor called 911 at 12:48 a.m. Thursday, triggering a massive police manhunt across the neighborhood that drew in numerous officers from at least a half-dozen agencies.

By 5 a.m., police had discovered a recreational vehicle Brown was believed to have been driving parked at the nearby St. Elizabeth’s Episcopal Church. Police called on Brown to get out of the vehicle, then battered it with a ram attached to an armored vehicle, tearing the right side from the RV. Brown was not in the RV.

Brown, 22, is wanted in the fatal Saturday shooting of Rodney Wilfred Brown, 54, of Hardy, Va. Michael Brown is the son of Rodney Brown’s live-in girlfriend, Franklin County authorities have said. Officials are unsure of the motive in the killing.

Michael Brown also faces a federal count of unlawful flight to avoid prosecution and a charge of felony larceny involving heavy construction equipment in Craven County, N.C., his last known address, according to the sheriff’s office there. That charge was filed in recent weeks but before the events in Franklin County, officials said.

A 2015 graduate of Franklin County High School, Brown’s current term of enlistment in the Marines was slated to end in 2021. He was deployed from March to October 2018 with a crisis-response unit serving under the U.S. Africa Command. It wasn’t clear if he was stationed in a conflict zone. He had received a Marine Corps Good Conduct Medal, which is described as being awarded for three years of honorable, faithful service.

He deserted his post in mid-October, authorities said, and had been seen in and around Franklin County over the past two weeks.

Brown’s flight took him on an odyssey across at least three states in multiple vehicles.

Police initially reported he was driving a white 1976 Cadillac, but soon said they believed he was at the wheel of 2008 black Lincoln Town Car.

On Sunday night, the U.S. Marshals Service learned that Brown might be driving an RV near Clarendon County, S.C., about four hours southwest of Camp Lejeune. They later found a trailer abandoned with the Lincoln inside.

Jones said Thursday that authorities believed as recently as the day before that Brown was still on the move. Then came the 4 a.m. 911 call and Thursday’s manhunt.

Roanoke defense attorney Deborah Caldwell-Bono said she has been hired by friends of Brown’s from Franklin County to represent him. She declined to specify their relationship to Brown but said they “have known him forever and believe in him and support him.”

Caldwell-Bono said she has not been in touch with Brown personally, nor with members of his family, and said the people who hired her did not tell her when they had last spoken to Brown.

“I just want him to know he does have support out there and does have somebody to help him,” Caldwell-Bono said. “We’re just trying to get a peaceful resolution here.”

Matt Chittum and Alicia Petska are reporters for the Roanoke Times.