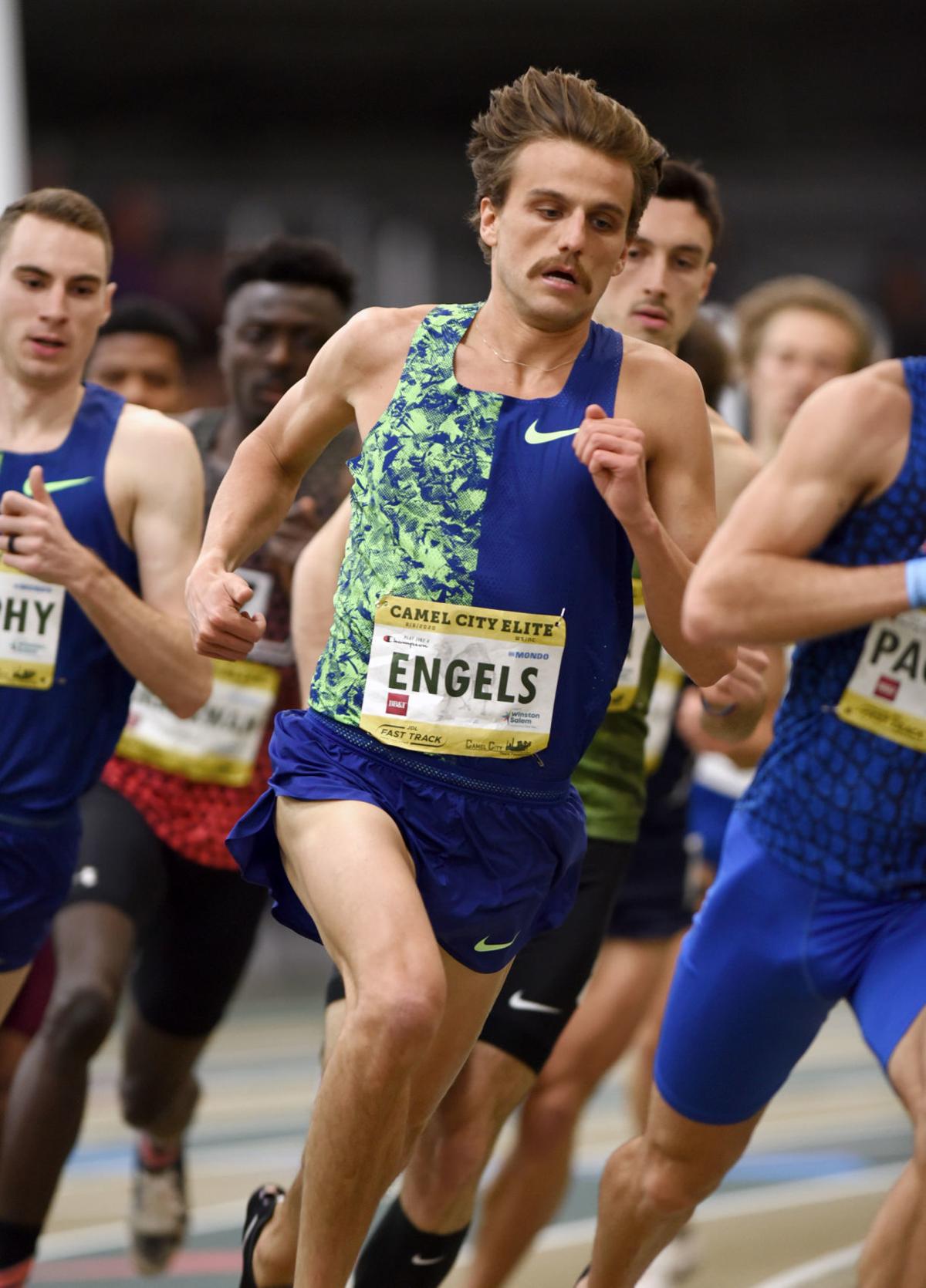 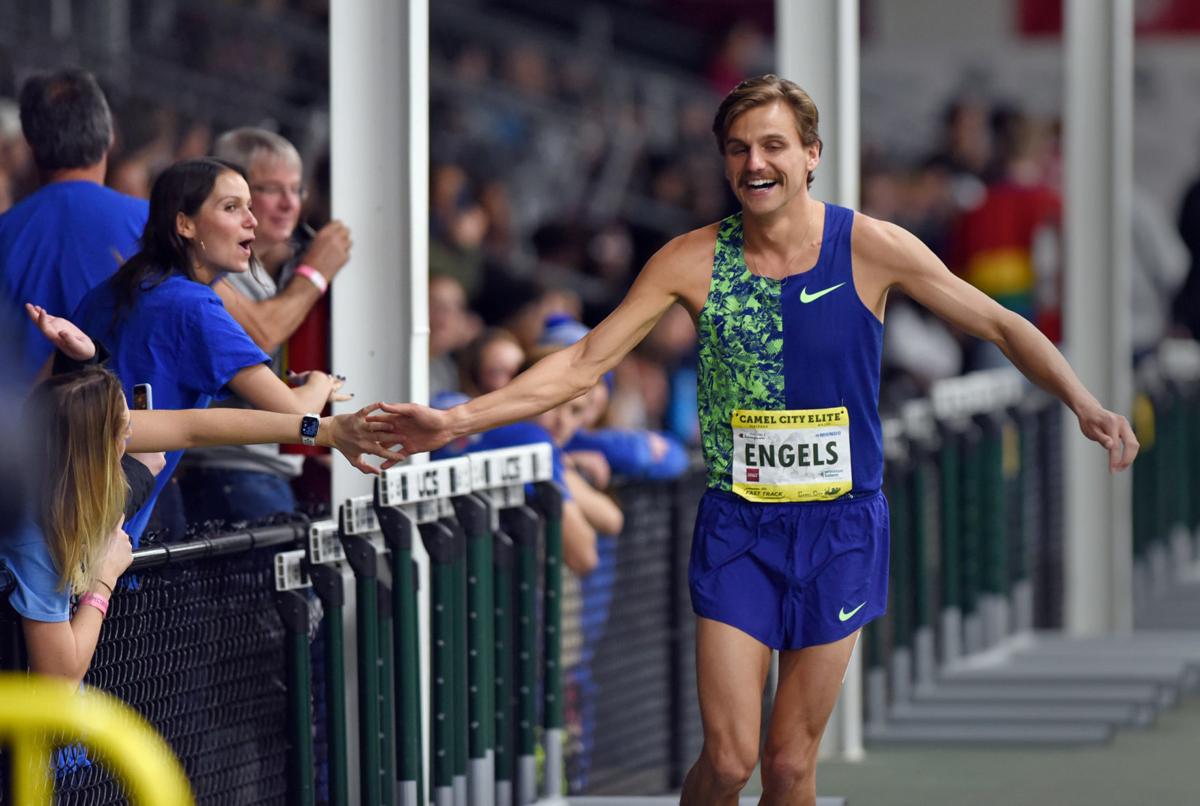 Fans cheer on Craig Engels as he is introduced for the Camel City Elite 800m race on Saturday, at JDL Fast Track in Winston-Salem. 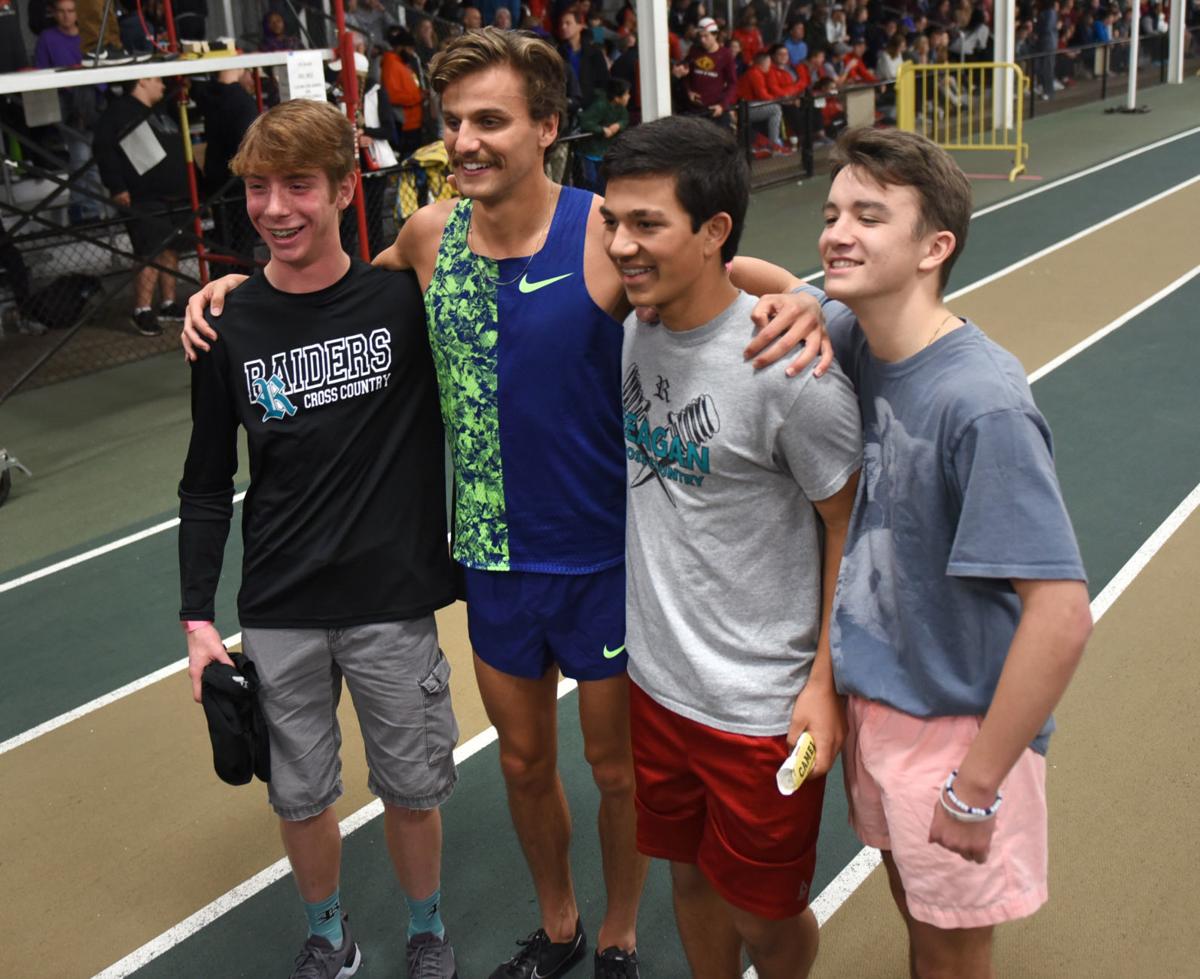 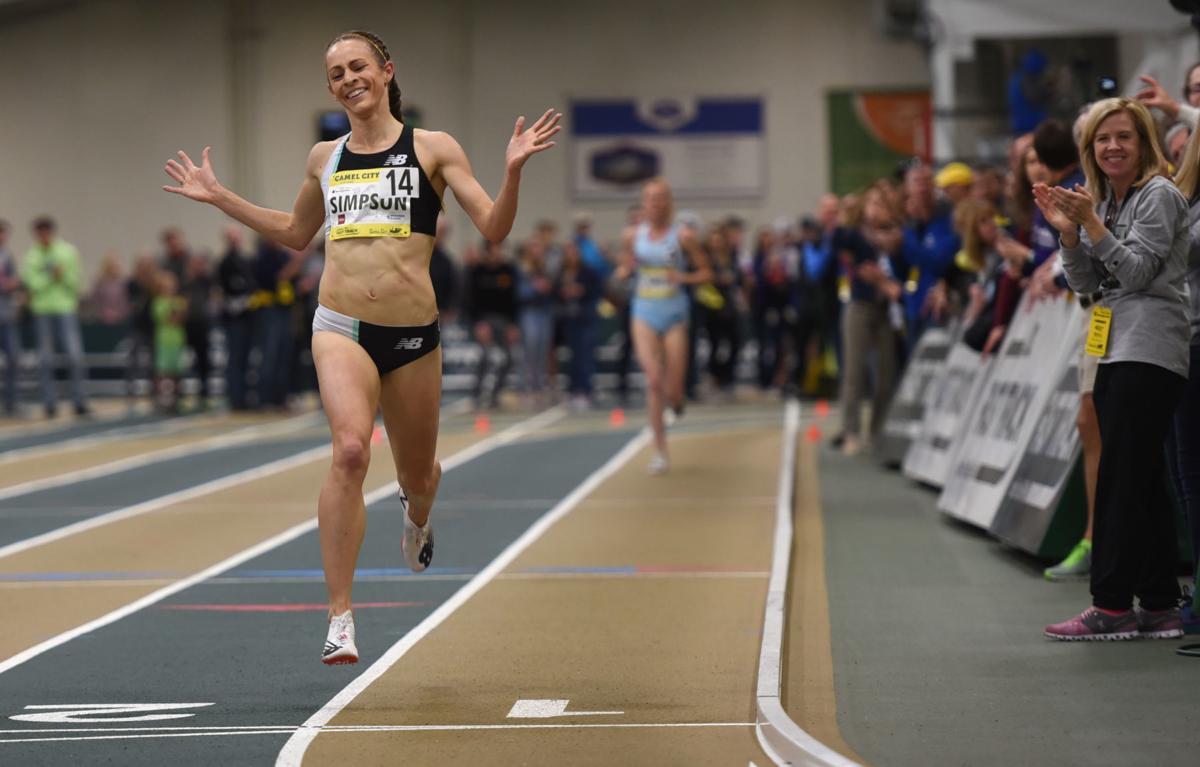 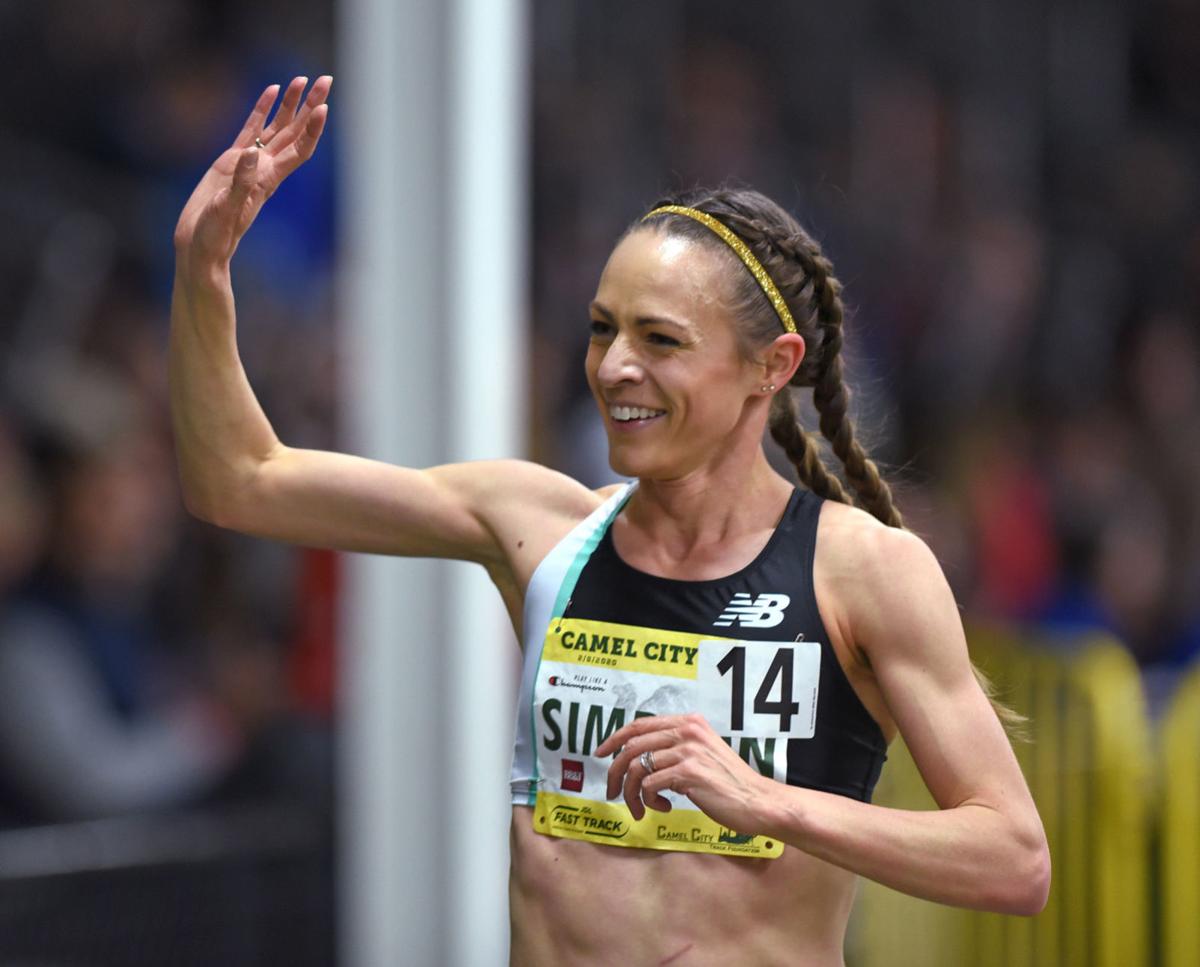 Fans cheer on Craig Engels as he is introduced for the Camel City Elite 800m race on Saturday, at JDL Fast Track in Winston-Salem.

He had just crossed the finish line, taking third place in the 800 meters at the Camel City Elite Races at JDL Fast Track. Craig Engels’ time of one minute and 49.03 seconds was nothing short of pedestrian.

“I was training for the mile,” he said, anticipating world indoors championships in China that are now canceled, “doing 80-mile weeks, and I knew stepping down would be tough.

“But I didn’t think I was that slow right now,” he said, with a laugh.

Slow? An adoring gaggle of fans could not have cared less.

Engels, 25, a Reagan High School graduate, was the fan favorite, and for nearly a half-hour after his race he did nothing but pose for photos and sign autographs — he even signed the pant leg of Reagan sophomore Jordan Collins. He greeted anyone who wanted to rub shoulders with the 2019 U.S. 1,500 meters champion.

“Nice seeing you,” he told one fan.

“Oh gee, those are dope,” he told a college runner who was removing a pink shoe for Engels to sign.

“Dude, these are crazy.”

“Dude, that is mean! That is nice!” he said to a spectator sporting a curly version of a mullet that Engels has made famous over the years. “I wanted to get a perm when I had it.”

Speaking of which, not only is Engels’ Prefontaine-esque mustache back, more hair may be on the way as he builds not only his speed but his coiffure ahead of the Tokyo Games this summer.

“The mullet and hopefully and Olympic medal,” he said. “A lot of -m’s.”

Another big star at JDL was Jenny Simpson. She’s royalty in running, one of the best middle-distance runners in American history, but she was the one who came away wowed by her first visit to a Camel City meet that features not only the pros but college athletes.

“When I came to the meet last night for the meet-and-greet, the place was alive with the type of racing that brought me to where I am today,” Simpson said. “To see the collegians and even young kids coming to watch them was the best part of the whole meet for me.”

What those spectators got to see was Simpson win the 3,000 meters in a time of 8:51.49, good for a flat-track world record and, of course, a JDL facility best.

“The track is really different,” Simpson said. “It’s unique in so many ways, but the most obvious is that you’re just turning the entire time. Being able to get in that quick of a rhythm and feel really comfortable and hold that on my own once a pacer stepped off, I’m really proud of my run today.”

Simpson’s race was her first indoors, other than New Balance Grand Prix meets for her sponsor, since 2013. She credited the persistence of meet director Craig Longhurst for bringing her to Winston-Salem from Boulder, Colo.

“At the end of this experience, I owe him a big thank you,” Simpson said. “Because this is just a really like life-giving and energizing experience I’m going to take to my next race and to my next training block. It’s really going to benefit me.”