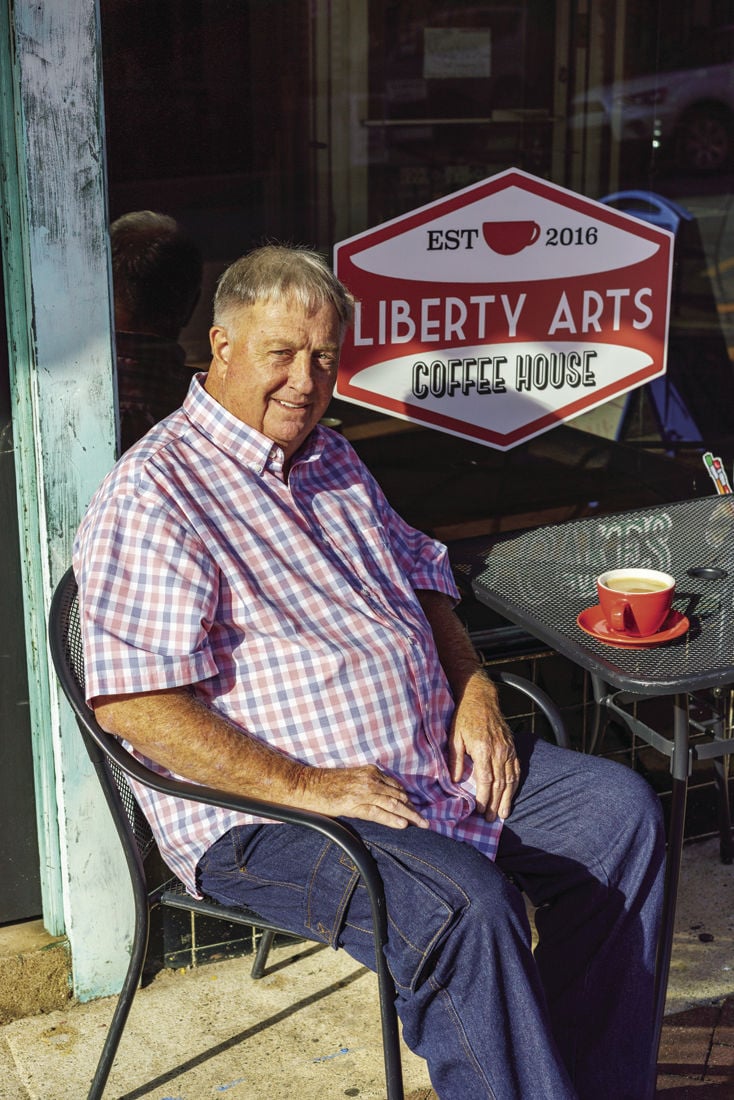 Mike Coe is the owner of Liberty Arts Coffee House. 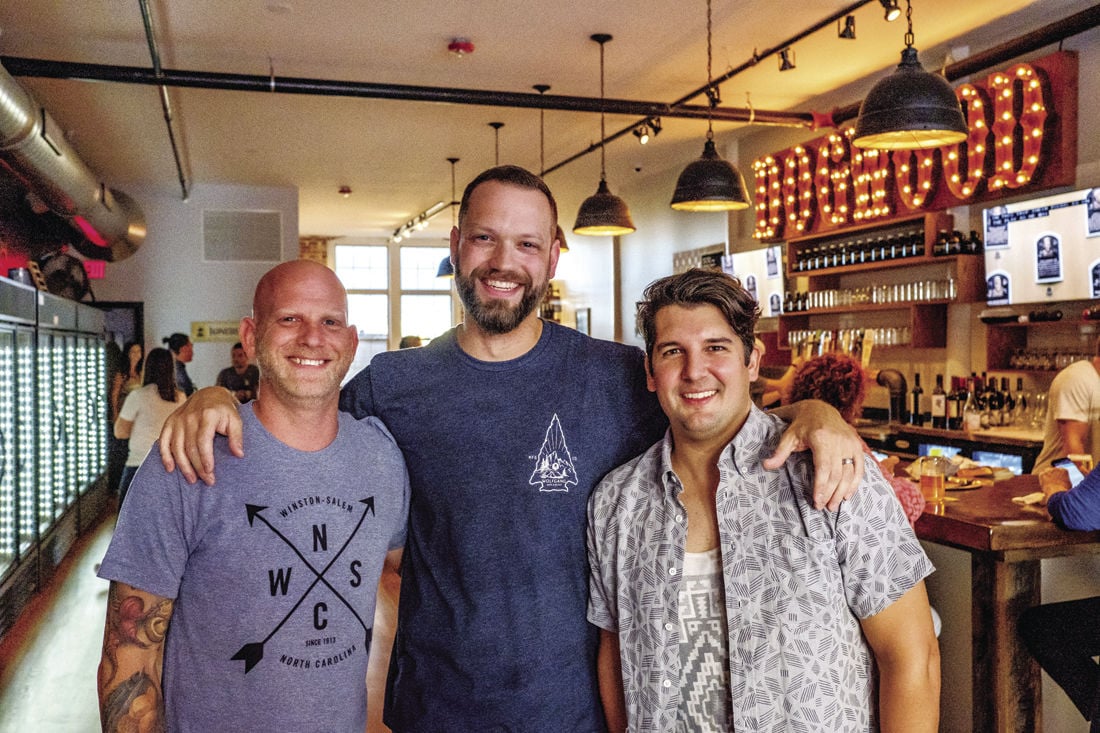 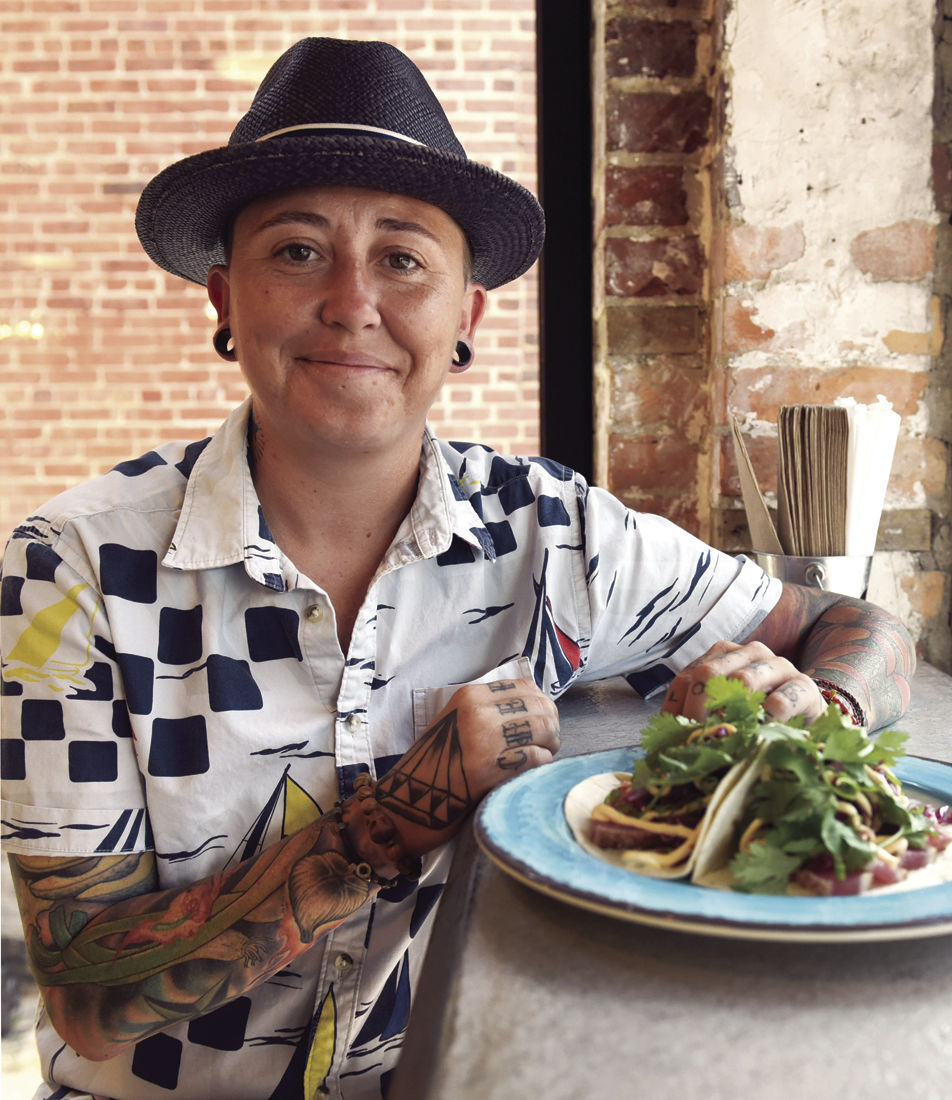 Mike Coe is the owner of Liberty Arts Coffee House.

Kris Fuller saw a place with character, a spot with potential, and an area ripe for those looking to expand.

The chef already had two successful restaurants in Greensboro and was scouting locations for a third in Winston-Salem. And on Liberty Street, she saw a magnet for others who were trying to make their mark on the city.

“Fourth and Trade have always done well with business,” says Fuller, who runs Crafted: Art of the Taco. “But on Liberty Street, we saw there was room to stretch out here. We said ‘This feels right.’ There was a lot of growth happening. It really spoke to us.”

The restaurant opened in November 2016 and is one of several businesses that have opened on Liberty Street over the past few years. We had the opportunity to sit down with the business owners of Liberty Arts Coffee House, Crafted, and Dogwood Hops and Crops—all of which have helped shaped the revitalization of the thoroughfare.

1. What have you liked about doing business here?

Manager Elodia Heredia: “It’s gotten a lot busier here in the past year. It’s like more college kids have found out about us. And it’s a pretty good hole-in-the-wall for studying. We get a lot of people coming in here for business meetings but it never gets overwhelming.”

2. What kind of change would you like to bring to Winston-Salem?

Heredia: “I want to make everyone feel equally important. We’re close to the bus station. We get stragglers, we get people from the shelter. Then we get CEOs. I’ve met a multitude of people working here and I want to offer my services without discriminating against anyone.”

3. You have quite a few paintings on the wall. Can you tell me about your support of the local arts community?

Heredia: “Being part of the Arts District, we do the Gallery Hop every first Friday. We always have new artists every month. We also do live music every Friday and Saturday. And the first Sunday of the month we have a huge honky-tonk jam.”

1. What do you feel makes your business unique?

General Manager Ty Monk: “We’re a dual concept with the bottle shop on one side [Dogwood] and through the other door the bourbon bar [The Trophy Room]. There’s a lot of good beer and whiskey in the United States and we see it as our charge to bring it to Winston.”

2. What kind of impact do you want to make on Winston-Salem?

Monk: “We want to help shape the nightlife in downtown Winston. There doesn’t have to be a negative connotation with bars. Historically speaking, bars are social hubs. We’re looking to do charity events every quarter to really show we can have a positive influence.”

3. What are some of the challenges of doing business downtown?

Monk: “Liberty doesn’t get as much foot traffic but there’s still a lot of growth that can happen on Liberty Street, and things are moving quite swiftly. It’d be nice to see Liberty become the next Trade Street. There’s a growing community downtown, and it’d be nice to see a big grocery store, also.”

Crafted: Art of the Taco

1. Why did you decide to seek out a location in Winston-Salem?

Owner and chef Kris Fuller: “[Winston-Salem and Greensboro] are similar sizes. The downtowns, and the pace in which development is happening are similar. Winston is a cool city, and it’s close enough that we could keep our arms wrapped around it. And we felt it was time to delve into this market because we’d had people driving from Winston to Greensboro to eat at our original location.”

2. What are people seeking when they come down here?

Fuller: “People want to walk every street downtown and see something to do. And I think that’s where Liberty comes into play. You’ve got us, Dogwood, the coffee house, Reboot; you got some cool little hangout spots.”

3. What are some of the concerns you have about doing business here?

Fuller: “When you think about growth and development, you also think about the fact that it gets more expensive to do business downtown. It’s getting expensive fast in Winston and Greensboro alike. But we have to remember what makes these downtowns cool [and] what makes Winston’s downtown cool is these small local businesses that could afford to open. With growth comes that rise in cost. But we have to keep it on par with what small businesses can afford.”