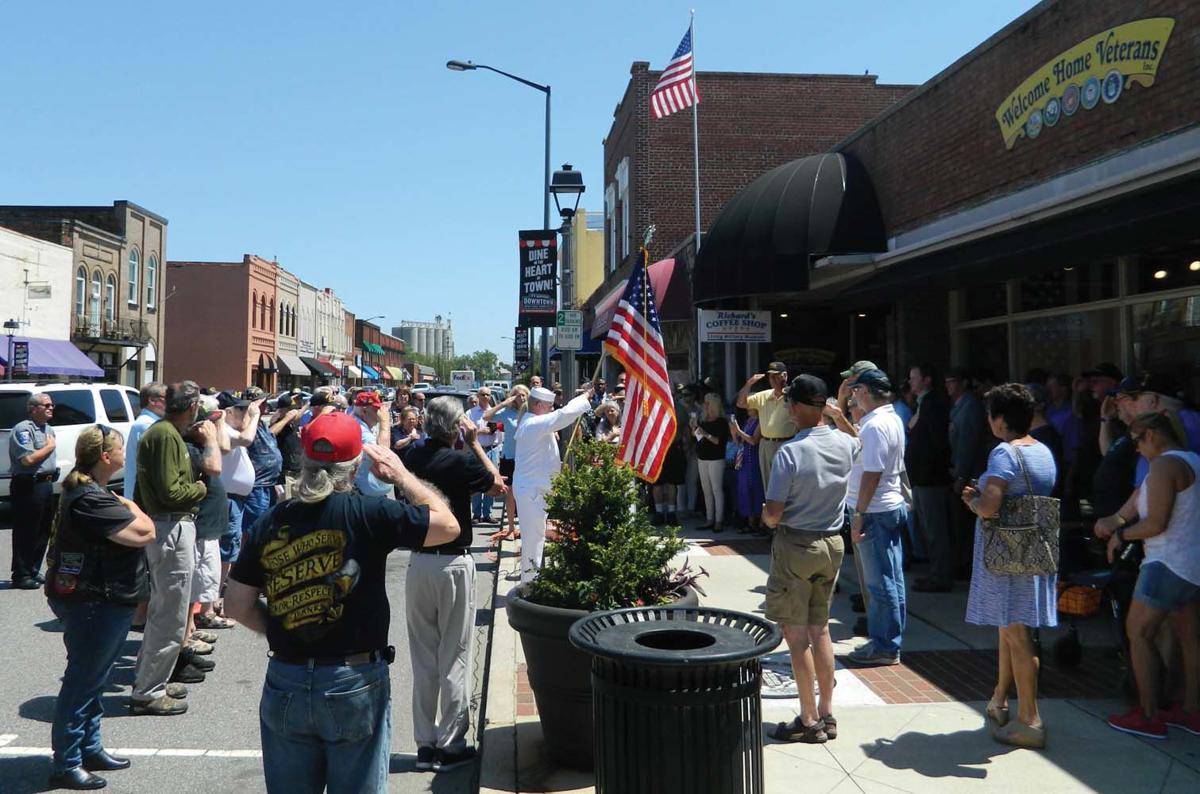 A large crowd gathers outside Welcome Home Veterans Living History Museum at Richard's Coffee Shop to celebrate the nonprofit's fifth anniversary in May 2017. 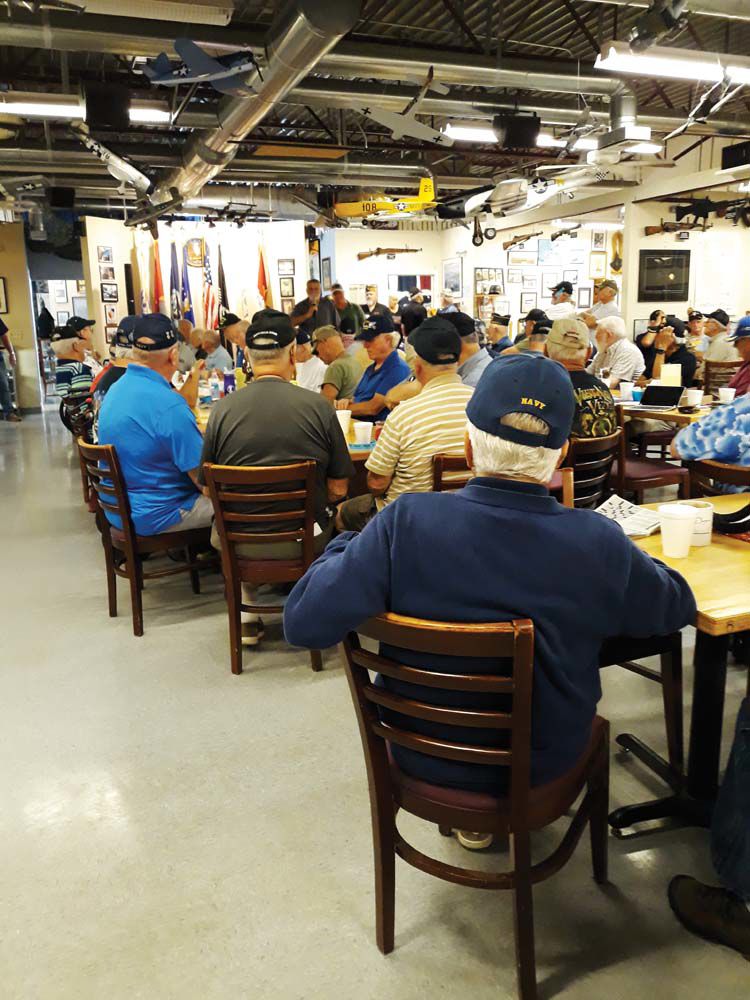 The crowd on a Thursday, when veterans receive free coffee. 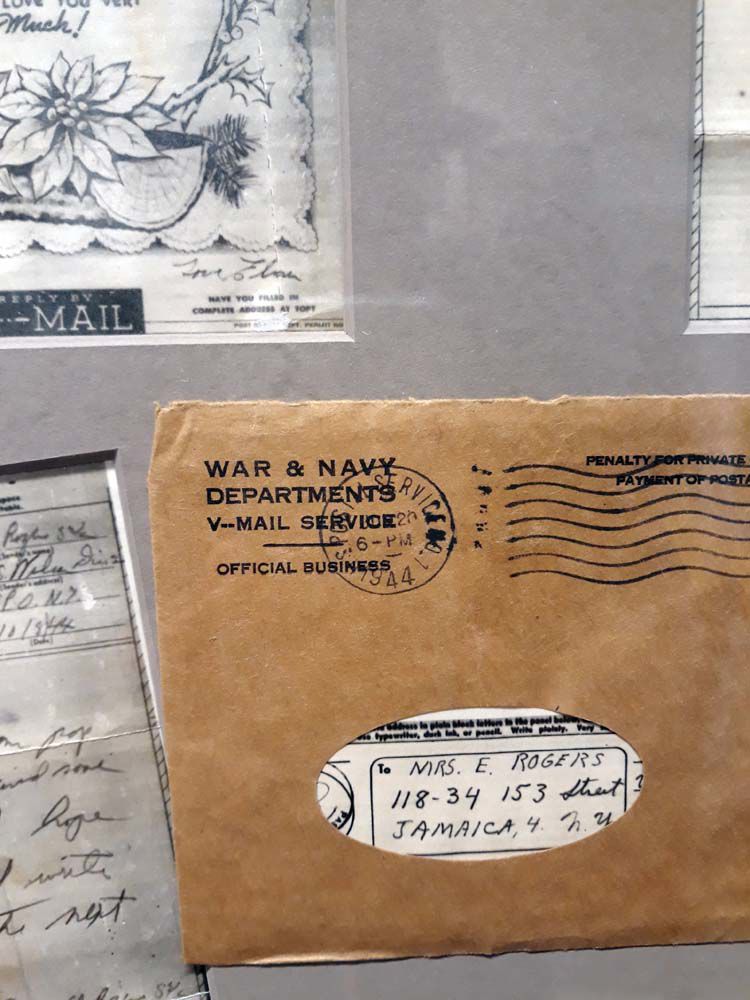 V-Mail correspondence, a miniaturized letter sent during World War II, is among the artifacts at the Welcome Home Veterans Living History Museum at Richard's Coffee Shop in Mooresville. 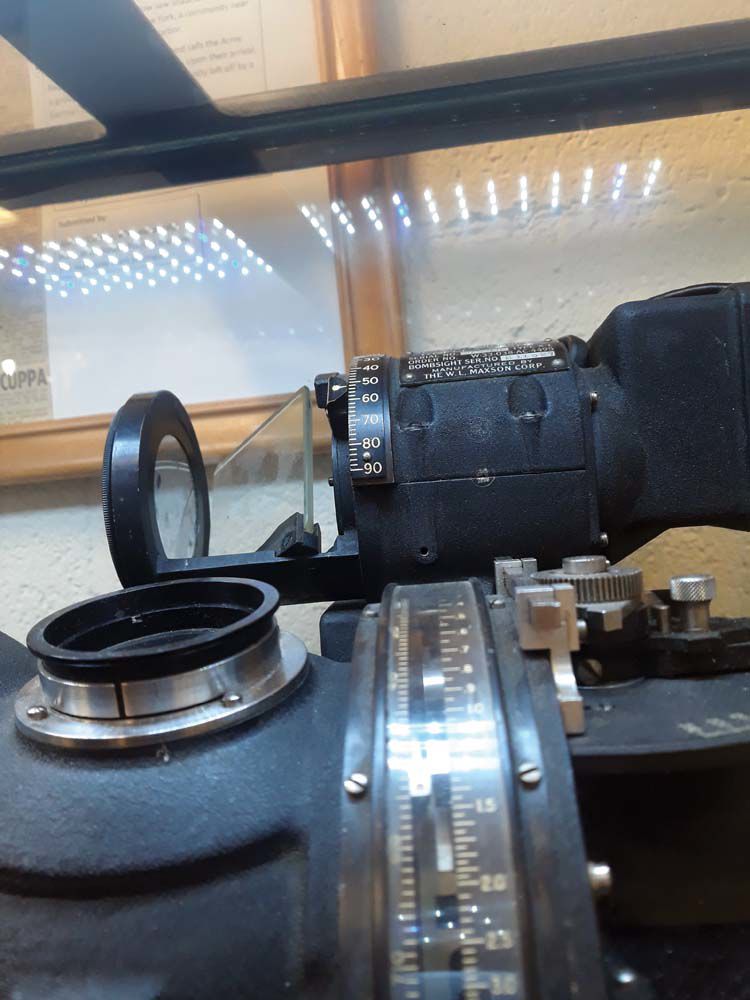 A large crowd gathers outside Welcome Home Veterans Living History Museum at Richard's Coffee Shop to celebrate the nonprofit's fifth anniversary in May 2017.

The crowd on a Thursday, when veterans receive free coffee.

V-Mail correspondence, a miniaturized letter sent during World War II, is among the artifacts at the Welcome Home Veterans Living History Museum at Richard's Coffee Shop in Mooresville.

Richard Warren had a special greeting for all veterans who walked into his Mooresville coffee shop: “Welcome home.”

He passed away in 2009, likely from exposure to Agent Orange, an herbicide used during the Vietnam War, when he flew a Huey attack helicopter. But a group of fellow veterans and volunteers carry on what he started.

The Welcome Home Veterans Living History Museum at Richard’s Coffee Shop is a nonprofit endeavor where those who served in the military can find some camaraderie, and where the public can learn about their service. Several motorcycles flying the American flag sit outside, and vests and ball caps with military and patriotic patches are a common sight inside. People chat amid artifacts from America’s past and ongoing wars.

“This is a place where, if you’re a veteran, everybody speaks your language,” says Dana Pape, a Realtor and Air Force veteran who serves on the board for the museum.

“It doesn’t matter whether you’re Army, Navy, Air Force, Marines, Coast Guard. We’re all military. We come here and enjoy each other’s fellowship over a cup of coffee.”

In 1995, Warren opened up what was initially called Pat’s Gourmet Coffee Shop, named after his wife. It soon became a hangout for local veterans, and Warren accumulated a good deal of memorabilia along the way that veterans would give him.

Shortly before he died, he began working on establishing a nonprofit to oversee the collection and support veterans, and after he passed away, some of his regulars decided to continue his legacy; they wound up moving the operation into a space across the street from the original coffee shop and set up the museum and café.

The museum has displays dedicated to both World Wars, Korea, Vietnam, Desert Storm, and the current War on Terror. Among the items in the museum are a Norden bombsight used on bombers during World War II; the key to Luftwaffe head Hermann Goering’s home; and a map made from rice paper that could be eaten to prevent it falling into enemy hands. Hanging all around from the ceiling are model airplanes, and the walls are covered in photos, letters, and newspaper clippings from the past century’s various conflicts.

“All of this memorabilia, it’s all personal,” says Jim Kiger, museum director and Air Force veteran. “It comes from vets and families of vets. Everything has a personal history. It’s all been touched by a veteran.”

The café is open six days a week, but fills up on Thursdays when it provides free coffee to veterans. The bulk of the crowd is made up of Vietnam vets, but a few World War II and Korea veterans, as well as some who’ve served during the War on Terror, show up. All told, it’s a crowd of 75 to 100 people. Kiger says the oldest regular, a World War II veteran, is 102.

Among those in a recent Thursday morning crowd is 94-year-old Don Haseley, who served in the Navy during World War II.

“I’ve been coming here for years, even back when it was across the street,” he says. “I enjoy being around the guys, and it’s great that they’re trying to educate. I like seeing those submarines in the corner, since I was on a submarine. They’re not really that well known.”

When a veteran comes in for the first time, they’re asked to sign into a “Book of Honor” with their branch and dates of service. Then, they’re given a key chain, told “welcome home,” and have a bell rung in their honor. So far, about 20,000 veterans from around the country have signed the “Book of Honor.”

“What’s really special about this place is not the coffee, which is pretty much what we’re used to getting in the military — not the frothy, foamy stuff,” Pape says. “But rather, it’s the fellowship that goes on. I walked through these doors for the first time in 2017. I was stressed out, and I wanted to be in a place where I could be around other veterans. And I could immediately feel that stress leave when I came in here.”