The Mozart Club presents Handel's 'Messiah' in 2018 at Reynolds Auditorium. This was the 86th year the club has performed Messiah during the Christmas season. 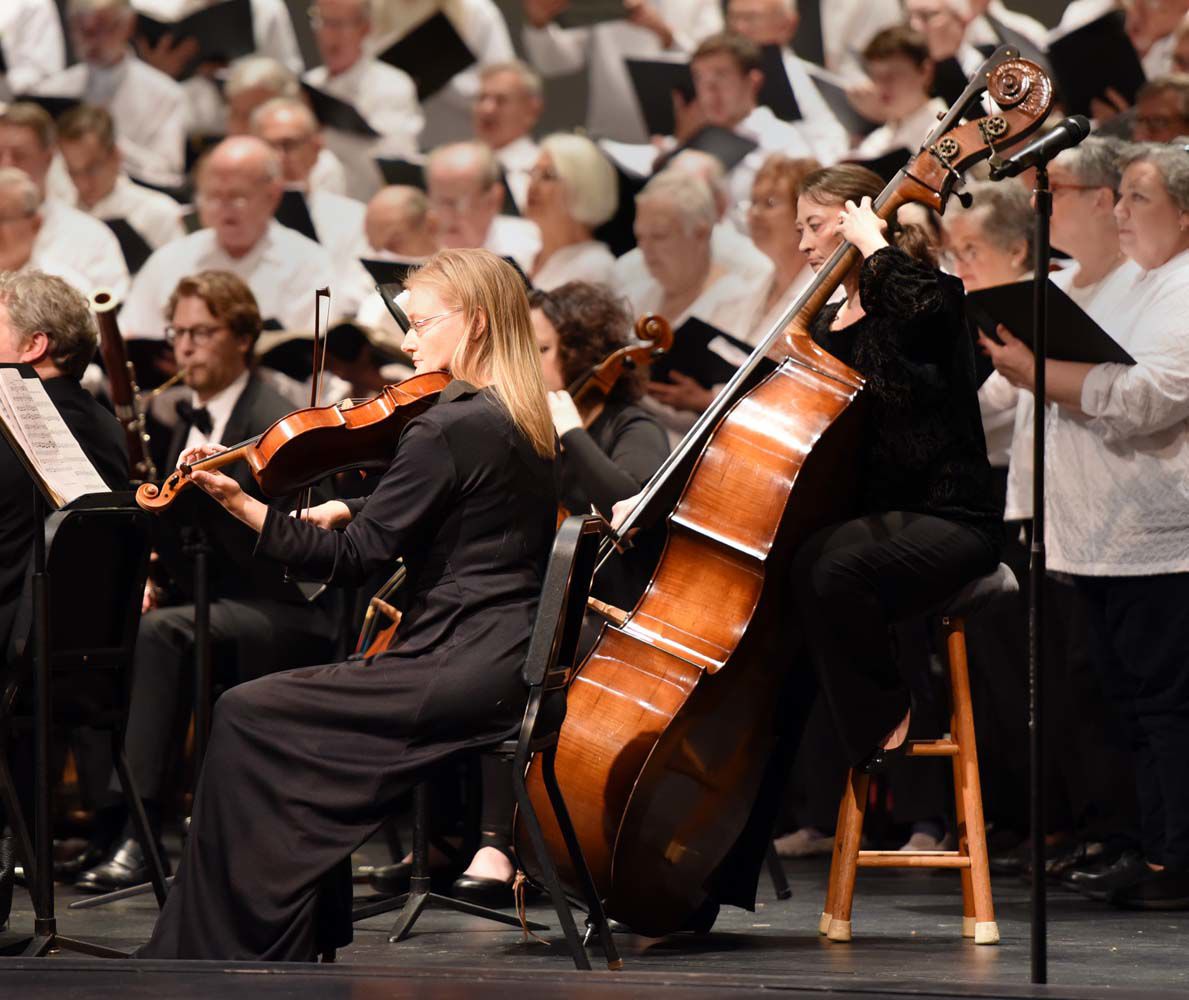 Marian Wilson plays viola and Mara Barker plays contrabass with the orchestra during the Mozart Club's presentation of Handel's 'Messiah' in 2018 at Reynolds Auditorium. 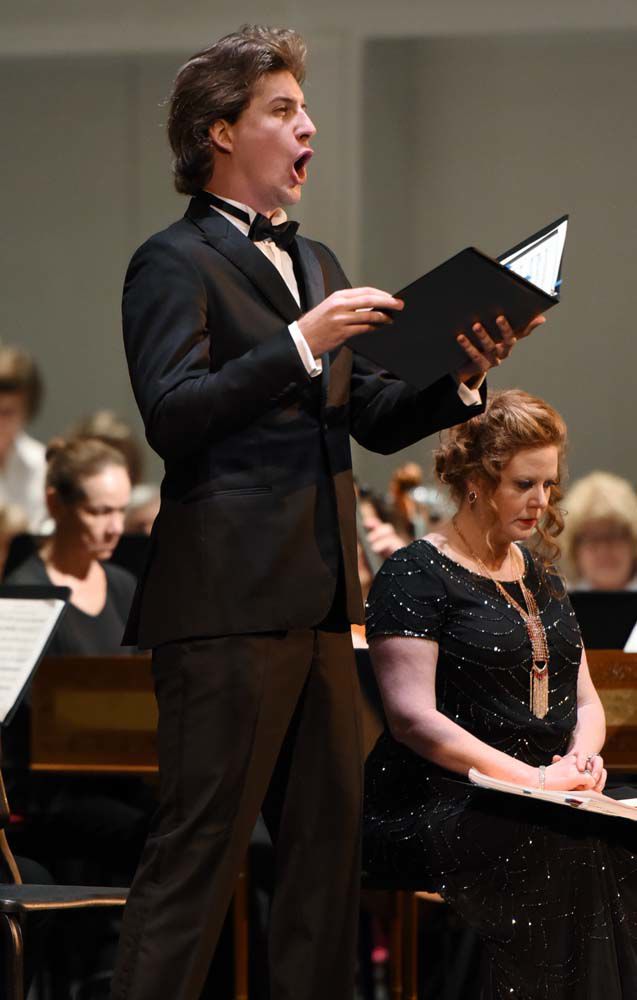 Bass Karl Buttermann performs a solo in Part I of Handel's 'Messiah' as presented by the Mozart Club in 2018 at Reynolds Auditorium.

The Mozart Club presents Handel's 'Messiah' in 2018 at Reynolds Auditorium. This was the 86th year the club has performed Messiah during the Christmas season.

Marian Wilson plays viola and Mara Barker plays contrabass with the orchestra during the Mozart Club's presentation of Handel's 'Messiah' in 2018 at Reynolds Auditorium.

Bass Karl Buttermann performs a solo in Part I of Handel's 'Messiah' as presented by the Mozart Club in 2018 at Reynolds Auditorium.

It’s one of the most performed pieces of music in the world.

“Messiah,” written by classical composer George Frederick Handel, tells the story of the birth, death, and resurrection of Jesus Christ in musical terms.

Composed in 1741 and almost immediately a hit, the piece has never gone out of style; some websites claim that in 2018 alone, there were almost 750 performances.

Locally, the work is performed every year by the Mozart Club, an organization composed of professional soloists, an orchestra, and chorus volunteers. Now in its 87th year with an annual audience of more than 1,200, the tradition is a community treasure.

“It bridges generations,” says Greg Powers, board chairman of the Mozart Club. “People who have attended the performance or sung in the chorus come back and bring their children and grandchildren. It’s timeless.”

A piece with that much history must also have a backstory. Here are five things to know about Handel’s “Messiah.”

This piece could be called a lot of things: a musical masterpiece, a choral tour de force, or a holiday tradition. Just don’t call it pretty — at least, not within earshot of conductor James Allbritten, who also serves as general director of Piedmont Opera.

“Oh, it’s gorgeous,” Allbritten says, “but the magic is the story we’re telling. Whatever your faith tradition, whatever you personally believe, it’s an incredibly powerful, dramatic story, and if we’ve done our job well, the audience will feel every emotion with us and know it’s more than a pretty piece of music.”

2. It may have been divinely inspired.

At the time that Handel wrote the piece, he needed a hit badly. The operas that had made him a sensation in England had fallen out of favor, and creditors were circling. According to legend, he prayed for inspiration, and he got it. Working steadily, he wrote the music in just 24 days.

Handel is said to have marveled at the end of his writing marathon, saying, “I did think that I saw the whole heaven before me, and the great God himself.”

3. It’s appropriate to stand for the hallelujah chorus; singing along is optional.

This famous chorus is the highlight, and the halfway point, of the entire work.

The tradition of standing is said to have started with King George II, who attended the London premiere in 1743 and was so moved by the music — or ready for a stretch — that he rose to his feet. When the king stood, everyone else had to, and the tradition stuck. Despite whether the king sang or not, audiences today find it hard to resist.

From the performance’s first year in 1932 until the 1990s, the four soloists, the conductor, and key instrumentalists were hired from bigger cities and organizations. Then, the Mozart Club’s board members came to a realization.

“We realized we didn’t need to do that,” Powers says. “There are musicians right here in town who have sung at the Met or played in the big venues. There is enormous talent in the state, and they’re all such warm people who are very generous with their time.”

5. The chorus is open to anyone.

There are no auditions and no cuts; any singer who feels up to the challenging music and can commit to the rigorous rehearsal schedule can join the chorus and work with the conductor, chorus master, and orchestra members, who are all professionals.

“We’re blessed to have people who feel it’s important to share what they know with amateurs and have a passion for this work,” Powers says. “There are so few opportunities, in today’s society, to be a part of music like this. It’s a chance to come and be inspired. It never gets old.”

Cost: Free, but donations are accepted.