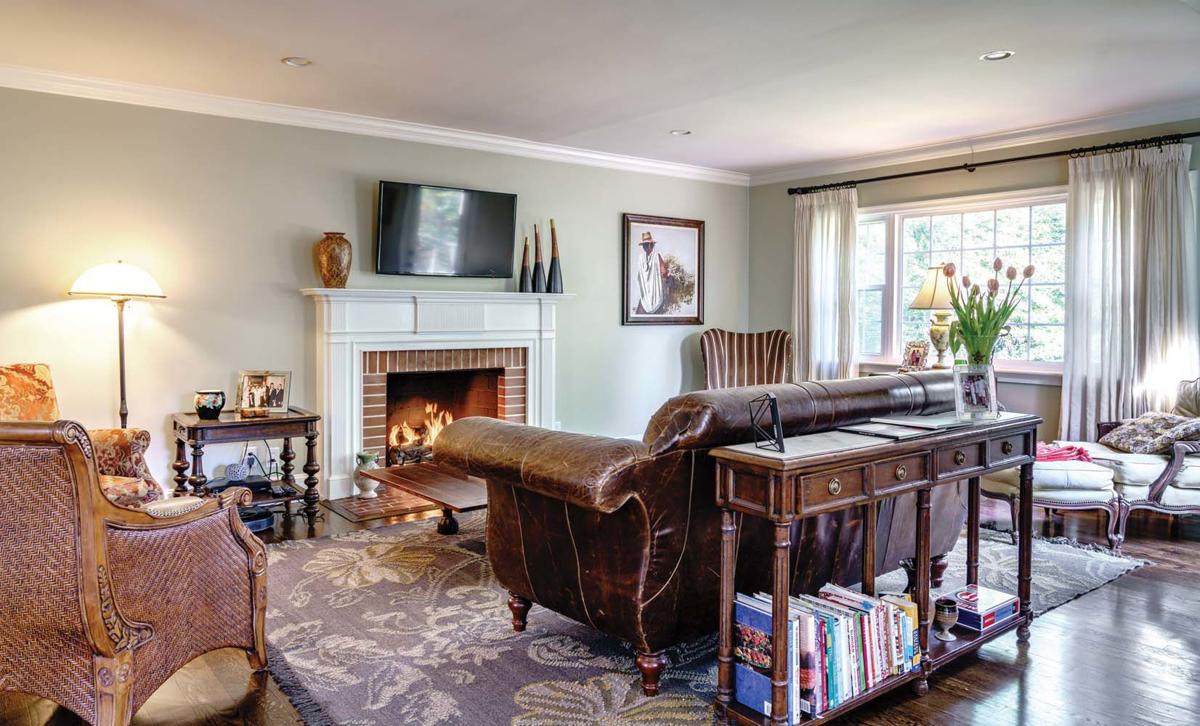 The casual living room is full of warm and inviting colors. 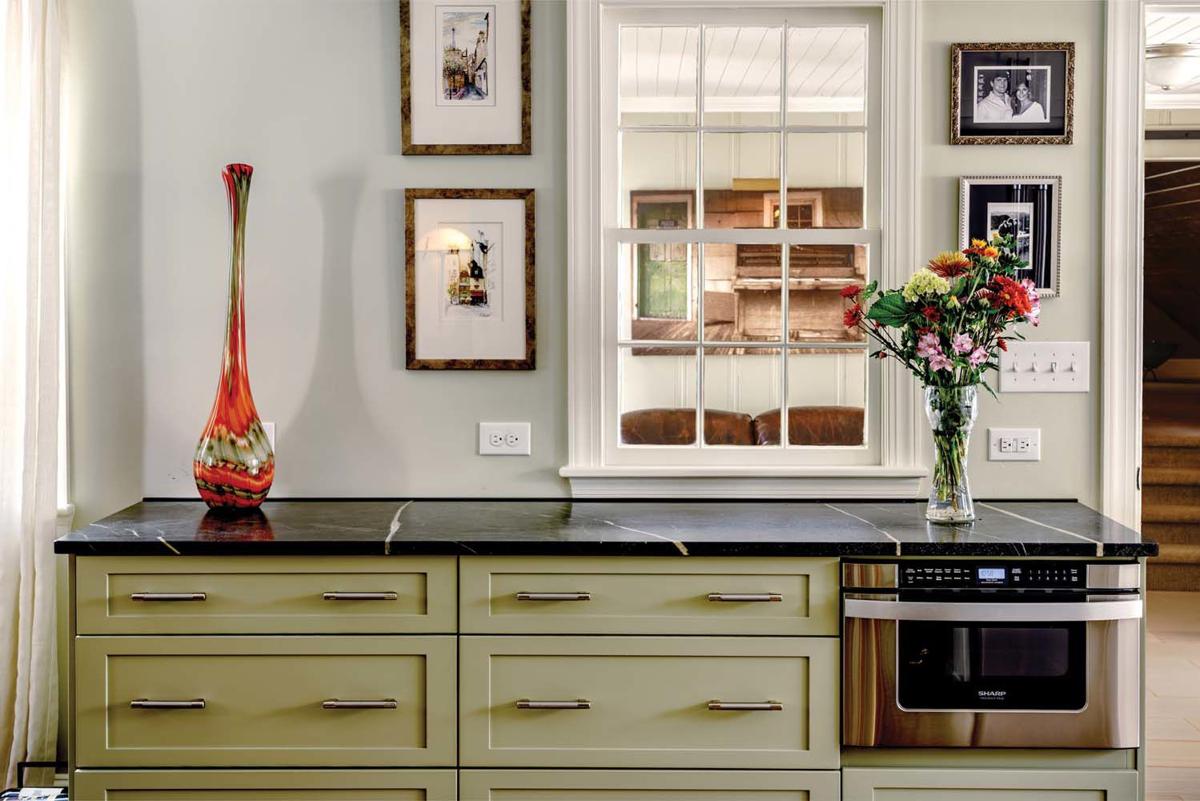 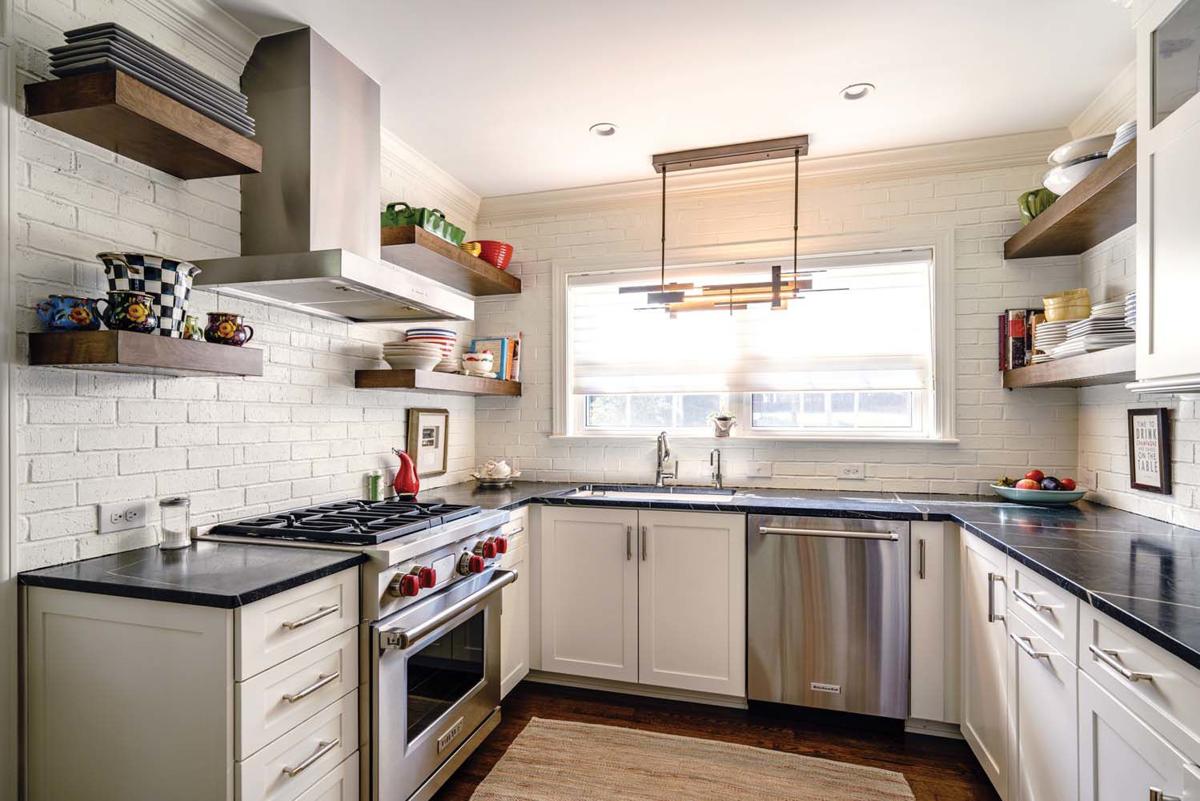 Floating shelves and custom lighting in the kitchen add a contemporary touch. 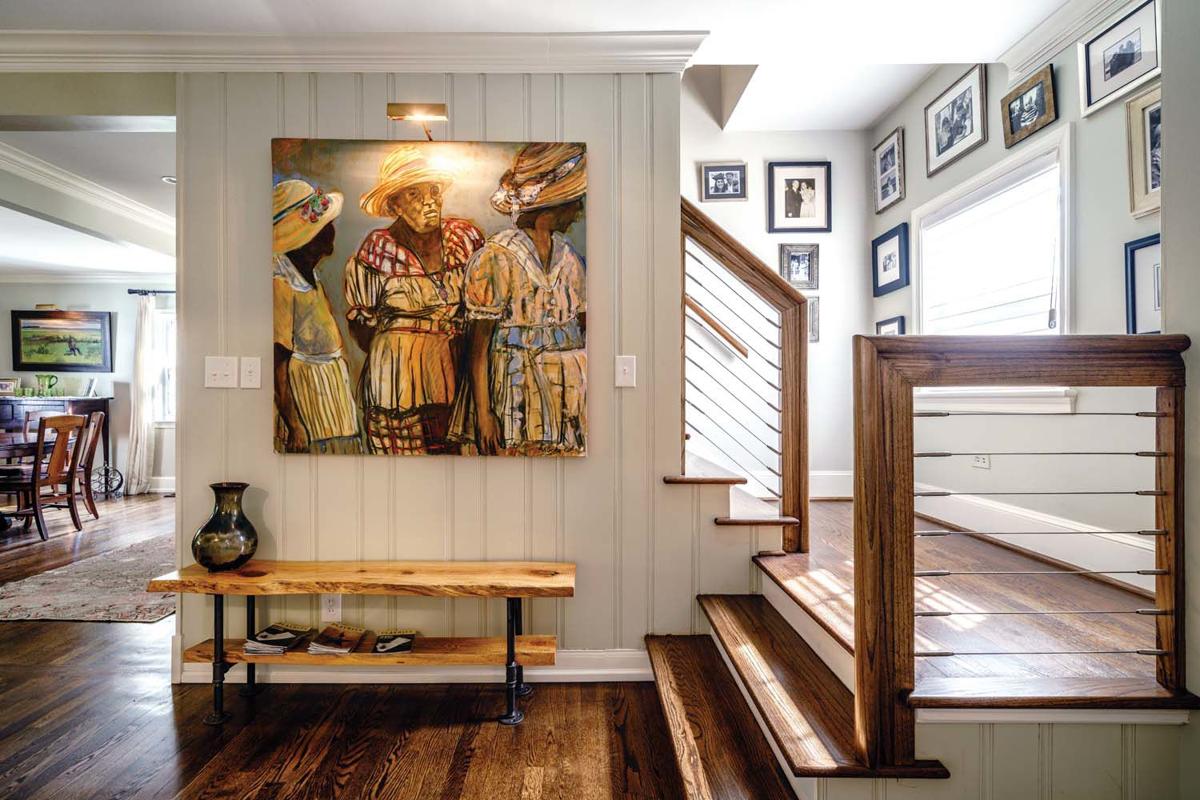 The entryway features a treasured Gullah painting and a family photo wall along with cable raining to lend a bit of a modern feel.

A converted attic space is now a media room with a stained wood ceiling to provide a cozy, cabin feel. 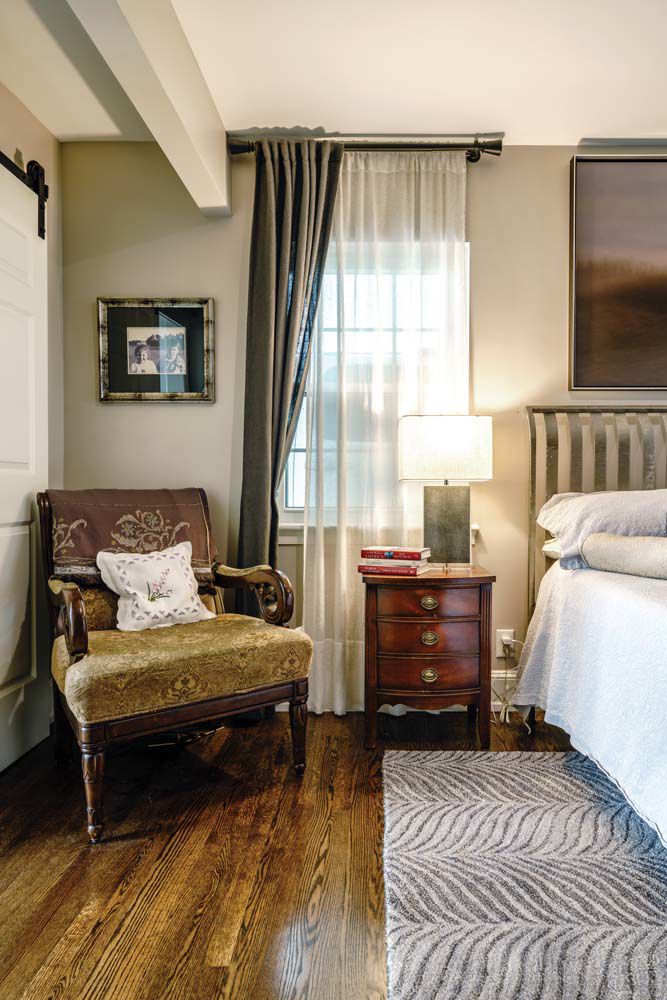 A beautifully styled sitting area in the master bedroom creates a peaceful place to rest. 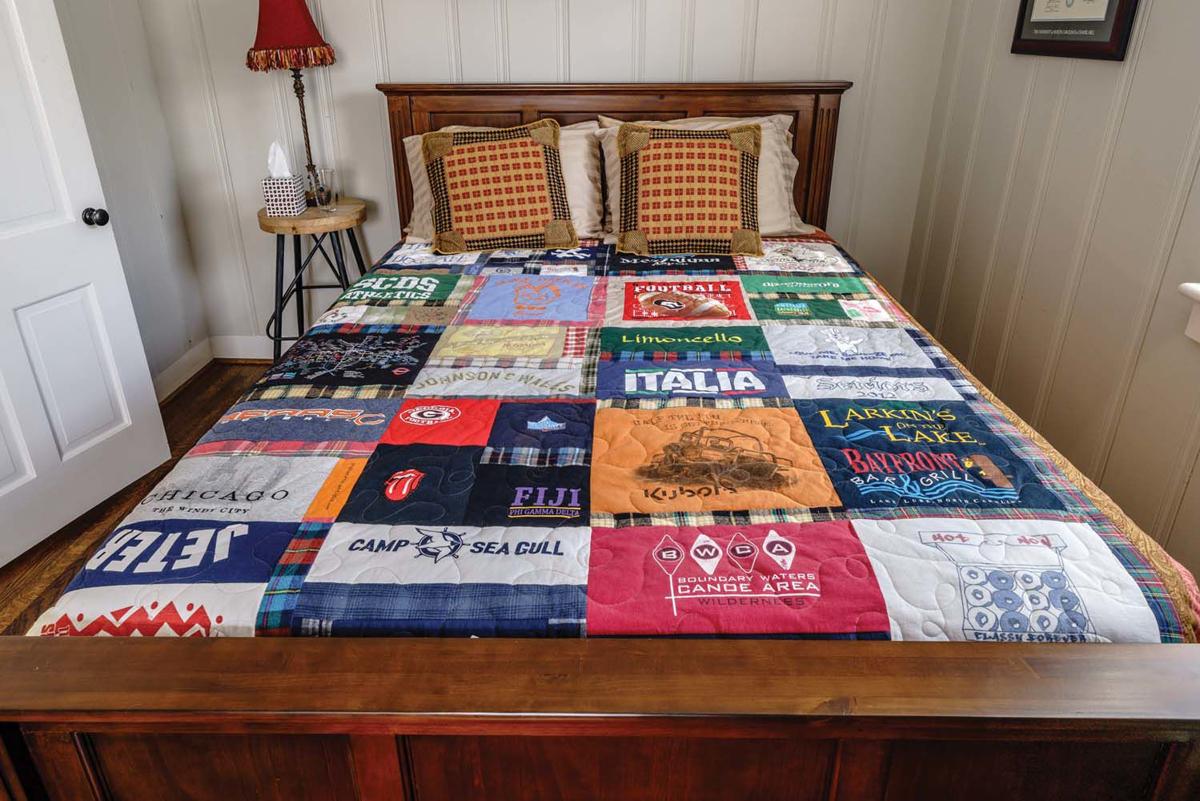 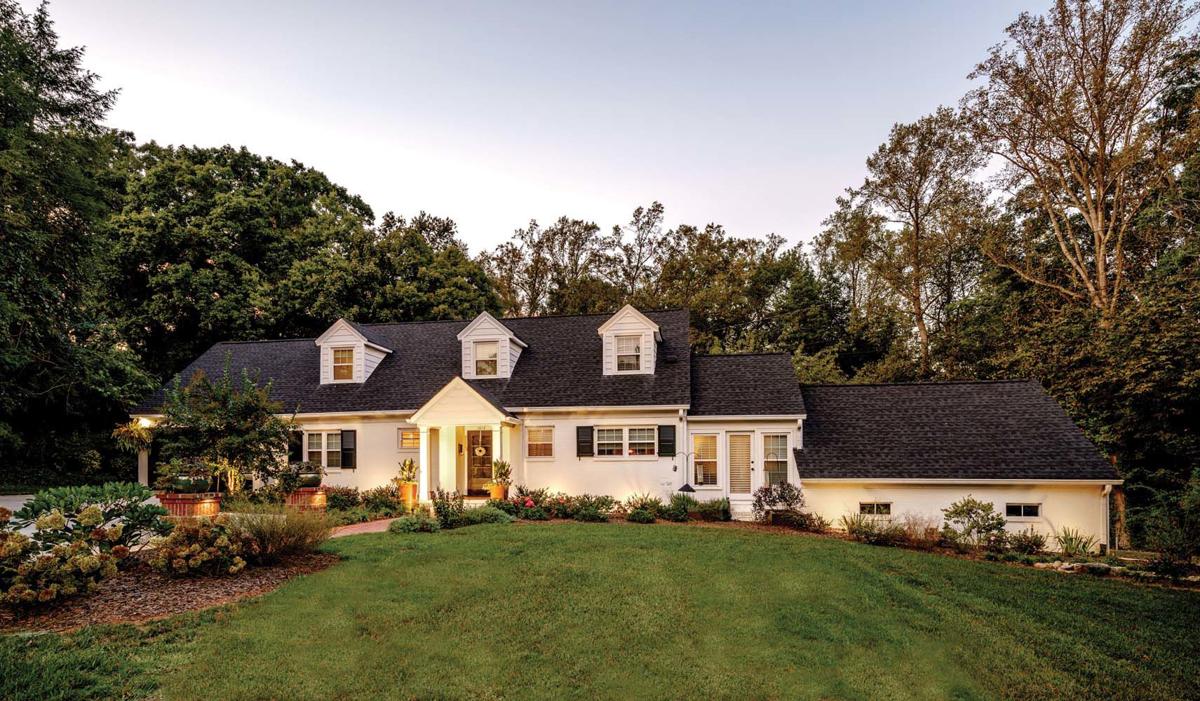 Well-planned landscape and lighting helps to show off the Buena Vista home at dusk.

The casual living room is full of warm and inviting colors.

Floating shelves and custom lighting in the kitchen add a contemporary touch.

The entryway features a treasured Gullah painting and a family photo wall along with cable raining to lend a bit of a modern feel.

A converted attic space is now a media room with a stained wood ceiling to provide a cozy, cabin feel.

A beautifully styled sitting area in the master bedroom creates a peaceful place to rest.

Well-planned landscape and lighting helps to show off the Buena Vista home at dusk.

Several years ago, after selling their 30-acre farm in Lewisville and sending their children Jo and Jake off to college, Dave and Karen faced a pivotal, if not exciting, decision: where to spend the rest of their lives?

Hilton Head was an option. The popular resort town is where Dave and Karen moved as young adults to pursue professional careers; Dave relocated from upstate New York to start his own construction business building upper end homes, while Karen left Ohio for the coast to become a financial insurance executive. Islands being what they are (i.e. small); Dave and Karen eventually met and married.

They also considered moving to Charleston, a city they fell in love with: rich in history, the arts, and excellent medical facilities — some of the same highlights as Winston-Salem.

As they pondered their choices, Dave and Karen temporarily rented a home on Reynolda Road. They had both grown up in the country, but the more time they spent on the edge of the city, the more they both realized they liked urban life. They thought about their friends at the coast and the pull of Hilton Head’s familiar surroundings and asked themselves, “Why start over again when we have everything we want right here in town?”

Once the decision to stay in Winston-Salem was made, the couple began to search in earnest for the perfect home, one they could make their own with a little TLC, if not a major remodel. Early every evening, Karen would walk their two golden retrievers (Molly and Ellie) down a different road, memorize a couple of different addresses, and come back to look up their details online. After what seemed like an endless search, they finally found the ideal three level home that checked all their boxes. Built in the late 1940s or early 1950s, it needed renovations, but unlike so many other homes they’d seen, this one was move in ready.

The couple contacted Quinn Pillsworth, the architect who had helped them with their Lewisville home years before. They also reached out to their good friend and interior designer Peggy Norris of Kiawah Island to work with them on the interior design. Norris had worked with Dave on the interiors of a number of his clients’ oceanfront homes in Hilton Head and had become a great friend.

Pillsworth worked with the couple on the exterior of the home, suggesting the removal of trees, the design of a carport, painting the existing and tired red brick white, and designing the shutter treatment. He worked with Karen to design a pleasing and functional back deck space.

Once the interior architecture was complete, the construction commenced. Dave and Karen moved to the top floor, which, except for some cosmetics and the addition of a heating and cooling system, remained mostly unchanged architecturally. They moved all of the existing appliances to the bottom floor for their temporary kitchen, and began totally stripping the main floor to the bare studs. It’s here where Karen, Pillsworth, and Norris worked their magic.

With the studs exposed, Dave had the electrical, plumbing, and insulation brought up to code. Pillsworth combined two old-style bedrooms and a bath into a luxurious master suite and bath, adding “his” and “her” barn door closets and a beautiful powder room. He removed two claustrophobic bookcase systems, two dining room walls, and with the incorporation of steel beams, totally opened up the main living spaces.

Finally, the old dusty attic space over the garage was converted to a modern, beautiful, and cozy media room. The connecting space between the kitchen and the new media room became Karen’s office.

Once Karen and Dave could move the temporary kitchen back to the main floor, they were able to add an office for Dave, and a spacious, well-lit laundry room on the ground floor.

The hardwood floors were stained dark, and Karen and Norris developed a soothing color scheme along with the addition of some exciting light fixtures. It has all come together, and they couldn’t be happier with their choice of home, their changes to it, and most of all, their decision to remain in Winston-Salem.