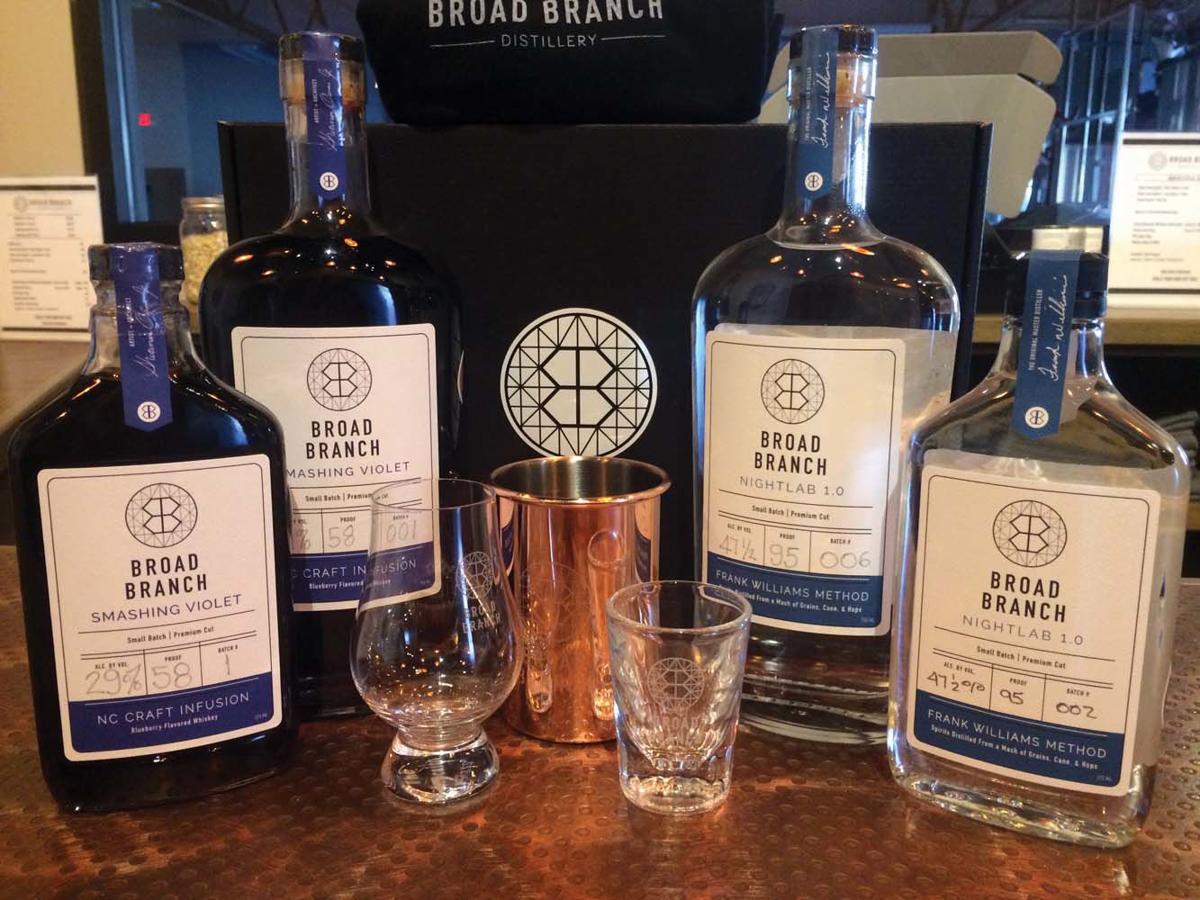 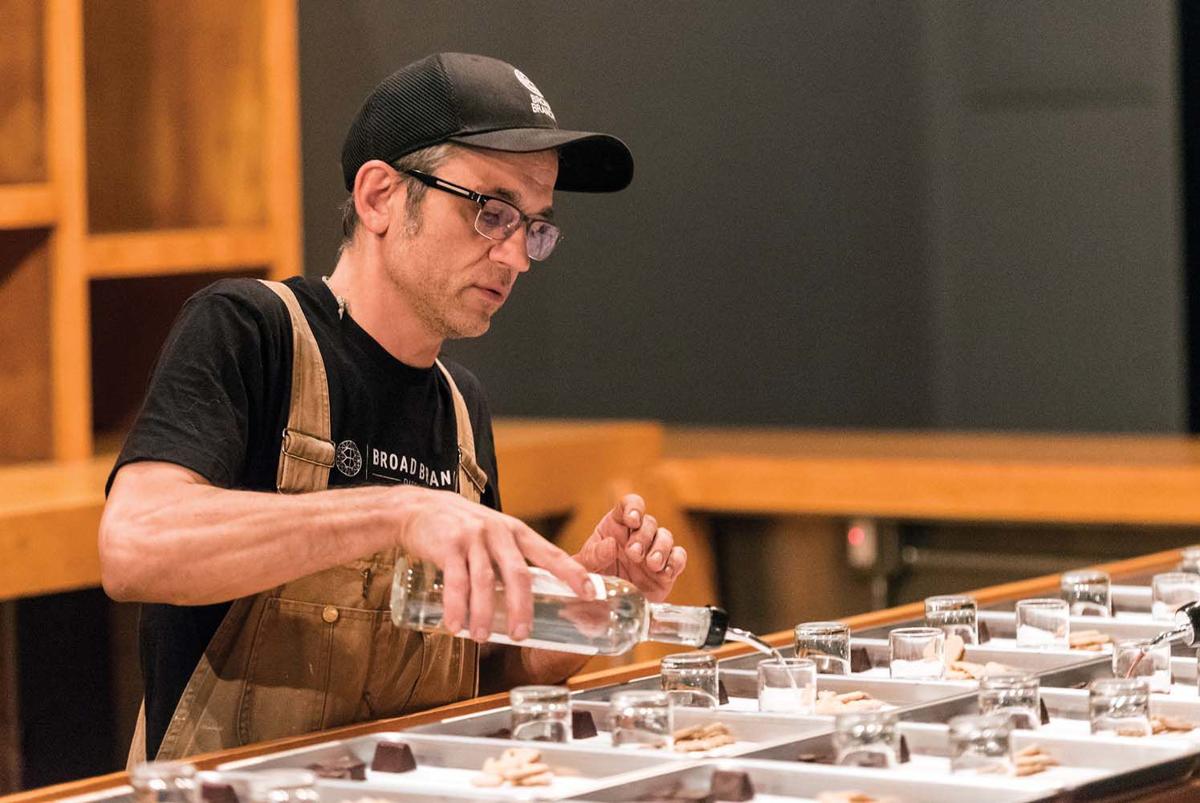 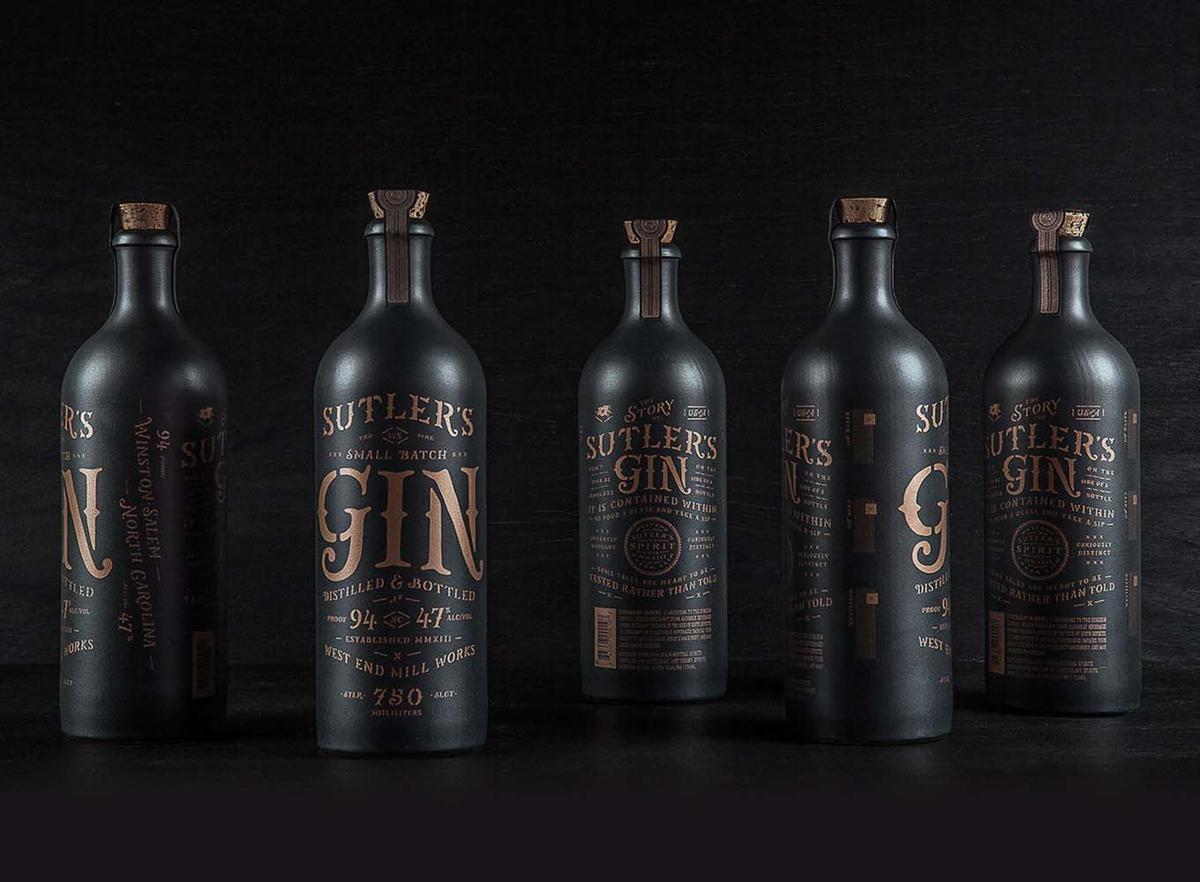 While Sutler's Spirit Co. focuses on gin, it's starting to ramp up operations for rum. 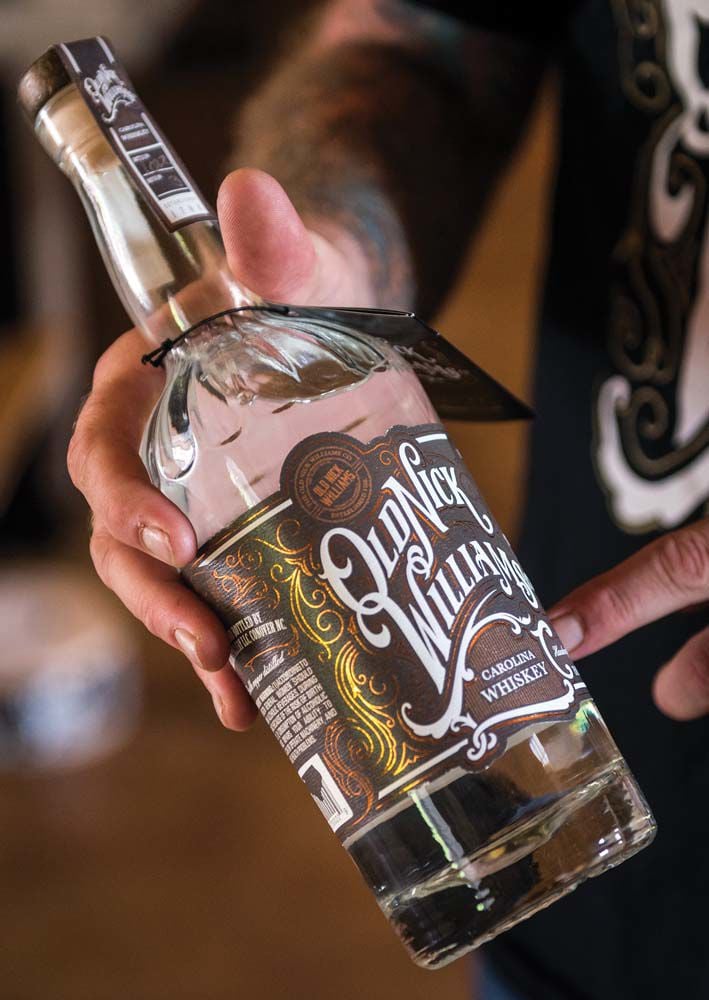 While Sutler's Spirit Co. focuses on gin, it's starting to ramp up operations for rum.

Winston-Salem’s distilling history dates back to 1774 when the Single Brothers’ Brewery & Distillery first opened. It was run by the Single brothers of the Moravian church; two unmarried men who were at least 18 years old. They lived together in the Single Brothers’ House during the late 18th- and early-19th centuries, and ran several businesses together. The brewery and distillery was in operation for nearly 35 years.

Since then, the city has seen the success of three local distilleries, two of which have been featured on the Discovery Channel’s series “Moonshiners: Whiskey Business.” We spent some time talking history with each of them, and learning more about their approach to “getting in the spirit.”

An English degree and years of performing music with a band makes one poetic bartender.

And if Joe Tappe is behind the bar at Broad Branch Distillery, expect a dose of imagery with that sample of Rye-Fi whiskey. He serves it — often wearing his trademark denim overalls — while setting the scene for his customer like a playwright for his audience.

Long before becoming Broad Branch’s head distiller, Tappe earned his degree at Wake Forest University. He dedicated much of his career to being a dad to two children. Parallel to that, though, has been his lifelong love for music. In fact, music is a theme throughout Broad Branch and there’s always something playing at the distillery. Owner, John Fragakis favors ’60s beach music, and Tappe’s own playlist might churn out anything from jazz to rap.

“When we think of making liquor, we think about it in a musical sense,” he says.

Broad Branch has five offerings that include Sungrazer, an Old-World style, coastal Carolina amber rum, and Smashing Violet, an infused whiskey that incorporates hand-pressed Eastern North Carolina blueberries. Its Nightlab 1.0 is inspired by the legendary third-generation distiller, Frank Williams (not to be confused with the Old Nick Williams operation). Williams cooked his first mash at the age of 8, ran his own still at 12, and bought his first car to run whiskey at 13. The Alleghany County native approached Fragakis and the late Nick Doumas about carrying on the tradition of using the Williams family recipes.

Tappe calls it an honor to do so.

“Frank made liquor from the heart outward,” Tappe says. “He embodied the Scotch-Irish distilling tradition in this part of the country. It’s our duty to keep this tradition alive. In every decision we make, we think about following Frank’s lead: make the best possible spirit, no shortcuts.”

The bottle grabs your attention. Smooth onyx with an overlay of what could pass for handwritten old English lettering.

Be sure to look for the special, handwritten message on the bottom of each bottle.

Sutler’s Spirit Co. headquarters is in West End Mill Works, a community of makers, creators, and doers with a very strong Asheville kind of vibe. Owner and distiller, Scot Sanborn, started distilling rum as a hobby more than a decade ago. The more time he put into it, the more he began thinking that this hobby could turn into something more.

He likes the taste of gin, and since it doesn’t require aging, he started looking for a spot where he could start distilling it. He landed in Winston-Salem because he was looking for the right energy for his new business; a spirit of support and collaboration. He found that with Jason Thiel and the Downtown Winston-Salem Partnership.

“He [Thiel] was the main reason I decided to start in Winston-Salem,” Sanborn says.

When he opened Sutler’s six years ago, it became Winston-Salem’s first legal distillery since the Single Brothers’ more than two centuries ago.

“I’m grateful to this city,” he says. “If it hadn’t been for Winston-Salem, I never could have done this.”

Sutler’s is sold in ABC stores throughout the Carolinas and Tokyo, Japan. That international connection came about when a former Winston-Salem resident, now living in Tokyo, came across Sutler’s. He liked it so much that he decided to promote and sell it back in Japan.

But back at home in Winston-Salem, Sutler’s operation is outgrowing its modest space. Tours have been put on hold because the cozy tasting room has been overtaken by pallets of bottled gin, ready to be shipped.

There’s also something else brewing — rum. Sanborn’s going back to his roots and aging Sutler’s first official batch of rum. Sanborn isn’t making any predictions about when it will be ready for bottling, but he’ll know it when he tastes it.

Zeb Williams is doing what he’s always wanted to do.

The father of a college-bound daughter says his own career goals were vocalized when he was just a kid.

“I would tell kids in third or fourth grade that I wanted to run a distillery,” he says. “This is always what I dreamed of doing.”

Given his family history, his aspirations weren’t out of left-field.

Old Nick Williams Farm & Distillery in Lewisville started producing whiskey in 1768. It was one of the state’s first distilleries, passed from father to son until the late 1800s. The family business thrived, and then died with Prohibition. Now the great-grandson of its namesake has brought it back to life.

In the Discovery Channel’s episode about their business, Williams took the crew to the spot where revenuers disposed of more than 22,000 gallons of liquor after Prohibition — an estimated value of more than a half million dollars. As youngsters, he and his cousin, Matt, dug around in glass piles, hoping to find an elusive bottle that slipped past the revenuers. One day, they actually found a bottle, half empty, but intact.

In 2011, Zeb and Matt started talking about reviving the family business. They opened the distillery and tasting room two years ago on the family farm. Inside, there’s a small museum of the Williams family whiskey-making history. Visitors can peruse old photos, official documents, and view original whiskey bottles resurrected from the property.

Old Nick Williams produces Carolina Whiskey, Carolina Bourbon Whiskey, and several styles of rum. Williams turned his childhood dreams into a reality — a testament to his commitment to family traditions.