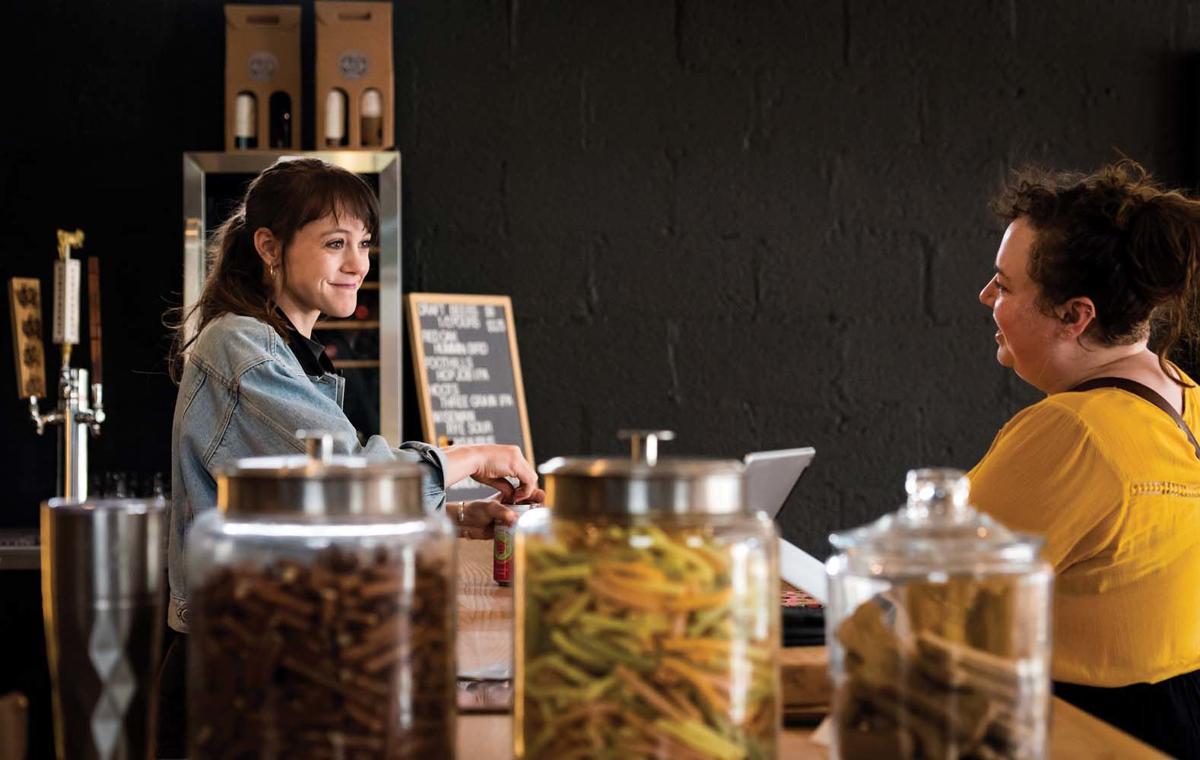 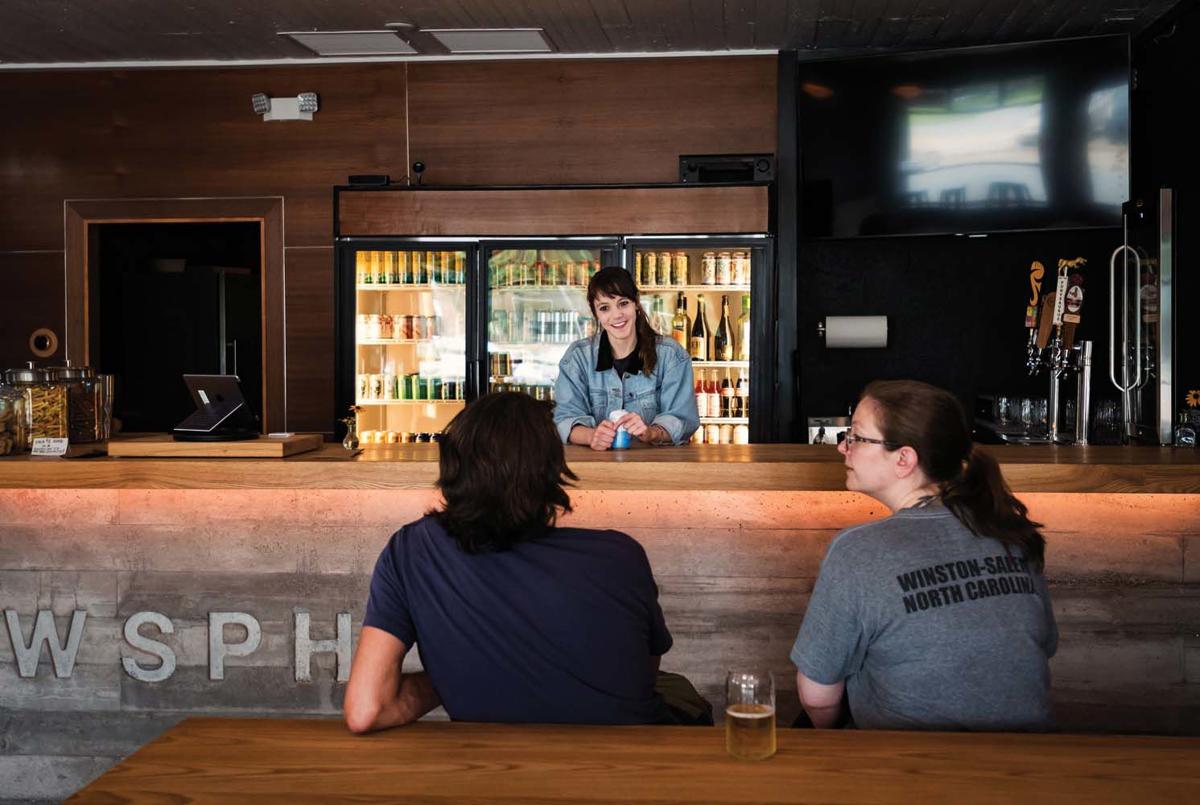 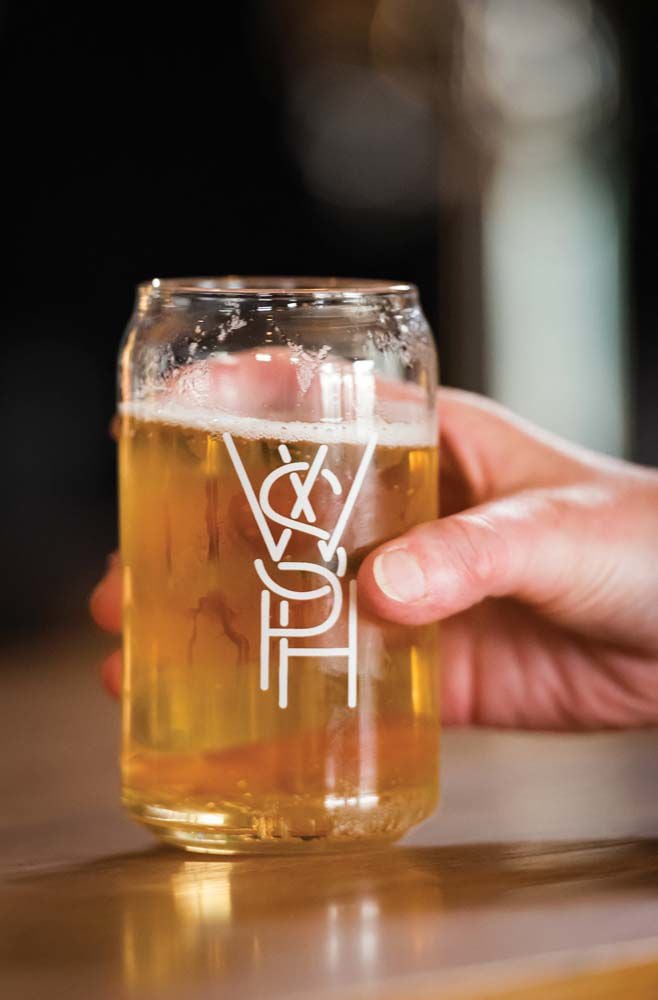 Jessica McClure reaches for her glass of cider at West Salem Public House on Tuesday, July 9, 2019.

The bar has a wine club, Slate and Cedar, and provides two bottles per month. 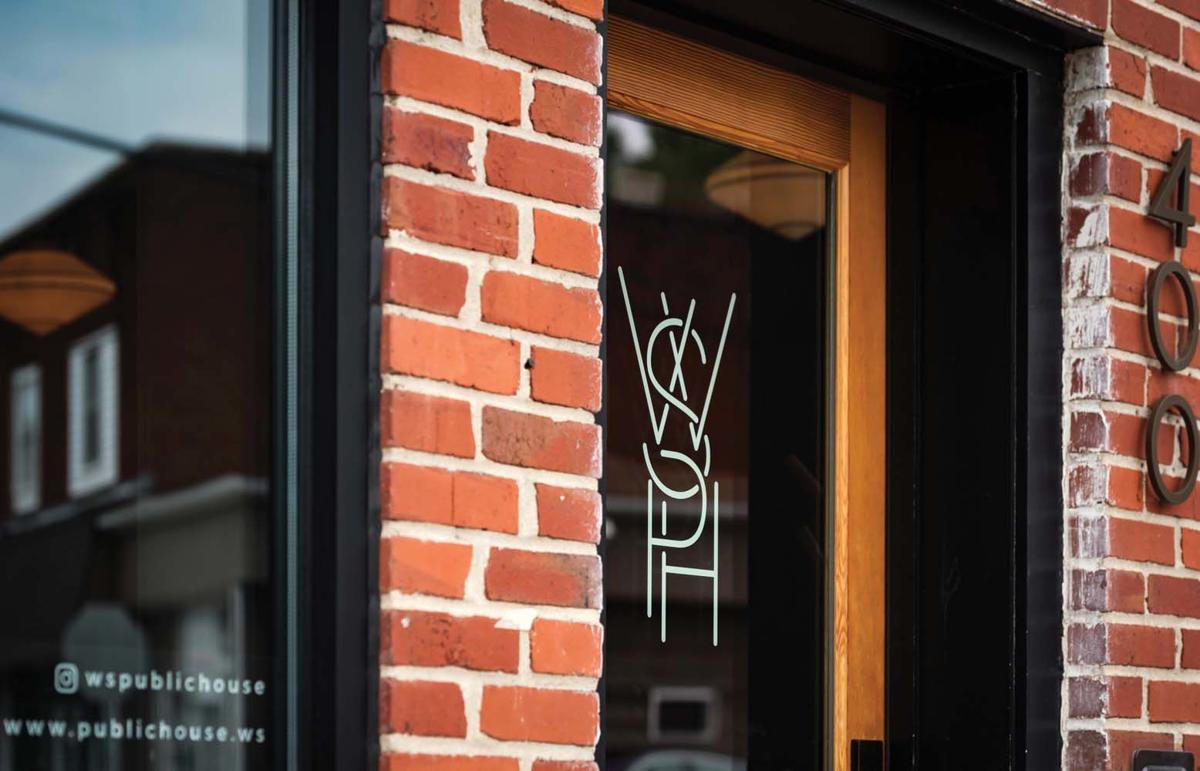 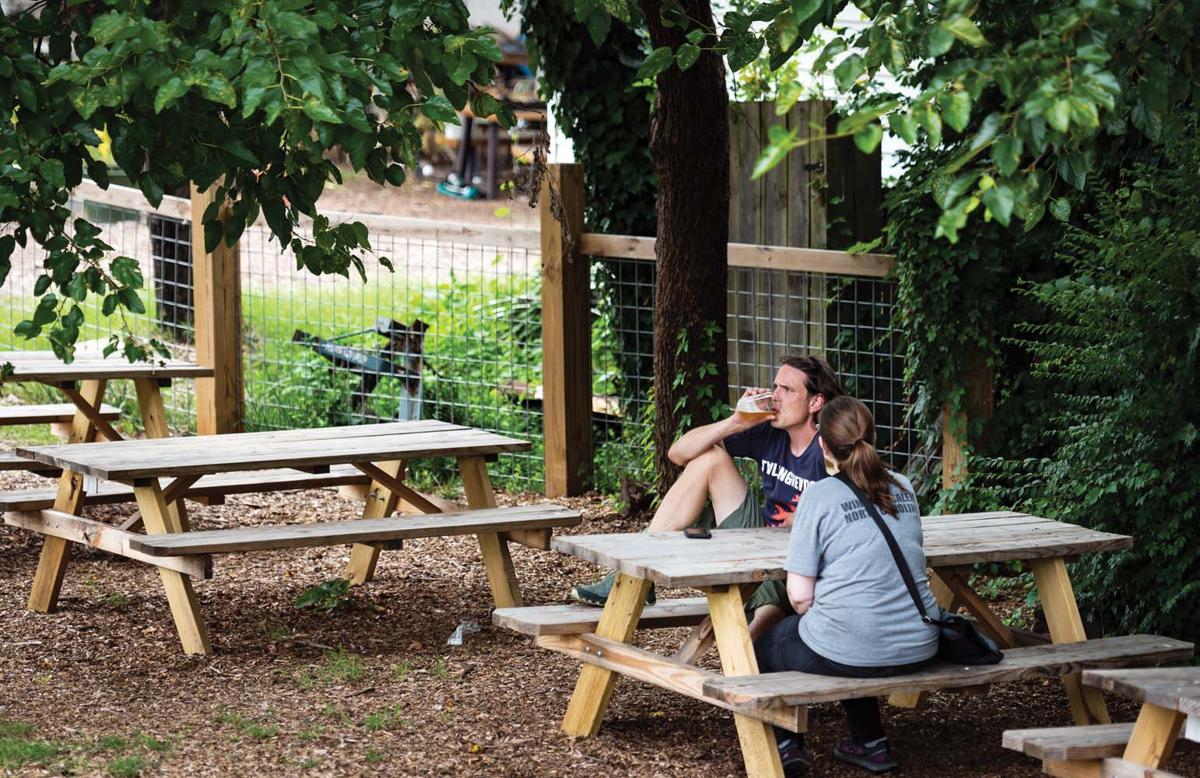 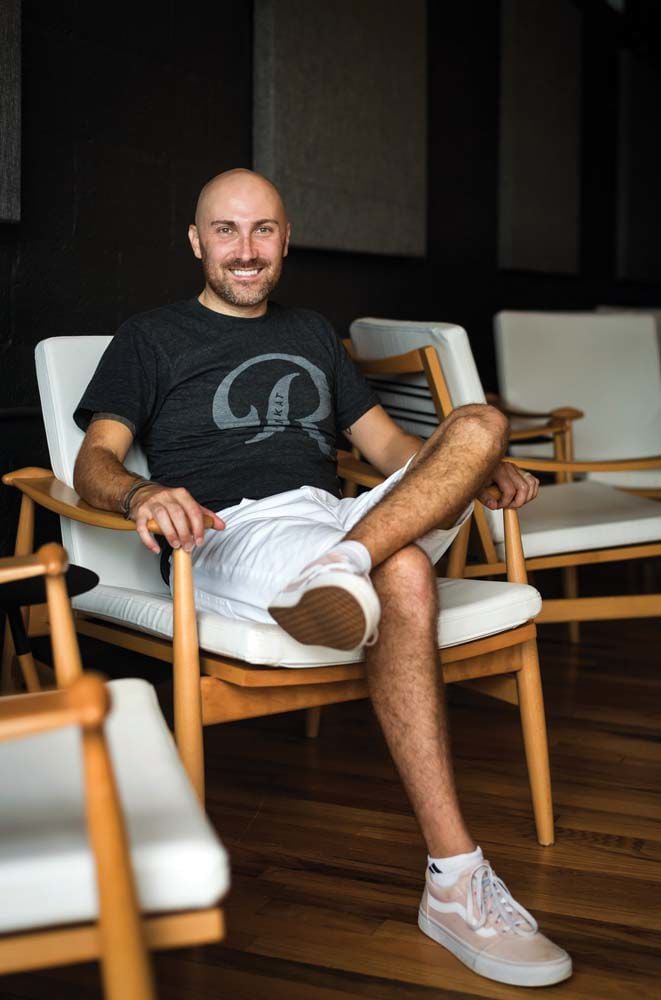 Austin Pfeiffer, co-owner of West Salem Public House, wanted to create an atmosphere that blended a British pub with an updated aesthetic.

Jessica McClure reaches for her glass of cider at West Salem Public House on Tuesday, July 9, 2019.

The bar has a wine club, Slate and Cedar, and provides two bottles per month.

Austin Pfeiffer, co-owner of West Salem Public House, wanted to create an atmosphere that blended a British pub with an updated aesthetic.

West Salem Public House feels more like a brewery than a bar, with groups and couples gathered at tables and cozy chairs inside, and on picnic tables in the grassy space out back.

In fact, the public house is the predecessor of the saloon and modern bar. Instead of individuals sitting at the counter, cowboy-style, there are tables and an open floor. Even the bartender has a different name: Publican.

“The Publican is like party host, standing [behind the counter] as customers run back and forth between bar and table, crossing each other’s paths and interacting with other tables,” says co-owner Austin Pfeiffer. “It’s a communal spirit, and that is a historical mark of a public house and a guiding principle for us.”

Pfeiffer came up with the idea of a public house when he wanted more options for a “third space” in town — that is, a place that isn’t home or work.

“Chatting loud is frowned upon in some cafes, and some breweries are quite loud,” Pfeiffer says. “I wanted to create a hub for community gathering, and a space where people could read and have good conversation.”

Pfeiffer, who has a background in coffee, beer, and wine, “bugged” his friend Hayes Wauford, executive vice president of a local construction company, to turn the land he owned — and the dilapidated shed on it — into a public house.

“I wanted to create the vibe of a British neighborhood pub, but with an updated aesthetic,” Pfeiffer says.

As he and Wauford created the concept, largely based on plans for a coffee shop that Pfeiffer and friend Travis Lintner had developed years before, they eventually brought Lintner, an industrial designer, into the fold.

“[Lintner] gave depth to the concept by designing the exterior, interior, and graphic identity of the building,” Pfeiffer says. “He did an amazing job creating a calming aesthetic, and we try to further that aesthetic with the way our staff interacts, the music we play, and really every choice we make.

“We try to let the space be a community living room.”

Publican Joshua Ling has lived in the neighborhood off and on for four years. He often goes to West Salem Public House on nights he isn’t working there.

“There’s one TV, and it’s never on,” Ling says. “The space is comfortable and not overwhelming. I can have a conversation or chill out without feeling like I’m being watched or interrupting someone.”

The drink options are just as laid back. Six taps boast local brews — usually Wise Man, Hoots, Foothills, and a couple other brands, like Four Saints or Red Oak.

“Our definition of local is somewhere [Lintner] could ride on his bicycle,” Pfeiffer says. “Of course, he’s an excellent cyclist, so that opens us up to a range of about 90 miles.”

There are also plenty of cans available, many of which fall outside that 90-mile radius.

The wine list is short but thorough, with a variety of whites, reds, and a rosé. Folks can participate in their wine club, called Slate and Cedar, which provides two bottles of wine per month, plus discounts when drinking wine in-house.

Mid-week tends to be popular, perhaps because of food trucks that post up Wednesday through Friday, but Ling pegs it on the neighborhood hangout aspect.

“The ages vary,” he says. “People with kids tend to come out early evening, and some groups gather once a week.”

The latter has amazed Pfeiffer during their first year of business.

“There’s a community that has developed without us,” he says. “We have a regular group of gamers on Tuesdays, and a group of young professionals on Wednesdays. We have become their third space, and a lot of them don’t know any of the owners. That was something we didn’t really see coming.”

But it’s easy to see why they keep coming back.

“I like the welcoming vibe the most,” says Ling. “The place is warm and cozy, not bright and exposed. It’s just people having conversations.”