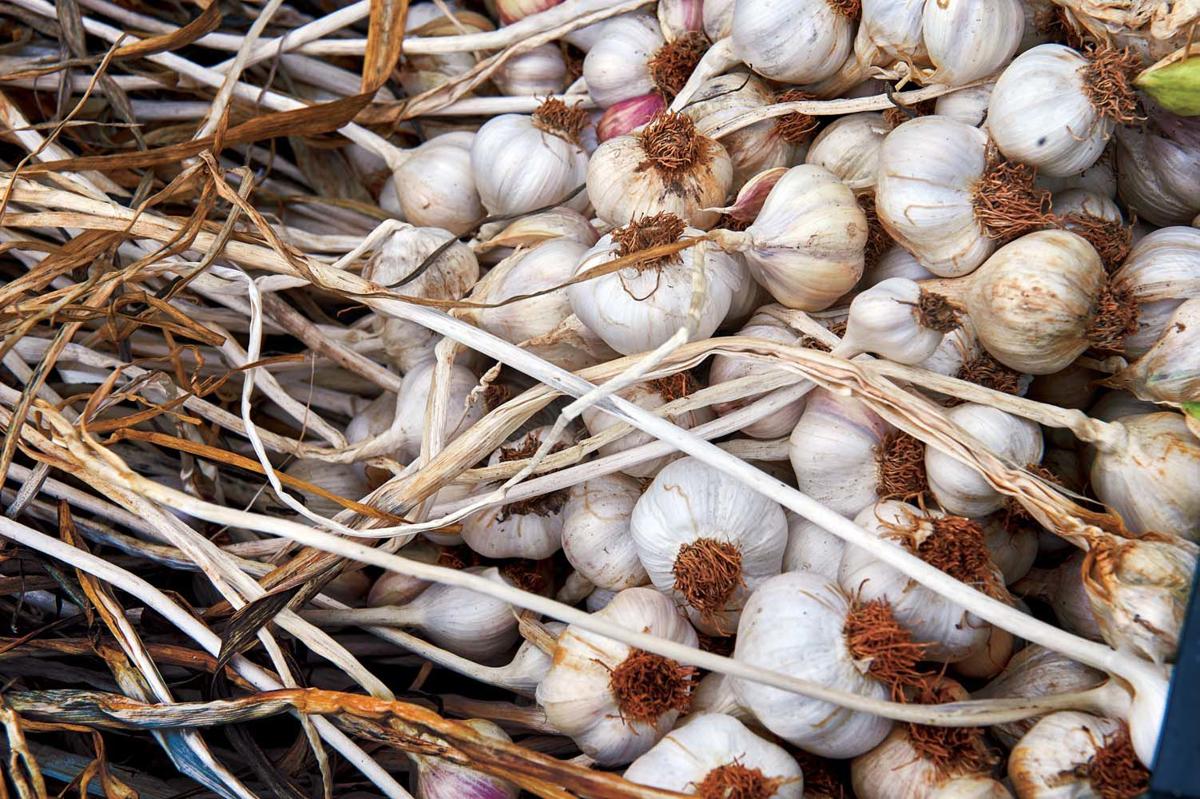 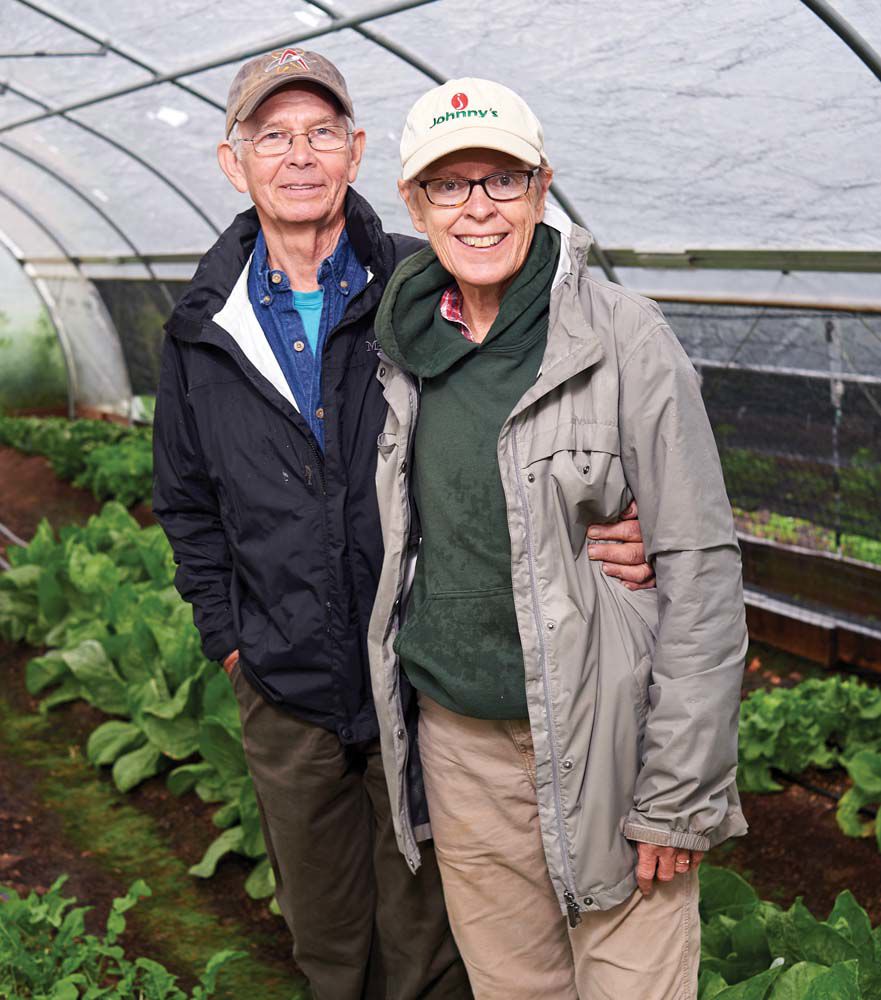 Ray Tuegel and Cheryl Ferguson during a workshop on growing garlic held at their operation, Plum Granny Farm in King.

Ray Tuegel and Cheryl Ferguson during a workshop on growing garlic held at their operation, Plum Granny Farm in King.

From the rafters, bundles of garlic, tied together at their stems, hang down, looking vaguely like chandeliers.

Below are crates stacked full of big fat bulbs, many still bearing traces of earth.

The smell inside the barn isn’t overwhelming, but it is pungent enough to keep the vampires away — and to conjure up visions of marinara sauce simmering on the stove.

The land that makes up Plum Granny Farm in King has been in Cheryl Ferguson’s family for about 150 years. And over the past decade, it’s become well known for its garlic, 20 varieties of which grow in its soil.

“If you go to a market, they’ll usually have one unnamed variety,” Ferguson says. “But we always have several baskets [and] try to educate people about it. We’ll cycle through different things. Some people just want garlic, don’t really care about it. But some are real foodies [and] ask for specific varieties.”

Lately, Ferguson and her husband, Ray Tuegel, have also tried growing ginger and turmeric, along with figs, heirloom grapes, kale, and ají dulce peppers. On the farm’s website, customers can order a variety of fruit and ginger jams.

Ferguson says her grandfather was the sort who couldn’t stand to see “anyone leave hungry.”

“That was just his absolute, cast-in-stone opinion,” she says. “This was a busy crossroad, and people would come by during the Depression. Rumor had it he would go through a whole shoulder of country ham in the mornings just feeding them.”

Her father, who was born on the property, grew tobacco and raised cattle on the farm. Ferguson herself spent her early childhood in nearby Rural Hall, but moved to the farm when she was 13. She attended Wake Forest University for two years, but felt she needed a change of scenery, and wound up moving to New Mexico, where she spent 20 years.

When she came back to North Carolina in 2009 to help out on the farm, she and Tuegel decided to try their hands at growing garlic and raspberries in the Tarheel soil.

“Ray had worked at a farm in Albuquerque where they grew those crops,” Ferguson says. “But if you want to be a market farm, you really need more than a couple of tricks. You can’t be a two-trick pony, so we diversified. We added blackberries, and strawberries not long after that. We also have a chili roaster and have taken roasted chilis to market.”

“Soybeans and tobacco were just not what we were interested in,” Tuegel says. “And things like blackberries and raspberries can grow in grass alleys and on the side of a hill. We can do that and not contribute to erosion.”

Garlic, however, remains the focus of Plum Granny’s operations. They plant in the fall and harvest in the spring and summer. Ferguson and Tuegel also host workshops on how to grow garlic. Music, a hard-necked garlic with a touch of sweetness, is the farm’s most popular variety.

“Music has really big cloves,” Ferguson says. “Sometimes the bulb has as few as five cloves, but they’re all pretty big. And good ol’ southerners that we are, we like that sweetness. It’s a milder variety.”

The farm also grows elephant garlic, from which, Ferguson says, many Asian restaurants make chips. One of the bolder garlics is Lorz, an Italian variety with a soft neck.

“We keep looking for one that’s super-spicy,” Ferguson says. “People are always like, ‘What’s your strongest garlic?’ There are over 300 varieties of garlic, and people are always shocked to hear that. A lot of people think there’s just one variety.”

“There was a lot of trial and error to get to the ones we grow now,” Tuegel says. “We had a variety called Transylvanian garlic. People thought it was a joke, but it was real. It was just an OK garlic, though, and we dropped it. But we try at least one new variety every year.”

Plum Granny Farm offers its products through its website, and a harvest subscription service. It will also sell at the Cobblestone Winter Market on Dec. 14 and 21 at Fiddlin’ Fish Brewing Company. For more information, call (336) 994-2517.