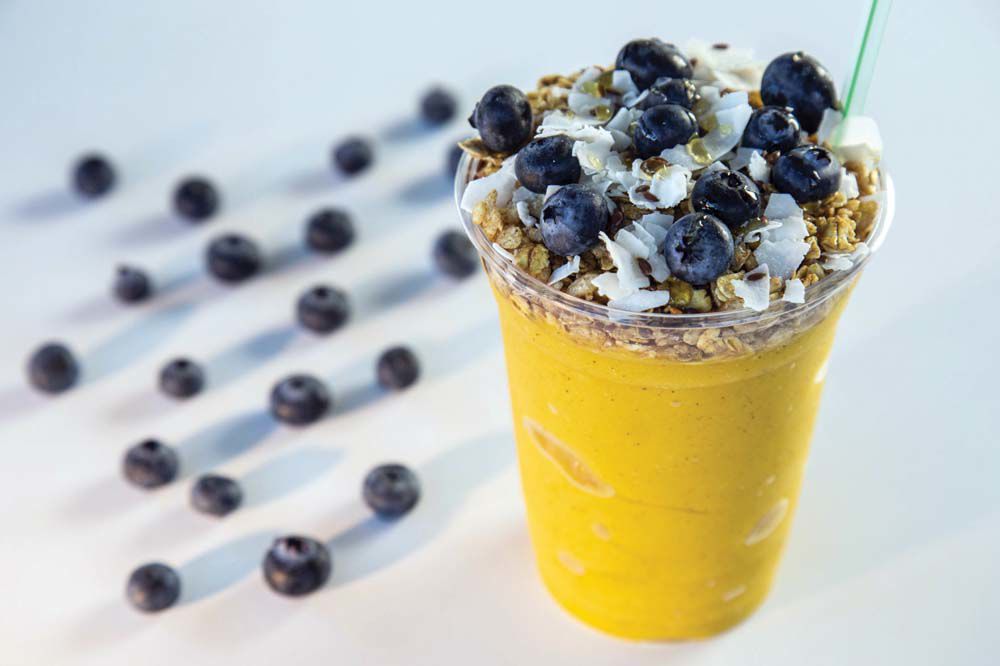 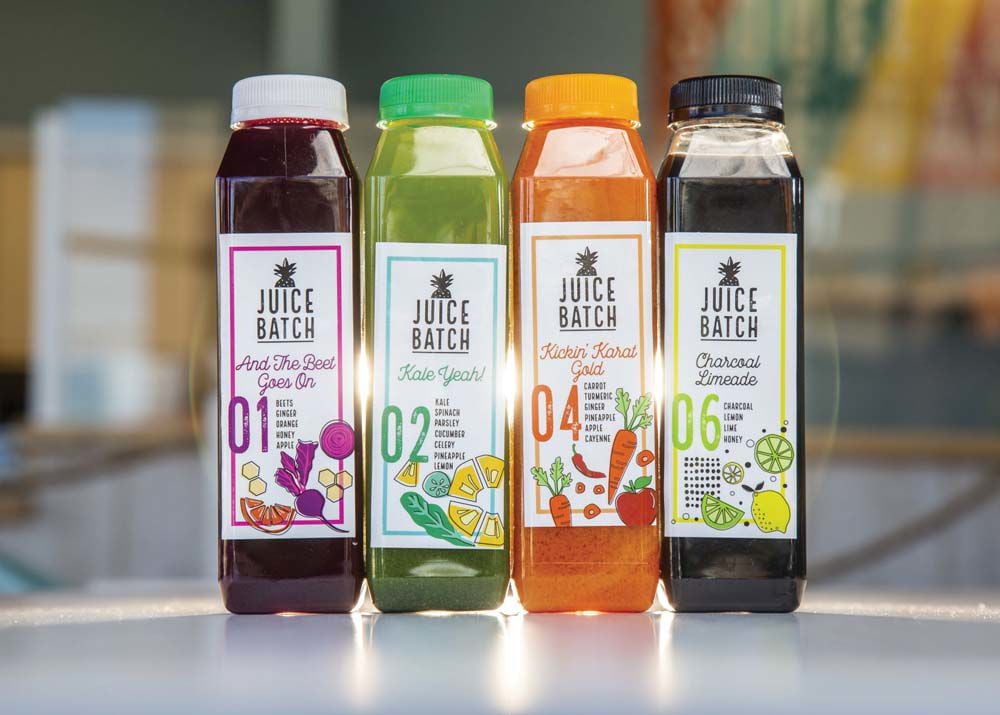 An assortment of juices from Juice Batch. 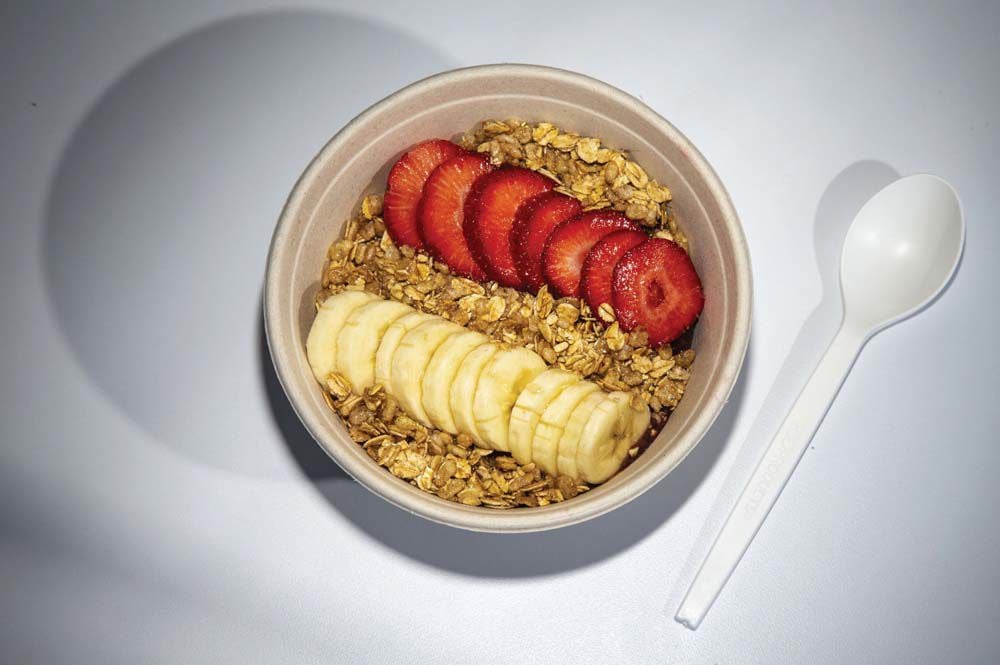 The owners of Juice Batch were inspired to open a restaurant that provides healthy food that’s also appetizing for the eyes. 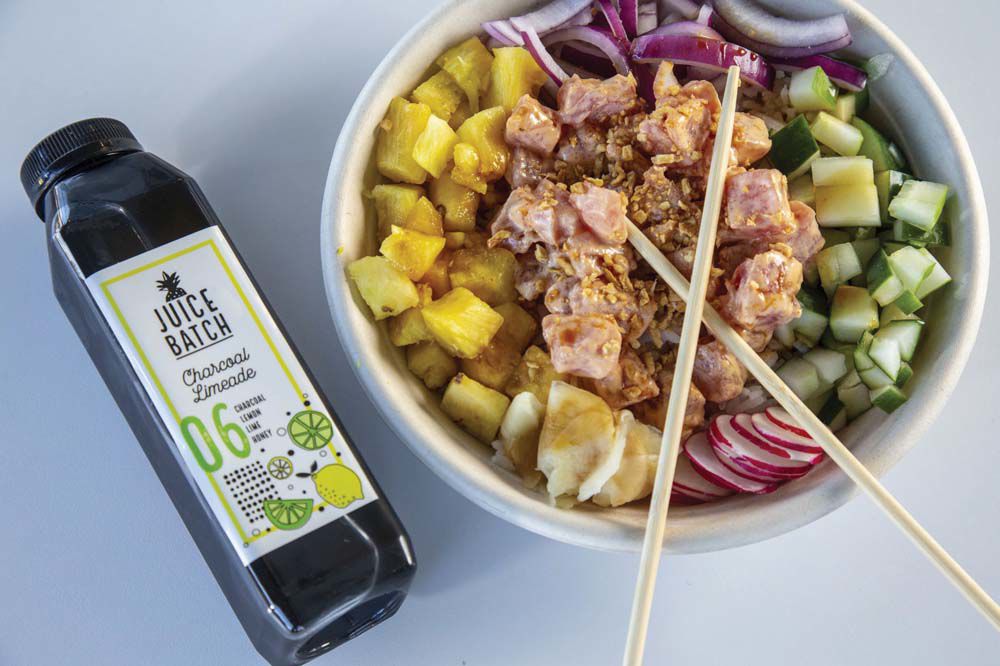 Poke bowls are one of the more popular items at Juice Batch, like the OG poke dish, which features spicy tuna. The restaurant also makes fresh-pressed juice.

An assortment of juices from Juice Batch.

The owners of Juice Batch were inspired to open a restaurant that provides healthy food that’s also appetizing for the eyes.

Poke bowls are one of the more popular items at Juice Batch, like the OG poke dish, which features spicy tuna. The restaurant also makes fresh-pressed juice.

Lindsay and Tim Walker have shown Winston-Salem residents the dark side of their collective palette, with hoppy craft beers, towering burgers, and over-the-top milkshakes that have earned their businesses, Small Batch Brewing and Burger Batch (now 237 Fifth), Instagram super-stardom.

Last July, they went in the opposite direction, opening Hawaiian-inspired Juice Batch off Highway 68 in eastern High Point.

“We’ve always loved eating healthy, but we’re not the eat-plain-grilled-chicken-with-veggies types,” says Lindsay. “We like to create things that are feasts for the eyes and the stomach.”

Mission accomplished at Juice Batch, where the menu includes everything from smoothies to poke bowls and cold oatmeal concoctions. The colors of these foods are amazing, yes, but so are the textures and flavors.

The Highway 68 smoothie, for instance, combines peanut butter, cacao nibs, banana, strawberry, and coconut milk to produce the flavor of a peanut butter and jelly sandwich with a tropical umbrella drink. Acai bowls, with a base of acai fruit topped with everything from almond butter and bee pollen to coconut and hemp seeds, give you smooth, crunchy, and juicy textures all at once for a uniquely satisfying experience.

Then, there are what the menu lists as “Smoothie Bombs.”

“They have a base of smoothie with some toppings on it, like banana, strawberry, hemp seed, and granola,” Lindsay explains. “You can choose to drink it or eat it. I joke that it’s an overachieving smoothie because you get that extra bit of something.”

Feeling adventurous — and a little worn from the weekend? Try the charcoal limeade. It has active charcoal, which has detoxifying qualities.

“Once you get over the hurdle of drinking something black, it’s like drinking lemonade with purifying power,” Lindsay says. “It’s not going to cure everything, but you’re doing your liver a solid coming off a weekend of indulgence.”

The most popular menu items thus far, however, are the poke bowls. Poke, which means “to slice or cut” in Hawaiian, is a staple on the islands, where it’s served everywhere from takeout places to gas stations.

“Think of it as sushi, but in a bowl,” Lindsay says.

Juice Batch offers three house specialties, but many customers prefer to build their own. In fact, customizability is a big reason poke has taken off as a food trend in the U.S. At Juice Batch, you can start with a base of sushi rice, a kale-and-quinoa mix, or greens, and add salmon, tuna, krab, chicken, or tofu, one of several condiments, and all sorts of toppings, which include edamame, crispy garlic, and tempura flakes.

The Walkers have already tweaked the menu based on what they’ve learned from their customers. They’ve seen plenty of gym enthusiasts, for instance, prompting the addition of a new protein-packed smoothie. They have also added a kale salad and spinach salad to cater to diners who aren’t quite ready for poke.

As many patrons of the Walkers’ establishments will tell you, the real draw of a Batch restaurant is finding and enjoying the unexpected. And perhaps the biggest and most pleasant surprise at Juice Batch is they’ve put their stamp on foods you don’t have to feel guilty about enjoying.