A native of Winston-Salem, Caroline Chambers has published “Just Married,” a cookbook that provides quick and healthy recipes for busy newlyweds. 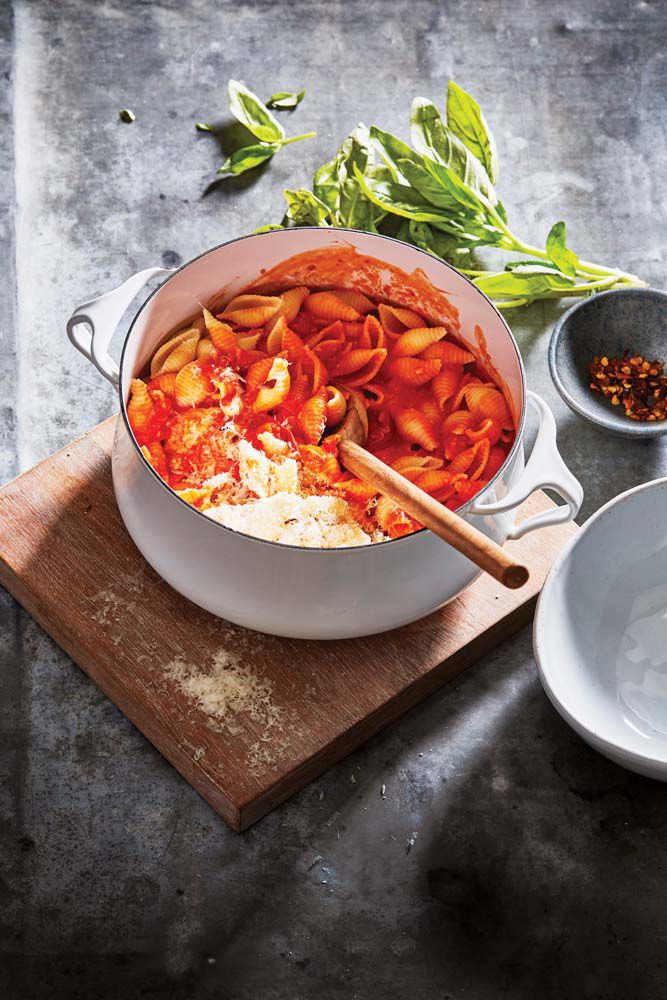 “Just Married,” a cookbook that provides quick and healthy recipes for busy newlyweds.

A native of Winston-Salem, Caroline Chambers has published “Just Married,” a cookbook that provides quick and healthy recipes for busy newlyweds.

“Just Married,” a cookbook that provides quick and healthy recipes for busy newlyweds.

Caroline Chambers loves a lot of things. She loves her hometown of Winston-Salem, where her parents still live. She loves her husband, George. But what she really loves is her job, which has her in the kitchen every day, working with food in ways she never dreamt of.

Chambers, a recipe developer, food writer, and author, published her first cookbook, “Just Married,” in October 2018. Her passion for food and cooking was inspired, in large part, by her mother.

“Growing up, my mom was a super confident cook,” Chambers says. “She would whip together a beautiful feast from nothing. That’s what I remember so much from childhood: she would get home from work and put all this food together into the most delicious meal ever.”

Though she has always had an interest in cooking — she admits with a laugh that she once ran a “really terrible food blog” — she spent a few years after her graduation from the UNC-Chapel Hill working in advertising in New York.

“I always knew I wanted to work in food, but I couldn’t really figure out what the place was for me,” she says.

Chambers moved to Coronado, California, near San Diego, with George after they got married in 2013 in Winston-Salem. It was there that her career in food really took off.

She founded a small catering company in Coronado, which she ran for three years. Soon, local magazines and other publications started reaching out to have her cook and style food for photo spreads.

Through that, she got into cookbook development, and it quickly became clear she was where she was meant to be.

“I wrote a proposal for ‘Just Married’ and based it around the fact that what a couple looks like has changed a lot in the past 10 years,” she says. “The dynamics of marriage have changed so much, and that leads to couples needing really quick, delicious meals.”

Creating recipes that were exactly that — but also healthy and nutritious — was the concept for “Just Married,” Chambers says. She worked on the book for about a year.

“A lot of the recipes [in the book] are the ones I grew up with in Winston-Salem, from my mother’s cooking,” she says.

Chambers wrote most of the book in California, but she flew home for a week and a half to cook with her mother in her kitchen.

“My mother doesn’t have recipes; it’s very much whatever happens, happens. I sat in her kitchen for two weeks getting everything down on paper,” she says. “I would watch her throw cheese in a pot, then run in and measure how much she’d added. Those are some of my favorite memories.”

Her mother’s macaroni and cheese recipe is particularly beloved. For a memorable meal that tastes luxurious but is a cinch to make, Chambers’ go-to recipe is shells with tomato sauce.

In her book, Chambers advocates for and advises on keeping a stocked pantry. She says she made a point to include recipes that use the same ingredients in a variety of ways.

“If I introduce a new, foreign ingredient, like tahini, I use it several times throughout the book,” she says. “I also teach you how to use leftovers.”

She is constantly inspired by new ideas and flavors. She also spends time pouring over cookbooks and exploring interesting new flavor combinations.

“When I go to bed, I bring a book or a cookbook and I read it as a novel,” she says. “I study the ingredients and why they pair well, and I pull ideas from that.”

Currently, Chambers is developing the concept for her next cookbook, as well as ghostwriting a low-carb cookbook. She also writes for various publications and consults for appliance brands.

She says she’s thrilled she’s been able to create a “funny hybrid role” that merges her advertising prowess and her passion for food.

“It’s a really fun, rewarding job,” Chambers says. “I cook all day long for work and I don’t get sick of it. Every day is really different. It’s cool, it’s challenging, and it’s also so fun.”