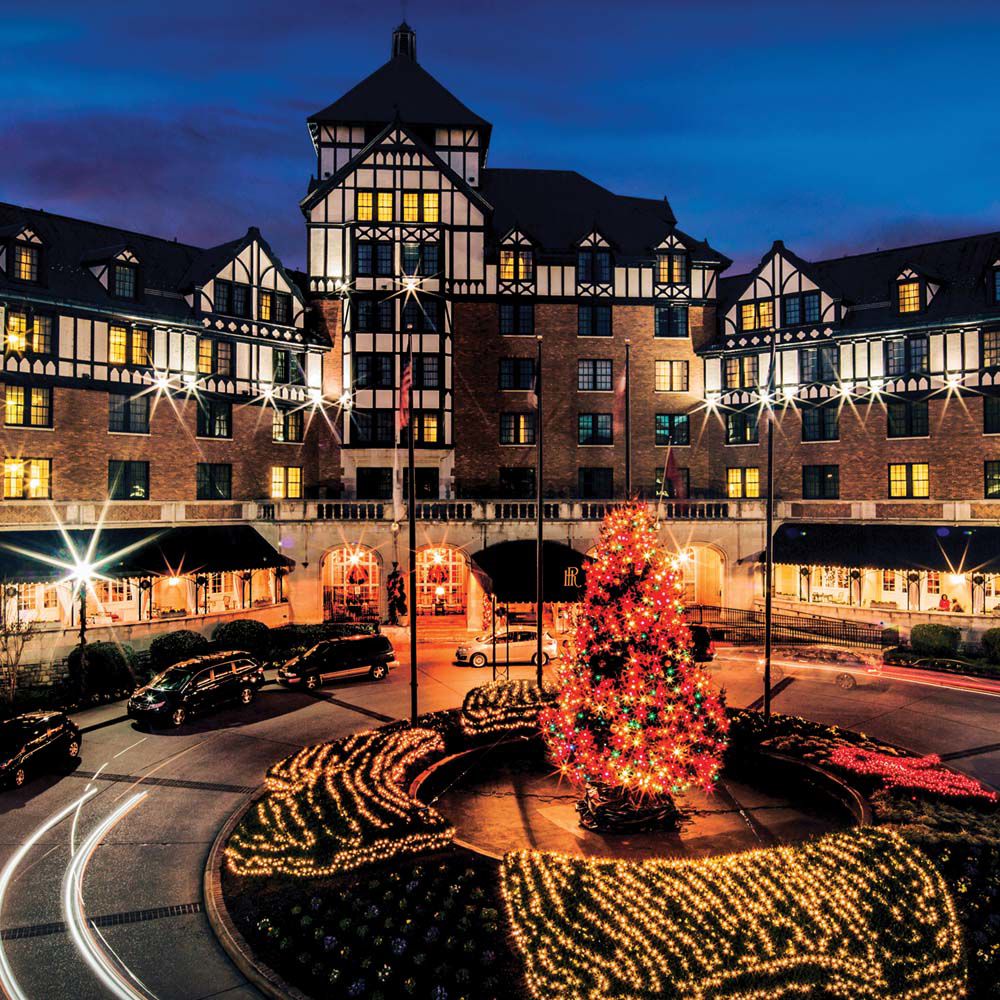 The historic Hotel Roanoke & Conference Center has the feel of Biltmore. Their popular holiday package includes breakfast in The Regency Room, discounts to local shops and restaurants, and a commemorative keepsake ornament 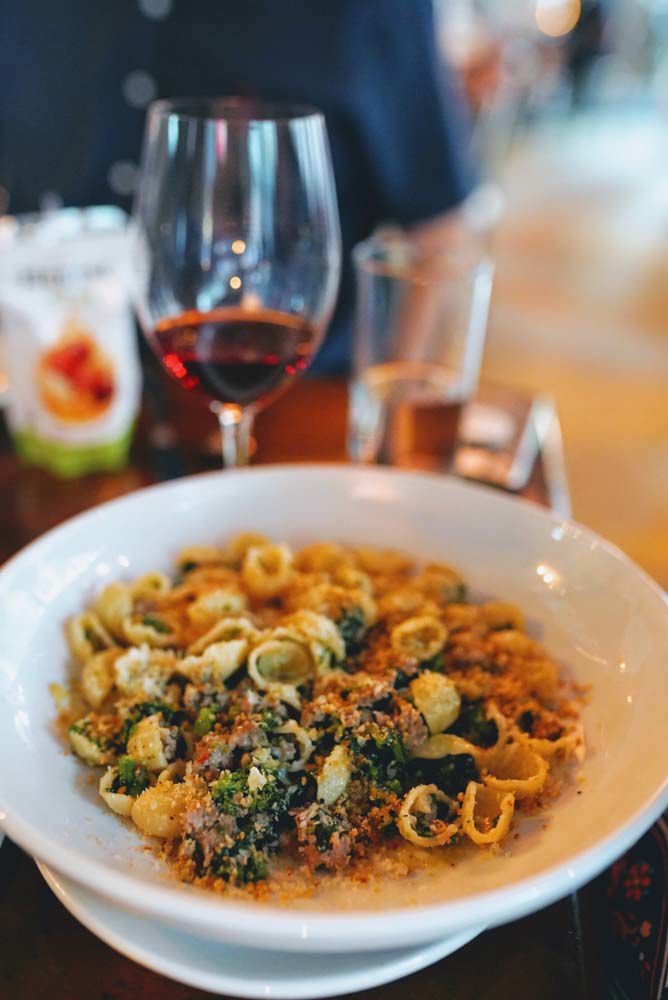 The historic Hotel Roanoke & Conference Center has the feel of Biltmore. Their popular holiday package includes breakfast in The Regency Room, discounts to local shops and restaurants, and a commemorative keepsake ornament

Just a short two-hour drive from the Triad lies a mountain town with all the perks of a major city. Surrounded by Virginia’s Blue Ridge Mountains, Roanoke is an up-and-coming, pedestrian-friendly town with plenty of shopping, dining, and culture — much of it in the bustling downtown, called the “Next Great Neighborhood” by Southern Living.

Many of the city’s cultural amenities are housed under one roof at Center in the Square. The Mill Mountain Theatre is a favorite way to spend an evening. First timers and repeat audiences thrill to the sights and sounds of live theatre, such as “The Sound of Music” in December.

The multi-story, steel-and-glass Taubman Museum of Art houses more than 2,000 pieces, with a focus on American art. Don’t miss the collection of Southern works, including paintings by folk artist Howard Finster and wood carvings by Fred Webster.

Channel your inner child at the Roanoke Pinball Museum, an interactive science and history museum dedicated to pinball, with interactive displays and machines dating to the 1930s.

Enjoy even more classic and modern arcade games at the new Roanoke STARCADE.

More than 50 exhibits at the Virginia Museum of Transportation provide a broad view of the state’s rich railway heritage. Must-see exhibits include the internationally known Norfolk & Western Class J-611 and the Class A-1218, the most modern steam locomotives ever built.

And don’t leave without seeing the stunning, 8,000-gallon, living coral reef aquarium at the Virginia Aquarium and Marine Science Center. It’s the largest of its type in the Mid-Atlantic.

Try out zip lining, camping, tubing, and kayaking at Explore Park on the Blue Ridge Parkway. New this year is Illuminights, a half-mile walk through festive light displays.

Enjoy outdoor, old-fashioned ice skating at Elmwood on Ice, or join in the fun at Roanoke Valley’s premiere holiday celebration. Held the first three Fridays in December, Dickens of a Christmas is a free event in downtown Roanoke where families can enjoy roasted chestnuts, carriage rides, and more.

Called the Hollywood sign of the East Coast, the Roanoke Star is one of the most iconic landmarks in Virginia’s Blue Ridge. Constructed in 1949, the star is the world’s largest freestanding, illuminated man-made star. Visible for over 50 miles, it sits 1,045 feet above Roanoke at the top of Mill Mountain. The best time to go, of course, is at night.

The farm-to-table Lucky Restaurant has French-Southern influences and is known for its impressive craft cocktail program. One to try: The Handsome Devil, a bourbon cocktail featured in Southern Living’s “Bourbon & Bacon.”

Have a meal you won’t forget in the rustic-modern space of Fortunato. Pasta dishes are exceptional and pair perfectly with Italian wines. Try the house-made orecchiette pasta with spicy fennel sausage, rapini, and garlic.

Family-owned The Roanoker Restaurant has been dishing out comfort food since 1941. It’s nostalgia on a plate, and the main attraction is breakfast. The fluffy, homemade Roanoker buttermilk biscuits are to die for.

As much a photo op as a burger joint, hole-in-the-wall Texas Tavern is a page from the past. A giant retro “EAT” sign points diners into the 24/7 diner that serves up breakfast, burgers, sandwiches, and its popular chili — and it won’t break the bank.

Black Lantern Inn is just one of the many bed and breakfasts to enjoy in Roanoke. The renovated house, dating to the 1920s, features king-size beds, full breakfast on weekends, complimentary bicycles to explore the Roanoke River Greenway or downtown, and a view of the Roanoke Star.

The historic Hotel Roanoke & Conference Center has the feel of Biltmore. Their popular holiday package includes breakfast in The Regency Room, discounts to local shops and restaurants, and a commemorative keepsake ornament. A joint project of Virginia Tech and the City of Roanoke, the hotel has plenty of holiday treats, such as Breakfast with Santa in early December and Fashions for Evergreens, an on-site Christmas tree competition.

Roanoke has it all, so what are you waiting for? Head north, enjoy the scenery on the way, and make holiday memories to last a lifetime.