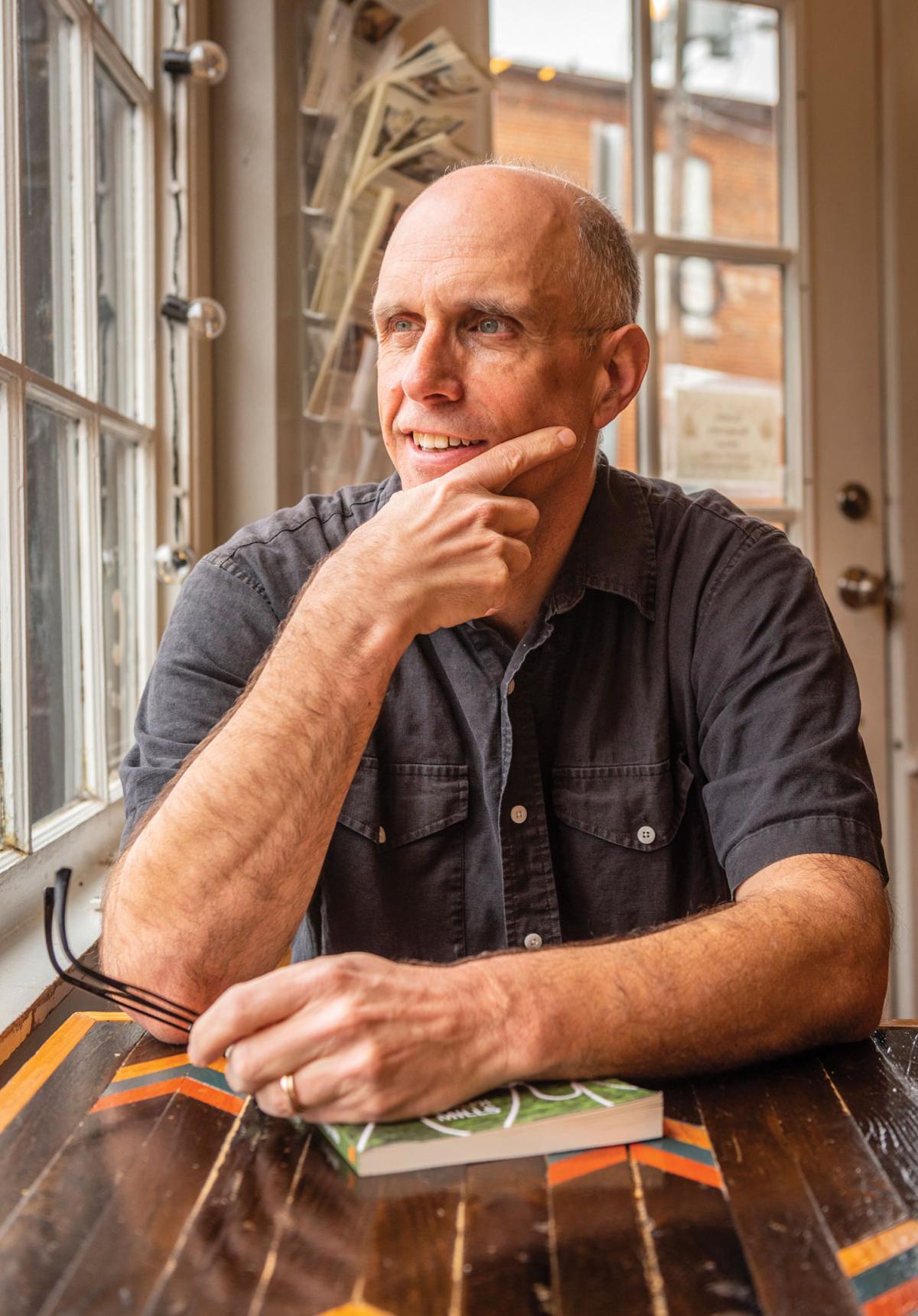 Joseph Mills, Professor in the Division of Liberal Arts at the University of North Carolina School of the Arts and author, sits for a portrait with a copy of his latest book, "Bleachers," at Camino Brookstown. 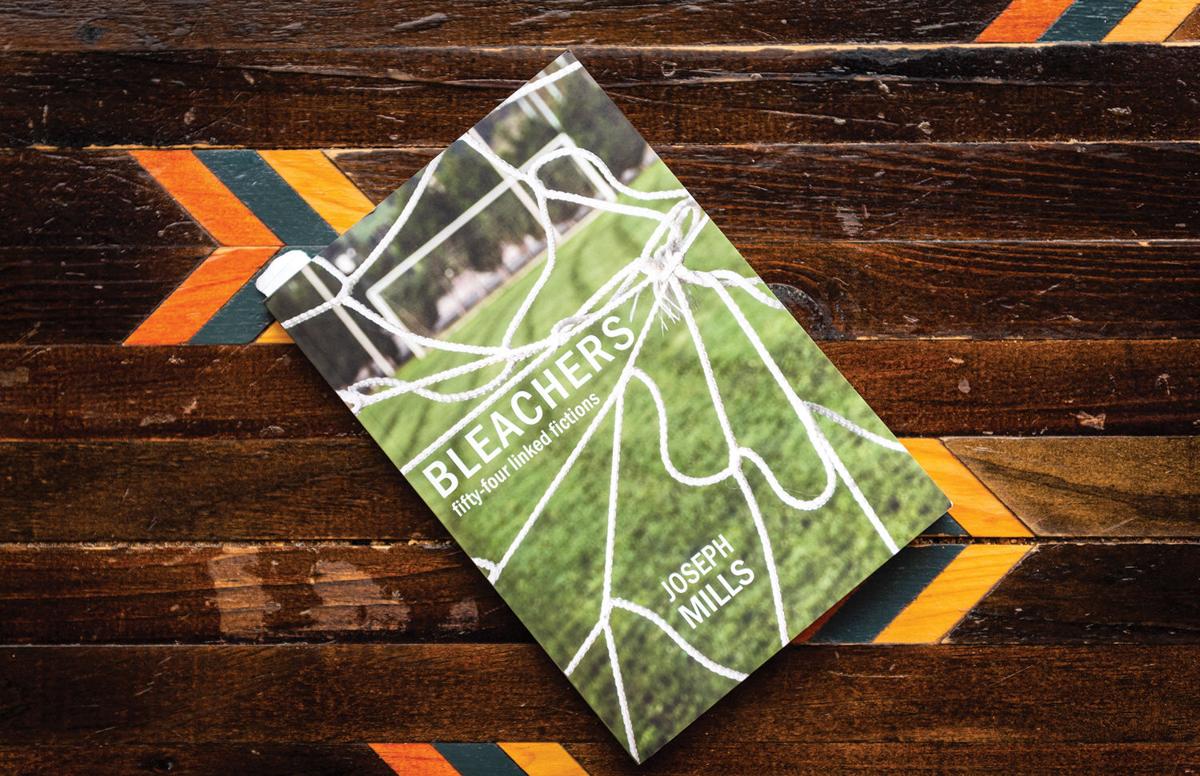 Joseph Mills, Professor in the Division of Liberal Arts at the University of North Carolina School of the Arts and author, sits for a portrait with a copy of his latest book, "Bleachers," at Camino Brookstown.

Joe Mills thought he knew all about parenting, but that was before he had kids.

It wasn’t until then that he realized how little he actually knew — and how judgmental he’d been of others.

“As parents, we’re constantly getting each other wrong,” says Mills, a professor in the Division of Liberal Arts at the University of North Carolina School of the Arts. “We don’t always understand what other parents may be going through.”

In writing “Bleachers,” his novel comprised of 54 linked stories, Mills describes what it was like to spend years standing on the sidelines of his kids sporting events, and the lessons that it taught him about community, parenting, and not judging a book by its cover.

By observing everyone around him on the sidelines, Mills was struck by how judgmental parents are of one another, and quickly it became a primary theme in the storylines he began drafting.

“I am fond of the stories that make you realize you’re misjudging someone. The ones that make you ask yourself questions like, ‘Why are they reacting like that?’ I respond and relate to their frustrations,” he says. “Yes, this book is about family, but family should be a starting point for the way you see others.”

He spent a year writing out monologues from the different perspectives of the players in the game, as well as parents. What surprised him most in writing this was that his interest started to shift from the children’s perspective to the parent’s perspective.

“You discover things as you write them,” says Mills on how his attention shifted. “The process was the unknowing. I didn’t set out to do this; I set out for my own curiosity and interest. At the end, it seems obvious that, of course I would write this. But it didn’t seem obvious during the writing process.”

“When kids are young, we’re more tolerant, accepting, and willing to celebrate them more, regardless of our differences,” Mills says.

He was also surprised by how emotional the book made him. Mills deeply responded to the stories in the later chapters of the book, the darker ones, not because of their darkness, but because of the honesty in them.

“In the middle of the book, there is a piece called ‘Locks.’ It deals with school shootings and what it feels like when your kids ask, ‘Am I going to die one day?’ The honest answer is saying ‘Yes, one day you will.’ But how honest are we with our kids? Is that honestly bad?” he asks. “How do we teach them about the reality of this world?”

At the end of the day, “Bleachers” is a project that Mills is very proud of.

“I made the best book I could at the time,” he says. “In the past, I would never say I’m proud of something I’ve written before, but these stories are something I am proud of.”

And he also hopes that other parents who read this will do the same self-reflection that these experiences sparked in him.

“Parents tend to respond to this. It falls in the middle between sports and parenting,” Mills says. “I didn’t want to write a sentimental, ‘all you need is love’ parenting book. Sometimes, your children are terrible.”

To purchase a copy of Mills’ book, “Bleachers,” visit press53.com.