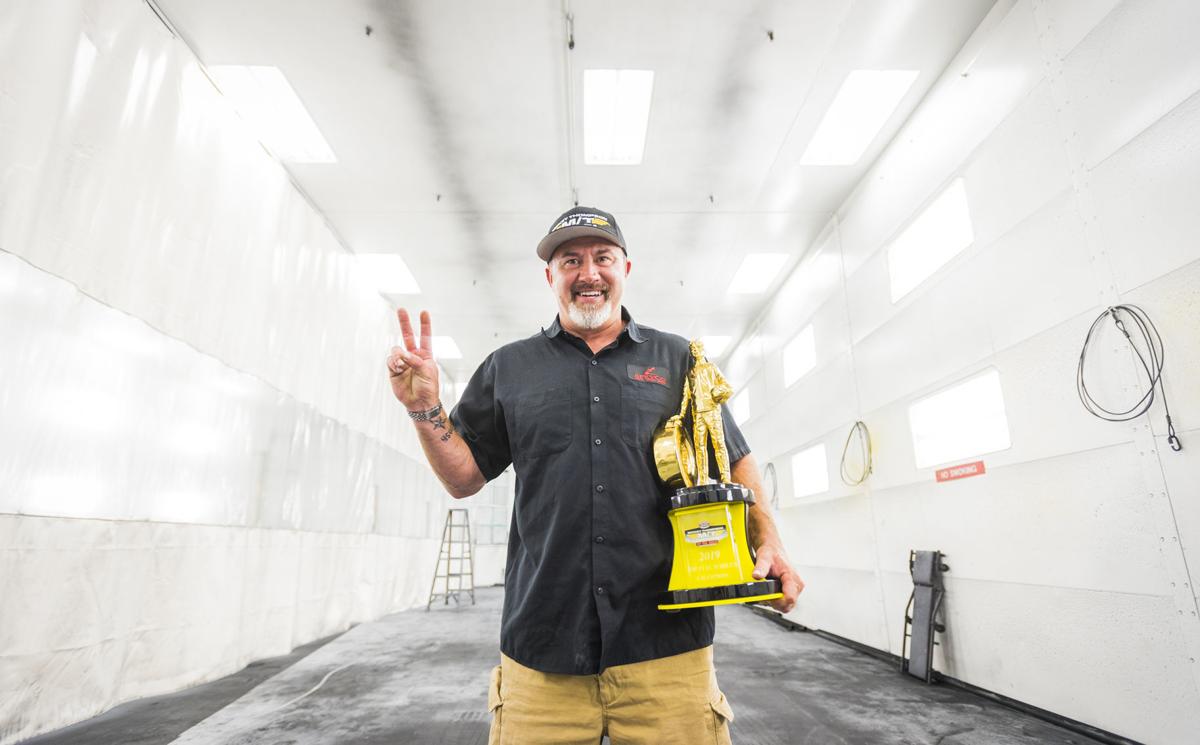 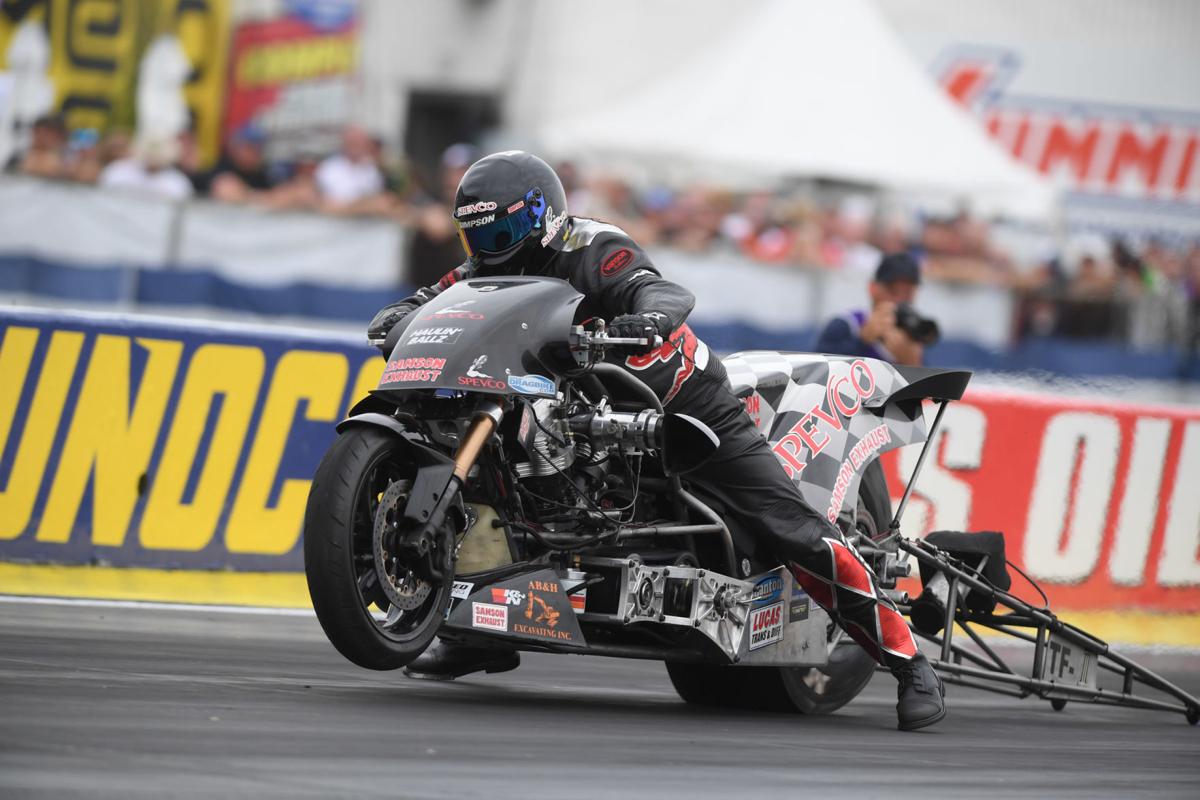 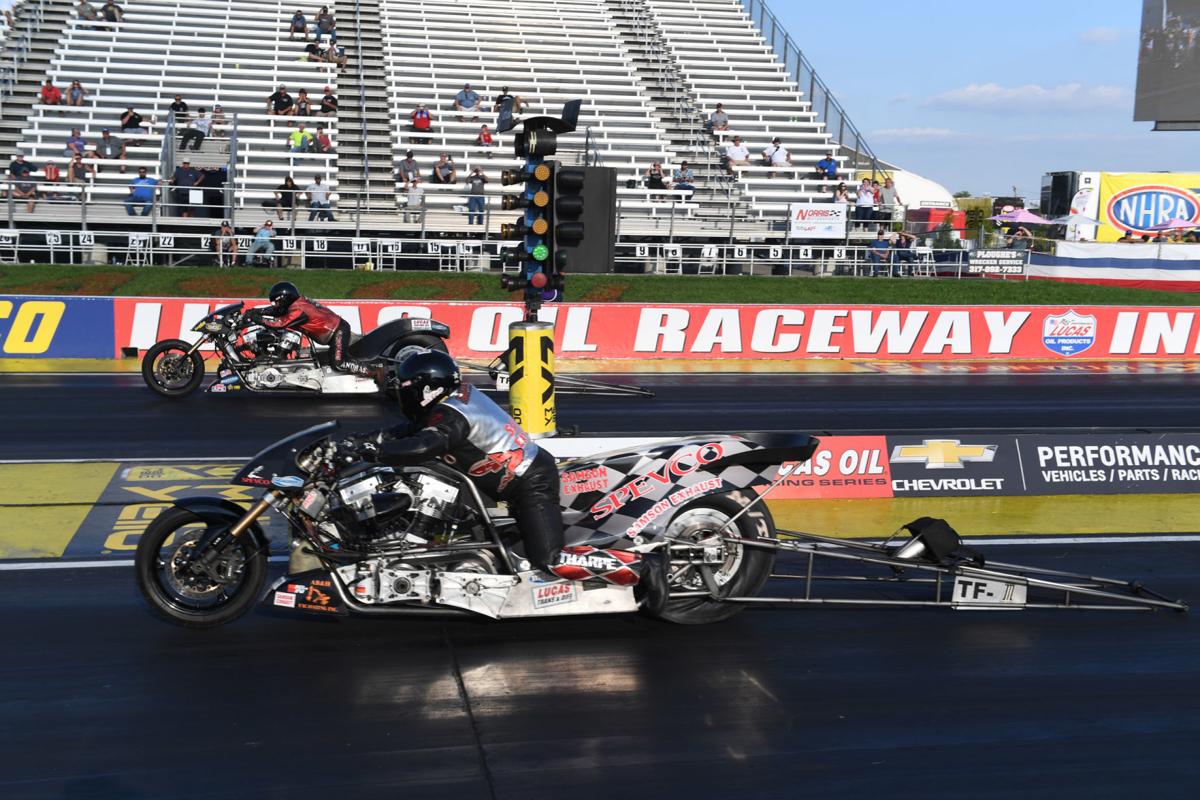 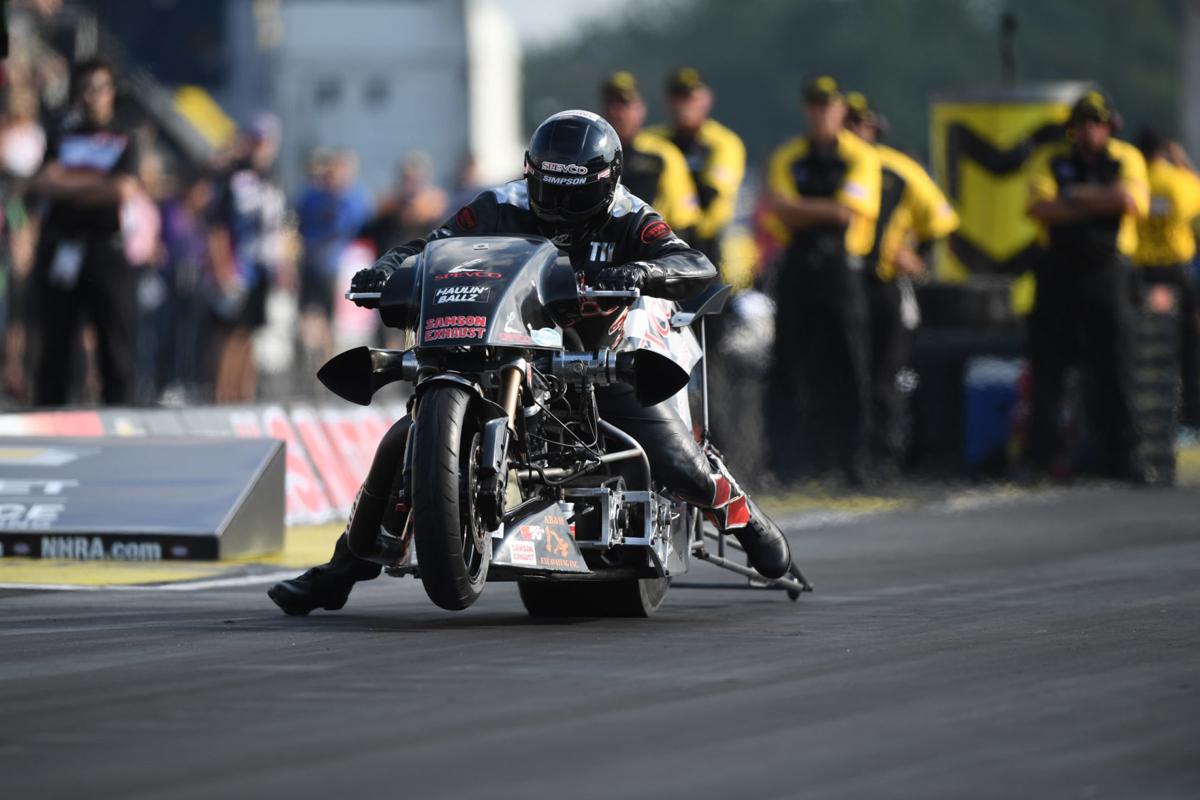 Tii Tharpe wasn’t looking ahead to what next season might hold — not just yet, at least. He was still basking in the moment.

The 43-year-old had plenty of time to do just that on Sept. 3 during his roughly nine-hour drive from Indiana to Pfafftown. It was hardly a typical business trip.

Tharpe, the president and general manager of SPEVCO, which manufactures special vehicles, was at the drag strip instead of being at his desk at the Pfafftown-based company his father, Marty, founded in 1973.

He returned with hardware, earning it on just two wheels. Tharpe on Sept. 2 won the Mickey Thompson Tires Top Fuel Harley Series title at Lucas Oil Raceway in Brownsburg, just outside of Indianapolis. It was the second straight season Tharpe won the championship in the National Hot Rod Association’s fastest-accelerating division of motorcycle drag racing.

And Tharpe clinched his title in the semifinals of the Chevrolet Performance U.S. Nationals. His nitromethane-fueled SPEVCO/Jay Turner Racing Harley crossed the finish line in 6.39 seconds at more than 200 mph, defeating Rickey House. However, Tharpe fell short of winning the national championship to Randal Andras, his teammate, in the final.

“(That day) was a lot of fun. It was a lot of pressure, and it was stressful,” Tharpe said. “After the semifinals, we had won the championship and then I got to run my teammate in the final. ... You know, we were at the big show and on the big stage.

“But it was like running your buddy at the local track. It kind of had that comfortable, real fun feeling. Actually, it kind of put the fun back in it.”

And Tharpe knows plenty about what goes on at racetracks both big and small. He’s lived and breathed that lifestyle since he was a child.

According to Tharpe, he began racing three-wheelers at age 5. That extended to riding motocross bikes as well.

He even raced at Charlotte Motor Speedway as a teenager. Tharpe competed with a Legends car, which is a scaled-down spec car powered by motorcycle engines.

“I wanted to be a race car driver,” Tharpe said. “I got out of high school (told his father) that’s what I wanted to do and he said, ‘No, you’re going to go to school. You can do that later.’

“But there was a local drag strip, and I always had a pretty quick street bike. So, you know, you’d pay 20 bucks and go to test and tune. That was an easy way for me to go race.”

Fast forward 11 years, and he linked up with Liberty-based Jay Turner Racing. In 2014, he won his first race in Cordova, Ill., while competing in the International Hot Rod Association.

“It was almost like it was yesterday. It was a like dream — surreal,” Tharpe said, recalling his first win. “It felt good. ... To see the win light and cross the finish line and not see the other guy, it’s a unique feeling.

Tharpe walked alongside his brother, Tucker, who held Tharpe’s shining “Wally” trophy — named after Wally Parks, the late founder of the NHRA — in the parking lot at the front of SPEVCO on Wednesday afternoon just off Reynolda Road. Tharpe gestured toward a silver Chevy Colorado just a car’s length away. He equated it to the distance of hurling toward the finish line on the drag strip.

“Once the motorcycle starts, you kind of clear your mind. You get in the zone.”

His fastest finish was 6.16 seconds, traveling at 230 mph. And that was with his team, which includes Turner and Andras. The four-bike team also added Tyler Wilson of Walnut Cove in August.

But this year was just slightly different for Tharpe, ending with Andras taking the final. Last season, Tharpe defeated Doug Vancil to claim the top fuel series and national championship.

Nevertheless, this year’s win occurred on Tharpe’s birthday — a storybook ending to a successful ride.

“Last season was hard to top,” Tharpe said. “But, to go back-to-back, it feels real good.”