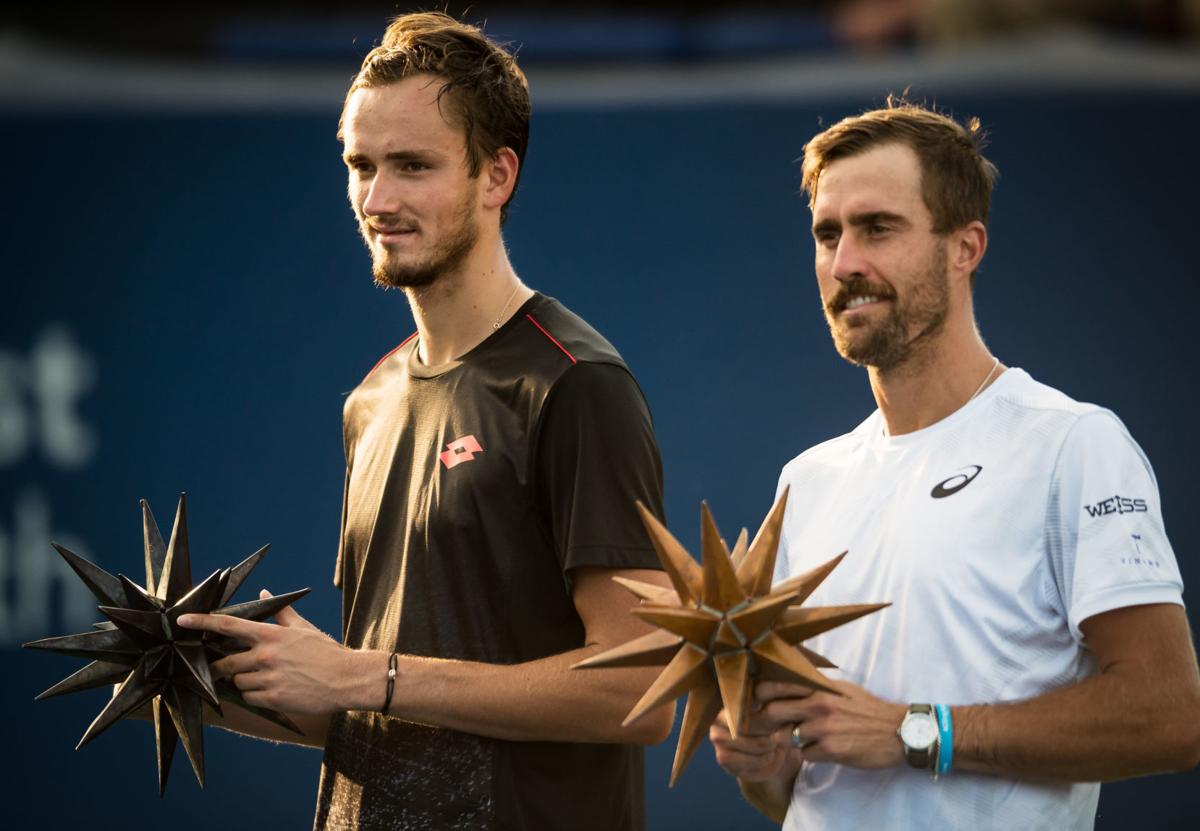 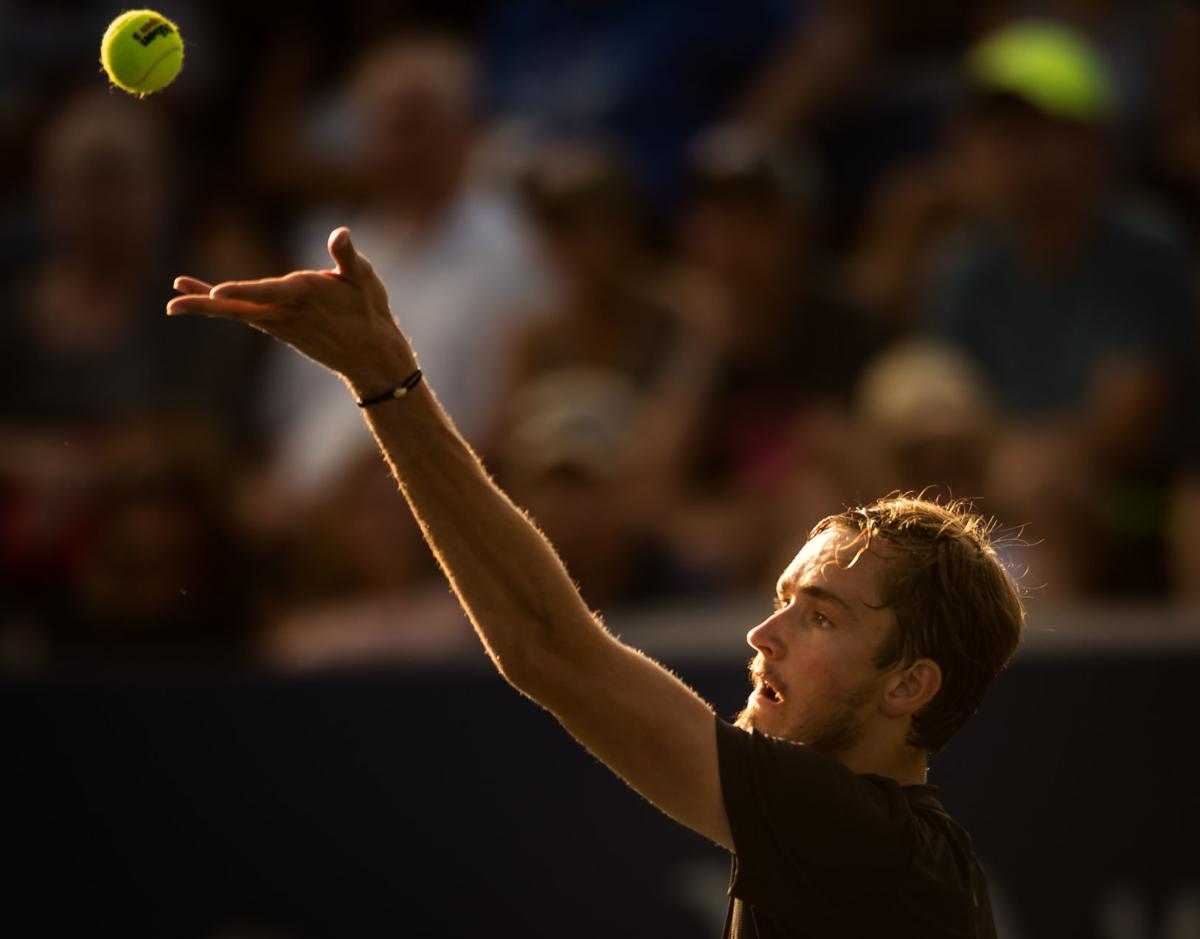 Daniil Medvedev of Russia serves to Steve Johnson of the United States in the Winston-Salem Open singles championship last year. 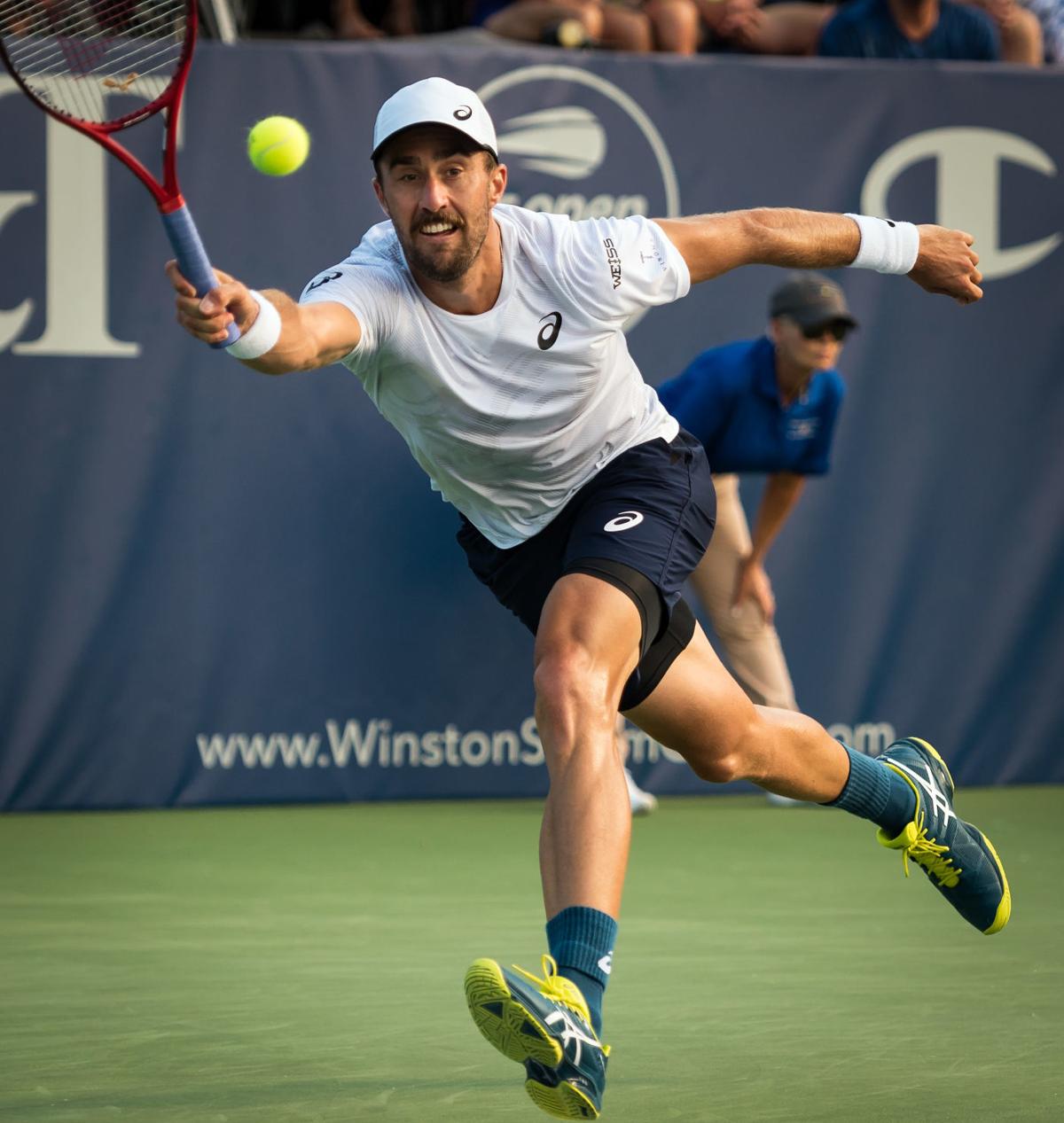 Steve Johnson, who lost to Daniil Medvedev in the Winston-Salem Open singles championship match last year, will return to play in this year’s tournament. 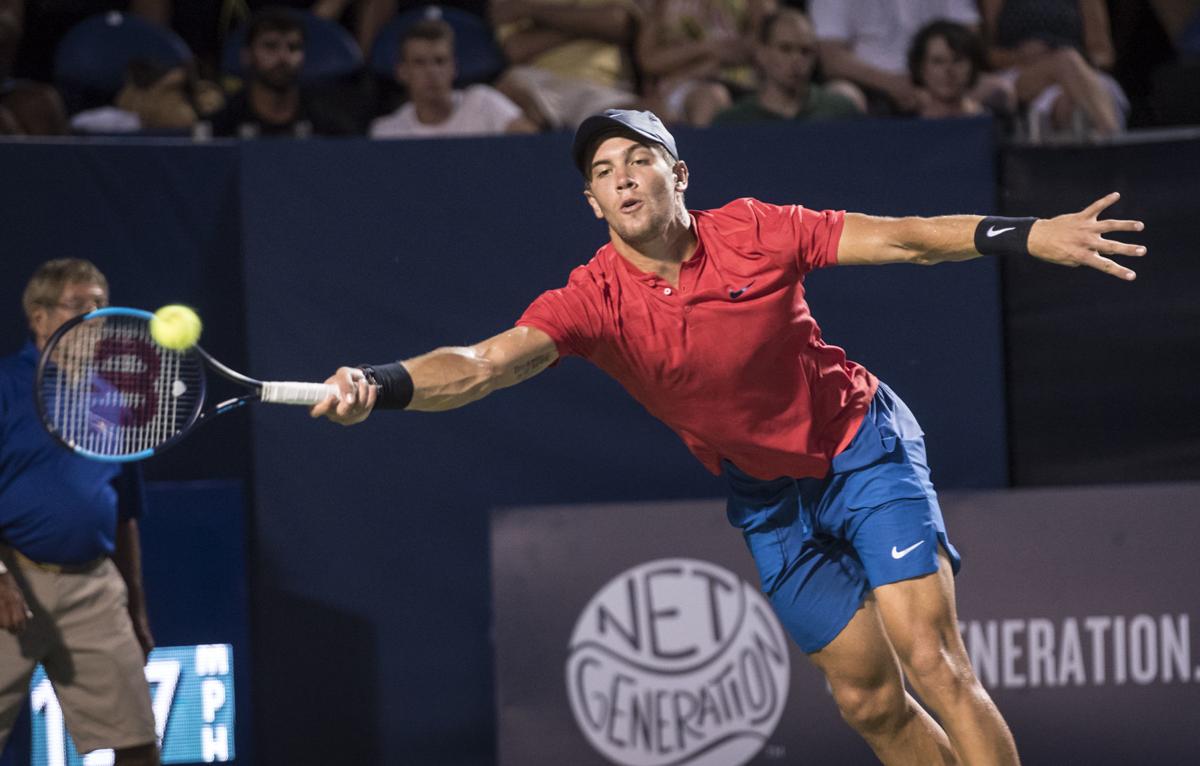 Borna Coric of Croatia returns to American John Isner during the third round of the Winston-Salem Open two years ago. 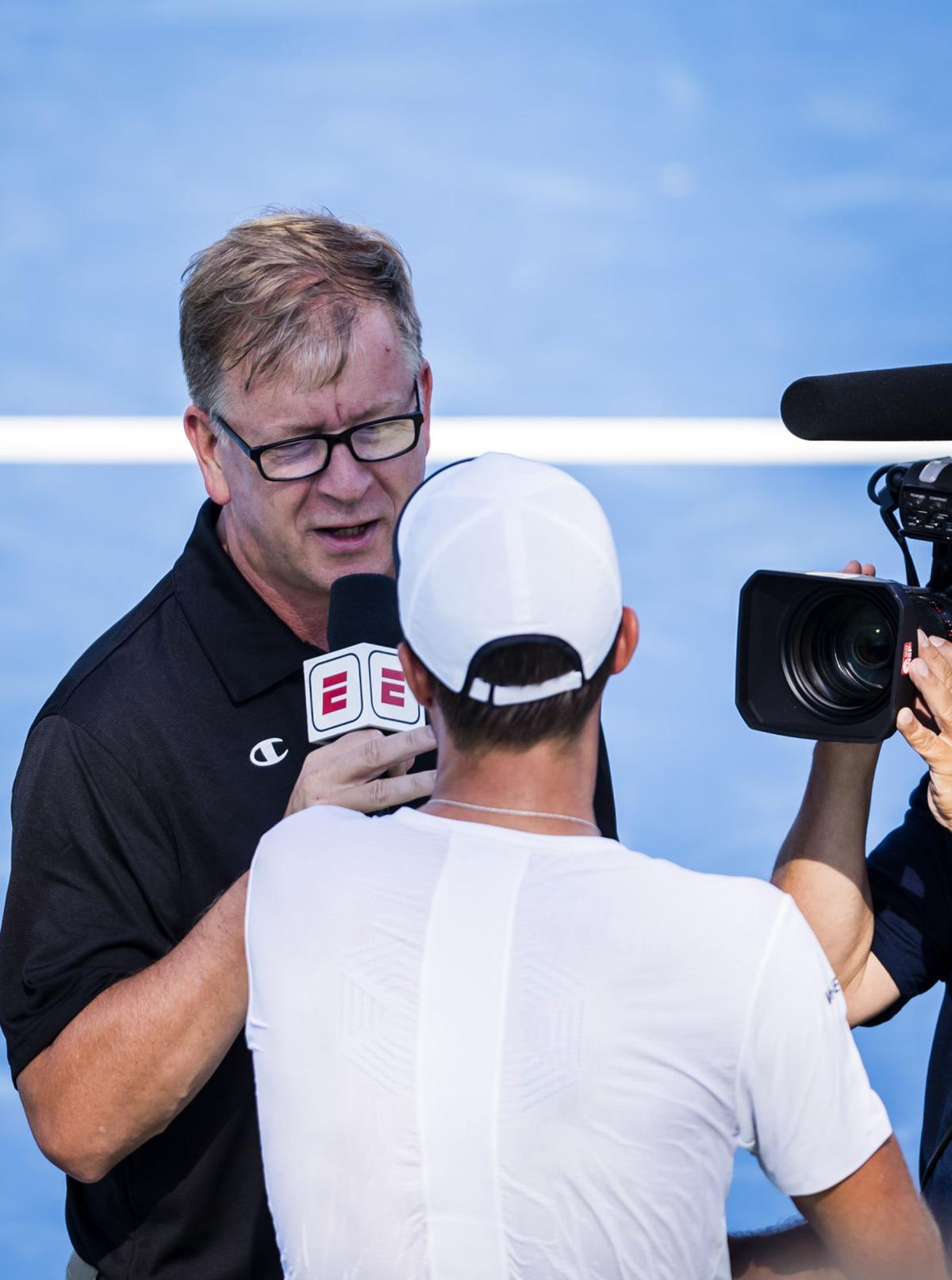 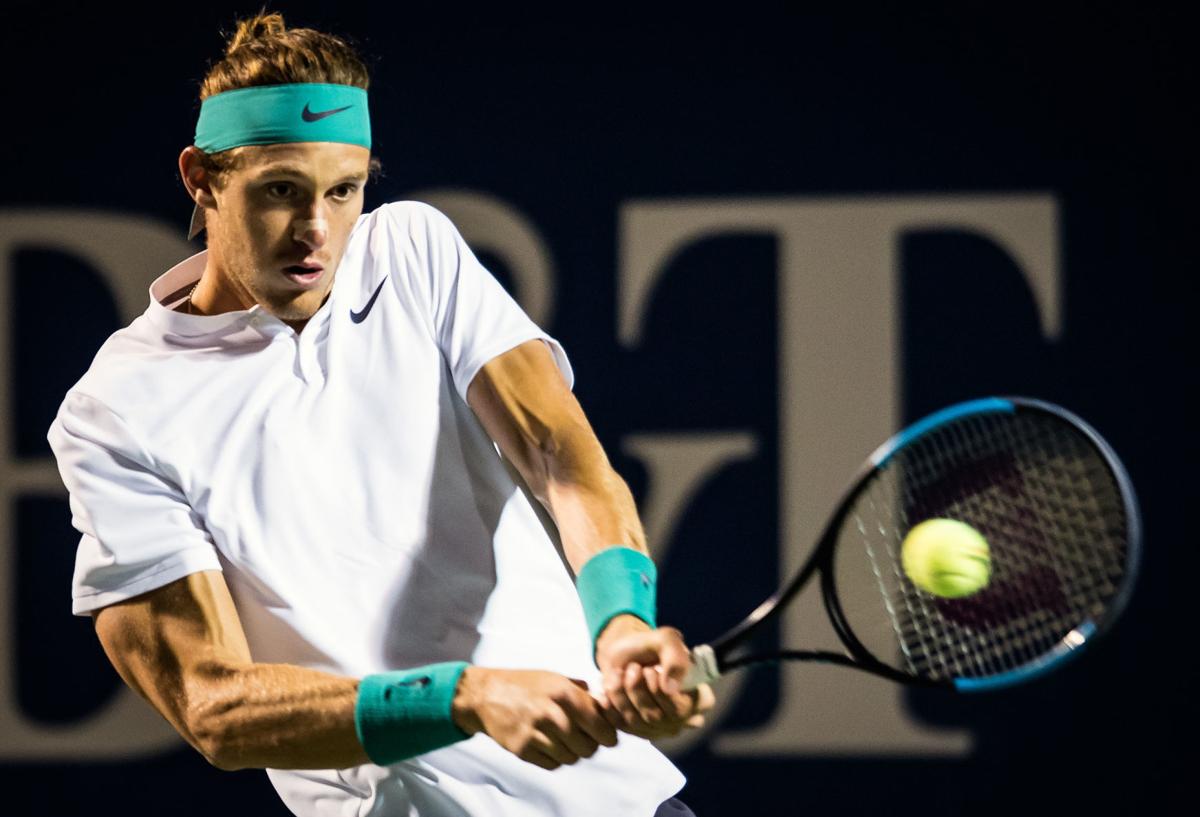 Nicolas Jarry of Chile returns a ball to Taro Daniel of Japan in a Winston-Salem Open quarterfinals match last year.

Daniil Medvedev of Russia serves to Steve Johnson of the United States in the Winston-Salem Open singles championship last year.

Steve Johnson, who lost to Daniil Medvedev in the Winston-Salem Open singles championship match last year, will return to play in this year’s tournament.

Borna Coric of Croatia returns to American John Isner during the third round of the Winston-Salem Open two years ago.

Nicolas Jarry of Chile returns a ball to Taro Daniel of Japan in a Winston-Salem Open quarterfinals match last year.

The Winston-Salem Open is in its ninth year, and for area tennis fans, the anticipation of the tournament announcing its field can feel like waiting for Christmas morning.

Tournament director Bill Oakes released the field for the tournament that features 39 of the 48 players who will play in the main draw. The tournament is scheduled for Aug. 17-24 at the Wake Forest Tennis Complex, next to BB&T Field.

The field includes Americans Steve Johnson and Sam Querrey, who committed to play at the Winston-Salem Open last month. In addition, Tomas Berdych from the Czech Republic, who reached the 2012 final before losing to Greensboro native John Isner, will be one of the four wild cards.

And of the 38 players who committed, all are ranked in the top 89 on the ATP Tour.

“I think like every year, it gives people a great opportunity to see a lot of different players from a lot of different parts of the world that are very successful,” Oakes said. “So I think our fans are going to see guys that will be playing in the second week of the slams very soon, which is what we want.”

The remainder of the nine players to play in the tournament will be comprised of three more wild cards, four qualifiers and two special exemptions.

“When you look at our field, we’ve got a lot of guys who are up and coming, who are going to do really well” Oakes said.

The top two players in the tournament — No. 14 Borna Coric of Croatia and No. 16 Nikoloz Basilashvili from the Republic of Georgia — both played here last year.

Berdych, who was previously ranked as high as No. 4 in 2015, has dropped to No. 110 after a back injury he suffered last year caused him to miss nine months. Now 33 years old, he is 12-6 this year after losing to American Taylor Fritz in straight sets in the first round of Wimbledon earlier this month. Berdych has a career record of 639-339.

“Being able to get Tomas Berdych to return, who made the finals here in ‘12, came back in ‘13 but got injured,” Oakes said. “He practiced the week before Wimbledon this year with Roger Federer. He’s hitting the ball very well, so we’re looking forward to having him as he’s recovering from his back injury.”

“I met with him in Miami in March and we had a great conversation,” Oakes said of Medvedev, who is ranked No. 13. “He actually texted me in Miami to ask if we could grab a few minutes together to tell me he was not going to sign up early because his ranking; he has done so well. What he has to do has changed, so from our standpoint he asked me to hold him a wild card and let’s talk in early August.”

Another crowd favorite is Isner, who won the tournament in 2011 and 2012. But he suffered a foot injury during the Miami Open in March and had to withdraw from the French Open. He played at Wimbledon, but lost to Kazakhstan’s Mikhail Kukushkin in the second round. Kukushkin, ranked No. 58 is also entered in the Winston-Salem Open.

Isner is committed to playing all the hard court tournaments − Atlanta, Washington, Montreal and Cincinnati − with the exception of Winston-Salem before the U.S. Open, which starts Aug. 26.

“For us that’s where we look at it and go, ‘We know he can’t play every tournament, so is he going to skip Canada? Or Washington? Or both?,’” Oakes said. “He’s going to need matches.”