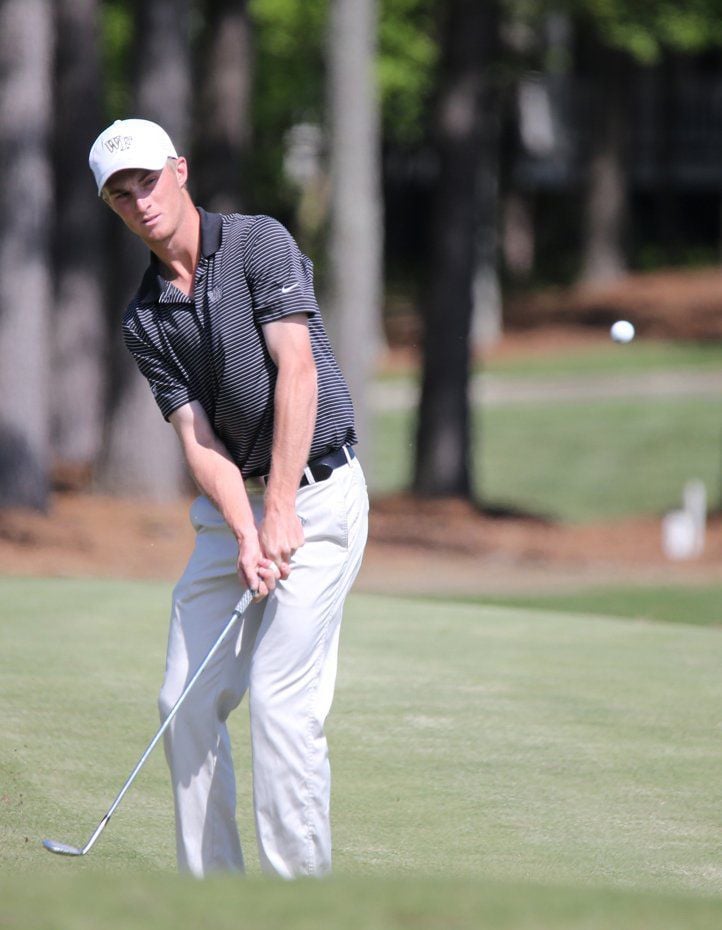 Will Zalatoris has made one cut in five PGA Tour tournaments this year. 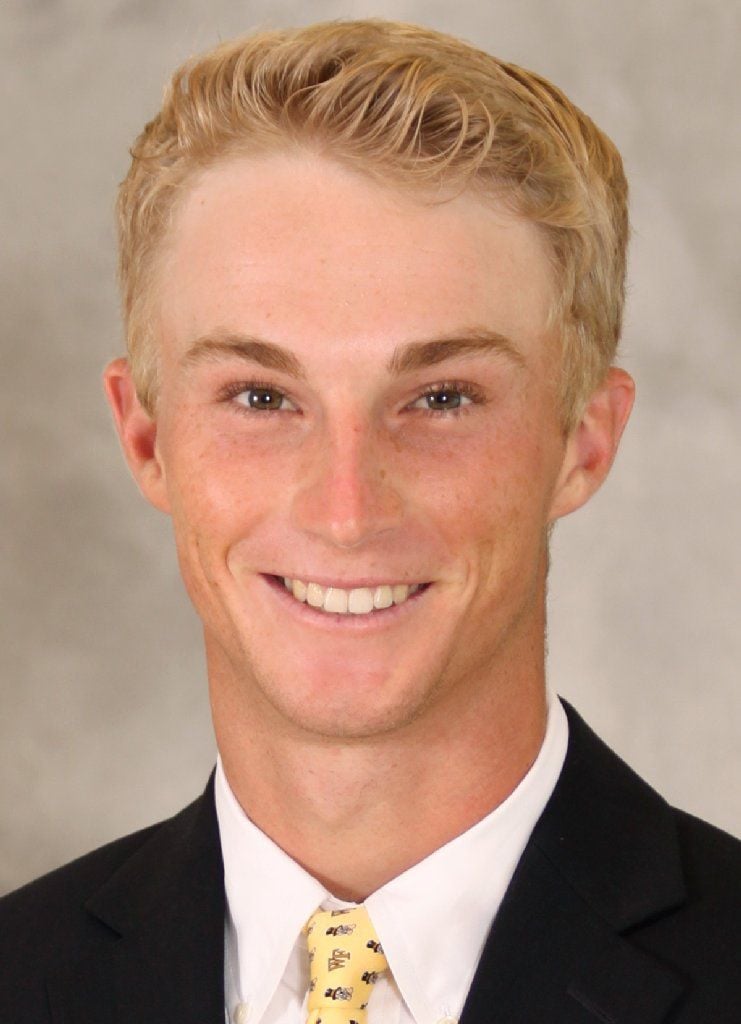 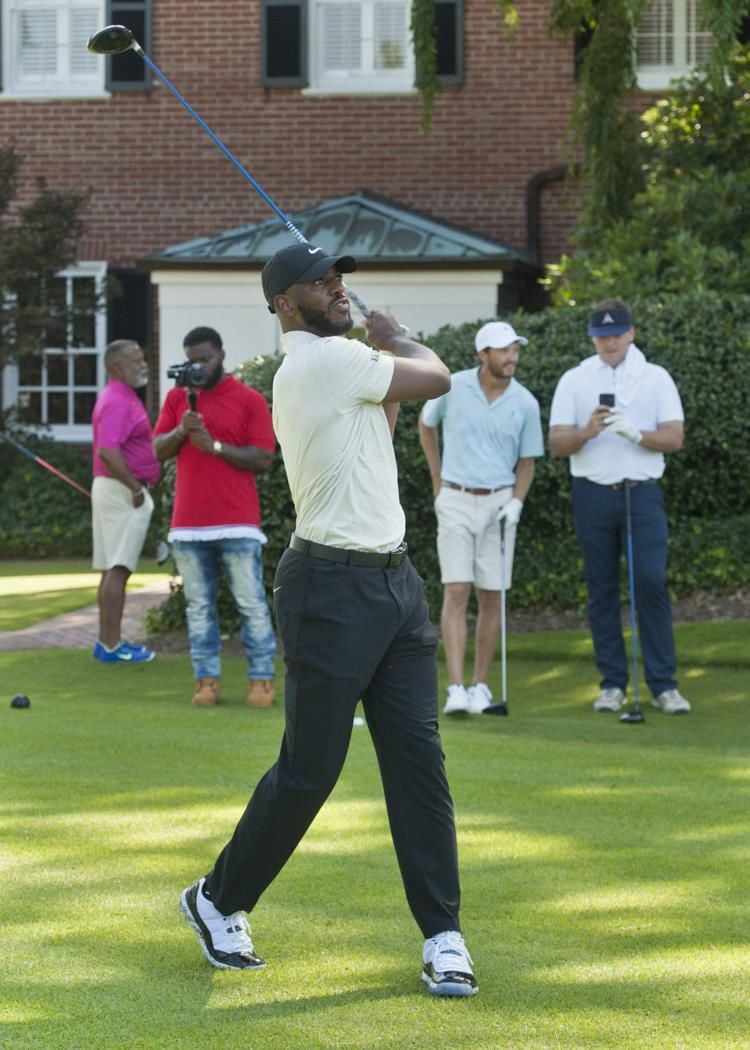 Will Zalatoris has made one cut in five PGA Tour tournaments this year.

Will Zalatoris has nothing to lose this week playing in the 79th Wyndham Championship at Sedgefield Country Club.

Zalatoris, who has had an up-and-down rookie season as a pro golfer, is playing this week on a sponsor’s exemption. The spot in the tournament was given to him by Mark Brazil, the tournament director.

After leaving Wake Forest with one semester remaining in January, his goal was to play as much as he could on both the Web.com Tour and the PGA Tour to gain experience in hopes of finding a place to play on a regular basis.

Zalatoris, who will turn 22 on Thursday, hasn’t found that place yet, but he has a goal this week.

“Obviously I have nothing to lose, so I want to finish in the top 10 and that would likely get me to the final stage of the Web.com Tour finals,” said Zalatoris, who has played in five PGA Tour tournaments but has made one cut to earn just over $14,000.

On the Web.com Tour he’s made one cut playing in a handful of tournaments through Monday qualifying.

One of the luxuries Zalatoris, who lives in Dallas, has is his familiarity with ths course. He’s coming back to Sedgefield Country Club, where not that long ago he played in two Wyndham Invitational AJGA tournaments.

“In my AJGA days, I played there twice and played once when it was at The Cardinal,” he said. “I’m looking forward to it, and you really can’t go wrong playing on a Donald Ross layout.”

Zalatoris will play in today’s Kevin Harvick Pro-Am and then work on his game Tuesday and Wednesday in preparation for Thursday’s first round.

His focus during the week will be all about golf and the Wyndham Championship, but after the tournament ends, he said he might stick around and visit Wake Forest.

“I’m thinking about hanging out a couple of days and maybe getting over to the golf facility,” Zalatoris said.

As for being close to Wake Forest and playing Sedgefield for the first time as a professional, Zalatoris is looking forward to it.

“I’m excited to play, and I’m rested and ready to go,” Zalatoris said. “I do feel good about my game right now and it’s just a matter of putting it together when it matters.”

One of the best aspects of being Chris Paul and spending time at home in Lewisville and Winston-Salem is folks will show up in droves if he has a fundraiser for his foundation.

Last week at Old Town Club, the Chris Paul Family Foundation raised more than $60,000 after expenses as 22 teams competed to raise money. Paul, an avid golfer who is about an 18 handicap, fell in love with the game in recent years.

“Having this tournament at Old Town made sense, and it’s the same course where guys like Bill Haas and Webb Simpson (former Wake Forest stars) and all those other guys played, so this is a great venue,” Paul said before he teed off last week.

Paul doesn’t hold a golf tournament every year and instead chooses to have different events. He enjoys bowling and has held fundraising bowling tournaments in the past.

The Chris Paul Family Foundation will earmark the proceeds from the tournament to the CP3 Academy near Hanes Mall, the First Tee of the Triad, the local branches of the YMCA of Northwest North Carolina, Winston-Salem Lacrosse and Twin City Soccer.

“This is especially nice to have the tournament here because it’s close to Wake Forest and is considered their home course,” Paul said.

One of the golfers playing in the tournament was Jim Caldwell, a former Wake Forest football coach who still makes his home in Clemmons. Caldwell, 63, who is out of the NFL now but said he might get back into coaching again if the right situation came about, was more than happy to help Paul’s foundation.

“I’ve gotten to know Chris and his family very well and they are quality people,” Caldwell said about Chris’ mother (Robin) and father (Charles) along with Chris’ brother, C.J. “Chris is a special person, and he and his wife, Jada, do a tremendous amount of giving back to the community.”

One change for the Wyndham Championship this year is public access to the course. The tournament is not open for ticket holders until Tuesday, which has become a trend on the PGA Tour. However, the Kevin Harvick Foundation Pro-Am will still be on Monday, but the popular Margaritaville will not open until Tuesday. For more information, go to the tournament’s website at www.wyndhamchampionship.com. ...

Six golfers from the First Tee of the Triad will get to play in the Kevin Harvick Pro-Am at the Wyndham Championship. The First Tee golfers are playing as part of the Ace or Eagle program. Those playing on Monday are Marsalis Davis, Darren Lee, Haylie Paulin, Chase McLaughlin, Celeste Miller and Dow Vest....

Next year’s Forsyth Invitational, which is normally played on the first weekend in August, would coincide with the same weekend as the 2019 Wyndham Championship. The meeting for the Forsyth Invitational is held in January, and discussion of changing the dates likely will be a big topic. This year’s tournament was moved because of severe weather last week. ...

Our state will be well represented in the U.S. Amateur this week with 13 golfers from North Carolina in the field. The tournament will be played at Pebble Beach and Spyglass Hill in California. Among the locals competing are Brandon Einstein of Clemmons, Josh Nichols, who now lives in Apex and is a former Forsyth Invitational champion, and Alex Fitzpatrick of England, who will be a freshman at Wake Forest this month. Also in the field will be Scott Harvey of Greensboro, one of the top amateurs in the country.

Ed Hardin: Golfers from foreign lands plant their flags at Sedgefield in Wyndham

GREENSBORO — The Wyndham Championship, in its many forms through the years, has long had an international flavor, but in recent years it's bec…