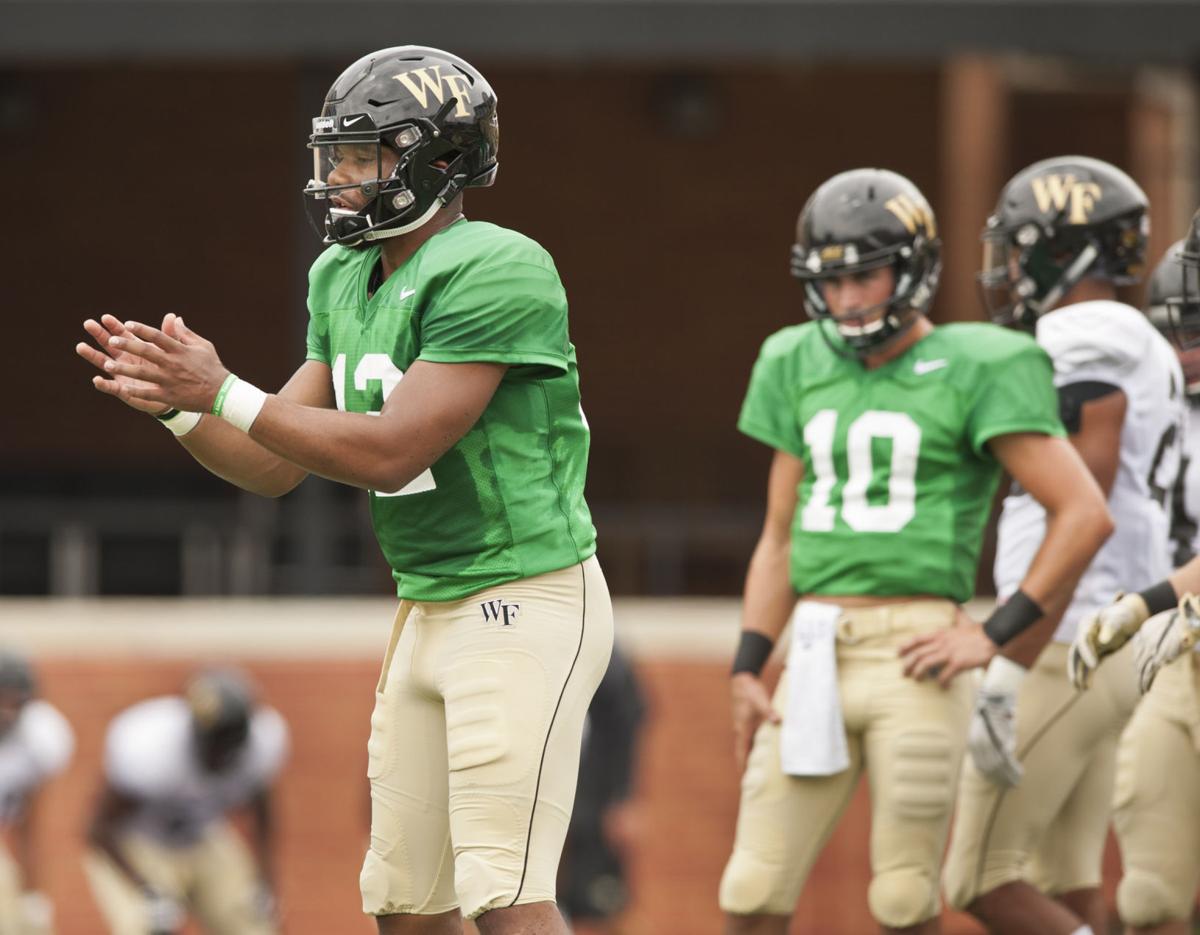 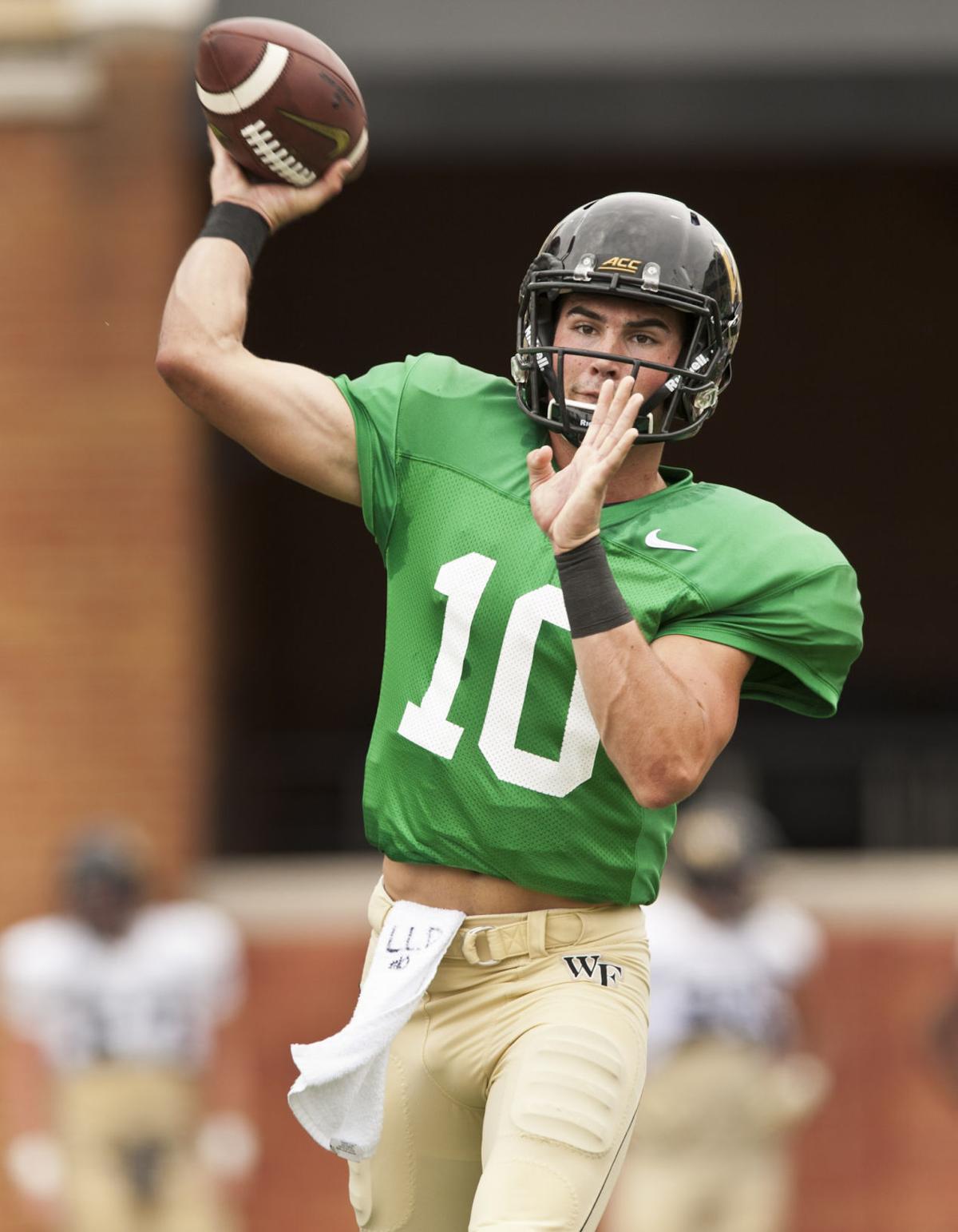 There’s a new development in Wake Forest’s quarterback battle, though Coach Dave Clawson is in no rush to make a definitive call just yet.

“He was getting rehab today, and he was in the weight room and doing some things in the pit,” Clawson said of Newman. “That’s a little bit day-to-day right now. We’re hoping to get him back sometime later in the week. But it’s day-to-day.”

Wake Forest has practices Tuesday and Wednesday before an off day on Thursday. On Friday, game prep for the season opener at Tulane begins.

Asked if — with Tulane-specific practices only days away — Clawson was close to naming a starter, he declined.

“We’ll announce it. But, obviously, if a guy misses time, if he’s going to miss some practices, that’s going to play into the decision,” Clawson said. “Hopefully (Newman) can come back and get out here in a few days and let’s see where he’s at. And if he can’t, that makes the decision easier.”

Newman’s injury came on the first play of his third series in Saturday’s scrimmage. The play was an option to the left, and Newman appeared to be shaken up but stayed in. He took another 18 snaps, including throwing a 25-yard catch-and-run touchdown to Jaquarii Roberson.

Clawson said performance-wise, Newman and Hartman have both been ahead of where he thought they’d be.

Senior receiver Alex Bachman has seen the same thing and, having seen the previous three quarterback battles in camp, confirmed that the competition was neck-and-neck.

“They both look really good. Every time one makes a good play, the other one bounces right back and makes a good play,” Bachman said. “So, yeah, I think they are neck and neck. It’s been a tight race, they’ve both come out and competed very well.”

In other quarterback news, Monday was the first time since Aug. 9 that Kendall Hinton took snaps at quarterback. He rotated with Tayvon Bowers in taking second- and third-team reps, though Hinton still also lined up at slot receiver for some plays.

Clawson said the injury to Newman did not necessitate that Hinton move back to quarterback, rather that it was planned for — and that Hinton was originally going to take QB snaps last week.

“We’ve got to keep giving him some quarterback reps, and with Jamie out today, that made it a little easier, let him and Tayvon split the twos and the threes.”