Sam Puryear Jr. has his first book out. 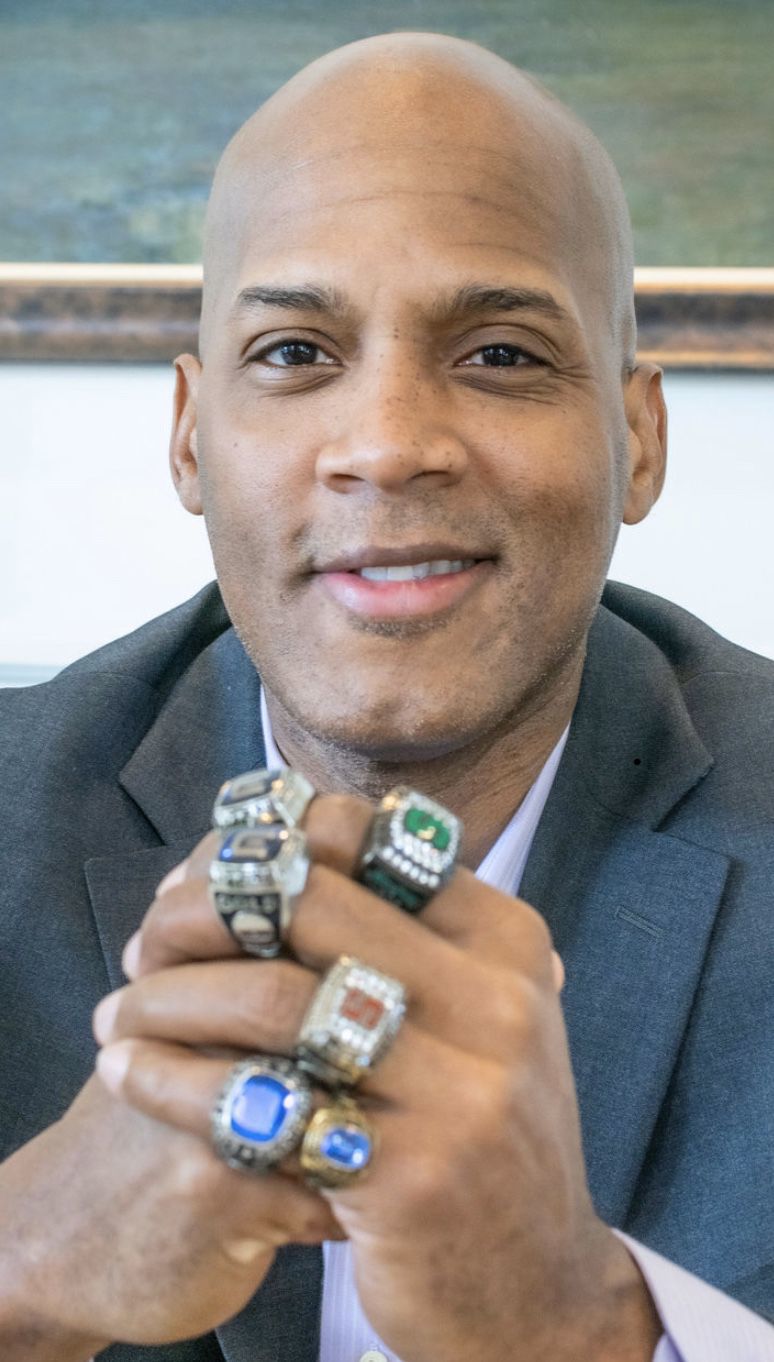 Sam Puryear Jr. says now more than ever people are in search of hope, especially for children.

That was his main reason for writing his first book, “Diamonds in the Rough,” that made its debut a few days just before the coronavirus pandemic hit the United States hard.

Puryear Jr., a Winston-Salem native and award-winning golf coach, details his time as the director of the East Lake Golf Club’s Junior Academy in Atlanta. He spent eight years there shaping lives of children and their families who didn’t know a lot about the game of golf. He uses the game to show children what their lives can become.

“I ended up writing about four families who each had a kid that wound up going to college thanks to golf,” said Puryear, who is a son of Sam Puryear Sr., who is in the Big House Gaines Hall of Fame at Winston-Salem State for his time as a golfer in the mid-1960s. “It’s funny because those kids that ended up going to college are in their early 30s now, so that makes me feel really old.”

Puryear, 49, who is the new director of golf and is in charge of starting the women’s and men’s programs at Howard, has used golf as a teaching tool with children and, for a couple of seasons, as boys golf coach at Reynolds High School.

Conrad Ray, the head men’s golf coach at Stanford, wrote the book's foreword. Puryear was an assistant to Ray in 2007 when the Cardinal won the NCAA championship, and shortly afterward Puryear became the first black head golf coach of a Power Five conference when he was hired at Michigan State.

He earned Big Ten coach of the year before moving closer to home to coach the women’s and men’s programs at Queens College for six seasons. His program produced a combined 16 team titles.

“I tell the story about what these kids went through in Atlanta and the $100 million drug trade, the lack of fathers in the homes, and how the education system was not working,” Puryear said of his book. “My main goal was to use golf as a way to bring them to the dock and show them how to fish.”

Puryear, a Carver High School graduate, says he was lucky to have a stable home life growing up in Winston-Salem. He dedicated the book to his father and mother. Sam Sr., who has been blind for the last 15 years, is a retired high school principal, and his mother, Barbara, taught English at WSSU.

Puryear, who was chosen all-conference and all-academic in golf at Tennessee State, earned his degree in communications.

“Some folks who have read it and have said it touched a lot of emotions and made them cry, laugh, and parts of the book made them pissed off,” Puryear said. “I read a lot myself and I see what’s happening in the world, and there are these small communities all over the United States where I think people are losing hope. I wanted to maybe add something they can read where it’s OK not to kill a kid’s dream and to look at what they can do and what they can become.

“We need a lot more of positive outlook now more than ever.”

He starts his book with a story about how two of the youth were arrested under false pretenses on a public course across the street from East Lake Golf Club.

“That gets everybody’s attention right away,” Puryear said.

'DIAMONDS IN THE ROUGH'

Sam Puryear Jr.'s book, "Diamonds in the Rough: The Shining Success Story of Inspiration, Faith and Hope in East Lake" (Pure Swing Publishing; $17.95) is available for order through Amazon.com.