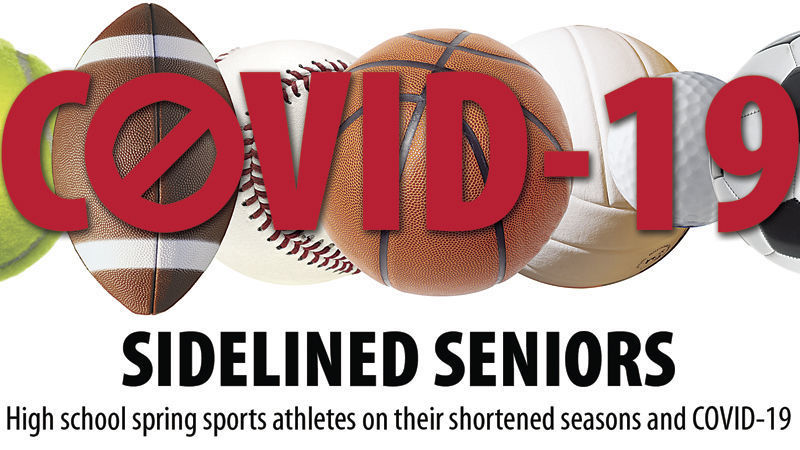 Sierra Franco began running in the eighth grade. She said it became a serious interest upon joining the girls track and field team at Parkland, under Coach Antwan Hughes, as a sophomore during the indoor season.

Franco, in 2019, went on to help the Mustangs claim the girls team title at the NCHSAA Class 3-A outdoor track and field championships at N.C. A&T in Greensboro. She ran the third leg of the 4x400-meter relay at the meet, and looked to improve this season but the coronavirus outbreak ended that hope. Franco is set to enroll at A&T and was named a Lewis and Elizabeth Dowdy scholar in early May.

Franco shared her thoughts in a Zoom conference. Here are the highlights:

Q: What are you missing most about school and track and field?

Answer: I would definitely say the people, when we were at practices and stuff like that. My team is really funny and lighthearted, everybody there — there's always good energy. I definitely miss being around that type of thing, especially because school got to be so stressful at times. I'm in the (International Baccalaureate) program at Parkland, so there was an extra work load that we had. It was definitely nice to, kind of, balance it out. I guess I, kind of, miss that balance having a heavy workload but then getting to relax and almost run off the stress that I had at practice and then laugh it off.

Answer: I'm actually pretty blessed because we live in a nice neighborhood, so there are a lot of hills that I can run on. There's also a few flat parts that I can sprint down, if I wanted to — I could sprint down and back. So I kind of try and, almost, mimic the workouts that I would've missed had we still had a season. And also, before the stay-at-home orders were in place and we couldn't really do anything, I would take me, my brother (Ian) and maybe a few other teammates and we would go to the Winston-Salem State track and practice sometimes. We would get the workouts from the coach, and then we would do the workouts there. It would be definitely not the same, but it's better than nothing.

Answer: I think one thing that I would want back is just the practices. Like I said, it was a really good way for me to relieve stress and a really good way to be around other people. The people that I stay in school with, I've been with for years now. So it was nice to be around some younger people, be around people who aren't in my regular classes. So, if I could have one thing back, it would almost be just the social interaction that I will miss because I haven't been at practices. I haven't been at meets.

Answer: One of my goals was to try and get the IB diploma. And, because our IB exams were actually canceled, that's much different. The process to get the diploma is much different than it was, like, the way that we were preparing for it. I don't know how that'll be because we're the first class of students that have had to do it in this process, so that goal kind of did get altered. … The other goal I probably had (with track and field), was to be better than I was a few years ago when I started — better than I was last year. And, of course, that's changed. … I have nowhere to gauge that, sort of, improvement or progress.

Answer: I think just the fact that we have a lot of time. We have so much time to do anything. That's why I usually keep working out. And I've even had time to start reading again, which I haven't been able to do for a while now because I've been so much schoolwork. And then I have practice. And then, after that, I'm already tired — I'm just depleted of my energy. So I think one, big motivator I've had is not only time but that I have things to look forward to. Like, I know I'm going to college. I know I'm going to have fun. I know that there's a lot of things that will be open to me whenever everything, kind of, goes back to normal.

Answer: I would say my dad (Oba) and my brother. They've helped me a lot when it comes to getting over it, if that makes sense. My dad has definitely offered to, not only be there for me when it comes to making sure that I'm OK, he has helped me and encouraged me to go work out — go release some of the stress, some of the emotions that I'm feeling. … My brother, when I do work out with him, he kind of provides that same competition almost that I'm maybe missing. You know, when you're practicing with other people you get motivated because you're around other people.