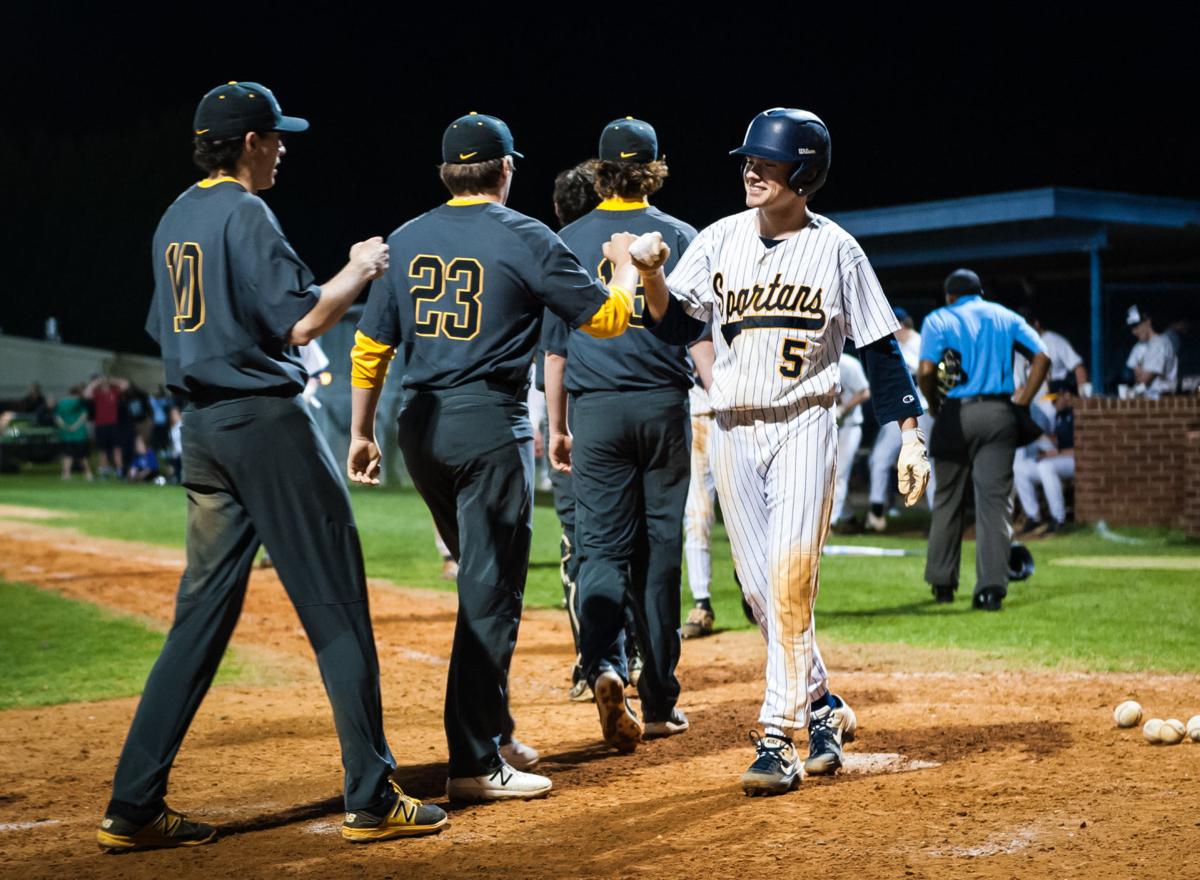 Mount Tabor and Reynolds players bump fists after a nonconference baseball game on Friday, at Mount Tabor High School in Winston-Salem. The NCHSAA suspended spring sports statewide at least until April 6 because of the novel coronavirus. 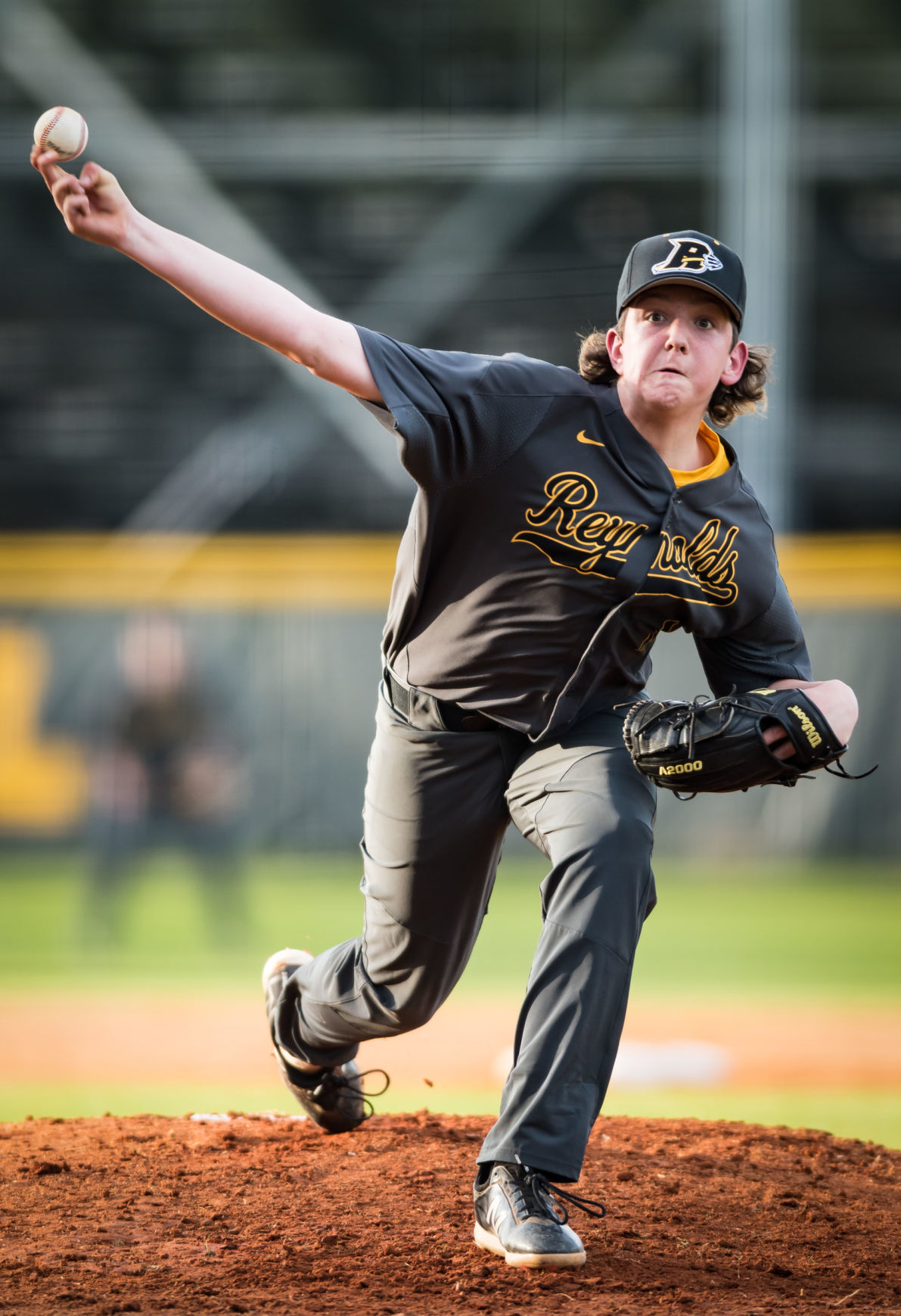 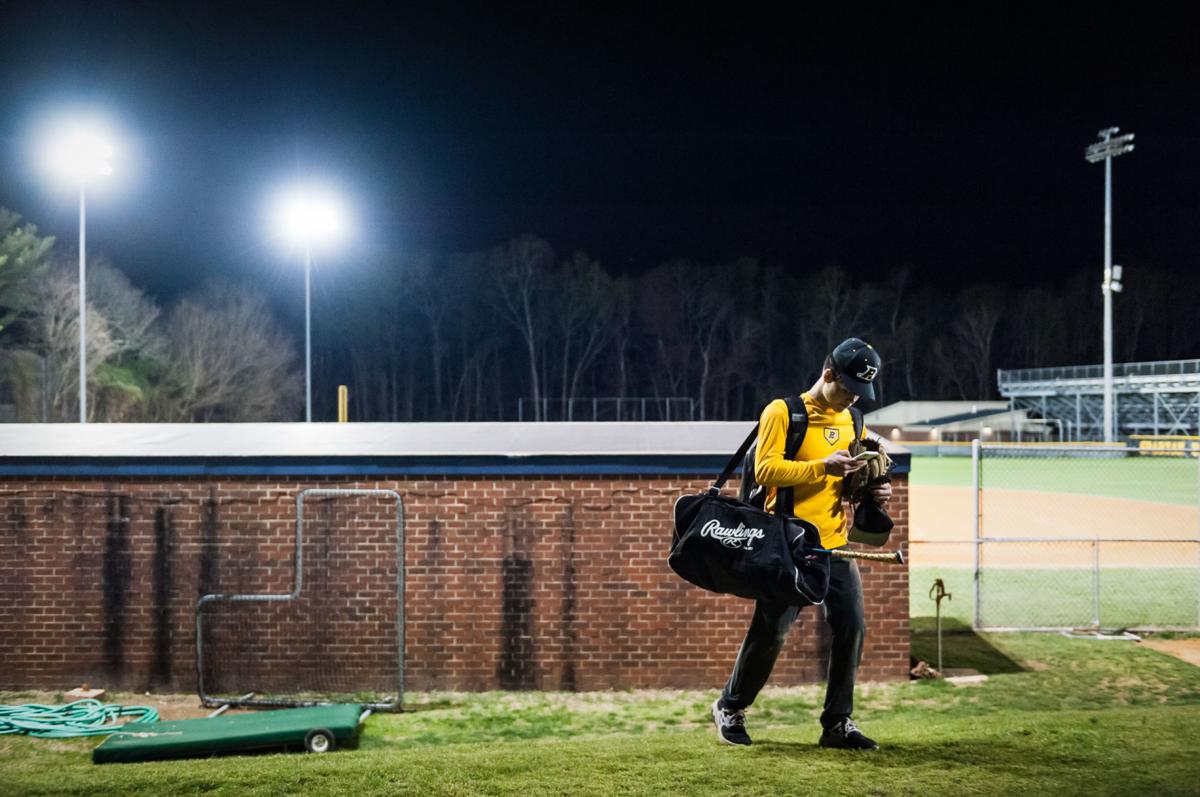 Reynolds sophomore Luke Powers checks his phone as he walks away from the field after Friday night’s game against Mount Tabor. 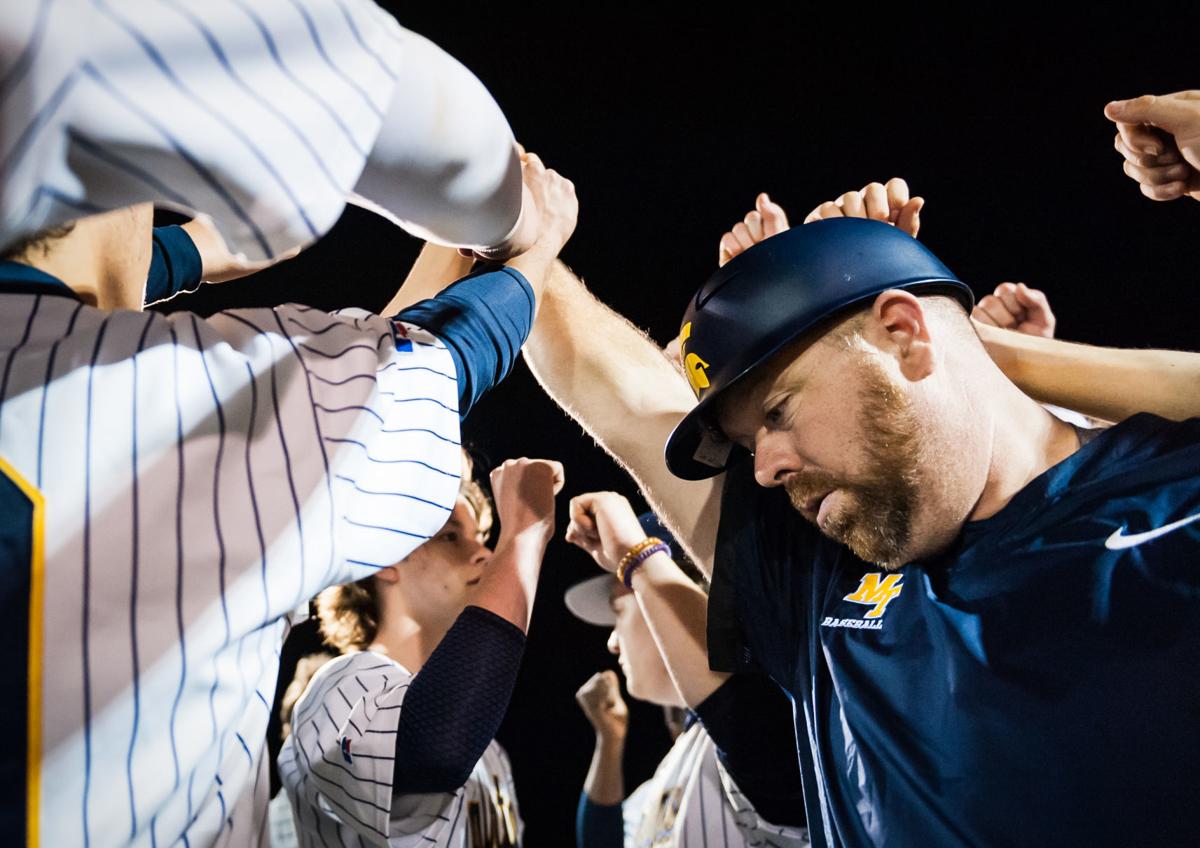 Mount Tabor and Reynolds players bump fists after a nonconference baseball game on Friday, at Mount Tabor High School in Winston-Salem. The NCHSAA suspended spring sports statewide at least until April 6 because of the novel coronavirus.

Reynolds sophomore Luke Powers checks his phone as he walks away from the field after Friday night’s game against Mount Tabor.

Conner Frail walked quickly off the mound, shouting and pumping his arms. Frail, a freshman pitcher, then tossed his black glove toward the Reynolds baseball team’s dugout.

The Demons, some clapping their hands and others leaping into the air, jogged to a handshake line near home plate. It would be their last celebration for a few weeks — if not longer.

Reynolds eventually routed Mount Tabor 7-2 on a clear, cool night at Carl R. Sapp Field. It’ll be a while until the teams set foot on a diamond again after a move by the NCHSAA on Thursday to suspend spring sports until “at least” April 6. That decision — putting skill development, practices and games on hold — was borne out of growing concern over the novel coronavirus outbreak.

For the seniors, it might be their last wearing a baseball uniform.

“You know, coming into today, it was, ‘We’re not sure when we’re going to get to put a uniform back on again,’ ” Pat Frail said after the game. “We told them it was going to be a good crowd — it’s a rival. And play as if it was your last game of the season.

“We just don’t know when we’re going to get back on the field again.”

A few minutes earlier, Frail had pointed toward a small hill to his right, next to the press box. He told his players, after their handshakes with the Spartans (2-3), to thank a group of people lining the hill.

A few were in the metal bleachers behind the backstop. Some leaned against a chain-link fence. The Reynolds Rowdies — the school’s student section — sat in a group on the hill. According to Frail, the Demons (4-1) weren’t accustomed to that sizeable a crowd.

It was a practically perfect night for a baseball game. And it was a fitting send-off.

“It just sucks that the season might end this early,” said Stratta, standing next to Gallagher. “It got off to a great start, and nobody thought we were going to go 4-1.

“We couldn’t wait for conference (play) next week, and it’s just heartbreak that this could potentially be our last game.”

Before first pitch, the nine seniors between the two teams were recognized near home plate. Coach Kevin McIntosh of Mount Tabor said he called Frail late Thursday night, asking about taking a moment to honor a group that might be playing its final high school game.

“You know, it just was weighing on me really heavy, knowing what happened in the NCAA and their seniors not knowing when their last game could be,” McIntosh said. “At least, if this was the last game, they had some closure.”

Gallagher said his teammates aren’t looking to give up on training, adding that pickup games have been discussed. Conner Frail said there had been group messaging involving unofficial practices — workouts and hitting.

“I’m not happy about it, but I know we need to take precautions on the virus,” said Conner Frail, who threw 92 pitches with seven strikeouts in just his second start. “I mean, I’d rather play. But we need to keep on playing and practicing, so if we come back in three weeks, then we’re good.”

Players from Mount Tabor, in their pinstriped uniforms, tidied up the field after the game. Spectators walked through the metal gates and loitered on the field.

A few children tossed a large ball near second base. McIntosh drove a red infield groomer, stopping in the outfield grass.

“I mean, 20 minutes. We’re still standing around,” McIntosh said, looking at his watch. “It’s not about a 7-2 baseball game. It’s about life.”