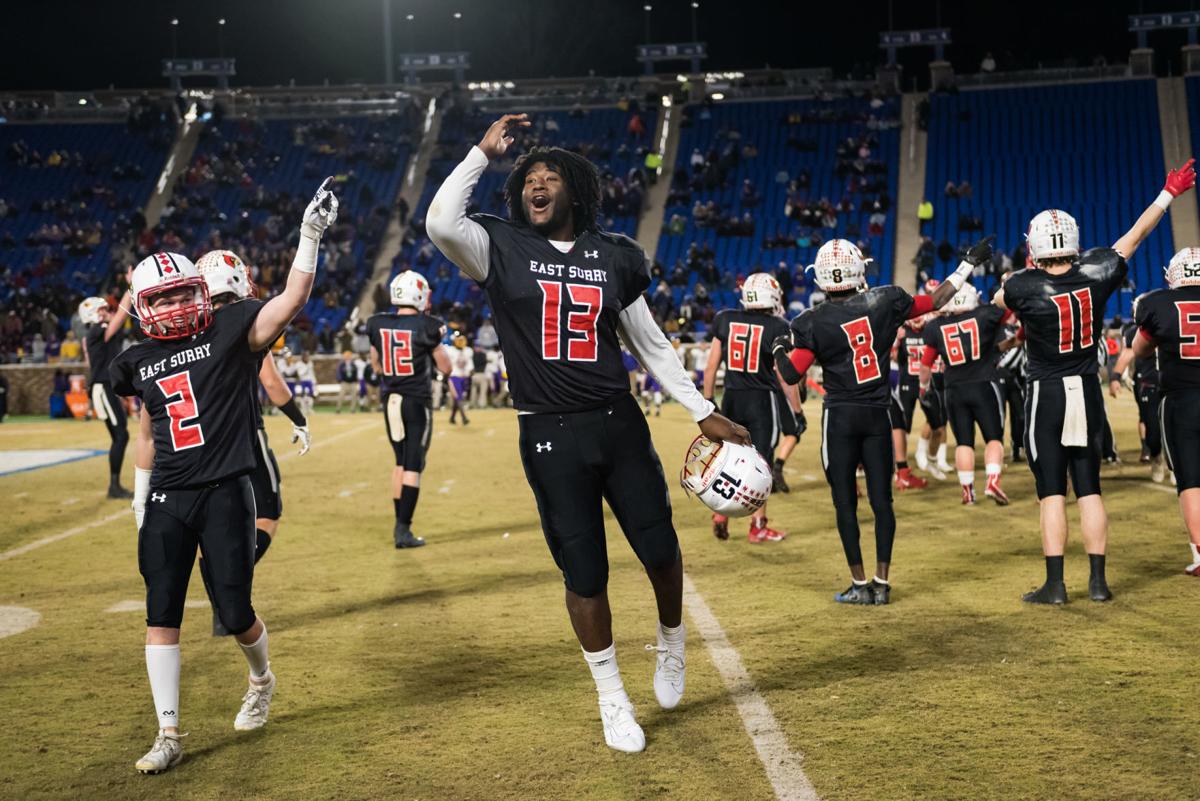 Isaac Washington (center) is rated a 3-star prospect by 247Sports and racked up seven Division I scholarship offers, all by Power-5 programs. 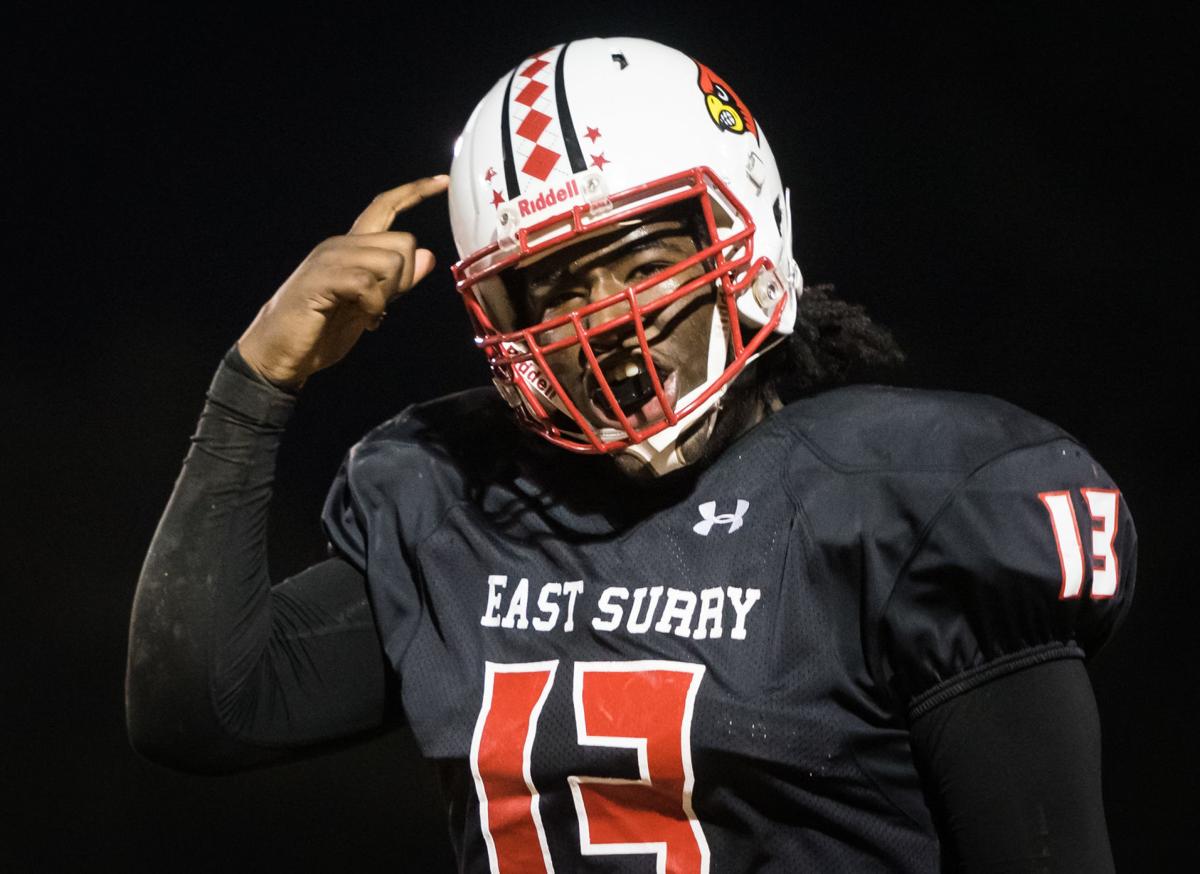 Isaac Washington (13) celebrates in the second quarter of the NCHSAA Class 1-AA West Region final on Dec. 6 in Pilot Mountain.

Isaac Washington (center) is rated a 3-star prospect by 247Sports and racked up seven Division I scholarship offers, all by Power-5 programs.

Isaac Washington (13) celebrates in the second quarter of the NCHSAA Class 1-AA West Region final on Dec. 6 in Pilot Mountain.

Isaac Washington was a vital contributor during the East Surry football team’s run to its first state title in program history. A little more than a month later came a chance to carve out a college career and extend his stay on the defensive line.

That decision was announced through a post from Washington’s Twitter account, accompanied with a photo of him in the orange and white jersey of the Volunteers.

Washington, rated a 3-star prospect by 247Sports, racked up seven Division I scholarship offers, all from Power-5 programs. Tennessee made an offer on July 30, after Auburn and Virginia Tech a month before. The list later included South Carolina, Georgia, Florida and North Carolina.

He was a force on the East Surry defensive line, which held opponents to two touchdowns or less in 12 of its 15 games last season, culminating in an NCHSAA Class 1-AA title.

Washington compiled 105 tackles — 27 for losses — along with 21 quarterback hurries, on the way to the Cardinals’ 56-28 victory over Tarboro in the title game.

After the season, he was named defensive player of the year in the Northwest 1-A and was voted to the Journal’s All-Northwest football team.

Washington, who transferred from Mount Airy to start the 2018-19 school year, helped East Surry reach its first appearance in an NCHSAA championship game as well — a 50-10 loss to Tarboro in 2018. He recorded 89 tackles, with 12 for losses that season as a sophomore.