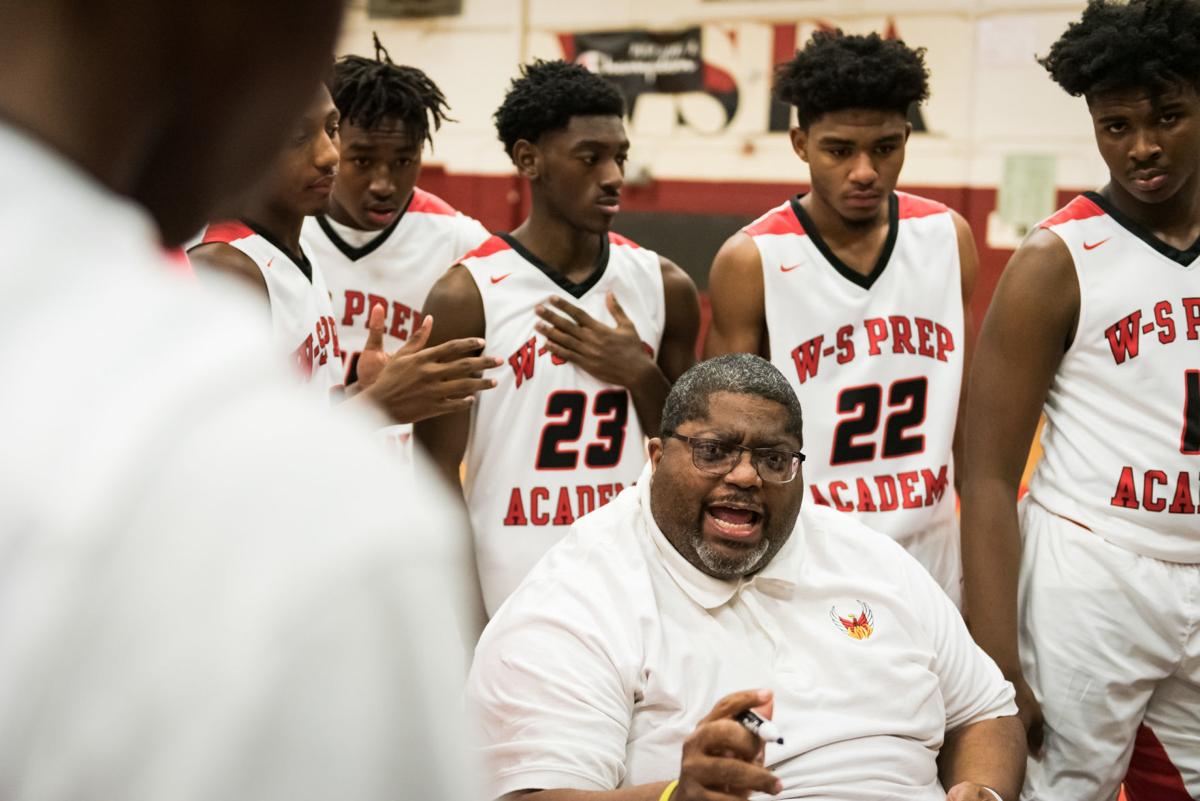 Andre Gould, who led Winston-Salem Prep to six state championships, is taking over as the new boys head coach at Quality Education Academy. 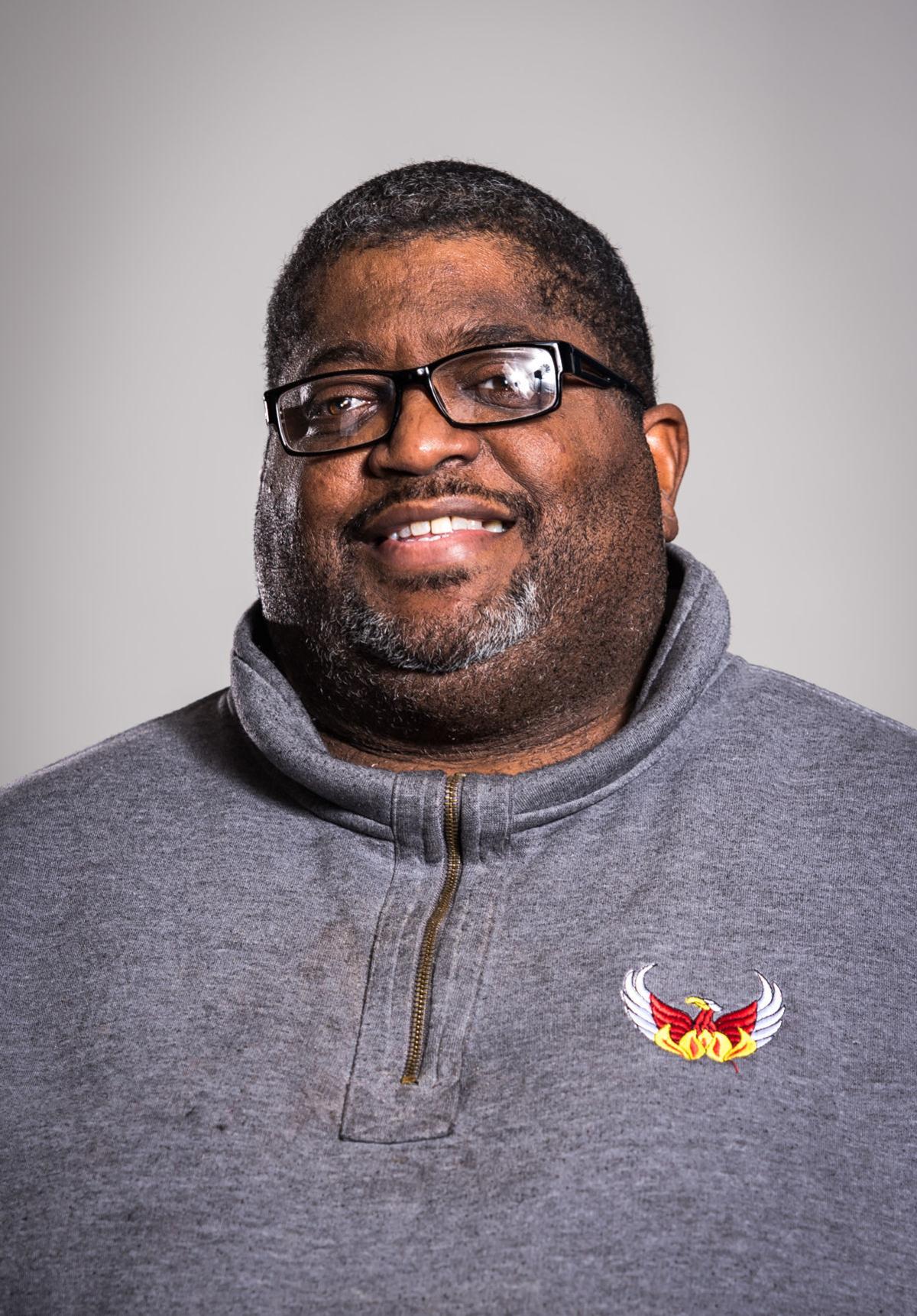 Andre Gould will take the helm of another boys basketball program, signaling an apparent change of direction for Quality Education Academy.

Gould will become Quality Education’s coach after guiding the Winston-Salem Prep boys to six state championships in a little more than a decade. He will replace Isaac Pitts, the former athletics director and longtime coach whose program has been under scrutiny as it won games and produced Division I college prospects after its establishment in 2008.

“What their vision was and what mine was — it was a match made in heaven,” Gould said. “The biggest thing was making sure that our young men graduate, our student-athletes in general making sure they graduate. … Put ‘em in school, do all those great things that had been done in the past but we need to take it to a different level.

“We just wanted to make sure we didn’t sacrifice the integrity of the program and that we are really excited about it.”

Quality Education CEO Tonya Bellanger, who began work there in July 2019, said she entered her role looking to rebrand the school under the slogan “Expect excellence.” That includes athletics, she said, wanting programs to operate efficiently and “above board.”

Pitts, whose contract expires June 30, was suspended late in the 2019-20 basketball season after the team forfeited its Greater Piedmont Athletic Conference semifinal and championship games in February, according to Bellanger. Quality Education and Pitts, who has served prison time in two states on multiple felony charges, are parting ways, she said.

Guilford County’s Oak Ridge Military Academy filed a formal protest after losing in the conference championship game. Coach Gary Holbrook provided screenshots to the News & Record of a website for a school called Quest Excellence Achievement Academy that listed Pitts as CEO but has since been taken down. The website included a 12-player roster, including nine out-of-state players.

“It wasn’t based totally on that, but it had some bearing,” Bellanger said. “But there was just other things that we’ve been kind of going through and looking at over the years. And so me and him had some conversations, some talks and decided, mutually, in a new direction.”

One of Pitts’ players, Syracuse, N.Y., native Quincy Ballard, was recruited by multiple ACC schools and says he will attend Florida State beginning with the 2020-21 academic year.

The charter school, which was formed in 1997 and competes within the Carolina Athletic Association for Schools of Choice along with Winston-Salem Christian and Guilford County’s Piedmont Classical, added basketball in 2008. Quality Education drew attention from the New York Daily News, which in 2011 referred to it as a “basketball factory” with 75 enrolled students including 13 basketball players from eight states, Nigeria and Canada.

Simon Johnson, the charter school’s co-founder and CEO who retired in July 2019, told the Journal at the time that all new programs undergo NCAA scrutiny. He noted an NCAA official visited the school during the 2008-09 school year to ensure its courses met guidelines.

In 2009-10, the state chose Quality Education as an Honor School of Excellence, the highest designation for a public school.

An investigation by N.C. Policy Watch in 2013 reported that out-of-state players lived in a home near the school’s CEO and that Pitt was listed as a guardian to several players. State laws required student to live with parents or a court-recognized guardian, Policy Watch reported. The investigation found that two-thirds of the players, from 2008 into 2013, came from other states and countries, with state, federal and local taxpayer funding contributing $13.2 million for the school during that time.

Pitts was denied a teaching license during an application process to the N.C. Department of Public Instruction in 2013 and 2014. A ruling by Craig Croom, an administrative law judge, stated that Pitts had served 10 years in prisons in Ohio and North Carolina for having committed seven robberies and did not meet the “role model” standard required for a teaching license. During the application process, according to the ruling, Pitts admitted substance abuse but said he received drug counseling and overcame a cocaine addiction.

Pitts also had been convicted of a handful of misdemeanor charges in the mid-1980s.

“Petitioner can serve our youth in other capacities,” Crooms wrote in his ruling. “He can impress upon our youth how his past has prevented him from achieving his dream of being a teacher. He can instill in our youth the need to avoid drugs and make good decisions in order to achieve their dreams.”

Before Pitts was hired at Quality Education in 2008, he was employed by the Winston-Salem/Forsyth County Schools system from 2003 to 2008 as an assistant basketball coach and teacher assistant.

Gould, who announced he was stepping down at Winston-Salem Prep on May 11, said he would take six members of his coaching staff to QEA.

“You can find a basketball coach anywhere,” said QEA Athletics Director Devane Woodruff. “... We didn’t want to bring in somebody that was so focused on sports that they’d miss the part that, you know, we touch the lives of everybody that we touch — more than just sports. Coach Gould did that. He bought into that and that’s part of what he does and that’s part of what he brought to the table.”

Bellanger, a Reynolds graduate, knew of Gould from his time spent with the Demons as an assistant coach under Howard West. Gould was at Reynolds for several years before building his team at Winston-Salem Prep. Gould ended his career with the Phoenix after the NCHSAA deemed 16 boys and girls basketball teams, including his team, co-champions in their classifications in April after the coronavirus outbreak caused the cancellation of the rest of the season and spring sports seasons.

“This school’s a great school and, for me to come, shows you that it’s great because I’ve done things in a manner that has helped me be successful in the past,” Gould said. “It’s really simple. We have a saying, ‘We won’t look back.’ Everything we’re doing, we’re going to keep our eyes on the prize and keep going.”