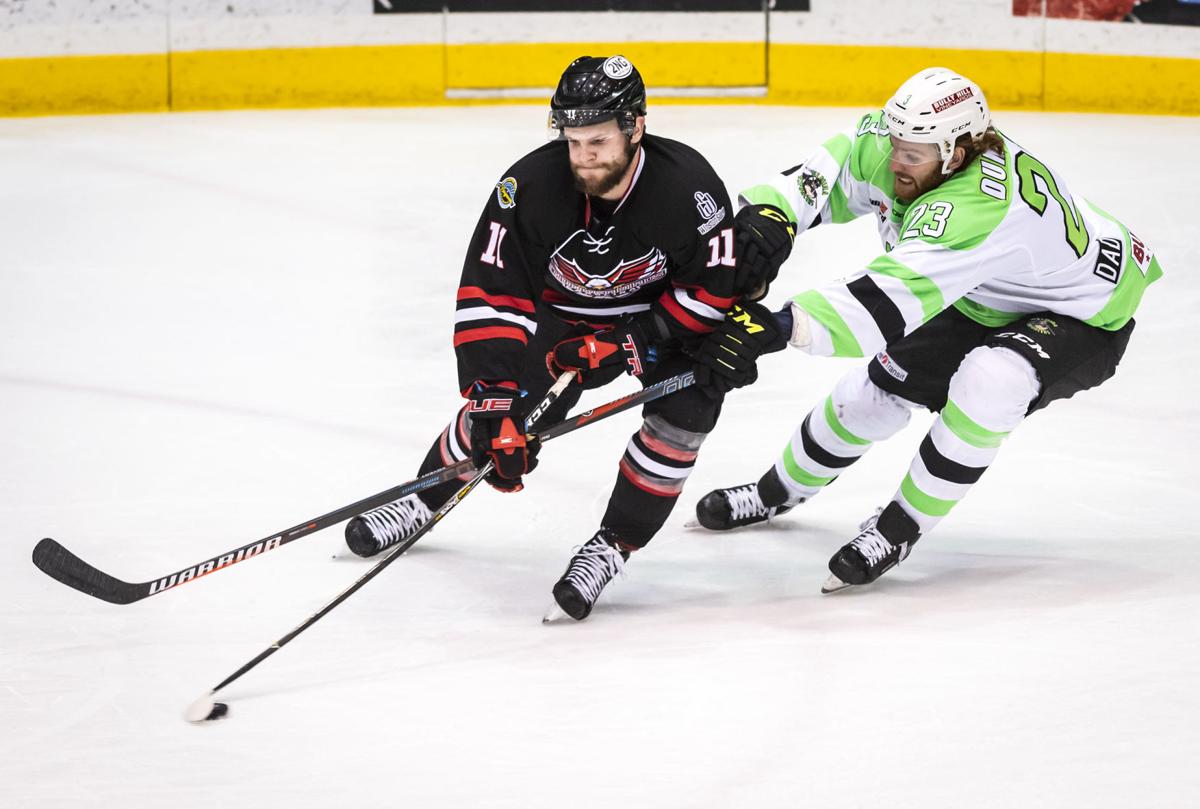 Michael Bunn, left, of the Carolina Thunderbirds likes how the season has gone so far. 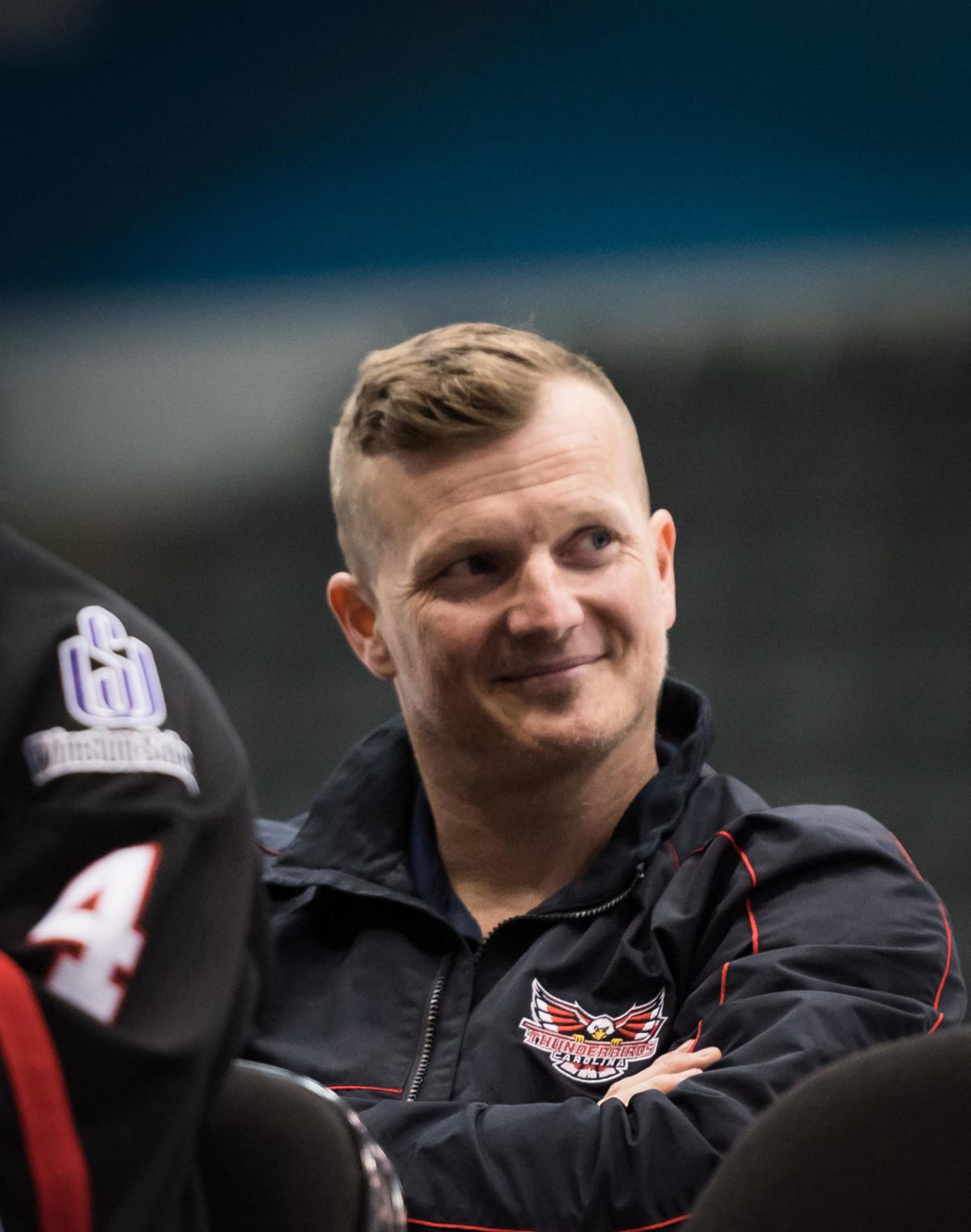 Michael Bunn, left, of the Carolina Thunderbirds likes how the season has gone so far.

Fresh from a 90-minute practice on the ice at the Winston-Salem Fairgrounds Annex this week, the Carolina Thunderbirds had more work to do.

Coach Andre Niec doesn’t mess around on practice days because he knows that can lead to bad habits. His players continued to work on conditioning by either running around the concourse or hitting the recumbent bicycles. It’s a way of life for the Thunderbirds, who have a commanding lead in the Federal Prospects Hockey League and are the defending champions.

“I wish I could give our guys two or three days off to rest, but it’s just impossible,” Niec said. “In practice we get in a good skate and then they ride the bikes or run or do other things to stay in shape and be ready. So there’s no time even though we do have breaks between games each weekend.”

The Thunderbirds will be back at home this weekend with games Friday and Saturday at the Annex against the Delaware Thunder. The Thunderbirds are 21-3, and the Thunder is in last place in the Eastern Division at 8-17.

Niec said despite the season of success his team is banged up and some are fighting illnesses. Michael Bunn has an upper-body injury and will likely not play this weekend.

“It’s always tough because teams mark our games on their calendar,” Bunn said. “Those are games they want to take extra seriously. And our goal every night is to be prepared, and it doesn’t matter who we are playing.”

The Thunderbirds are on the same pace in terms of wins as last season.

“It’s a different team, and we have more depth,” Bunn said. “We’ve got a better locker room and better chemistry, and we have a lot more skill than last year. Maybe we’ve sacrificed some of our size for more speed, but we are making it work.”

The schedule sets up well for the Thunderbirds with homestands this weekend and next weekend, which will feature three games against the Mentor Ice Breakers.

Niec and Jimmy Milliken, the president and general manager, will continue to tinker with their roster. They acquired goalie Jake Mullen from last-place Battle Creek after Henry Dill was called up to Roanoke in the Southern Professional Hockey League. Mullen had a shutout in a 3-0 win over Mentor at the Annex on Saturday.

“The most important thing is to have everybody healthy, and we have to play good defense,” Niec said. “We’ve had some breakdowns in some games that I wasn’t very happy about. We’ll see how it goes, and guys have to be prepared to work their butts off.”

Niec says part of their success is about being professional and working hard during the week leading up to the games.

“I’m still not done looking for new players,” Niec said. “I know there are a lot of guys who want to play here. So with the guys we have, if they show me they don’t want to be here, we’ll look elsewhere and maybe bring some others in.”

What: Delaware Thunder at Carolina Thunderbirds.