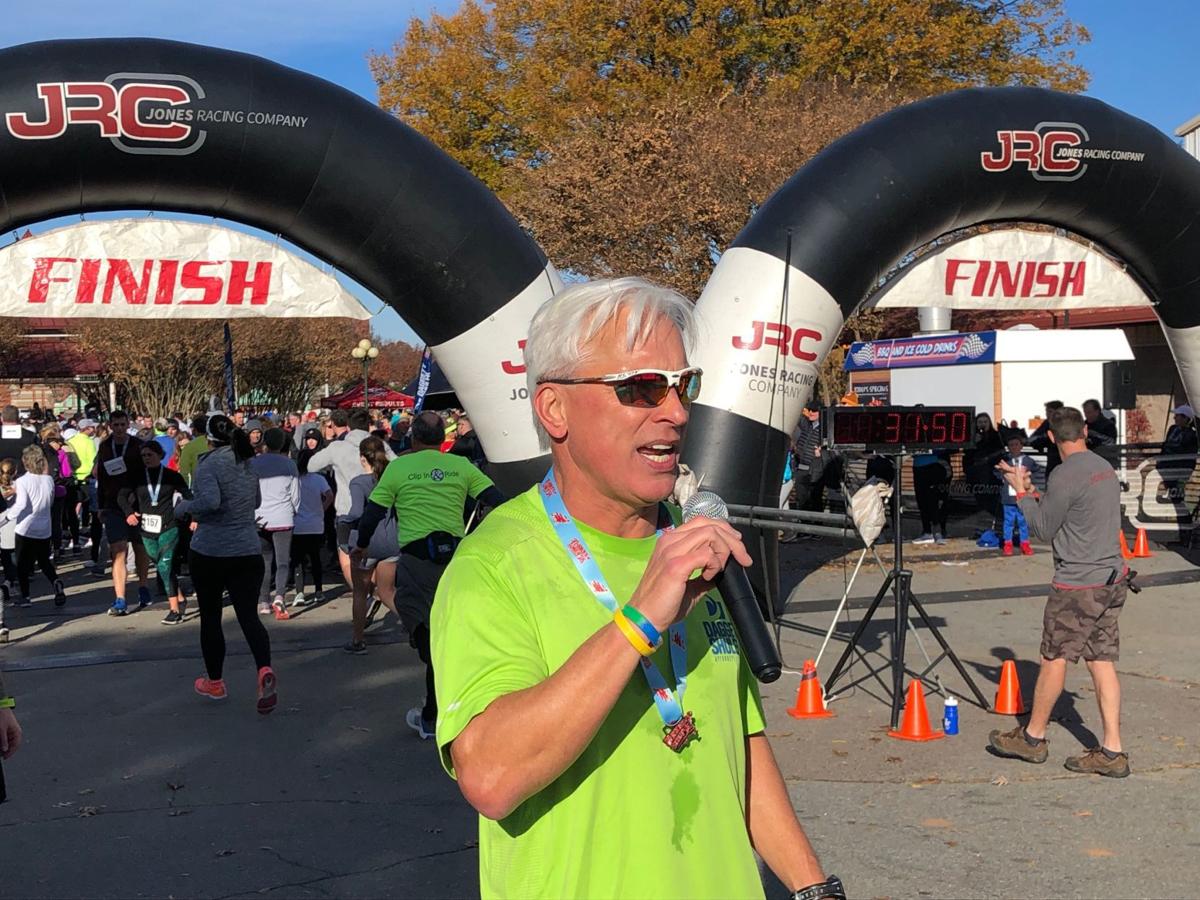 David Daggett welcomed home the runners at the finish line on Thursday morning. 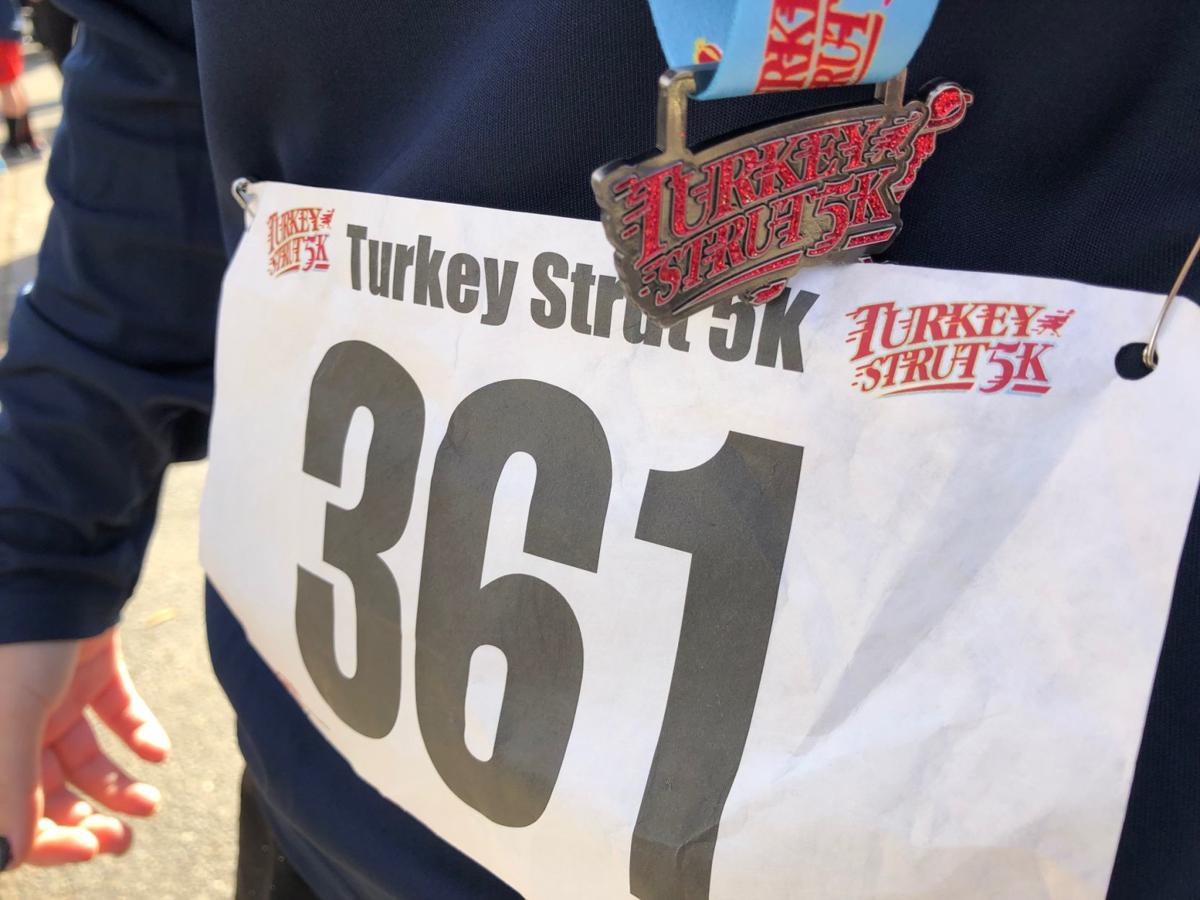 More than 2,000 runners and walkers took part in the Turkey Strut 5K on Thursday morning. 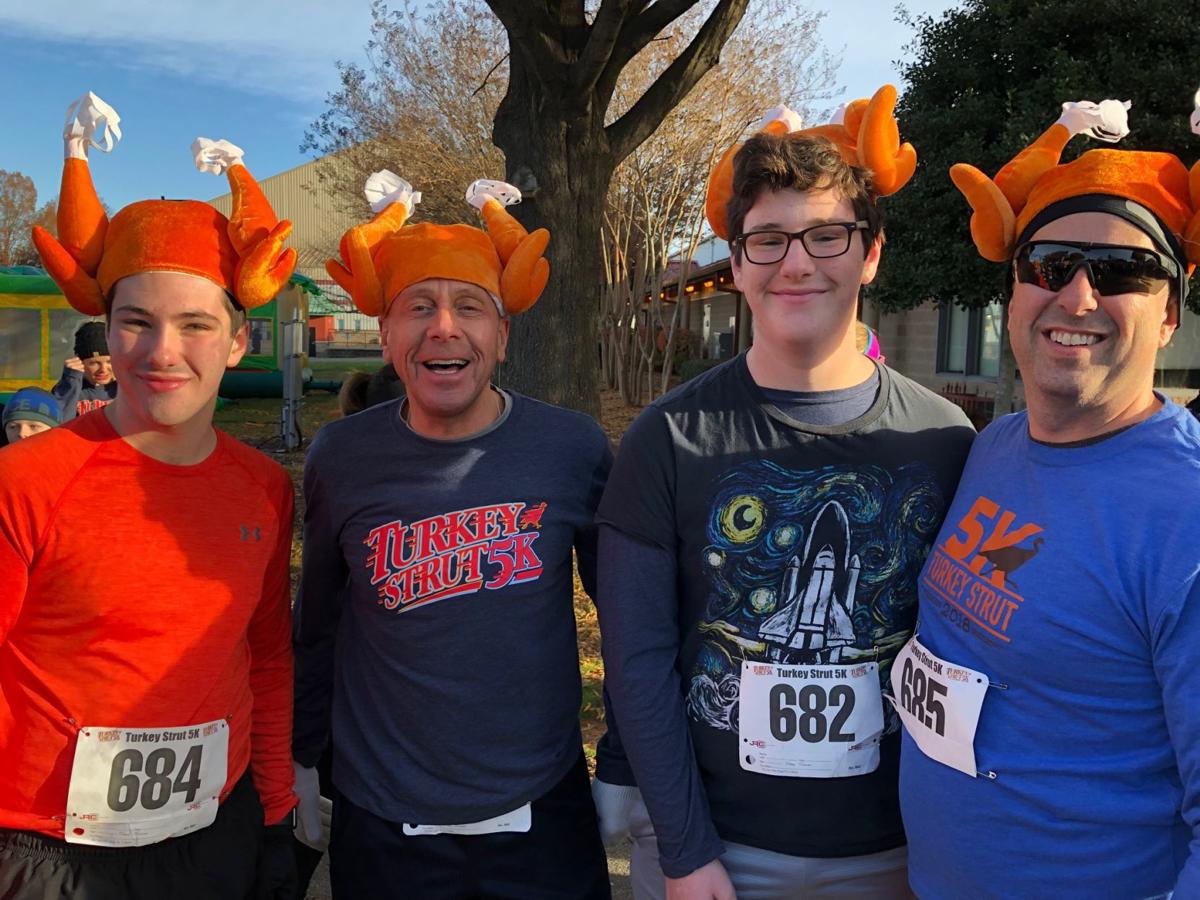 Four runners gear up at the start line for Thursday’s 5K. 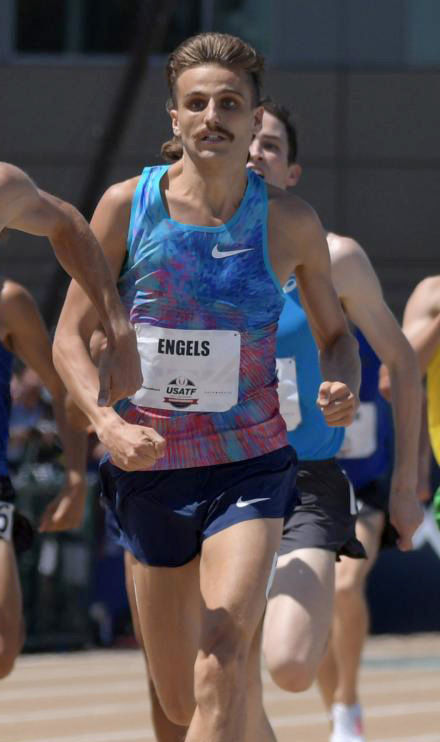 David Daggett welcomed home the runners at the finish line on Thursday morning.

More than 2,000 runners and walkers took part in the Turkey Strut 5K on Thursday morning.

Four runners gear up at the start line for Thursday’s 5K.

Craig Engels, one of the fastest professional U.S. track athletes, has run races all over the world but found himself in the Turkey Strut 5K in his hometown on Thanksgiving morning.

“I always wanted to run a turkey strut and since I’m home visiting family and friends I decided to do it,” said Engels, a former Reagan High School star who lives and trains in Oregon. “My coach wanted me to work on tempo on Friday but he also said I could do it today so it worked out. I actually had to do another mile after the race but that was OK.”

Engels ran the 5K in 15:05, and said it was fun to run again in Winston-Salem. More than 2,000 runners competed in the Turkey Strut 5K that was held in and around the Winston-Salem Fairgrounds.

“One of my friends’ mom is fighting breast cancer and she used to run and she was walking in this race so she was cheering me on and I got to see her out there,” said the 25-year-old Engels. “And I signed up one of my friends and his girlfriend for the race, but we didn’t tell her until this morning where we were going so that was cool.”

Engels is without his trademark mullet and mustache these days because its off-season, but he plans to be in form by June for the U.S. Olympic Trials in Eugene, Oregon. He’s one of the top 1,500 meter runners in the world and last July won the 1,500 in 3:44.93 beating out Matthew Centrowitz, the 2016 Olympic gold medalist, by 0.04 seconds.

He is scheduled to be in a few races leading up to June’s Olympic Trials. He said its possible he might also try and qualify for the Olympics in the 800 meters.

For now he’ll spend a couple of days visiting family and friends in Winston-Salem before heading back to Oregon.

The traditional Turkey Strut 5K in Winston-Salem has grown in popularity over the years. Runners also brought canned goods that helped the “We Care House of Winston-Salem.” The house is an outreach of St. Peter’s Church and provides food for the needy to the community.

David Daggett, an avid runner and triathlete, was the master of ceremonies after he competed in the 5K. He welcomed most of the runners to the finish line.

“This is one of the many events that highlight the community and to see so many families out here on Thanksgiving is great to see,” Daggett said. “And in a couple of weeks the Mistletoe Run (half marathon and 5K) will have more than 3,000 runners so these two events are big.”

“This is a great community race and I like that entire families come out and run this,” Inman said. “The family aspect is what really makes this race special and this is the first time our entire family ran a 5K together so we loved it.”

For results of the race go to http://jonesracingcompany.com/2019-results/