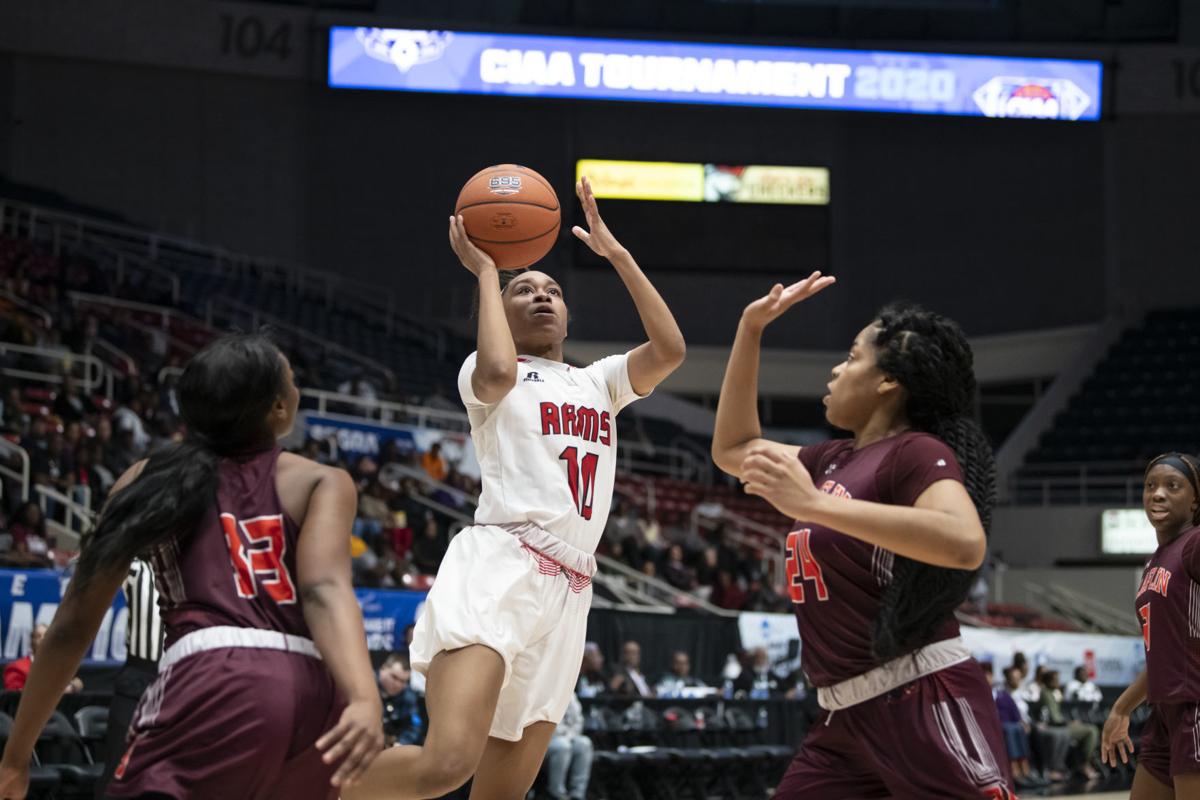 Melody Prichard of Winston-Salem State drives to the basket for two of her team-high 22 points against Claflin. 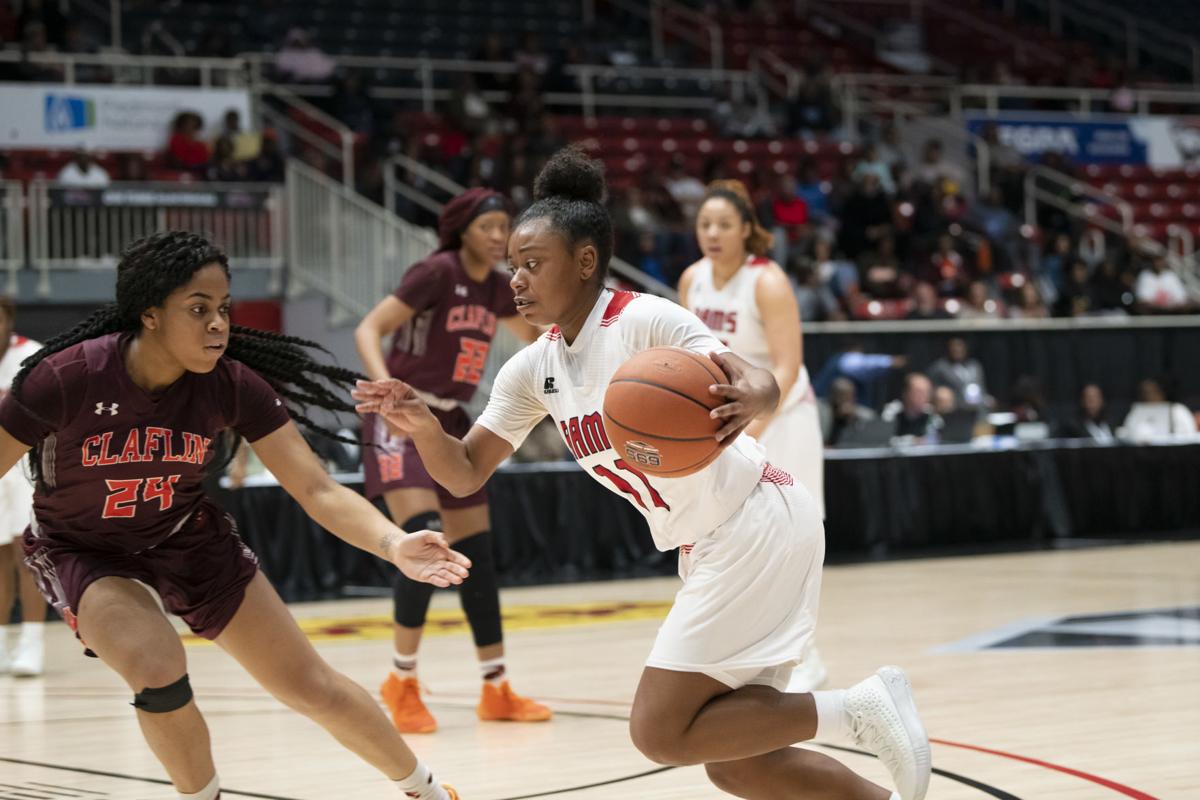 Melody Prichard of Winston-Salem State drives to the basket for two of her team-high 22 points against Claflin.

CHARLOTTE – Winston-Salem State’s women had plenty to play for with the game in the balance toward the end of the third quarter on Tuesday afternoon against Claflin in the first round of the CIAA Tournament at Bojangles Coliseum.

The Rams finally started to get the ball on the inside and this was crucial as they held off the Panthers 60-51 to keep their season alive.

The victory moved the Rams into the quarterfinals where they will play second-seeded Lincoln (Pa.) on Thursday at 1 p.m. at the Spectrum Center.

“Our plan was to get the ball inside and that’s what we tried to do,” said guard Melody Prichard of the Rams, who scored 22 points on the outside with most of her damage coming at the foul line. “We felt like if we could get the ball down there we would be successful.”

The danger for Coach L’Tona Lamonte’s Rams was to look past the Panthers, who came into the game as the seventh seed and overall record of 1-25. The Panthers continued to gain confidence as the game wore on, but couldn’t sustain anything with just eight players dressed for the game because of a rash of injuries.

Early in the fourth quarter thanks to center O’Shea Hatley, who scored 12 points and had nine rebounds, the Rams took an eight-point lead.

“I just had to keep going,” Hatley said about not seeing the ball as much as she would have liked in the low block. “I just knew eventually it would work out.”

In the first half nothing was working out for the Rams as the scrappy Panthers, who were missing point guard Dionna Long with a knee injury. Long, who is a sophomore from Thomasville, suffered the injury late in the season and Coach Revonda Whitley said it’s likely an ACL tear.

“We missed Dionna and what she brings to our team,” Whitley said. “She’ll get her knee checked out again but we are hoping for the best. Despite all that we went through this year I was proud how we battled in this game and left it out there.”

In the first half the Panthers hung around and trailed just 23-22 at the break.

Hatley admitted she was nervous despite facing a team that was on a six-game losing streak.

“I always have stressed to the girls that the first game in the tournament is always the toughest,” Lamonte said. “This team we played is a tough team regardless of what their record says. We had some dealings with them twice before and it’s taken until the fourth quarter to put them away and it was like that again.”

The Panthers managed to cut it to 54-50 with 40 seconds to go but Pritchard stepped up and hit four straight free throws to secure the victory.

“I’m pretty excited about the effort my team showed in being able to close out the game,” Lamonte said. “We had some good things happen with free throws and Melody going 10 for 10 and us shooting 88 percent from the line was big.”

The Panthers were led by Dashia Jackson with 18 points and Shakarri Mack added 12 points but they shot just 30 percent from the field.

The Rams will look ahead to a very good Lincoln (Pa.) team that is 23-5. The Rams lost to the Lions twice during the regular-season but had a 20-point lead on them at the Gaines Center but couldn’t close the game out. They also lost in overtime the Lions on the road.

One advantage the Rams have is they have played in the tournament, while Thursday will be the Lions’ opening game after getting a bye.

“It’s an advantage because we have our jitters out and hopefully they will have some jitters,” Prichard said. “I don’t think they are prepared to play us because we had them at our place but couldn’t pull it out. We’ll need to be ready on Thursday to play them.”

With 2:52 to go the Panthers cut the lead to 48-46 but senior Jahila Williams made a nice move on the inside of the Panthers’ zone for a layup that pushed the lead back up to four with 1:44 to go.

Lamonte said the early loss last year in the first round to Elizabeth City State wasn’t something she wanted to go through again.

“That loss hung over me,” she said. “I remember losing in the first round because we expected them to just lay down. But there is nobody in this conference who is going to lay down for anybody. This is a tough bracket we are in so this tournament belongs to anybody.”

Commissioner Jacqie McWilliams of the CIAA talks about this week's tournaments