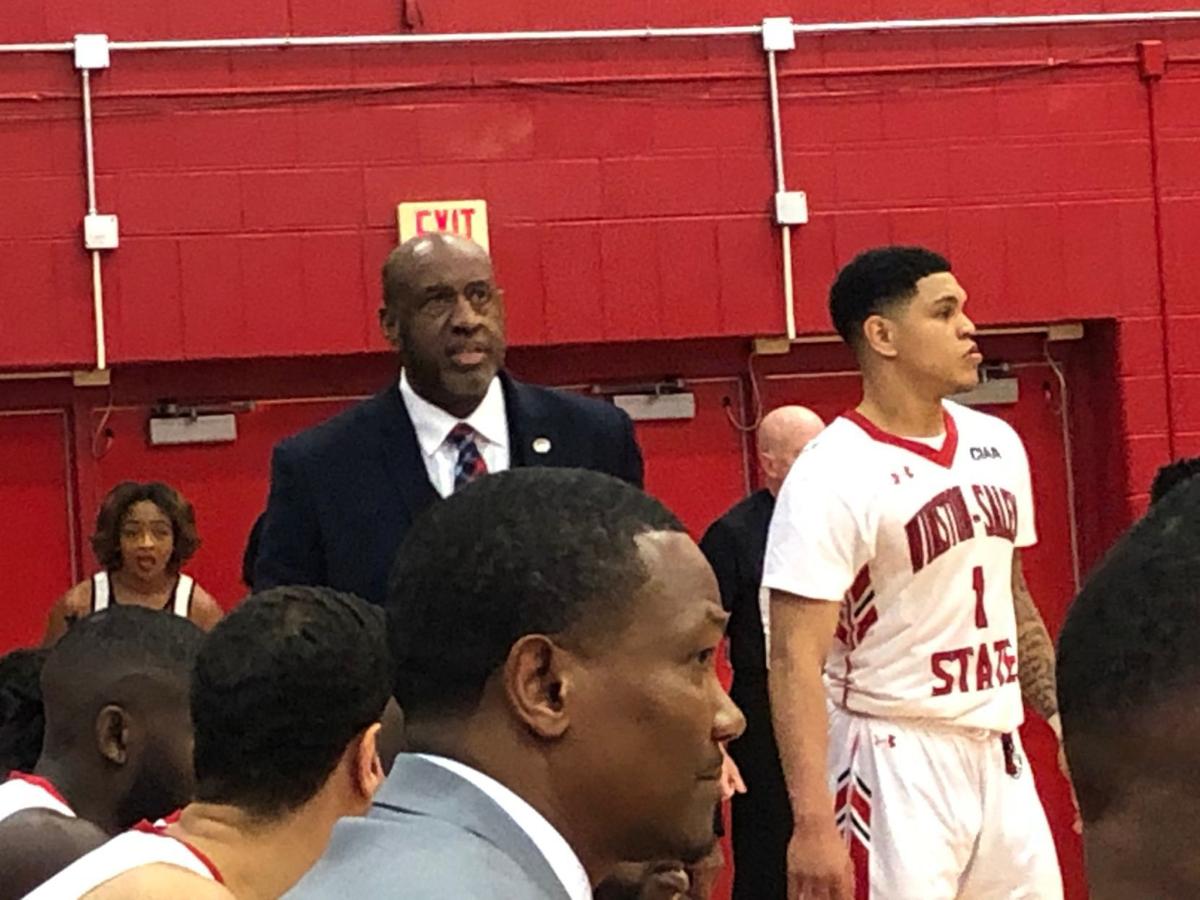 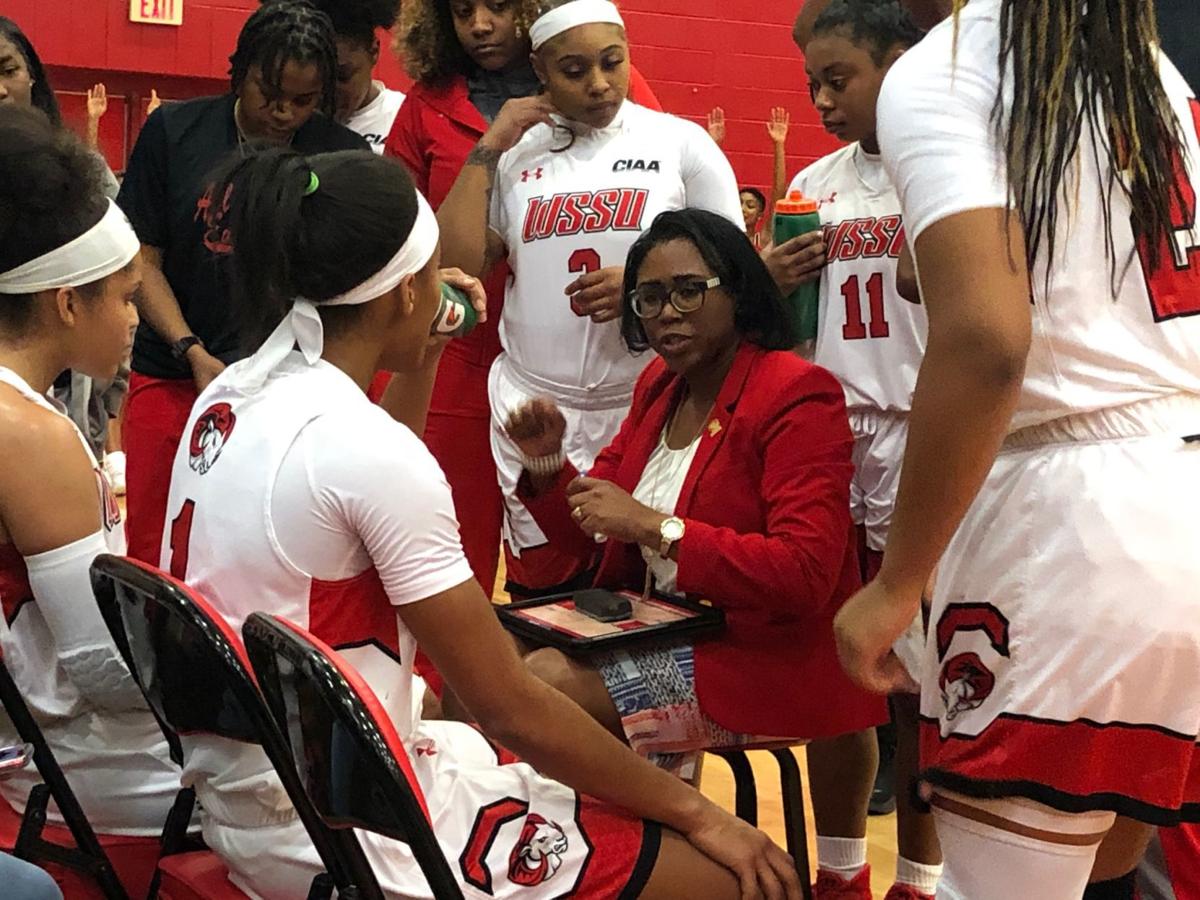 Coach L’Tona Lamonte won her 50th career game at Winston-Salem State with a win over Virginia State on Thursday night at the Gaines Center.

Coach L’Tona Lamonte won her 50th career game at Winston-Salem State with a win over Virginia State on Thursday night at the Gaines Center.

There wasn’t a lot of explanation from Coach Cleo Hill Jr. of Winston-Salem State as to what happened down the stretch in an 85-80 loss to Virginia State in front of a packed house of around 3,000 at the Gaines Center.

Execution was the buzzword. In reality it was more about the lack of execution in a five-minute stretch with about seven minutes to go where the Rams were stuck in neutral. It was a disappointing end because for major portions of the game the Rams looked as if they were in control.

“Our crowd came out to support us like they always do,” Hill said about the first day of classes for the second semester with the students back on campus. “We just didn’t execute there at either end. We had a game plan for their post players but they got some inside baskets and we didn’t have the ball reversal there during that stretch on offense.”

Five players scored in double figures for the Trojans and Coach Lonnie Blow. Andrew Corum had 17 points to lead the way and Francis Fitzgerald added 14. Antwan Miles and Armond Griebe each had 13 and William Vedder chipped in with 11.

Blow was pleased with his defense during the deciding stretch where the Rams missed seven shots between field goals.

“They struggled a bit during that time and we did put them on the line but that was really all they could get so that was key,” Blow said. “All night long we gave up too many drives, but there was a period there where we buckled down and was able to get in front and stay.”

Mason Harrell scored on a short jumper with 7:22 to go as the Rams tied the game for the last time at 69. They did get three free throws over the next five minutes but that was it. By the time Rob Colon (23 points) scored on a layup with 1:55 left the Rams trailed 78-74.

Both teams shot 50 percent but the Trojans did a better job of getting to the free-throw line. They were 21 of 34 from the line as Harrell, Jaylen Alston and Dontae Caldwell were in foul trouble most of the night.

Jon Hicklin scored 16 points for the Rams and Alston and Justice Kithcart each added nine points.

“Like coach said it was about execution and doing what we we’ve been taught,” Hicklin said. “It’s about being smart and being physical. But we were physical and the fouls happened, so we have to get it going and sustain that energy for more minutes.”

The Rams (5-7) have been undersized against a lot of opponents and Thursday night was no different. At times the Rams had four guards on the floor and either Harrell, Melvin Huntley Jr. or Shamon Jackson in the post. The Trojans outrebounded the Rams 39-27.

“We like that look and feel like we had some good moments and executed pretty well in the first half and parts of the second half,” Hill said. “We just have to learn how to finish.”

It will not get easier for the Rams as they jump back into conference play on Saturday against Virginia Union at the Gaines Center. Terrell Leach, the leading scorer in the CIAA at 22 points a game, will return to his former school. He's a former player at WSSU.

"We played them to a close game there in Richmond earlier this season," Hill said. "We'll have to be ready because this is like an NBA schedule with another game Saturday and another one on Monday night."

In the women’s designated nonconference game WSSU turned up its defensive pressure and it paid off in a 68-57 win over Virginia State.

Leading the way for the Rams (7-8) was Brandi Segars with 21 points eight rebounds and one blocked shot in 38 minutes. Melody Prichard and Hailey Gipson had nine points each and Kyree Hall added eight points and eight rebounds.

“We wanted to pressure them all over the court,” Segars said about the Rams, who broke a two-game losing streak. “And then we wanted to make sure to score when we had the chance.”

Coach L’Tona Lamonte of the Rams, who picked up her 50th career win, was disappointed in the shooting percentage from the foul line. The Rams were just 15 of 23 (65 percent) from the line.

“Our press was effective early, but we just needed it to be better there toward the end,” Lamonte said. “We’re happy with the win but we just need to sustain it for the entire game. Now, we have to look ahead to play a good Virginia Union team on Saturday.”