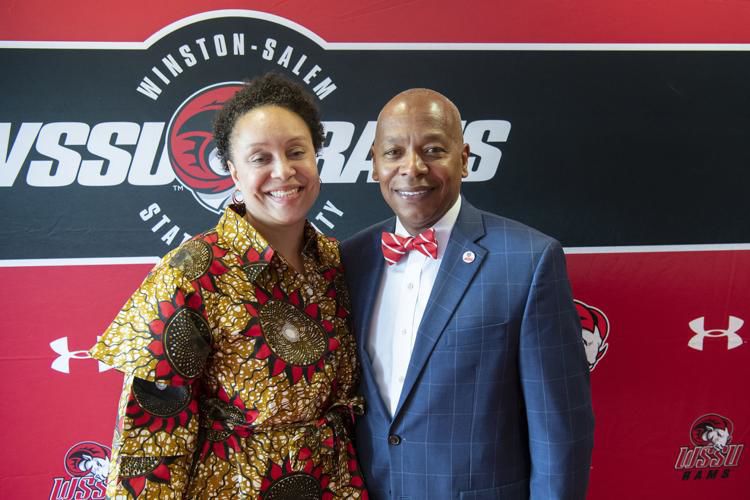 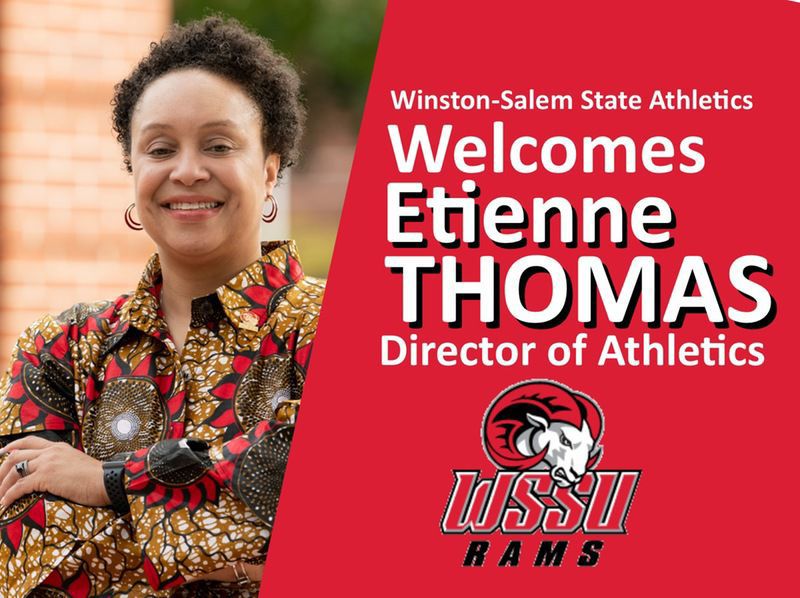 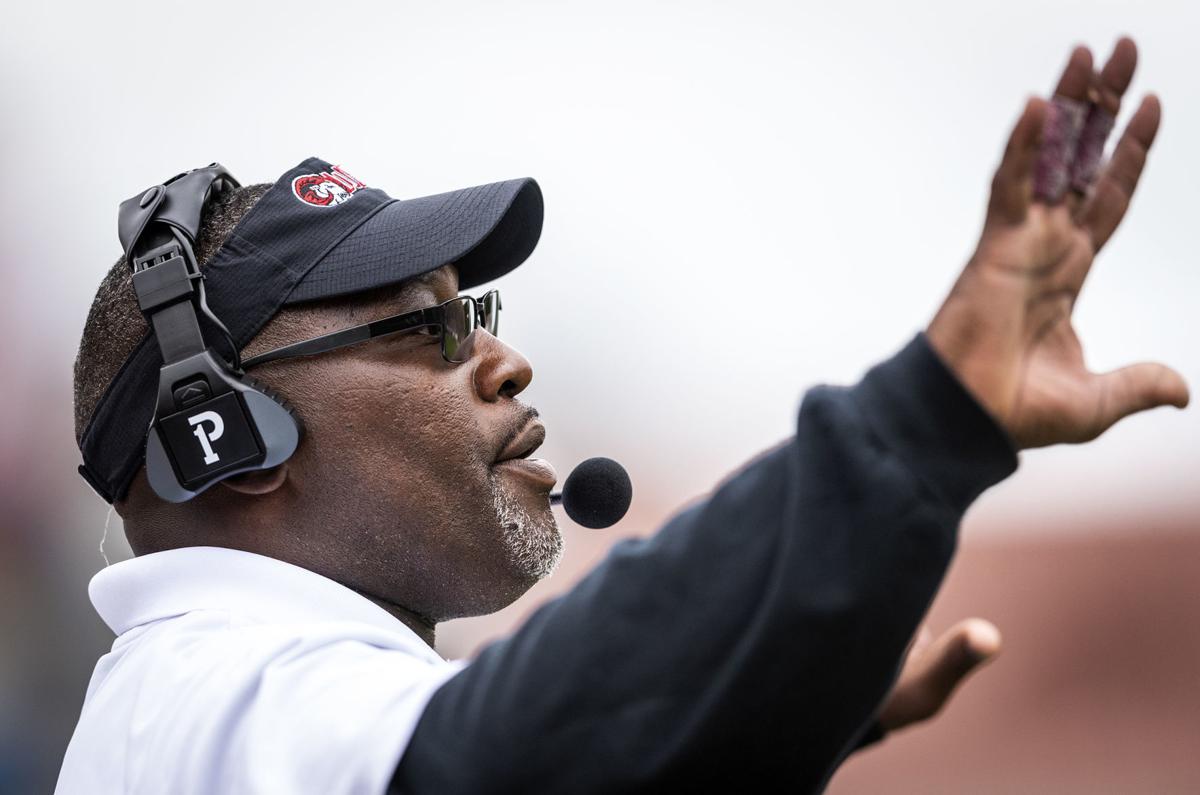 It didn’t take long for Eteinne Thomas, the next athletics director at Winston-Salem State, to sit down with interim football coach Robert Massey.

Thomas, whose five-year contract that she signed that pays her $165,000 a year started on New Year’s Day, said she had a productive meeting with Massey that was all positive. Massey was the interim head coach last season but the Rams struggled to a 4-6 record, the first time they have been under .500 for a season since 2009 when they went 1-10 against a Division I schedule.

“The meeting was good,” Thomas said on Monday afternoon at her office at the fieldhouse at Bowman Gray Stadium. “He’s here, and we had that meeting and I told him don’t listen to anybody else. You are here and if you don’t hear from myself or the chancellor (Elwood Robinson) then it’s not the truth. And I told him if you have any questions let me know.”

She said one of her first priorities was to meet with Massey.

“Coach Massey and the staff were working on some film and he and his staff are plugged into the recruiting,” Thomas said. “So it was a good meeting.”

Massey, who was travelling on Monday afternoon and could not be reached for comment, said after the final game of the season in November he would continue to run the program as best as he could. Massey has five full-time assistant coaches and many of them have been out recruiting as well as planning for spring practice.

Thomas said she expects the coaching staff to be intact for spring practice.

Thomas said she realizes that this is an important time for recruiting and selling the university is part of it.

“The other thing that’s important is it’s about the university,” she said when asked about recruiting. “We all went to school and you selected your university for whatever reason. So as our coaching staff is working with recruits we have to talk about Winston-Salem State and being a student and then an athlete. We need to talk about Winston-Salem State University because you spend more time working on your degree, so we have to make sure those recruits know that.”

This weekend the Rams have a full recruiting schedule with nearly 20 high school players coming in. As part of the weekend the recruits will watch the basketball women’s-men’s doubleheader against Virginia Union on Saturday afternoon at the Gaines Center.

Thomas said she made sure to let Massey know she is supporting him. She also said that the interim tag that Massey has shouldn’t be a determent in recruiting because of the rich tradition of WSSU.

“Coach Massey knows he has my support,” Thomas said. “I expect him to do what is best for our current student-athletes and to continue to recruit and to manage and guide his staff.”

Thomas said she expects a lot from a head coach in terms of running the program. She said it’s not her style to micromanage a head coach.

“I have seen and talked with him about what I expect. I’m looking for a CEO because if we’re not doing the right things and I have to run the football program than we don’t have the right person for the job,” Thomas said. “We had a good conversation, and I’m happy with what he’s doing with the program right now. I’m happy with the students coming back this week (with classes starting on Thursday).”

“His staff is the same,” Thomas said.

Thomas said the next step after recruiting is planning for spring football practice, which is usually in early March after the CIAA basketball tournament is over.

Thomas said she doesn’t know a lot about how last season went with the 4-6 record, but her plan is to give Massey the resources he needs to be successful. The Rams have missed out on the CIAA championship game the last three seasons, and during those three seasons have combined to go 18-14 overall.

“We have to see what we need on the recruiting side of things,” Thomas said. “It comes down to your scholarships. And it comes down to what can we do to retain our current student athletes? Those are the same things that we will need to attract the athletes we are trying to bring in.”

Thomas said there has to be a balance to recruiting in football between high-school graduates and transfers.

Thomas said part of her vision, not only with football, but with the entire program is to see what can be done better but she’s also not going to rush to judgment. She said fund-raising and improving facilities such as the Gaines Center and Bowman Gray Stadium are important.

“People that know me know I’m very transparent and sometimes overly so and I’m working on that,” she said. “But I shoot people straight and you are going to hear from me directly. And that was my commitment to coach (Massey) because I don’t blind-side people and I don’t expect to be blind-sided.”

"“We have to see what we need on the recruiting side of things,” Thomas said. “It comes down to your scholarships. "

Oh but noooo, AD Eteinne Thomas, you earlier stated you weren't worried about recruitment due to the "rich tradition" of WSSU, so don't go forward and claim "it comes down to scholarships," because remember . . . . . that "rich tradition" you make mention of.