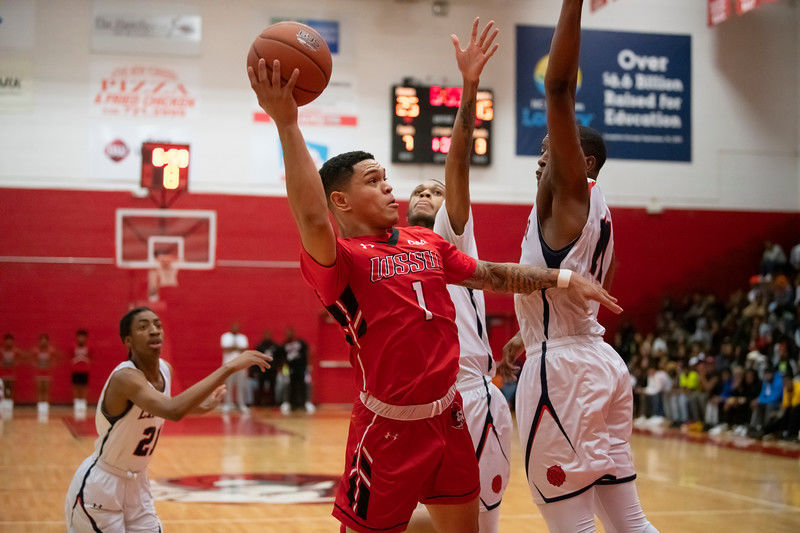 Robert Colon of Winston-Salem State scored 18 points in the first half against Lincoln (Pa.). 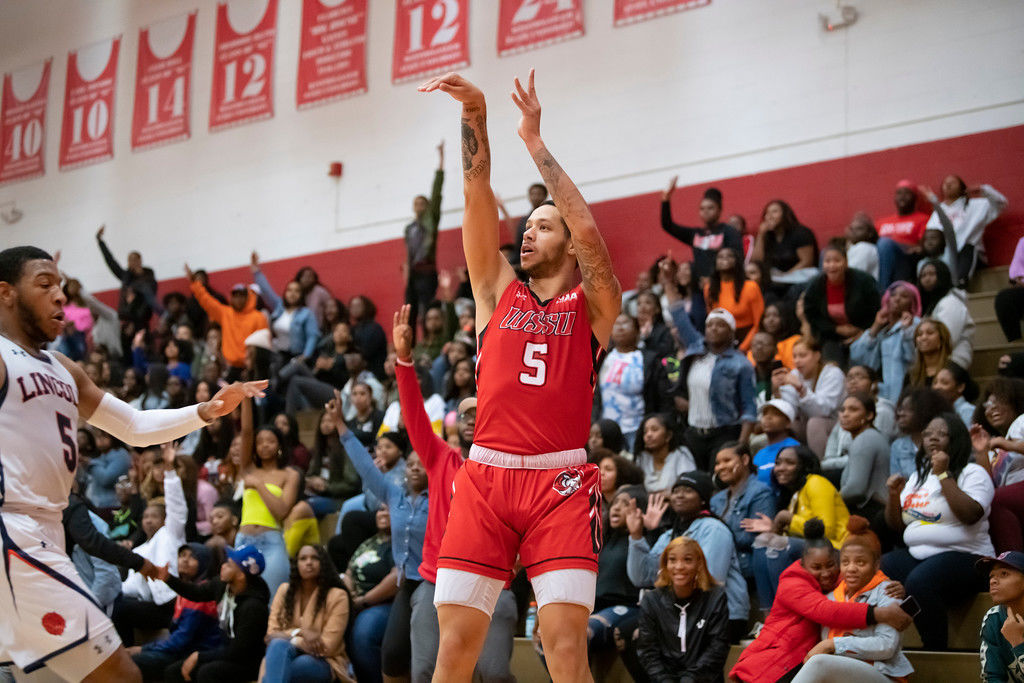 Dontae Caldwell shoots from the corner for Winston-Salem State on Monday night.

Winston-Salem State is starting to show consistency, and that has made Coach Cleo Hill Jr. smile a little more.

The Rams rolled to another CIAA victory on Monday night in an 84-70 thrashing of Lincoln (Pa.) in front of around 2,000 at the Gaines Center. It was the final home game in front of the students until January, and the Rams didn’t disappoint.

The Rams led 50-24 at halftime and held the Lions to 19% shooting in the first half.

“I was really encouraged with our defense in the first half,” Hill said, "but in the second half we regressed a little, and that intensity wasn’t there like it was earlier.”

The Rams (4-2, 2-0 CIAA) shot 56% from the field and were led by four players in double figures. Rob Colon came off the bench to score 22 points, with 18 of those coming in the first half. Jaylen Alston added 15 points, three rebounds and three assists, and Jon Hicklin and Mason Harrell each had 10 points.

Two days after shooting a sizzling 66 percent in a win over Bowie State it’s not easy to have another good shooting night. But the Rams kept up their hot shooting and led by as many as 28 points in the second half.

Colon has taken to his role coming off the bench, and it showed in the first half. He helped ignite a 21-6 run midway through the first half as he scored 18 points in a span of 10 minutes to break the game open.

“Rob’s been great off and on the court, and he really had it going for us tonight,” Hill said. “He’s been aggressive, and he’s his old self on offense. That spurt he had really opened the game up for us.”

“We are looking to slowing it down and running our stuff in the halfcourt, and we’ve been getting better at it,” said Harrell, who had six rebounds and two blocked shots. “As long as we get used to running our stuff it doesn’t matter who has the ball because we can all get to the basket.”

Getting to the basket a lot have been Alston and Hicklin, who don’t mind going full force to the inside against either a zone or man-to-man defense. Alston had three different drives that ended in a layup where he was fouled and Hicklin had two more.

“I’m trying to do anything that I can to help us win the game,” Alston said about his role as a wing guard that shows off his versatility. “We have to create that consistency all season and that’s the goal.”

The Rams had 14 assists in the game, a testament to how well they moved the ball around the Lions’ defense. Dantae Caldwell had nine points and four assists and Xavier Fennell had three assists and seven rebounds.

After building their 28-point lead early in the second half WSSU never allowed its lead to go below 17 points.

“That’s great that we are 2-0 (in conference play), and it starts with the defense, and I think we are the best defensive team in the CIAA right now,” Harrell said. “If we can continue to do that, we’ll be even better and can win a lot of games.”

The Lions wound up shooting 34% for the game with Zahrion Blue leading the way with 16 points.

“We have to take the show on the road, and that’s difficult so that’s our next challenge,” Hill said. “In college athletics, it’s easy to get the big head and when we have an intense crowd like we do we can’t hold back when we get on the road. We love that crowd but we can’t let them get over confident and that’s what us as coaches have to guard against.”

The Rams (3-5, 0-2 CIAA) were outscored 25-6 in the third quarter as the Lions (7-1, 2-0) started their comeback. Kwanza Murray led the Lions with 23 points and Kenzie Spencer added 19 points with DeAshia Young scoring 16 points and had six assists.

Brandi Segars led the Rams with 25 points and eight rebounds and Taylor Daniels had 14 points as the Rams shot just 29 percent for the game. They shot 44 percent in the first half but struggled in the second half shooting just 13 percent (4 of 31).

Both of WSSU’s teams hit the road and will play at Claflin on Monday starting at 5:30 p.m.