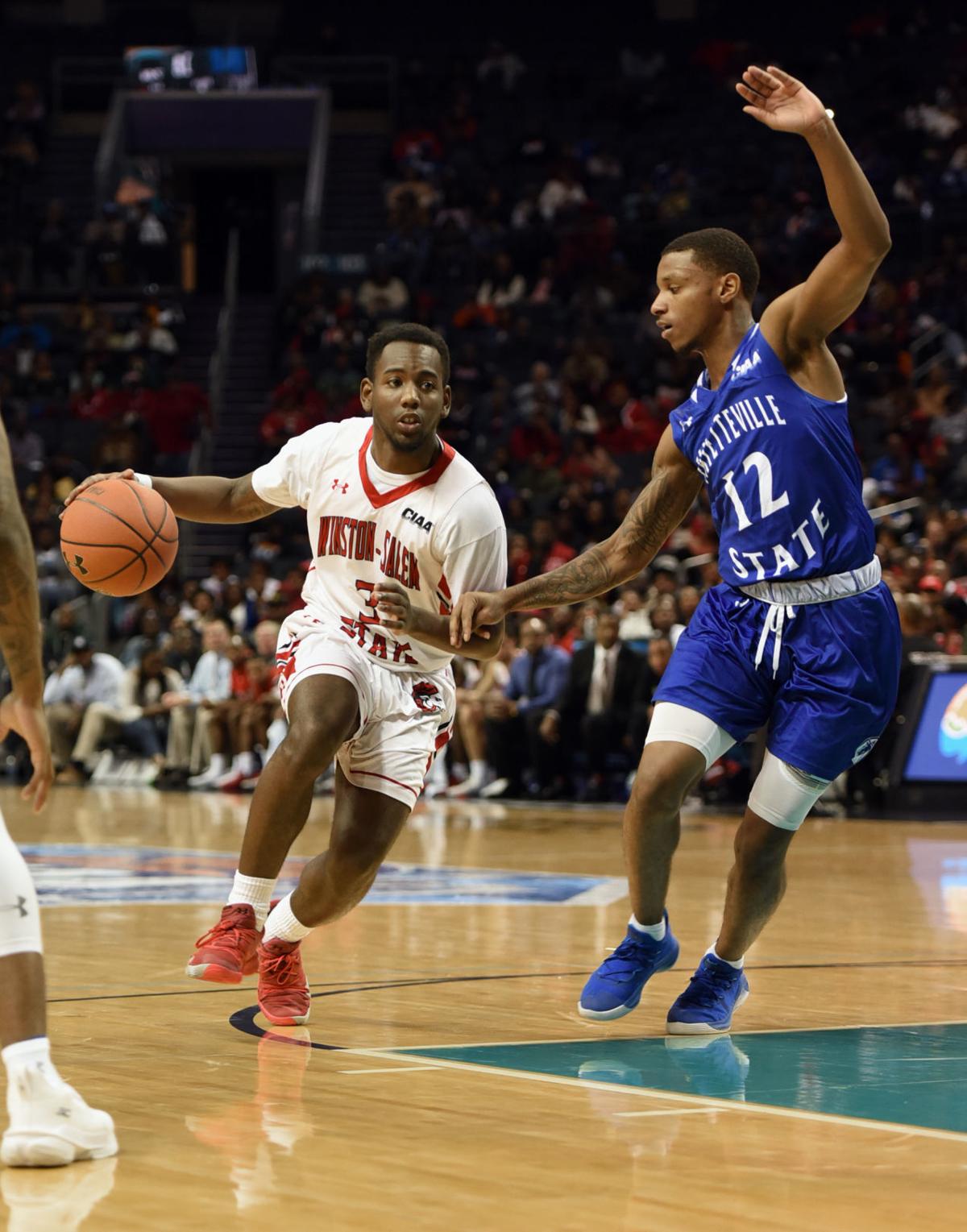 Winston-Salem State’s Julius Barnes says there will be an adjustment going from the popular CIAA Tournament to the NCAA Tournament. 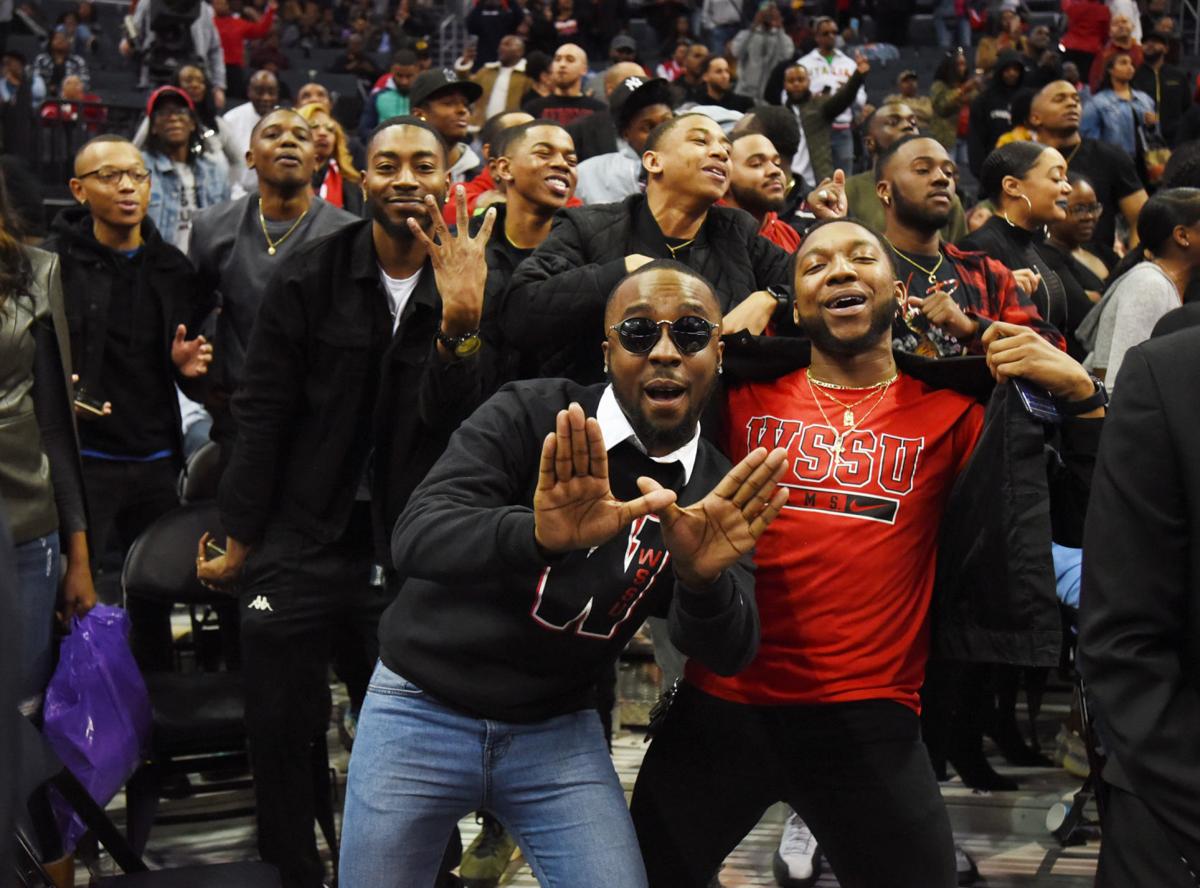 WSSU fans and alumni were well-represented at the CIAA Tournament in Charlotte at the end of February.

Winston-Salem State’s Julius Barnes says there will be an adjustment going from the popular CIAA Tournament to the NCAA Tournament.

WSSU fans and alumni were well-represented at the CIAA Tournament in Charlotte at the end of February.

It’s quite a letdown going from the CIAA Tournament to the NCAA Division II Tournament, but that’s the reality for Winston-Salem State.

A few days ago the Rams were playing in front of more than 8,000 fans at the Spectrum Center in Charlotte as they rallied from 11 points down in the final four minutes to beat Fayetteville State 63-62. It was an epic finish to an underdog team that thrived off their fan support to win the school’s 12th CIAA title in 75 years.

The hard part comes Friday when the eighth-seeded Rams won’t have a lot of fan support playing top-seeded Indiana (Pa.) in a 6 p.m. first-round Atlantic Region game. There certainly won’t be 8,000 fans at the Kovalchick Convention & Athletic Complex that seats around 5,000.

“It will be different,” Coach Cleo Hill Jr. of the Rams said about the challenge of playing nearly 450 miles away from campus.

The Rams (19-10) have won four in a row and 13 of their last 15 games, but will be well rested heading into Friday’s game. They haven’t played since beating Fayetteville State on Feb. 29.

Senior Julius Barnes of the Rams said they will be ready for the high-scoring Crimson Hawks, who average 84 points per game and are 28-2.

“There’ll definitely be an adjustment because we won’t have the fan support like we had in the CIAA,” Barnes said. “We know Winston is behind us, but the fans are supporting us from a distance.”

There will likely be WSSU fans who do make the long trip and likely some alumni from that area. Indiana (Pa.) is located about 60 miles east of Pittsburgh.

By comparison, Indiana (Pa.) won the PSAC conference title beating Shippensburg 77-59 on Saturday in Shippensburg, Pa. in front of 654 fans.

Another senior, Dontae Caldwell, said the Rams have done a good job on the road this season when fans couldn’t make the long road trips.

This is new territory for most of the Rams. However, junior Justice Kithcart played in the NCAA Division I Tournament last season for Old Dominion in a first-round game. He says the Rams have enough experience and a coach who has been in several NCAA Tournament games that gives them an edge.

“Most definitely this week will give us some time to get ready for the NCAA’s,” Kithcart said.

Hill, who took the 2012 Shaw Bears to the Atlantic Region final, said he was confident about his team this season and isn’t surprised they made such a nice run in the CIAA Tournament winning three close games.

“We felt pretty good from the start of the season,” Hill said. “We had everybody slated for a spot in the summer but didn’t have a rotation yet so we were confident. We thought we had a good chance to do some damage this season and we felt that way early.”

Hill’s Rams are confident, and it showed in the CIAA Tournament.

“I’m proud of the guys with the confidence they showed and this is the outcome of that confidence getting to go to the NCAA’s,” Hill said.

Hill has now taken his third school to the Division II NCAA Tournament having also guided Cheyney University to the tournament in 2004.

“He’s the only one that has experienced the NCAA’s so he can guide us through it,” Harrell said about Hill, who was the CIAA coach of the year.

Caldwell, Barnes, Mason Harrell and Rob Colon are the four seniors who all play a lot of minutes. Colon is the obvious focal point on offense and is the seventh-leading scorer in school history with more than 1,700 points.

“This is it for us seniors and it’s exciting for me as a senior to finish out my career in college in the NCAA Tournament,” said Colon, the MVP of the CIAA Tournament. “Hopefully we’ll have a chance to win a national championship.”

WSSU Results in NCAA since 1999