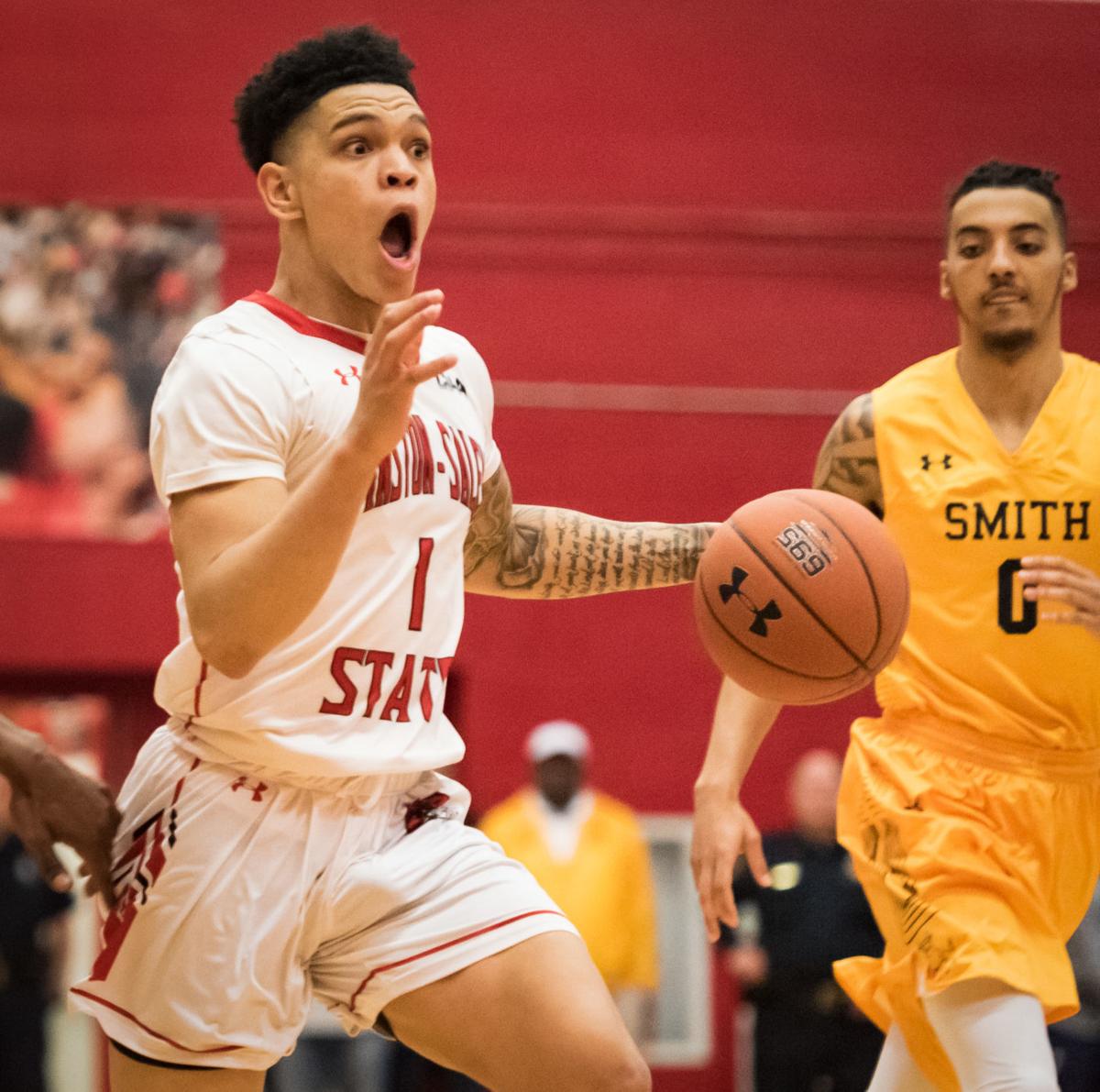 Robert Colon, a three-year starter at WSSU, has scored more than 1,000 points in his career. 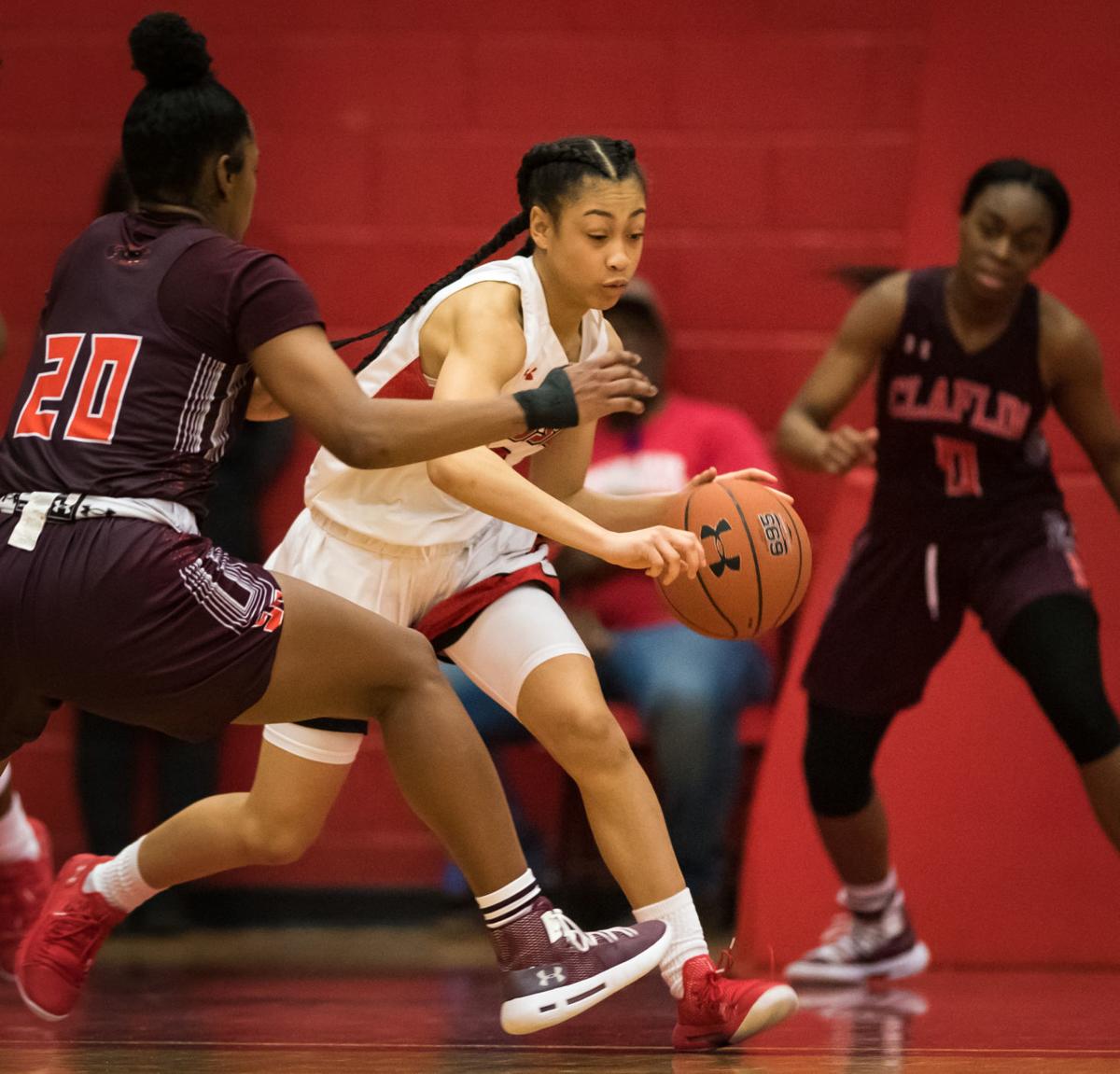 Amaya Tucker, a sophomore at Winston-Salem State, had an outstanding freshmen season. She averaged 16 points per game and shot 45% from the field.

Robert Colon, a three-year starter at WSSU, has scored more than 1,000 points in his career.

Amaya Tucker, a sophomore at Winston-Salem State, had an outstanding freshmen season. She averaged 16 points per game and shot 45% from the field.

Winston-Salem State’s men’s basketball team, coming off a 12-15 record in the 2018-19 season, was picked to finish fourth in the CIAA’s seven-team Southern Division.

The Rams, who have three starters returning, were also picked to finish eighth overall in the preseason coaches’ poll.

The WSSU women, who were 15-13 last season, were picked third in the Southern Division preseason poll and seventh in the overall women’s preseason poll.

Two WSSU players, senior Robert Colon for the men’s team, and sophomore Amaya Tucker, a former star at Reagan, were each selected to the All-CIAA preseason coaches’ team.

Cleo Hill Jr., who is in his second season as the men’s basketball coach at WSSU, has an influx of new talent led by four Division I transfers.

Colon, a senior who has scored more than 1,000 career points, is a three-year starter and will be counted on heavily once again. Among the newcomers is point guard Jon Hicklin, a 6-foot-4 point guard from James Madison, and Jaylen Alston, a wing from Gardner-Webb who is a former star at Eastern Guilford.

“I think we lose a lot of power from last year with Jamel McAlister and (Willie) Crandell, and I think Crandell was a three-time All-CIAA player,” Hill said. “We lost six seniors all together, and it’s key this year for Julius (Barnes) and Rob (Colon) to lead this team vocally. You are only as strong as your senior leadership and Rob is a senior and he has to carry that over.”

“I feel like this is going to be a good year,” he said.

Coach L’Tona Lamonte, who is entering her fourth season as the coach of the WSSU women’s team, will rely on Tucker to be the team’s top scorer after a sensational freshman season. Tucker, a shooting guard, averaged 16 points per game and shot 45% from the field.

Lamonte said being voted seventh in the preseason poll is the highest vote the Rams have received since she arrived.

“I thought we’d be picked about 10th, but I think that shows the respect the other coaches have for Amaya and for the transfers we brought in,” said Lamonte, who has been out while recovering from surgery.

Lamonte is expected to return to the team later this month and said she should be on the bench for WSSU’s Nov. 3 opener, an exhibition against N.C. Central that will be played in Roanoke, Va.

Among the transfers who Lamonte is counting on is Brandi Segars, a 6-foot graduate transfer from University of Loyola of Chicago. Segars, who is working on her master’s degree in business administration, has added to the team’s chemistry.

“Just her experience and what she brings to our team has been great,” Lamonte said. “We really went after some players who can help us in the post, and Brandi will definitely do that.”

For the first time since arriving at WSSU, Lamonte did not sign any incoming freshmen from high school.

“I really changed up our recruiting and went after transfers who could help us right away,” Lamonte said.

In her absence from the team, assistants Dexter Jenkins and Sharee Boyd have been working with the team during conditioning and individual workouts. They also will be running the team once practice begins Oct. 15.

“My doctors say if all goes well, I’ll be back around Oct. 21 or so,” Lamonte said. “I have complete faith in Coach Dex and Coach Boyd, so I know our team has been in good hands.”

Tucker, who was the CIAA freshman of the year last season, says she wore down some at the end of last season but has worked hard to get stronger.

“It’s about progress for us this year,” Tucker said.