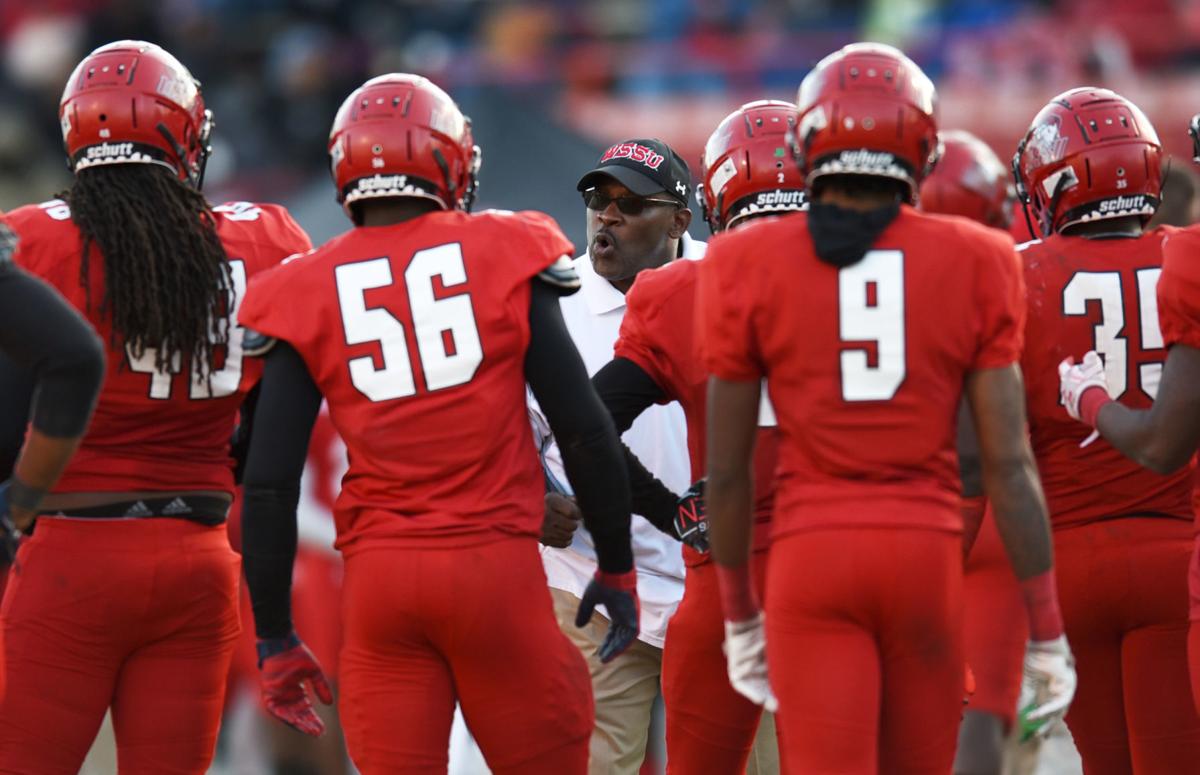 Robert Massey was the interim head coach for Winston-Salem State this past season. The Rams went 4-6, losing their last two games to Shaw and Fayetteville State. 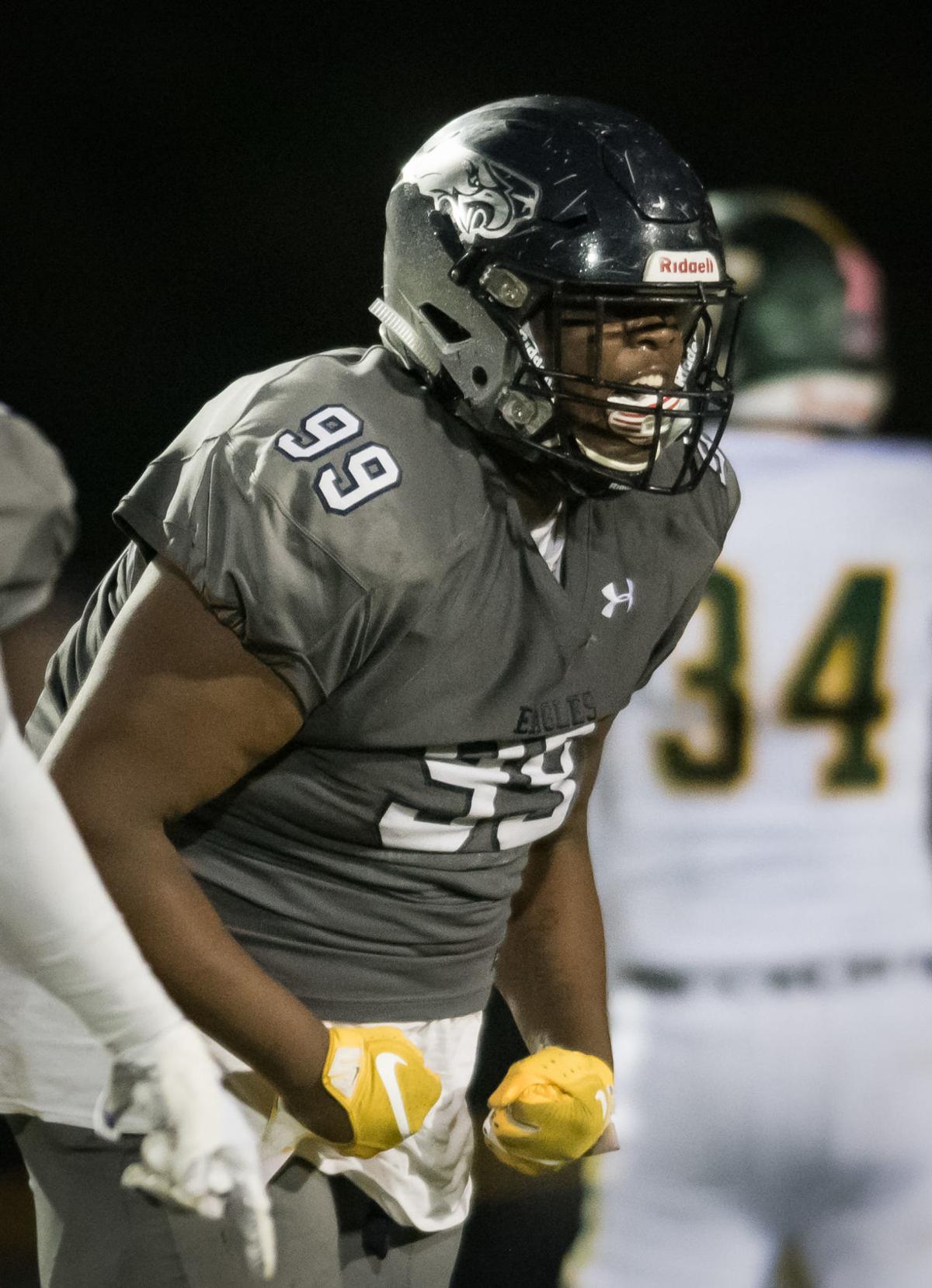 Senior defensive lineman Thomaz Johnson of East Forsyth is interested in attending WSSU despite the uncertainly of the coaching staff for next season.

Robert Massey was the interim head coach for Winston-Salem State this past season. The Rams went 4-6, losing their last two games to Shaw and Fayetteville State.

Senior defensive lineman Thomaz Johnson of East Forsyth is interested in attending WSSU despite the uncertainly of the coaching staff for next season.

Winston-Salem State football right now is using a business-as-usual approach to the offseason, especially when it comes to recruiting.

While Robert Massey is still the interim head coach, he and the five assistant coaches are trying to make the program better. The Rams finished the season with a disappointing 4-6 record, and the speculation of Massey staying or going is still there.

To his credit, Massey said after the season he’s prepared for whatever comes next.

“I’ve been in this business a long time,” Massey said soon after WSSU’s 31-17 loss Nov. 9 against Fayetteville State at Bowman Gray Stadium. “And I will tell you this, in college football — you win homecoming. You have to win homecoming and that’s everywhere and not just here. And that’s something I didn’t do, and that would scare me as an alum, and that would scare me as a hiring official.”

WSSU has hired a permanent athletics director in Etienne Thomas, but she doesn’t start until Jan. 1.

A spokeswoman from Chancellor Elwood Robinson’s office said in an email that Thomas will not be available for comment until she is in place next year.

“All of the coaches have been working hard since the season ended,” Knox said.

When asked about the uncertainly of Massey’s status and his assistant coaches, Knox said it’s about selling the university.

“You see it a lot at any division — it’s hard to follow a coach who moves on so we really think the selling of our university to recruits is a must,” Knox said. “But at the same time we know we have to do some different things because the program has to be better.”

Meanwhile, the WSSU coaches are on the recruiting trail. Nineteen seniors played in their final game earlier this month at WSSU, and the Rams need defensive linemen, cornerbacks, running backs and a kicker.

One of those recruiting targets is Thomaz Johnson, a 6-foot-1, 300-pound senior defensive lineman at East Forsyth.

Johnson said he was offered a scholarship to play for the Rams from Tremyane Henry, the defensive line coach. By NCAA rules coaches aren’t allowed to comment on a recruit until the recruit signs a national letter of intent.

“They invited me to a game and I went over there and they offered me a spot on the team,” said Johnson. “I really haven’t decided yet about where I will end up, but I liked the environment there on campus and the vibe at the game.”

Johnson said he realizes there could be some coaching changes in 2020. “I just want to go to where I will get a chance to play,” he said.

Massey was thrust into a tough situation when Kienus Boulware was fired soon after the end of spring football. He was given the title of interim head coach and then tried to steady a team that was expected to contend in the CIAA’s Southern Division.

The Rams were 1-4 at one point, but battled back to 4-4 before losing their final two games.

Defensive lineman Karron Jeter, who will be back next season, said he hopes that Massey also returns.

“We love him and I would love to see him back,” Jeter said.

Offensive lineman Kendyl Graves, who along with his twin brother, Dominique, will be juniors next season. Dominique, the starting quarterback, struggled toward the end of the season as the Rams averaged just 17 points a game.

Kendyl said the Rams were in much better shape all season, and that discipline within the program was at a high level. Massey said earlier in the season that 12 players missed game times because of suspensions for breaking team rules.

“We were one of the best conditioned teams in the league,” Graves said. “I can’t say enough about what Coach Massey did for us. We would like to see him back next year.”

One player who won’t be back next season is All-America safety Daryus Skinner, who ended his four-year career with 22 interceptions, the second most in school history. Skinner said that for the program to move forward, the entire team needs to be on the same page.