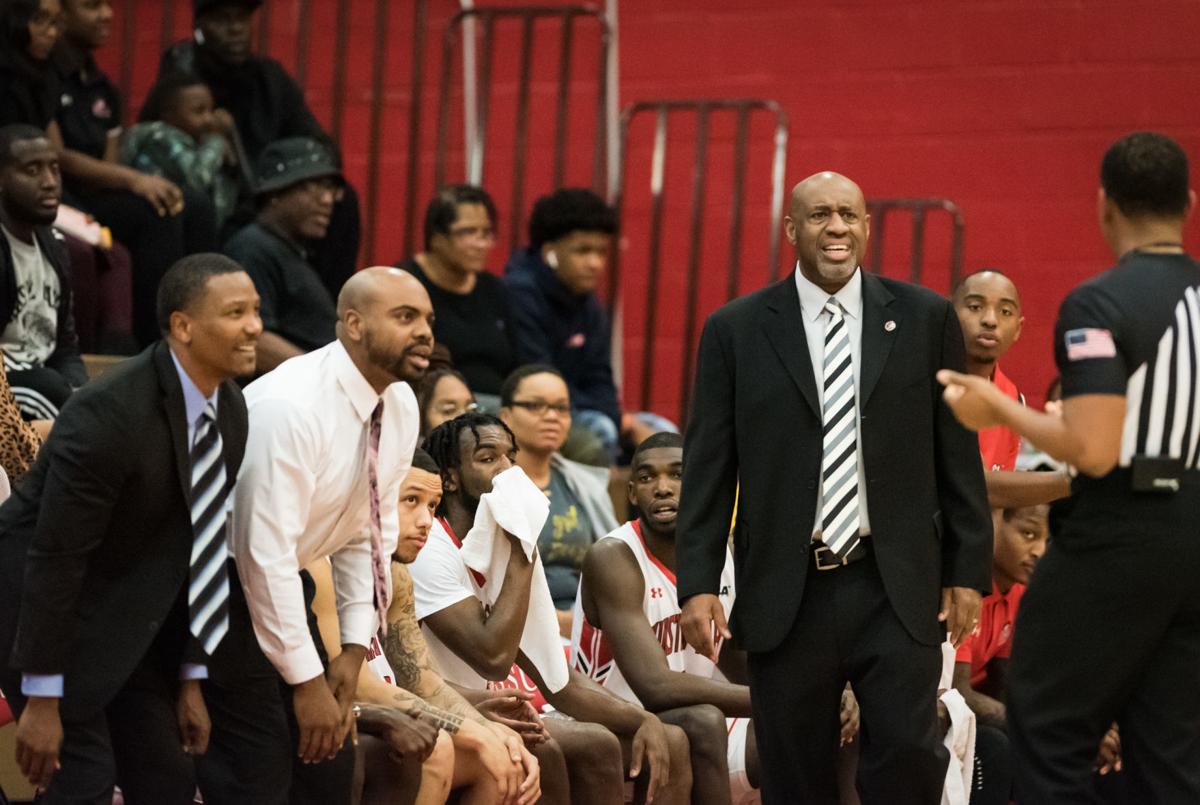 Assistants Ricky Wilson, left, and Lance Beckwith have been at Winston-Salem State with Cleo Hill Jr. for the last two seasons. 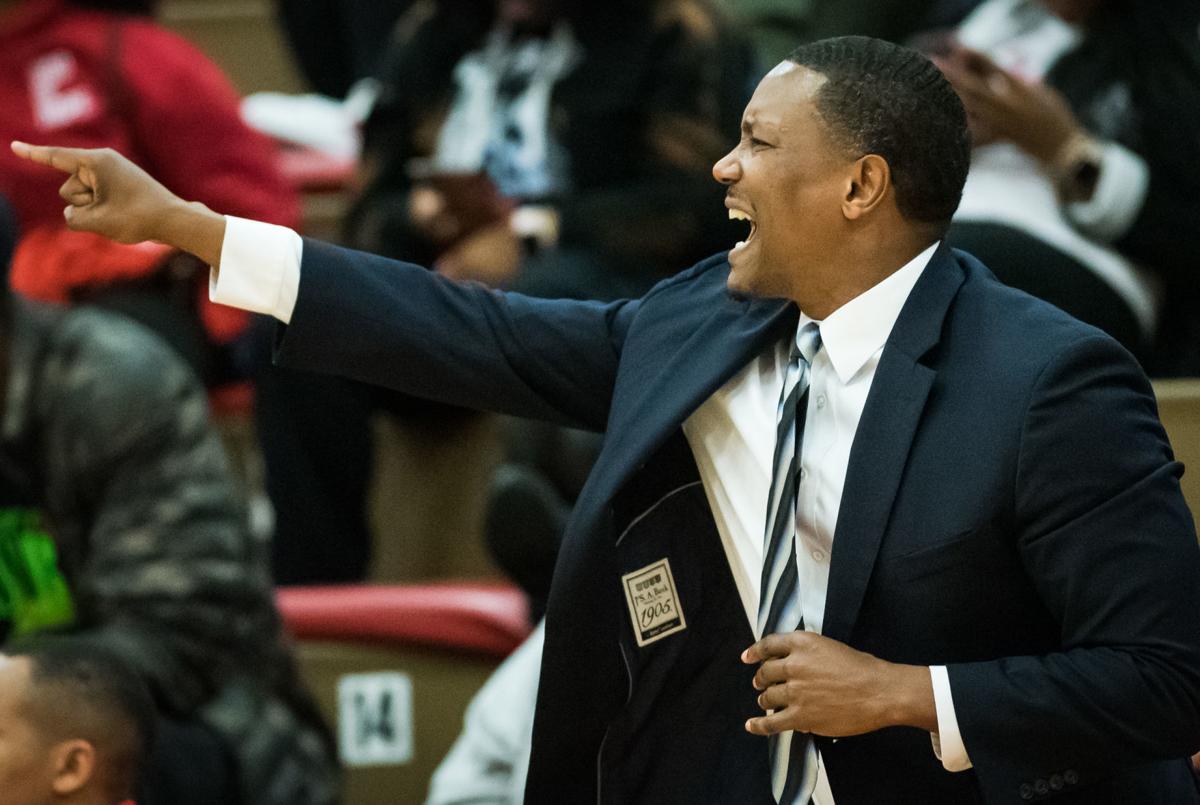 Ricky Wilson has been a college assistant for the last 16 seasons and says working with Cleo Hill Jr. has been a great experience. 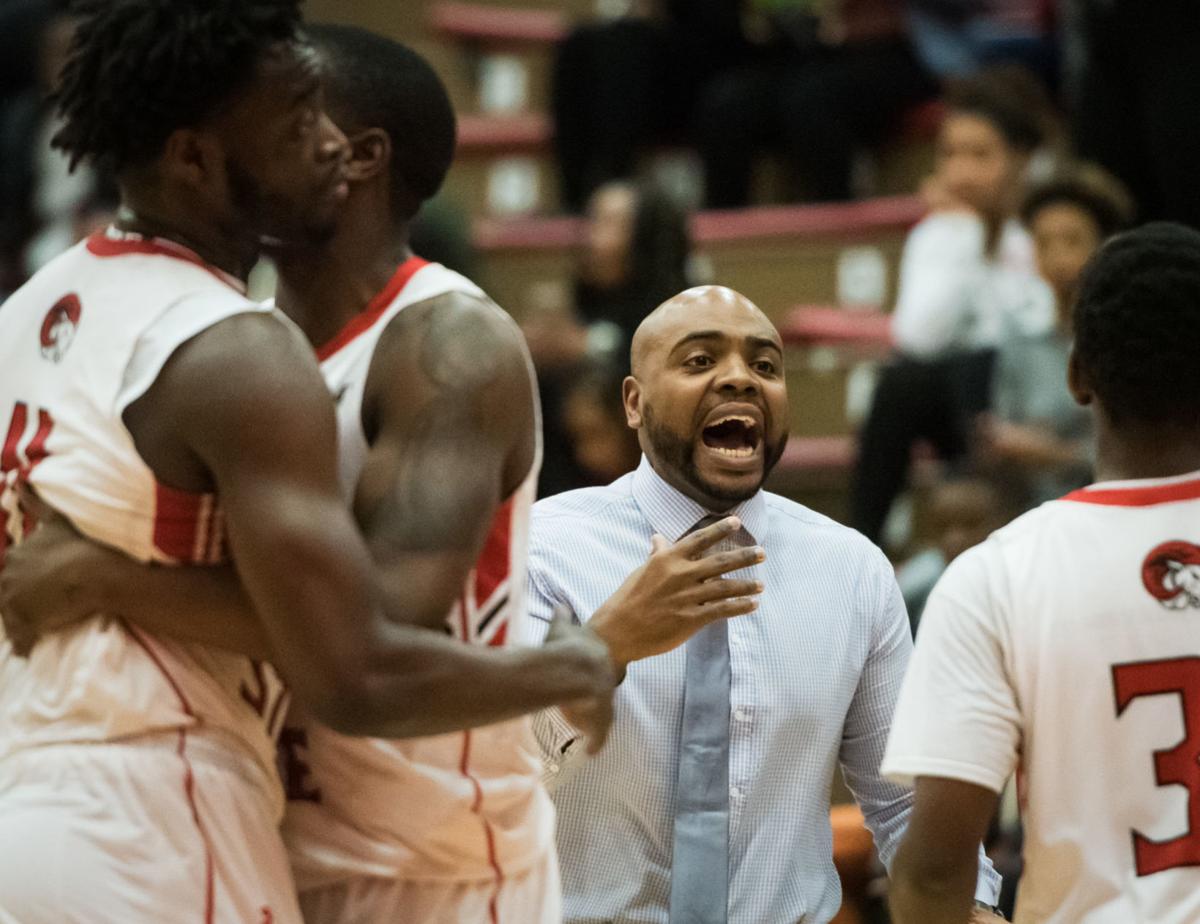 Lance Beckwith turned down an offer for a scholarship from Cleo Hill Jr. when Hill was at Shaw a few years ago. Now, Beckwith is a valuable member of Hill's coaching staff.

Assistants Ricky Wilson, left, and Lance Beckwith have been at Winston-Salem State with Cleo Hill Jr. for the last two seasons.

Ricky Wilson has been a college assistant for the last 16 seasons and says working with Cleo Hill Jr. has been a great experience.

Lance Beckwith turned down an offer for a scholarship from Cleo Hill Jr. when Hill was at Shaw a few years ago. Now, Beckwith is a valuable member of Hill's coaching staff.

That’s the best description about Coach Cleo Hill Jr. of the Winston-Salem State basketball team that was given both of his assistant coaches. Hill deflects praise onto his coaches, players and even managers whenever he can.

It wasn’t a surprise last weekend after the Rams won the CIAA title over Fayetteville State when Hill wasn’t content to bring his four seniors to the media interview room at the Spectrum Center. Instead, the entire team filed in and stood near the podium as Hill detailed one of the biggest wins at WSSU in eight years.

Hill took it a step further in his opening remarks by praising assistant coaches Lance Beckwith and Ricky Wilson and the rest of his team.

“Can we give them a round of applause?” Hill said to reporters and CIAA officials in the interview room.

When asked about the work his assistants do for the program, Hill said: “I cracked the code in this league on having success, and it starts with those two guys.”

Hill, whose Rams will find out Sunday night their opponent in the Atlantic Region of the NCAA Tournament, hired Beckwith and Wilson to help him turn around the Rams. They came with Hill before last season and have been instrumental in all aspects of the program.

“They both have so many great ideas and that’s partly why I hired both of them,” Hill said. “They both come from different backgrounds, and I have listened to those guys all season long.”

Hill, the CIAA coach of the year, loves that they both offer ideas and opinions. Beckwith came up with a social media rule for which players and coaches can’t post on social media for 24 hours after a game.

The coaches also made an agreement with the players that if the Rams won the CIAA title, the coaches would jump into the outside pool at their hotel in downtown Charlotte. The temperature was about 25 degrees when the coaches, fully clothed, made the leap last Saturday night and kept their promise to the team.

Wilson, 47, has known Hill for most of his life having grown up with Hill a neighborhood apart in New Jersey. Wilson’s older brother went to high school with Hill, and they have known each other’s families for years.

“This is my 16th year coaching college basketball,” Wilson said. “And with (Hill) it’s about him allowing us to do what we do. A lot of head coaches aren’t like that and they tend to micro-manage everything, but Coach Hill gives us responsibilities and allows us to carry those responsibilities out.”

Beckwith, 30, is from Raleigh and has known Hill since Beckwith was a player at Wake Technical Community College. When Beckwith was looking at places to play after graduating from Wake Tech, Hill recruited him to go to Shaw.

“He turned me down flat,” Hill said, with a laugh. “I recruited him and he didn’t want to play for me, but I still hired him for the job.”

Beckwith wanted to get away from Raleigh and chose Central Missouri instead, winning a conference championship as a player. It was at Central Missouri where his team walked to the arena a short distance from their hotel to a championship game, and he offered the same idea on Saturday before the game with Fayetteville State.

The Rams' stroll to the arena before the 4:30 p.m. afternoon game, Beckwith said, calmed the nerves of the players and coaches.

Two years makes Beckwith relatively new in coaching, but he has adapted well to scouting and recruiting.

“My dad was a coach for a long time," Beckwith said, "and I just wanted to always help out kids. I know the college game can be difficult so if I’m able to impact kids, that’s what I try to do.”

One of the reasons Jon Hicklin, a transfer from James Madison who is from Raleigh, came to WSSU was to play for Beckwith, who coached him in AAU ball.

“I’ve been around coaches who are like ‘my way or the highway,’ but Coach Hill is just different,” Beckwith said. “He’s the ideal boss and I’ve told him I want to be around him for a long time.”

Jaylen Alston, a sophomore guard, is impressed with how the assistants work behind the scenes.

“They are here all the time helping us on the court and off the court,” Alston said. “They really want to make this program better and you can see that.”

Both assistants have been working the phones and gathering video on their potential NCAA opponents. Barring upsets this weekend, the Rams will likely land at Indiana (Pa.) or West Liberty in West Virginia for the Atlantic Region. The 64-team field will be announced at 10:30 p.m. Sunday.

“One of the keys to our success is how Lance and Ricky scout opponents, so the guys get those reports and know what to expect on the court,” Hill said. “That’s so invaluable and now that we are in the NCAA Tournament we’ll be playing schools we haven’t seen before.”

Wilson says the ride through the CIAA was a team effort, something Hill stresses all the time.

“He’s just a different guy, and Coach Hill gets it,” Wilson said. “I tell my family members all the time he’s the best coach I’ve ever worked for. It’s never about him.

“It’s always about the team, the university and the players.”