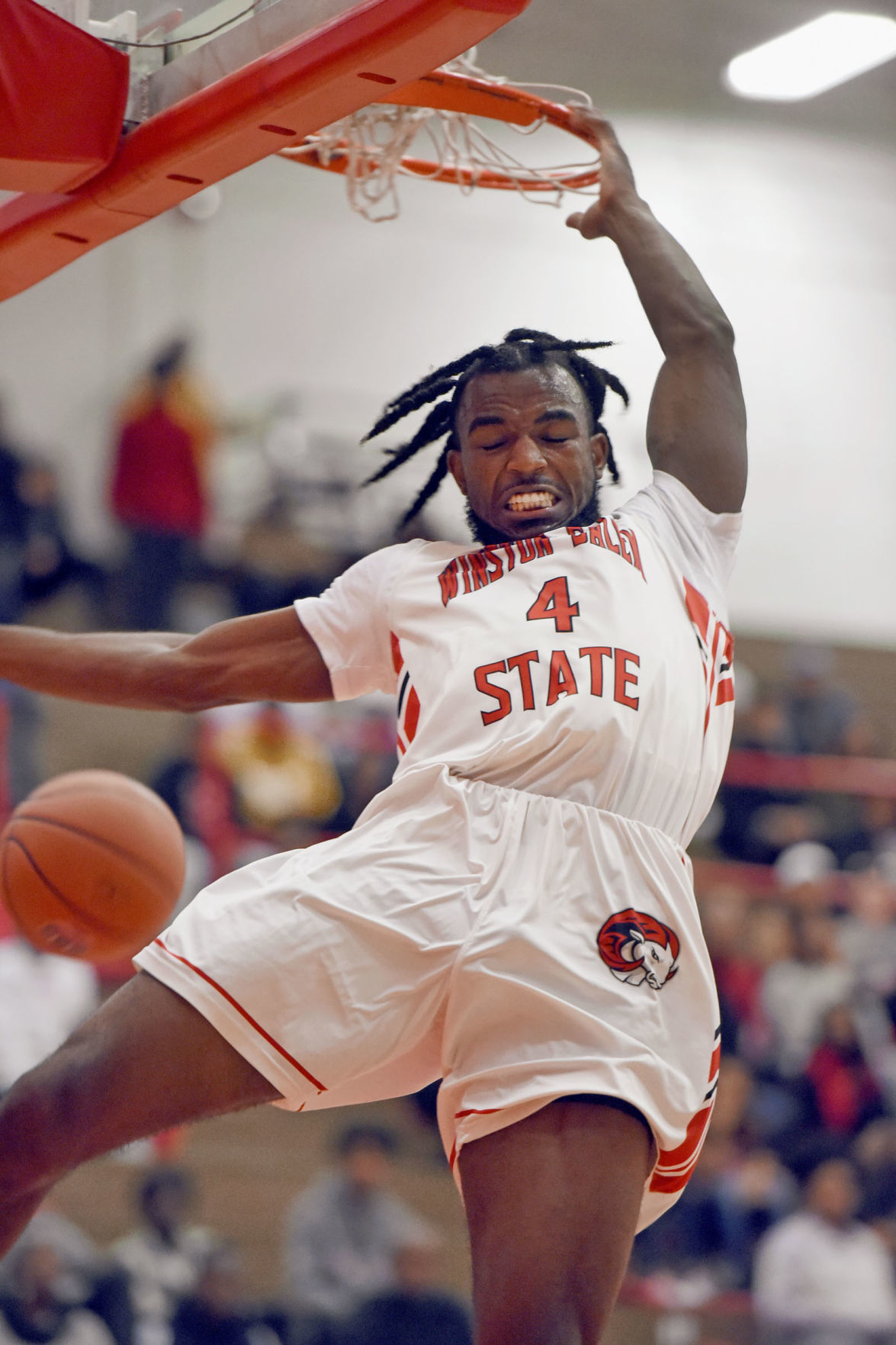 Jaylen Alston had his best game of the season for WSSU with 12 points, nine rebounds and four assists. 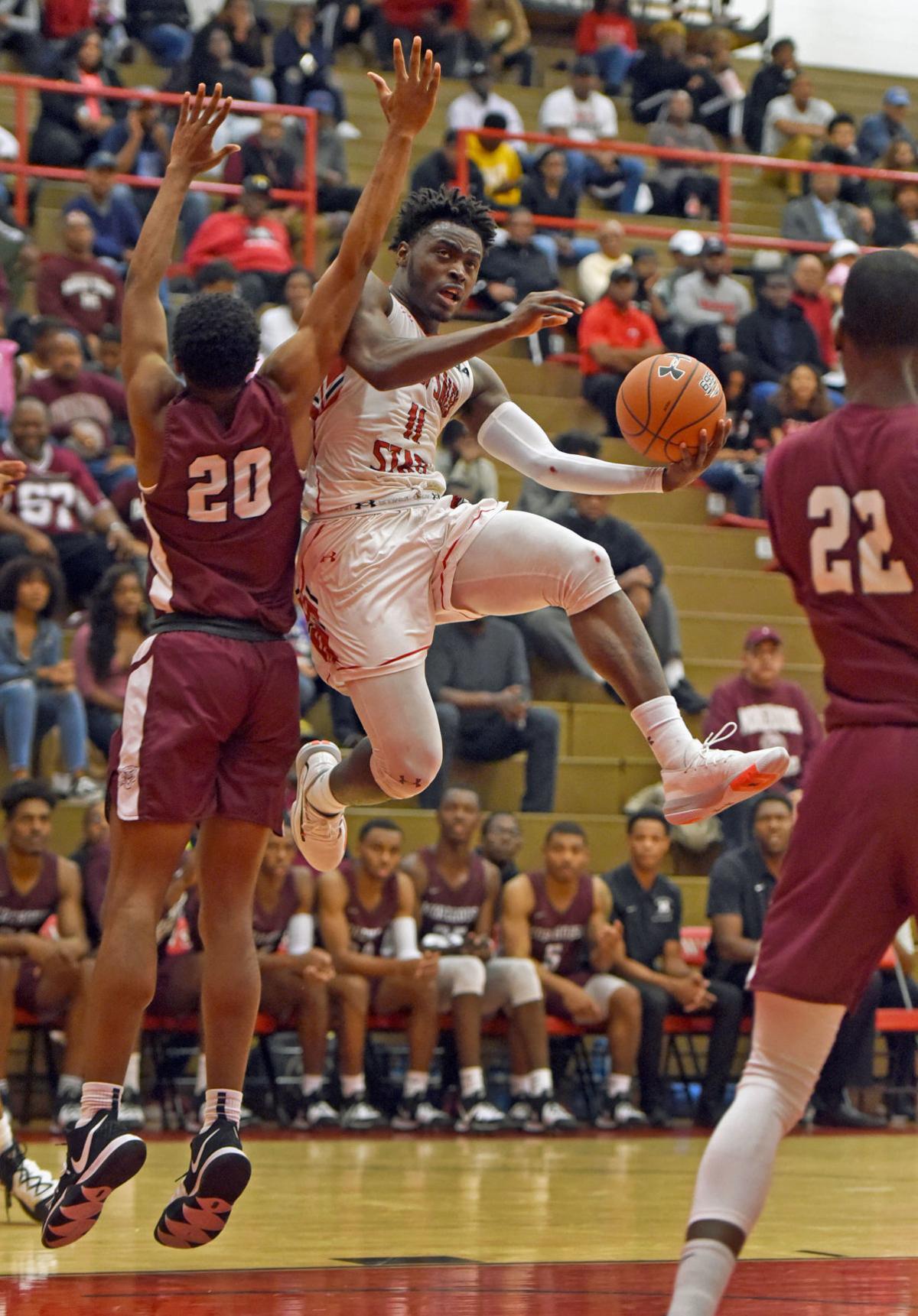 Jon Hicklin, who had nine points for WSSU, drives to the basket.

Jaylen Alston had his best game of the season for WSSU with 12 points, nine rebounds and four assists.

Jon Hicklin, who had nine points for WSSU, drives to the basket.

Winston-Salem State took No. 25 Morehouse to the wall on Saturday afternoon at the Gaines Center but couldn’t break through.

Thanks to a put-back basket by freshman Kevin Powell at the buzzer, the Maroon Tigers came away with a 66-64 victory in the CIAA/SIAC Challenge.

Point guard Michael Olmert missed an awkward layup attempt with a second to go, but Powell rotated to the right side of the basket and was there for the winning shot as the horn sounded.

“It was just instinct,” said Powell, a 6-foot-7 freshman from Newman, Ga. “I was in perfect position, and I knew if he missed, it would come over to my side and I was there. It was just natural to be there waiting for it.”

The Rams failed to box out on the play, mainly because two players had a chance to steal the ball from Olmert when he fumbled it right before the layup attempt.

“One play does not determine the outcome of the game, but I thought guys were looking instead of diving for the loose ball like it was a first down,” Coach Cleo Hill Jr. of the Rams said. “I’ll have to look at it, but there was so much through the course of the game that we could have done and didn’t do.”

The Rams (1-2) were without two of their main players. Center Mason Harrell (ankle) and starting point guard Justice Kithcart (knee) were both out. Hill said Kithcart, the Rams’ leading scorer at 18 points a game, will get an MRI to determine the extent of the injury. Kithcart was injured in Friday’s easy win over Fort Valley State and could be out for a while.

“I thought the guys did respond pretty well with those two guys out,” said Hill. “That’s no excuse, with two guys being out, but we still have so much clean up to do as we move forward.”

The Rams trailed by seven with 5:50 to go but battled back to the tie the game at 64 when Glen Campbell, a transfer from USC Aiken who played his best game for the Rams, made a 3-pointer from the left wing.

With 24 seconds left, the Tigers (2-1) got the ball back and left it in the hands of their point guard, Olmert. He dribbled around the left side, with Julius Barnes guarding closely and fighting off two picks near the top of the key.

As four Rams converted on Olmert, it left Powell open.

“It was a surprise nobody was on me, but it happened so quick,” Powell said.

One of the bright spots for the Rams was Jaylen Alston, a sophomore transfer from Gardner-Webb who had 12 points, nine rebounds, four assists and two blocked shots. He, along with Jon Hicklin (9 points, four rebounds and two steals) helped pick up the slack with Kithcart out.

“This is a tough one, because we were right there,” said Alston. “We had that lead early in the second half, and then it was tough when that went away.”

The Rams went on a 9-0 burst to open the second half with four different players (Barnes, Robert Colon, Alston and freshman Shamon Jackson) all scoring baskets. The Rams led 43-33 before Coach Grady Brewer of the Tigers called a timeout.

The Tigers, who were led by Julian Alexander and Malik Kennedy with 14 points each, came right back. They ended up taking a seven-point lead with six minutes to go, but the Rams came back to nearly pull out the victory.

“I believe we played harder, and the guys knew their roles and we almost got it done, but that’s not good enough,” said Alston. “We’ll have to get over that hump and learn from this and get better.”

Barnes had nine points for the Rams and Dontae Caldwell had 11. They shot 39 percent but outrebounded the bigger Tigers 37-32.

“The recipe is here and the parts are here, so we just want them to continue to learn and know what we expect,” Hill said.

In the first half, the Rams fell behind 26-24. But Alston’s four-point play after he made a 3-pointer and was fouled followed by his furious dunk on a fast break put the Rams in the lead. The Rams were up 34-33 by halftime.

WSSU will play another home game on Tuesday against Piedmont International, an NAIA school coached by Josh Howard, a former Wake Forest and NBA star. Game time at the Gaines Center is 7 p.m.

In the first game of the day in the CIAA/SIAC challenge, it was Shaw beating Fort Valley State 89-83. The Bears went 2-0 in the challenge and were led by Greyson Kelley’s 26 points with Ohashon Dyson chipping in with 21 points and five rebounds.

WSSU loses to Morehouse at the buzzer