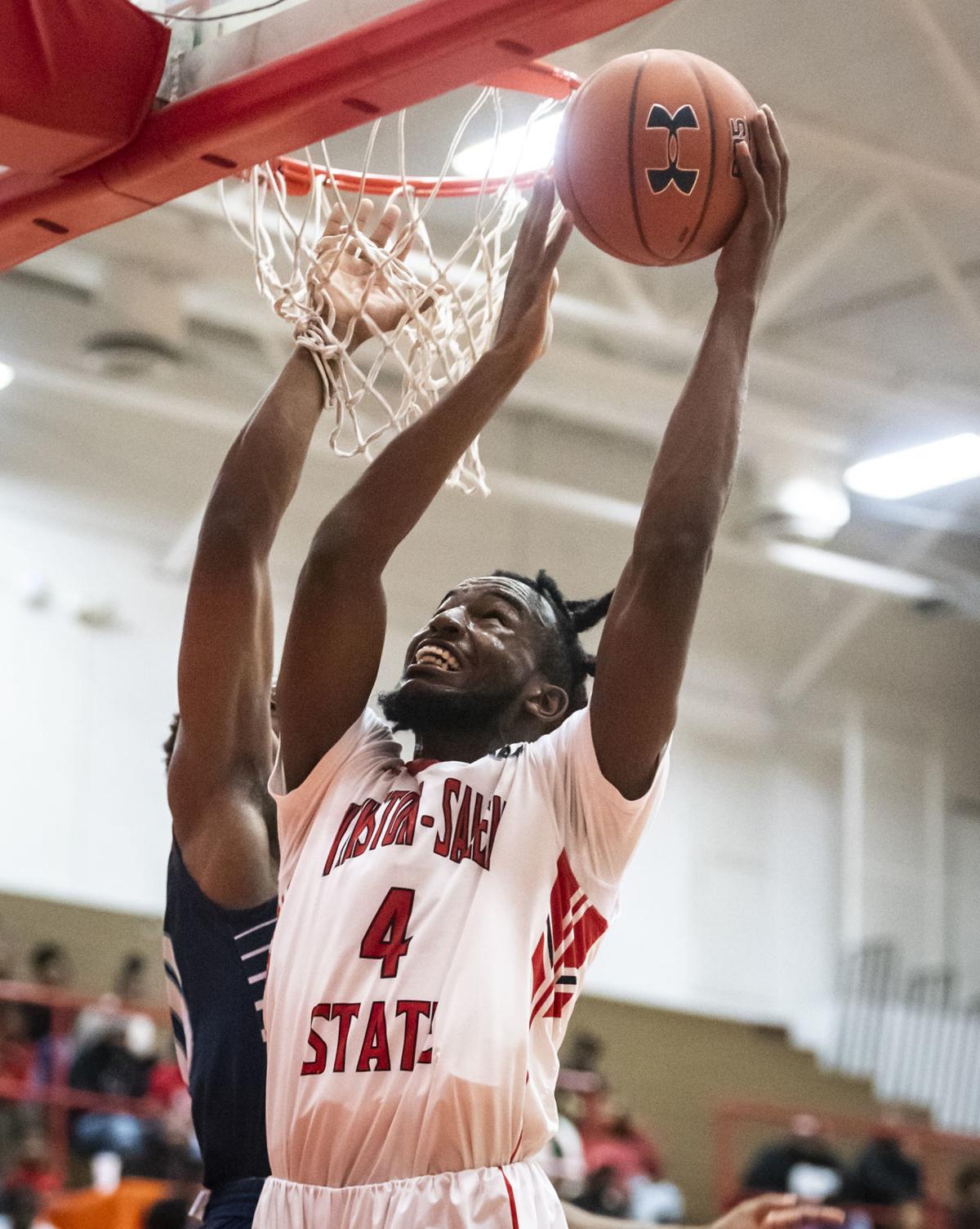 Jaylen Alston is averaging 12.7 points a game for Winston-Salem State this season. 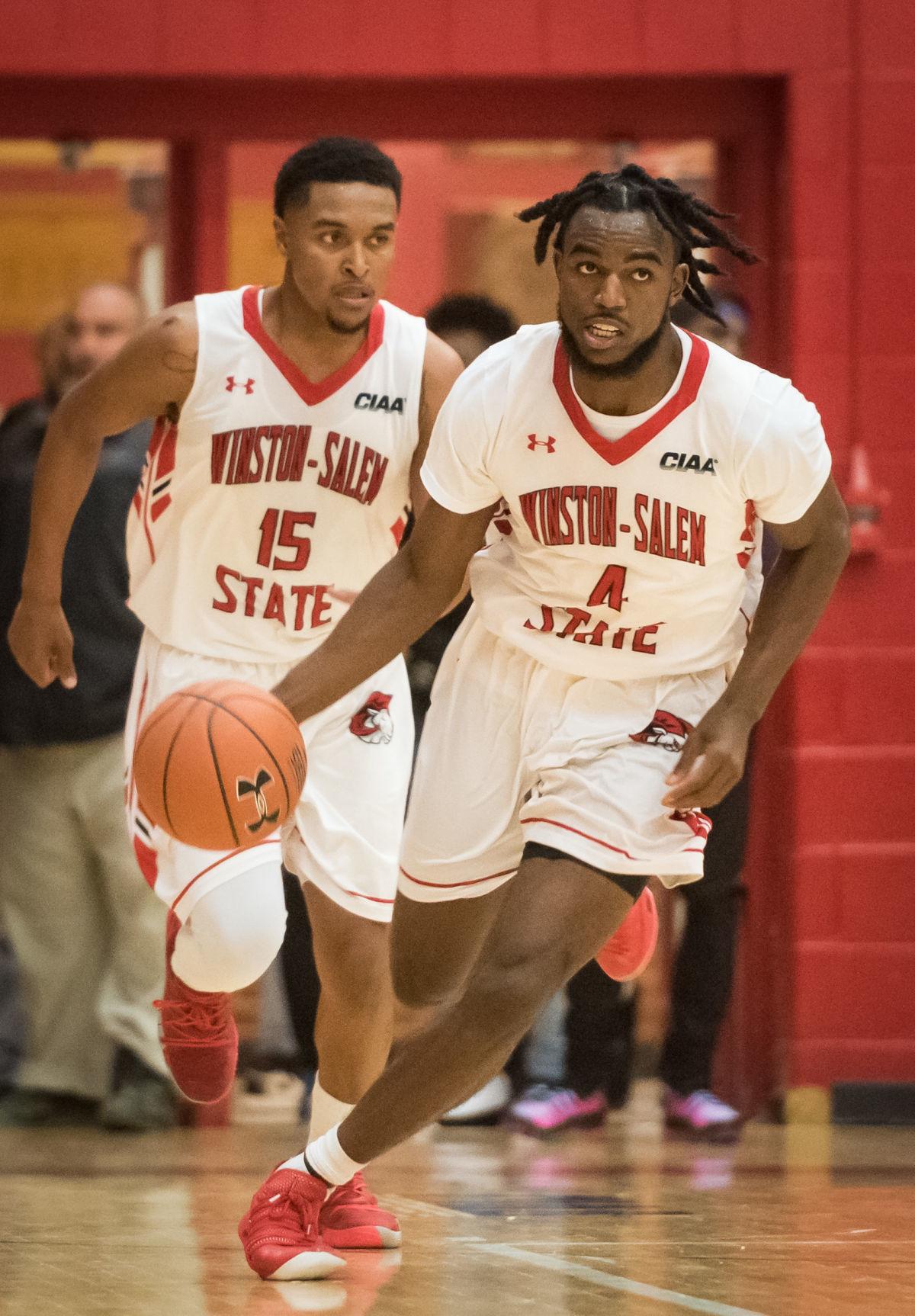 Jaylan Alston is one of the many versatile players in Coach Cleo Hill Jr.'s lineup.

Jaylen Alston is averaging 12.7 points a game for Winston-Salem State this season.

Jaylan Alston is one of the many versatile players in Coach Cleo Hill Jr.'s lineup.

Don’t ask Coach Cleo Hill Jr. of Winston-Salem State what positions his starters play. He decided his hybrid form of basketball is the best way to play, especially at the Division II level.

A perfect example of his hybrid team is Jaylen Alston, a 6-foot-4 wing who is in his first season with the Rams. After spending last season at Gardner-Webb sitting on the bench he transferred in hopes of more playing time.

“I would say I play the three (small forward),” Alston said with a smile.

Alston, a former star at Eastern Guilford, has been a do-everything kind of player for the Rams and his statistics show it.

“I don’t discriminate against any position so I’ll play wherever I need to,” Alston said.

The Rams, who are 4-3 overall and 2-1 in the CIAA heading into a game at Virginia State on Thursday, are considered an undersized team inside the conference. Hill, however, says he’s OK with that as long as the Rams play within the system.

“We’ve been looking at the next level a lot and I talk with some of the NBA guys that I know and everybody is going toward that positionless game,” Hill said. “It’s the skill set now and how many guys can you get on the court at the same time who can dribble, pass and shoot. That’s what we try and do and in our league I think that’s the best way to compete night in and night out.”

Alston, who along with fellow wing Jon Hicklin are both left-handed, is having fun navigating the CIAA for the first time. Heading into Thursday’s game Alston is averaging 12.7 points, five rebounds and two assists. He’s also shooting 58 percent, but his three-point shooting is something that needs to improve.

“My style of play suits me great with what we are doing,” Alston said. “I like to play downhill and play fast, and we do that a lot. I think rebounding is what I do best.”

When he decided to enter his name into the transfer portal it didn’t take long for Hill and his assistant coaches to reach out.

“Coach Hill invited me for a visit,” Alston said about the recruiting process. “I came to the Fayetteville State game last year and I liked it a lot, and I got to meet some of the guys as well. It was a great atmosphere at the Gaines Center and that had a lot to do with me coming here.”

Hill says that Alston, who played point guard in high school early in his career, is versatile and has a high basketball IQ.

“We watched some of his film, but it was from high school and the fact that he played point guard, and then grew, really helped him become better,” Hill said. “I liked that and he’s used to making some high level decisions with the ball.”

What Hill and his assistants didn’t know about Alston before they started recruiting him was he also visited WSSU last fall to see quarterback Dominique Graves of WSSU play. The two played basketball together at Eastern Guilford and are good friends.

“Dominique had his say about me coming here,” Alston said. “But mainly it was the coaches and the atmosphere here and they call it a ‘Ramily’ and it really is.”

Hill did plenty of research on Alston’s recruiting when he was in high school. He averaged 25 points, 12 rebounds and 3.4 steals in his senior season.

“When he was coming out of high school it was my understanding he had visits set up to Wake and Virginia Tech,” Hill said.

The luxury for the Rams is Alston has two seasons of eligibility left after this season and is growing more and more comfortable in Hill’s system.

“It’s like being back in high school, but there’s a lot more pressure and it’s a higher level,” Alston said. “It’s about just playing the game and being intense on defense. That’s what I try to focus on all the time.”

Alston says one of the benefits of playing closer to home is his family and friends can see him play more. He also likes how the Rams are becoming closer as the season has gone on.

“Just getting to know the guys and being able to talk to them about anything has been the best part,” Alston said. “It’s been great for and this is a great team so we are looking forward to the rest of the season.”