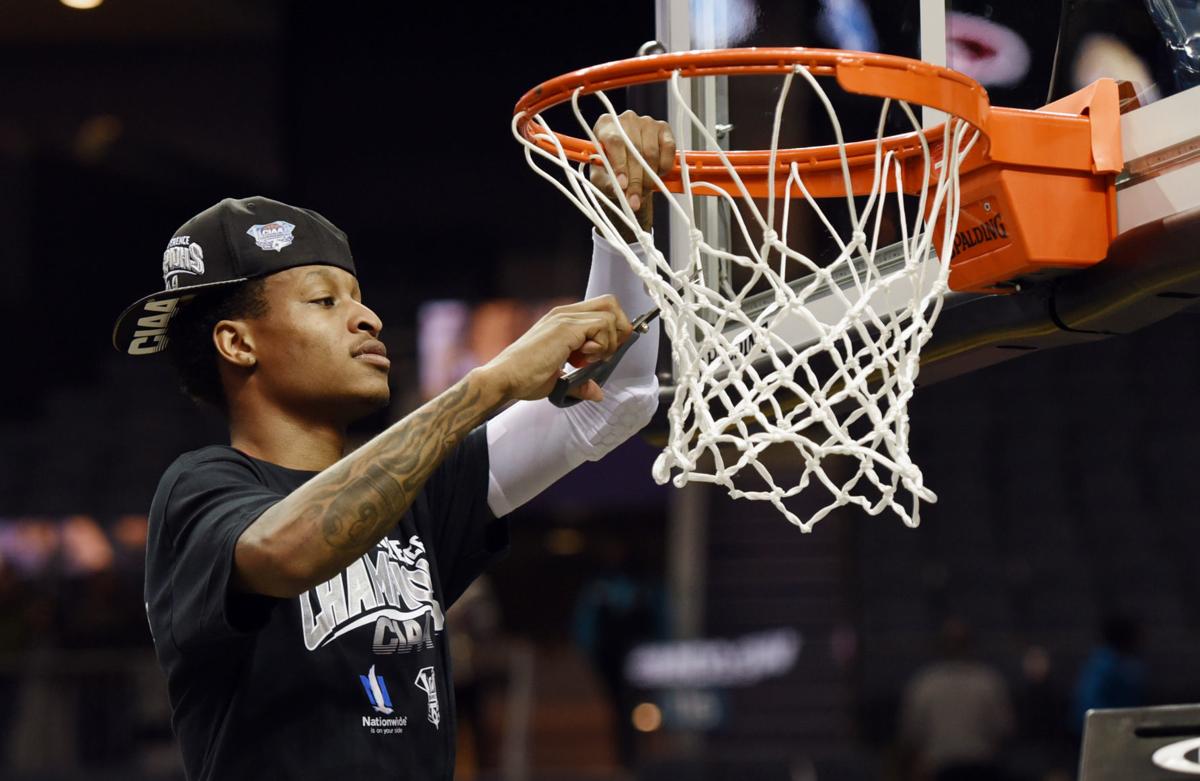 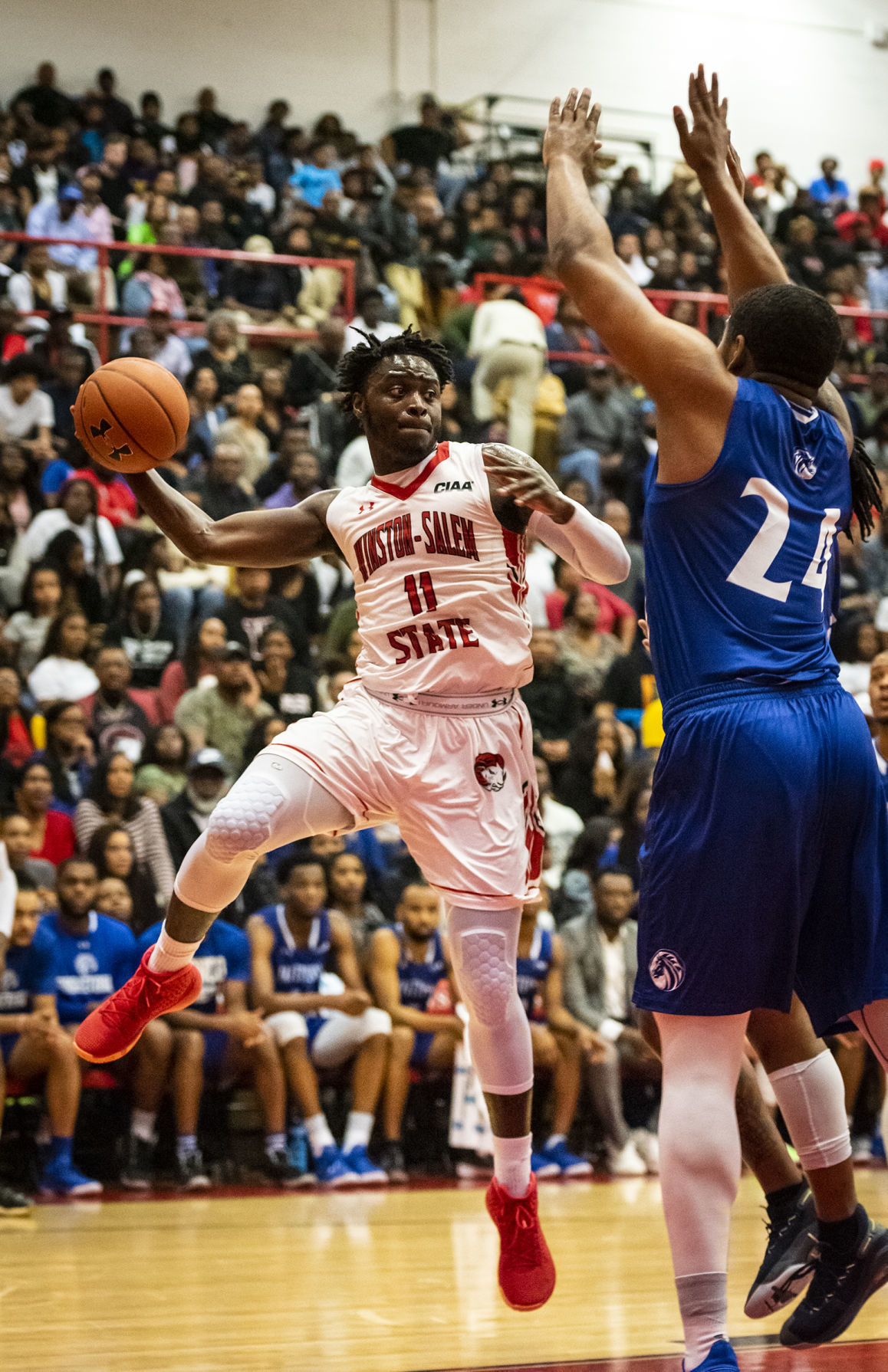 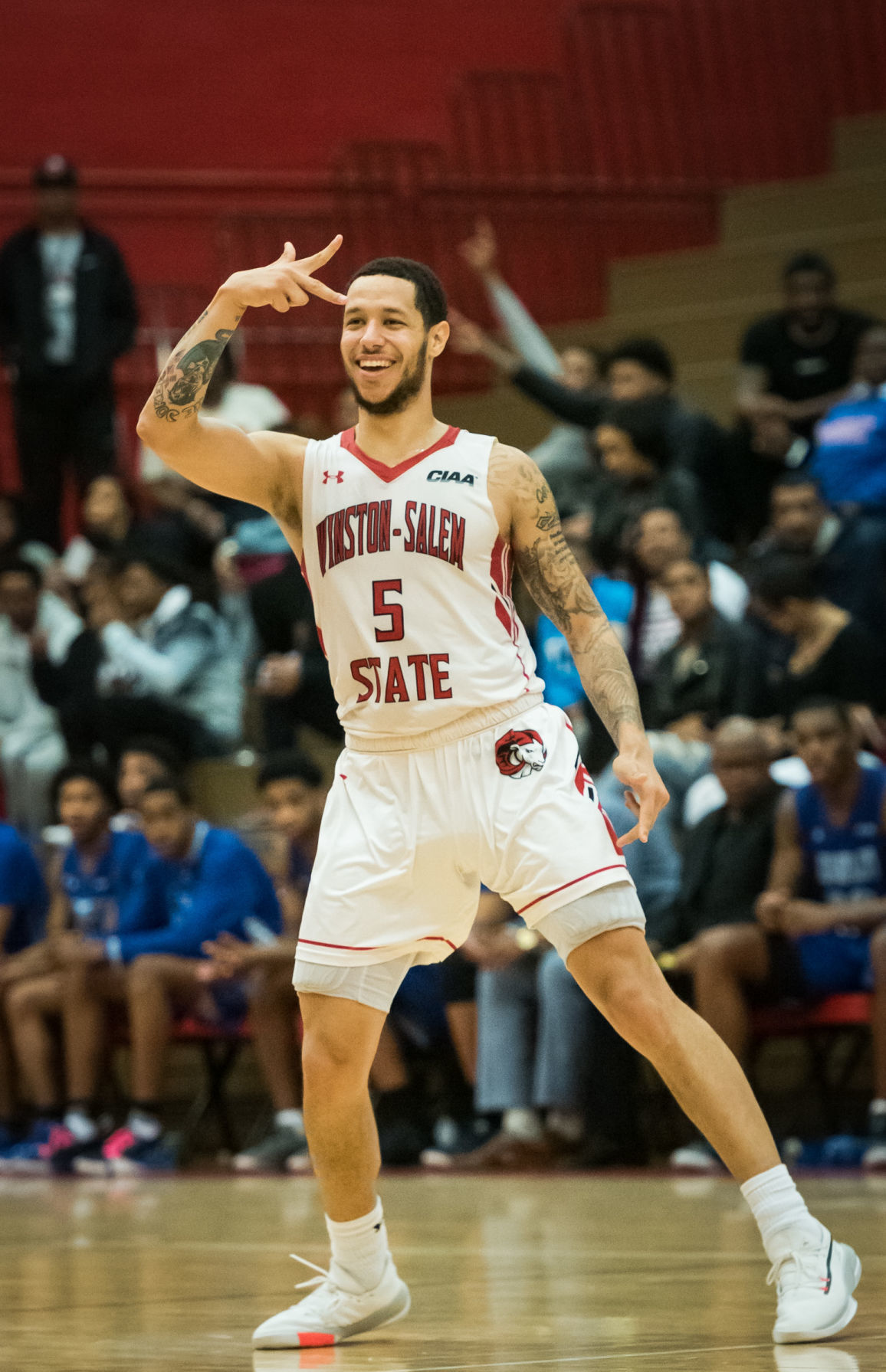 Dontae Caldwell's shooting has been a big plus for Winston-Salem State. Caldwell is a senior transfer from Maryland-Eastern Shore. 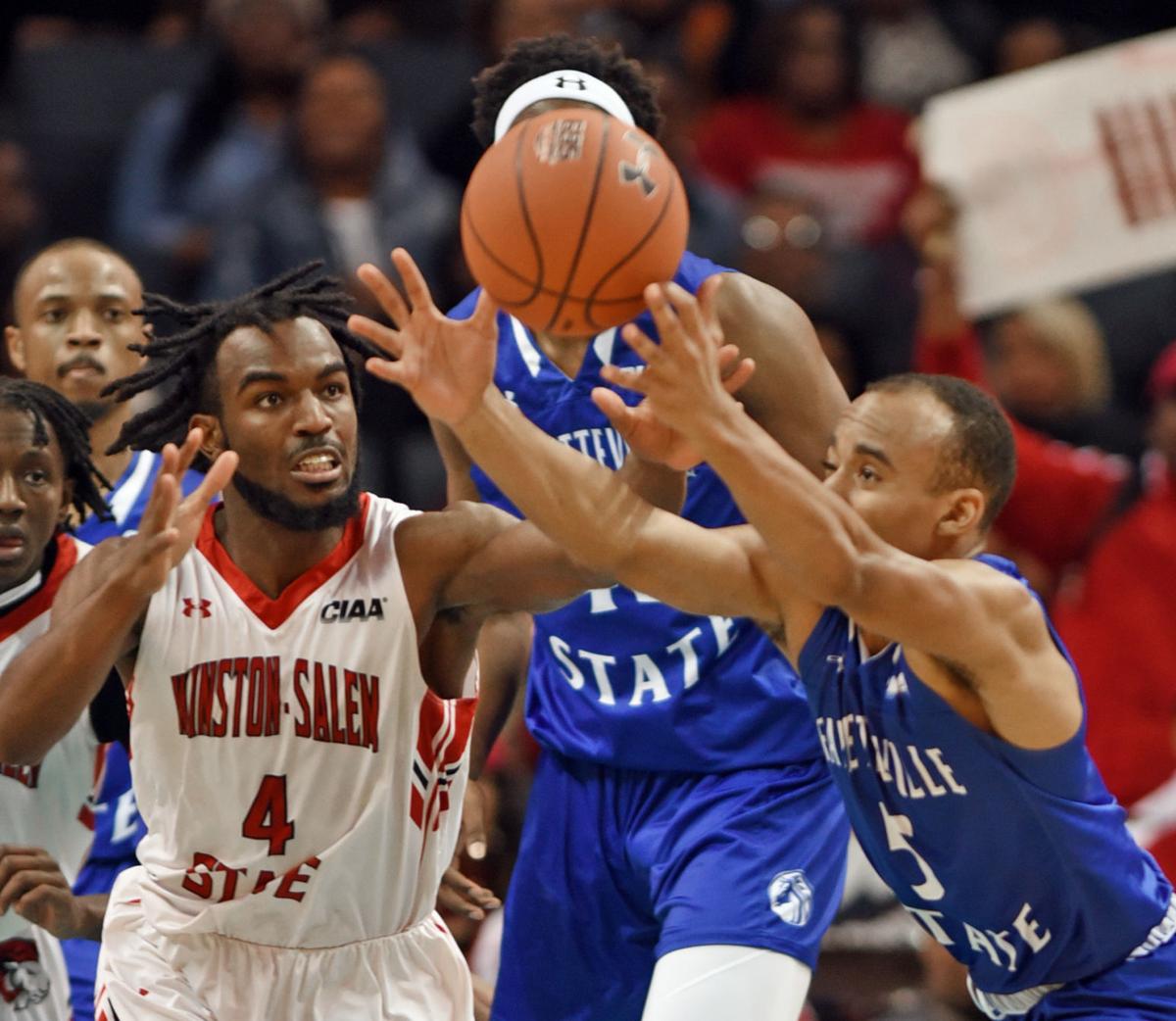 Dontae Caldwell's shooting has been a big plus for Winston-Salem State. Caldwell is a senior transfer from Maryland-Eastern Shore.

Justice Kithcart, a junior transfer from Old Dominion, was in a familiar place last weekend in Charlotte.

Kithcart was in a basketball arena celebrating with teammates after another conference championship. This time it was the CIAA championship as Winston-Salem State rallied to beat Fayetteville State 63-62.

That made it two conference championships in two seasons for Kithcart, who played in a reserve role for the Monarchs last season when they won the Conference USA tournament championship over Western Kentucky.

The winning mentality that Kithcart, a shooting guard, brought as one of four Division I transfers to WSSU has paid dividends this season. Kithcart then played one game in the NCAA Tournament the next week in a loss to Purdue. He’ll also get a chance to play in the Division II Tournament next week for the Rams.

“We definitely brought something to the culture of this team,” Kitchart said. “I was just part of a championship last season at Old Dominion, so I brought the winning mentality but I think it’s all about playing together and for each other so that’s the biggest thing.”

Landing Division I transfers is a way of life in the CIAA, but it’s not always easy to blend those different personalities.

The fourth D-I transfer was sharp-shooting Dontae Caldwell from Md.-Eastern Shore, where he played for former WSSU coach Bobby Collins.

"I've had a blast with these guys," the senior and California native said.

The blend of transfers with the holdovers from last sesaon's team added up to a 19-10 record and the school’s first CIAA title in eight years.

Rob Colon, the leading scorer and a senior who signed with WSSU out of high school, says the newcomers have made major contributions.

“You can tell when it got to tournament time those guys have been in the spotlight before,” Colon said. “They weren’t nervous at all and they do all good things for us so those four guys all added something to this team in a big way.”

Kithcart played in 29 games last season for the Monarchs, averaging 5.4 points per game. He also played one season at Pittsburgh before sitting out a season as a transfer to ODU.

“I just needed a change of scenery and it was nothing against Coach (Jeff) Jones (of ODU) or the guys,” Kithcart said.

Transfers to Division II programs from Division I aren't required to sit out a season.

“We had an impact on the culture for sure,” Alston said. “We all came in and saw Coach Hill’s vision. We’ve been able to play together and understand his philosophy, and we’ve just been able to understand where everybody was coming from.”

The Rams also learned this season that Hill and his assistants weren’t playing favorites when team rules were broken. Alston, Xavier Fennell and Melvin Huntley Jr. were all suspended for a key conference game for breaking team rules in mid-January.

The suspensions got the attention of the Rams, who lost that game to Elizabeth City State. The Rams ended up going 10-2 the rest of the regular-season and were co-champions of the CIAA’s Southern Division.

“I can’t remember what it was,” Alston said about whey he received a one-game suspension. “That really kind of makes you understand it’s a team game, and we are all in this together. That was a lesson we all learned.”

Wilson said there’s not a set of guidelines to how teams come together during a season. Sometimes it doesn’t work, but it worked for the Rams.

“It’s a process,” Wilson said. “There’s a lot behind the scenes when you take on Division I transfers with more meetings, film work and just getting them on board with everything. But those four guys all bought in and we got something good out of it.”

What helped get Hicklin to WSSU was that Beckwith was one of his AAU coaches in the Raleigh area a few years ago.

“Anybody can get Division I players as transfers, but can you get the best out of those players?” Beckwith said. “Even though we brought four Division I transfers in, we felt like they were the type of players who could mesh with this team and fit in.”

The Rams will find out Sunday night who they will play in the Atlantic Regional with the NCAA Tournament starting March 12.

Kithcart got to play in only one NCAA Tournament game last season with Old Dominion. He’s hoping to play in more NCAA games this time around.

“The season isn’t over,” he said. “Now we are trying to get a national championship.”