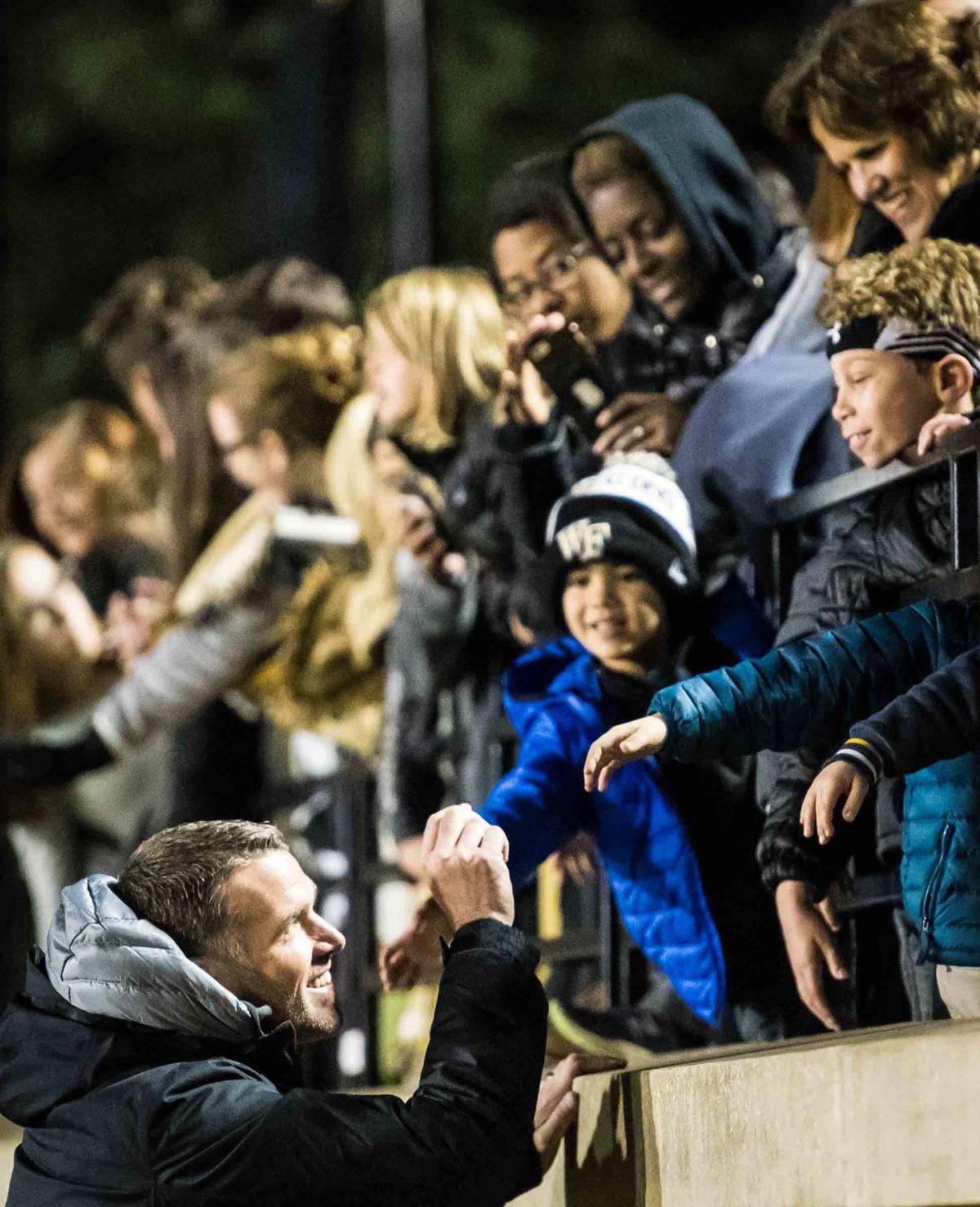 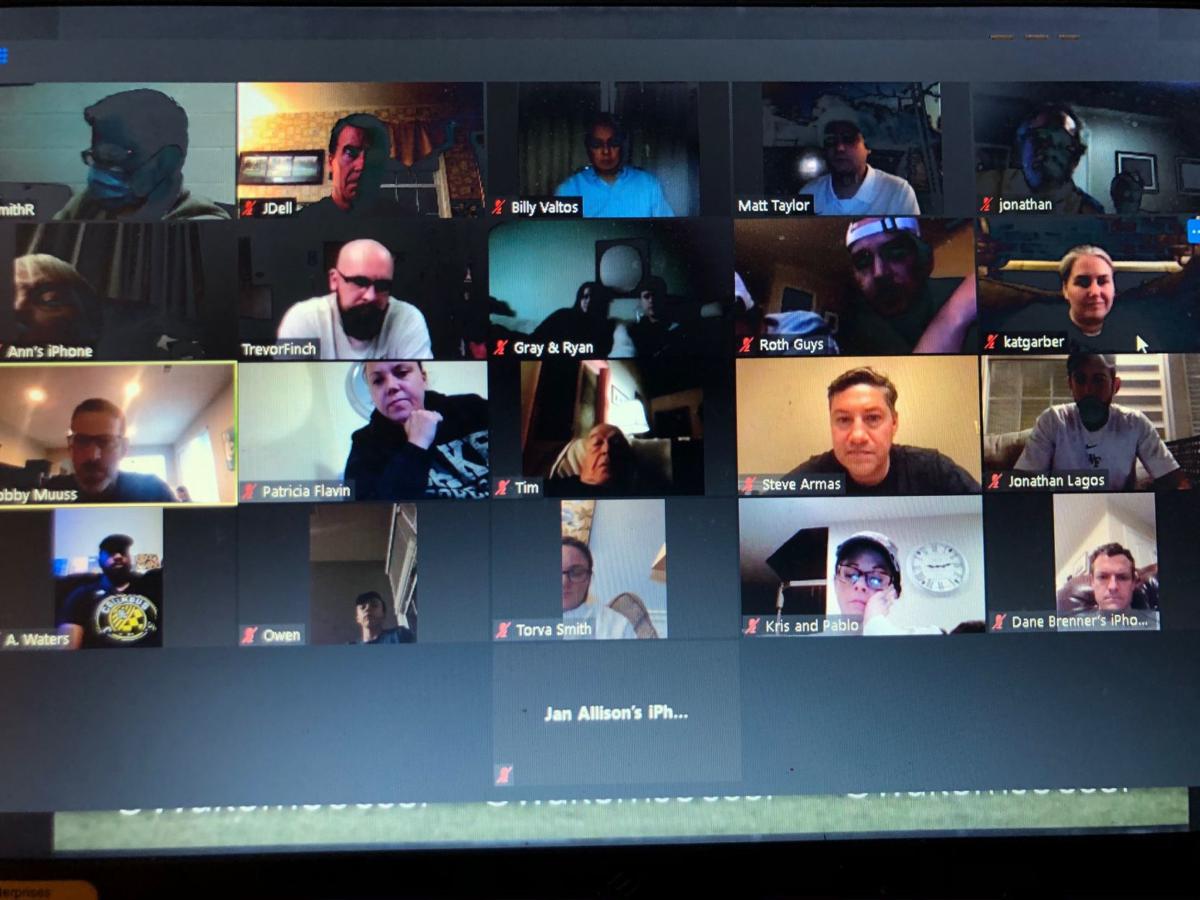 Coach Bobby Muuss of the Wake Forest men's soccer team wanted to reach out to his fan base. He wanted to keep "The Congregation," a large group of community supporters, updated on how the program is doing during the pandemic.

Muuss normally would meet with the group in a social setting. Since that's not possible because of protocols and guidelines, Muuss found another way. He spent nearly 90 minutes showing highlight videos of the past season on a Zoom call and then answered questions.

“Is there anywhere like this where a coach will sit down and talk to their fans and tell them about the upcoming year?” asked fan Patricia Flavin on the call. “And where else can you go to have a fan tell you what to do on the field like Roger (Smith) does?”

“Myself and my staff and the relationship we have, and it goes along with our players, we are just grateful,” Muuss said of the fan base and program. “You travel all through the country and you don’t see that, so for us to take that for granted would make zero sense.”

The fan group started in 2014 when Jay Vidovich coached the Deacons.

“At this point, we are pretty spoiled,” fan Matt Taylor said. “This is normal for us for Bobby to reach out like this. But I don’t think you are going to find this anywhere in the country. To have that passion to come together and talk about what we want to get done this coming year. It’s pretty special what we have here.

“How Bobby communicates with us is just fantastic so we really appreciate it.”

Muuss makes it a point before every game to greet The Congregation on Walt’s Hill behind one of the goals. And after every game, win or lose, every player goes along the wall to offer high-fives.

Whether the players and the fans will be able to do that this season is a good question. That end-game tradition might have to be tweaked.

Joining Muuss on the Zoom call included his three assistants: Steve Armas, Dane Brenner and Jonathan Lagos. The updates included how the Deacons performed in spring practices and in three games played before the campus closed. And there was good news about the recoveries of Justin McMaster and Aristotle Zarris, two key players who were lost at the end of last season to injuries.

“Both are jogging again, and that’s good to hear,” Muuss said.

Despite the losses of McMaster and Zarris toward the end of last season, the depth helped carry the Deacons to the College Cup in Cary, where they lost to Virginia 2-1 in the semifinals. The College Cup appearance was Muuss' second in his five seasons at Wake Forest.

Several questions about the upcoming season could not be answered. Muuss said all he knows is his team is scheduled to open preseason practice in early August.

“Nobody knows what it’s going to look like,” Muuss said.

Muuss, the ACC coach of the year in four of his five seasons, has compiled an 89-16-9 record, the most wins of any program in the country during that time.

He attributes part of their success, including his 65-9-5 home record, to the atmosphere at Spry Stadium.

“We recruit to this program about the unique feeling with playing games at Spry and the relationship we have not only with each other but with the community,” Muuss said.

The Deacons will likely be ranked in the top five in preseason polls this summer.

“The one thing I want to be is approachable, and it’s a lot easier when you are winning,” Muuss said.

"And Craig (Allison) always asks, 'What can we do to help?'" Muuss said. "And I really do think we need to get our students, the ‘Screaming Deacons,’ going in one corner to be in sync with The Congregation. How we do that I don’t know, but we love the atmosphere there obviously.”