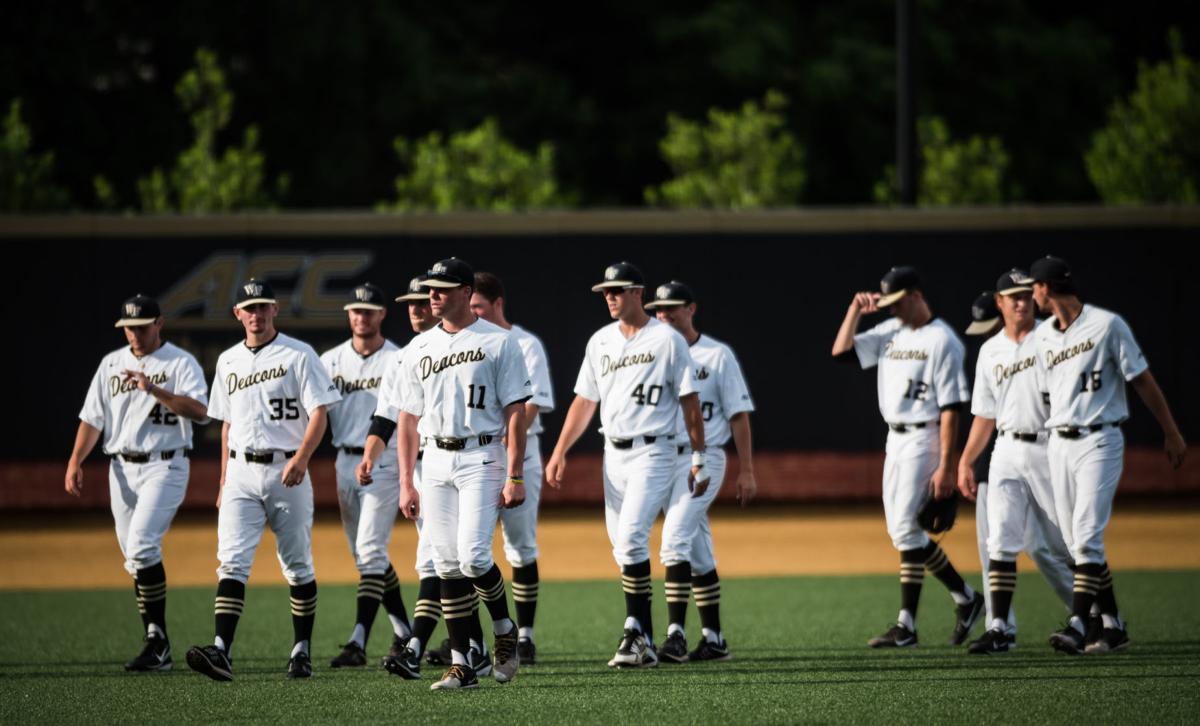 The high cost of tuition at Wake Forest is the main reason the baseball team has just two players from the state of North Carolina. 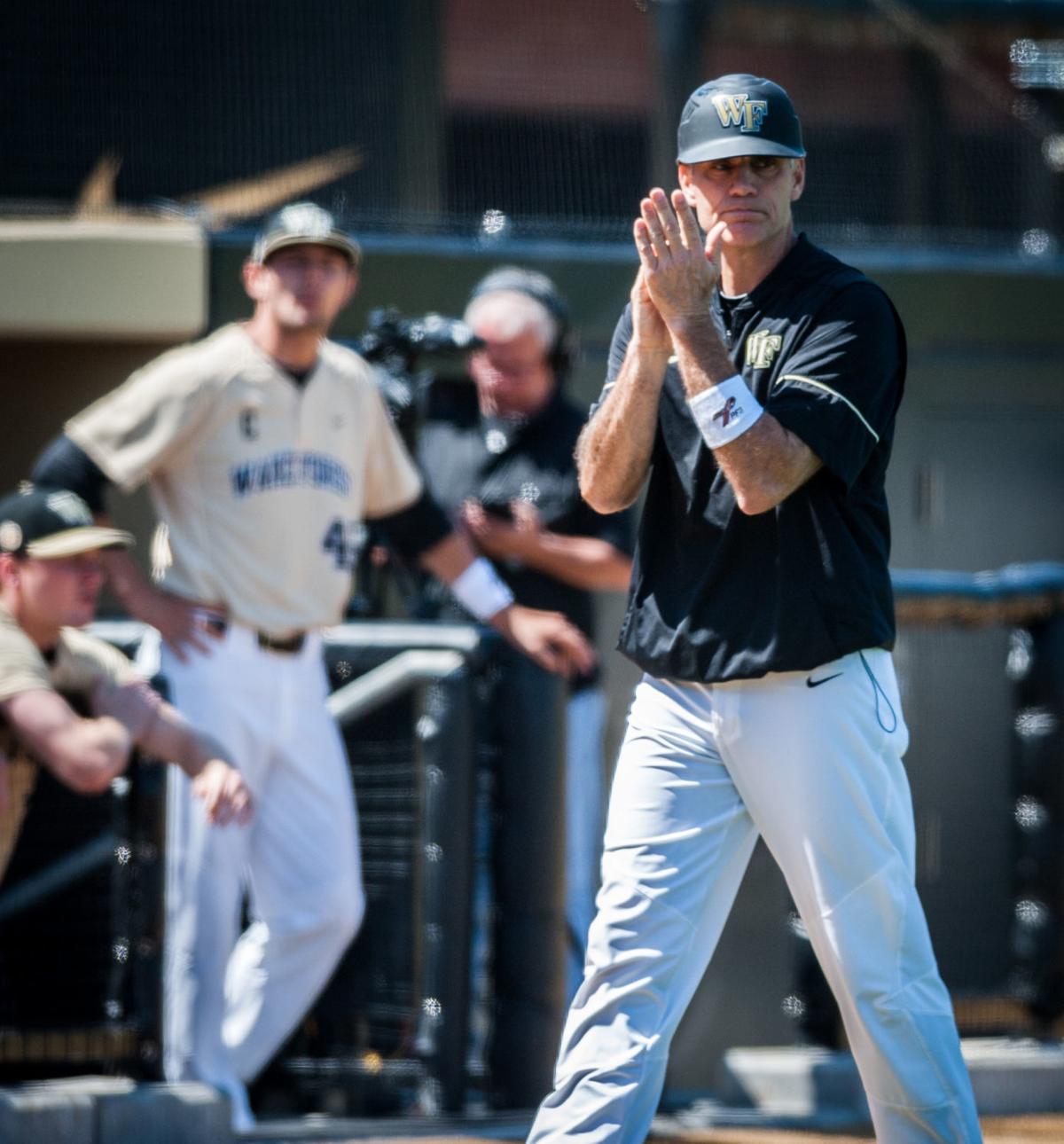 When discussing the high cost of attending Wake Forest compared to other schools in the state and how it relates to recruiting, Coach Tom Walter of Wake Forest said, “Kids are going to have cheaper options. So when you start to make decisions between Carolina and Wake Forest, it’s a similar education at a huge difference.”

The high cost of tuition at Wake Forest is the main reason the baseball team has just two players from the state of North Carolina.

When discussing the high cost of attending Wake Forest compared to other schools in the state and how it relates to recruiting, Coach Tom Walter of Wake Forest said, “Kids are going to have cheaper options. So when you start to make decisions between Carolina and Wake Forest, it’s a similar education at a huge difference.”

Ben Casstevens, a junior pitcher at Wake Forest, becomes something of a tour guide and restaurant connoisseur of Winston-Salem during the summer.

That’s what has to happen for one of two North Carolina natives on the Deacons’ roster.

“I’m usually around in the summer when the freshmen get in for summer school, so I try to show them the best restaurants, try to point them in the right direction as far as where to eat, things like that,” said Casstevens, a Reynolds High School graduate. “Helping guys find places because you don’t think about little things like where to go to the bank, where you get your clothes, stuff like that.”

Wake Forest, with Casstevens and freshman pitcher William Fleming of Asheville, has the fewest in-state products of North Carolina’s 19 Division I baseball programs.

A confluence of factors, chief among them the cost of tuition, is what leads to Wake Forest’s small number of North Carolina natives on its baseball roster.

“For us, it’s a function of cost more than anything,” said Bill Cilento, Wake Forest’s hitting coach and recruiting coordinator. “We’re up there with the most expensive, us and Duke both right there as the most-expensive schools. And baseball being a partial-scholarship sport, you know, with 19 (Division I teams) in the state of North Carolina, you’re not the most-cost effective very often.

“The kids that we do get from North Carolina really do put a premium on education, and, therefore, they’re willing to pay a little bit more.”

Cilento is in his ninth season with the Deacons, the only coach on the staff who has been with Coach Tom Walter for his entire tenure at Wake Forest.

So if Wake Forest has spread its 11.7 scholarships (the allotment for Division I baseball programs) to 27 players (the maximum scholarship players programs can hold), each player would still be responsible for paying roughly $38,000 per year.

“Kids are going to have cheaper options. And again, Wake Forest is a great academic school but it’s not an Ivy League school. So when you start to make decisions between Carolina and Wake Forest, it’s a similar education at a huge difference,” Walter said. “That’s why we typically get into those metropolitan areas … we say $70,000 to most families in North Carolina and it’s like, total sticker-shock.

It might not always be like this for Wake Forest. The Deacons can show off state of the art facilities at David F. Couch Ballpark and last year opened a $14 million player development center that features a pitching laboratory — which has 18 high-speed cameras — and a lounge, training room, equipment room and full kitchen.

“And now that they’ve seen some success, they’ve seen some development, they’ve seen the facility upgrades and the commitment that we’ve made at Wake Forest, it’s opened North Carolina back up,” Cilento said. “I think going forward, you’re going to see more and more from the state stay home and stay in Winston.”

Next season’s roster doesn’t project to have an increase in players from North Carolina, though. Wake Forest has signed 10 players, none of them from this state. Six of them are from the New England area, and contribute to the 23rd-ranked class in the country, the best Walter has assembled at Wake Forest, according to rankings from Perfect Game.

Even when or if Wake Forest does make more inroads to North Carolina-based recruiting, it’s likely to never have a majority of in-state players on the roster. Of the 29 players on Wake Forest’s roster, 16 hail from states that don’t have a single Cook Out location.

So that’s 16 teenagers who arrived in Winston-Salem unaware of the cheap, late-night dining option.

“That’s actually one of the first questions I usually ask is, ‘Is there a Cook Out near you?’ And obviously if they’re from the Northeast there’s not, so Cook Out is definitely a place that I steer them towards,” Casstevens said with a laugh. “I like going with guys to Cook Out for their first time, it’s pretty funny to see their reactions to how much food they can get so cheap, and how good it is.”