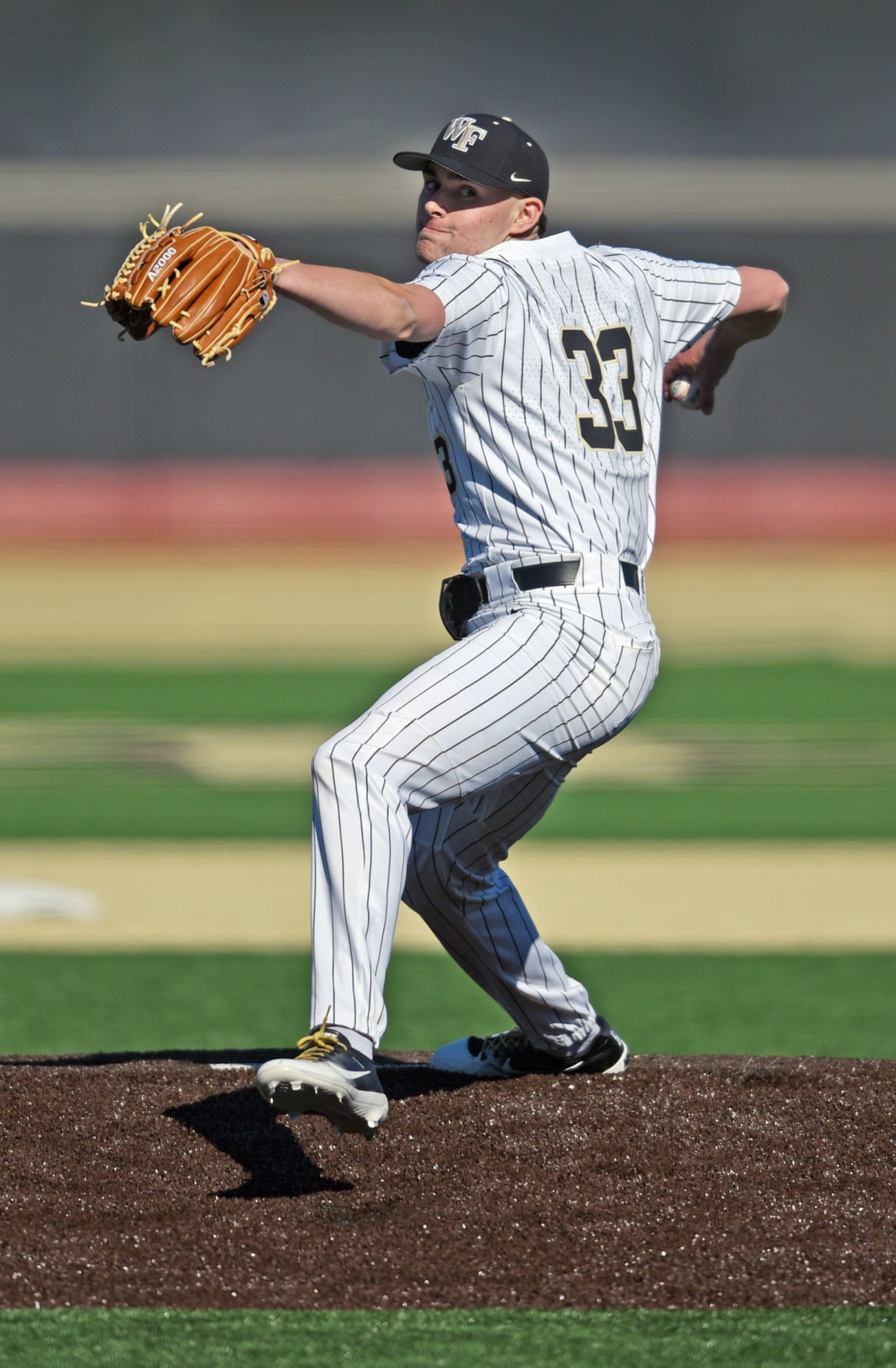 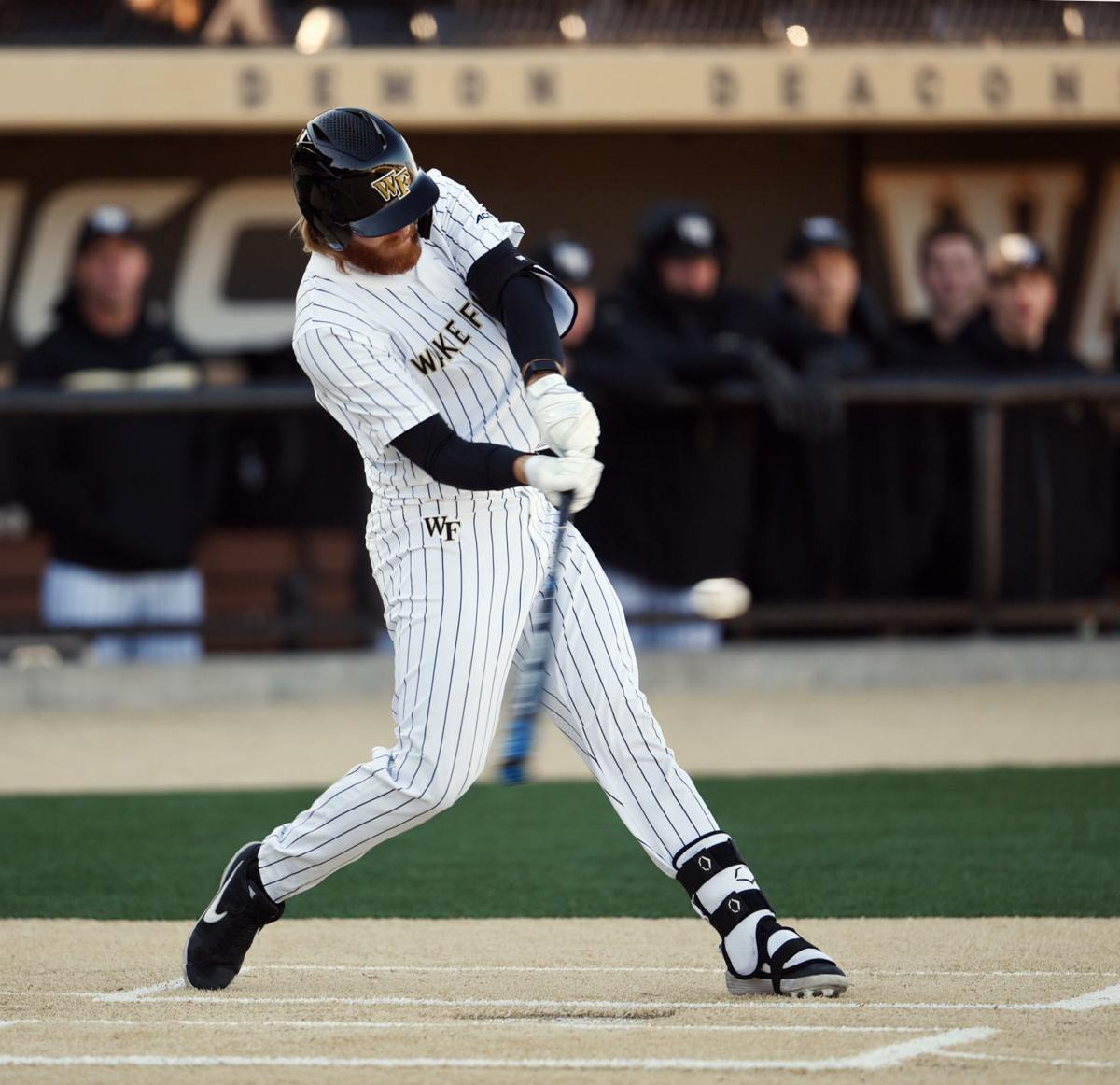 About a week ago at this time, Wake Forest’s baseball team needed to pile up a bunch of wins and Coach Tom Walter released a statement that, in part, said “it’s time to circle the wagons and fight for our season.”

Five wins later, the Deacons enter the ACC portion of their schedule with markedly better energy — while maintaining some disappointment that the first 13 games only netted an 8-5 record.

“There’s been growth, for sure … I like where we’re trending. I think this team, we haven’t really gotten going offensively yet,” Walter said. “We have not swung it well offensively, as a team.”

Now would seemingly be an ideal time for that to happen. Wake Forest enters ACC play with this weekend’s three-game series against Louisville, jumping in against the league’s preseason favorite that’s ranked as high as third in the country (D1Baseball).

Here are three things to watch in this weekend’s series at David F. Couch Ballpark:

The career honors list is a long one for Louisville’s Reid Detmers. The junior left-hander was the ACC pitcher of the year last year, going 13-4 with a 2.78 ERA, and was an All-America selection for six publications.

That’s who Louisville will start on the mound tonight, and Wake Forest will counter with a sophomore it feels is ready for this type of game.

Ryan Cusick has 32 strikeouts in 17 1/3 innings this season and Walter, who’s in his 11th season at Wake Forest, has said Cusick might have the “best stuff” he’s seen in his tenure.

More importantly, though, Walter sees the 6-foot-6, 225-pounder entering this marquee matchup with the right mentality.

“He wants the ball, I have no doubt he wants to be the guy out there (tonight) and prove to everybody he’s just as good as Reid Detmers,” Walter said. “You know, Reid is probably the preseason, first-team All-America pick and a potential pitcher of the year candidate and I know Ryan wants to go out there and out-pitch him.

“I kinda like Ryan’s mentality for that type of a matchup.”

For all of the returning offensive talent Wake Forest boasted entering the season, it’s newcomer William Simoneit who leads the Deacons with a .444 average.

The grad transfer from Cornell was a career .306 hitter for the Big Red and has found a groove near the bottom of the Deacons’ lineup.

It’s helped to be playing somewhere other than Ithaca, N.Y.

“I feel like I’m able to find my routine of being able to hit every day and hit multiple times a day, if I choose,” Simoneit said. “Have these facilities to go in the batting cages.

“Last year, for example, the first time we were able to play outside was when we went to Baylor to play our first game. We hadn’t been able to get outside once.”

Not all that bad and not at all where the Deacons think they should be.

Freshman Adam Cecere had a breakout week — four home runs, 10 RBIs — and Walter said he’s likely to get one start, maybe two, this weekend. Cecere hit a pinch-hit grand slam against Appalachian State and had a combined three homers in a doubleheader against Brown.