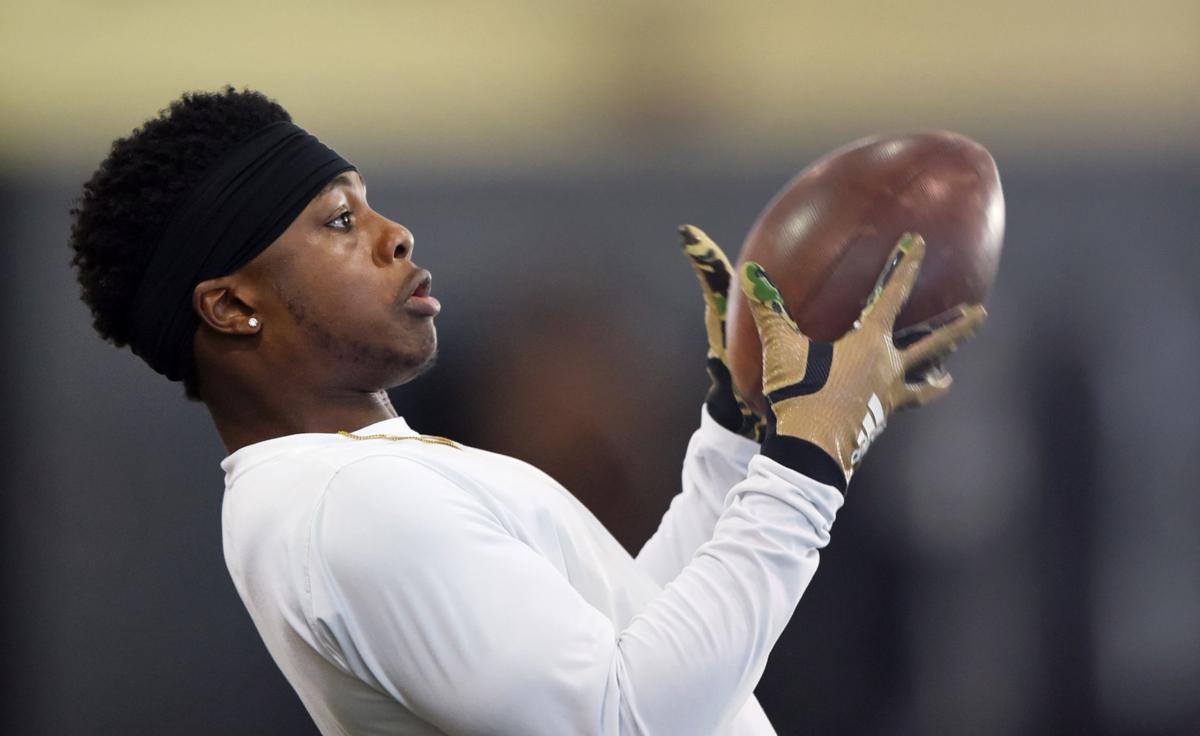 Former Wake Forest receiver Greg Dortch signed with the New York Jets as an undrafted free agent this past weekend. 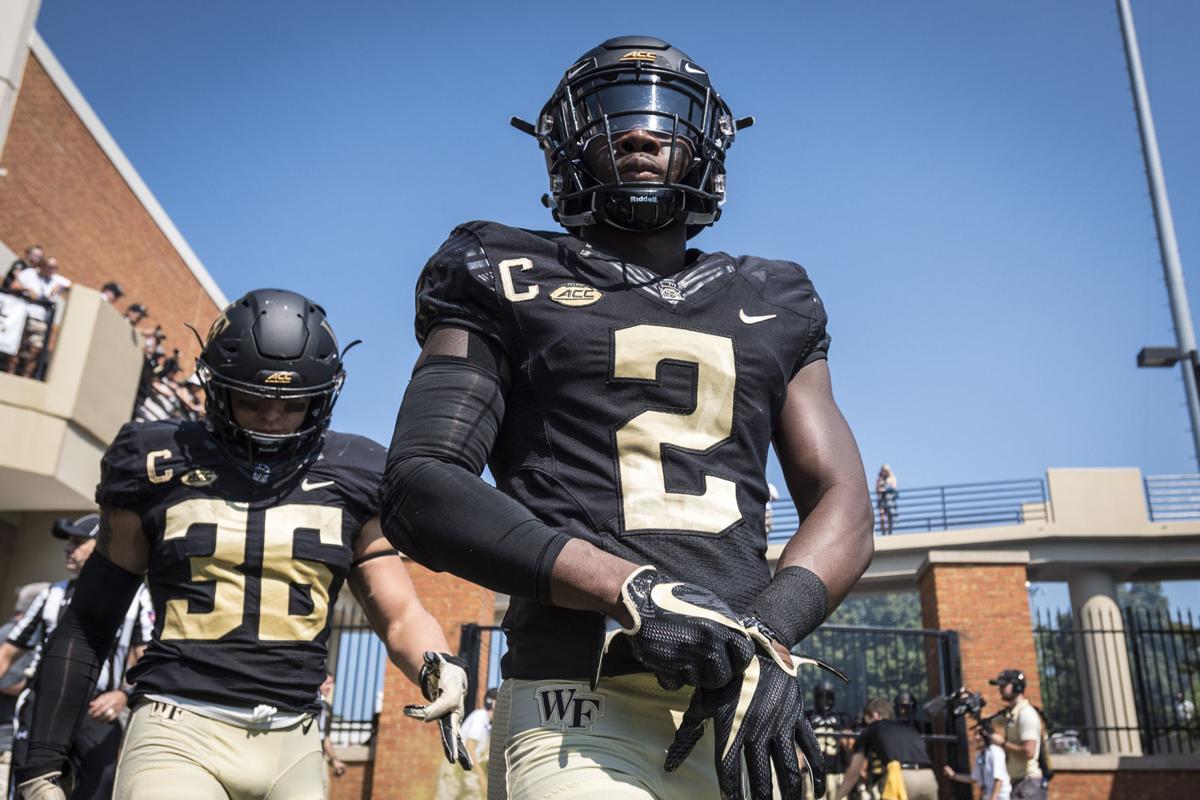 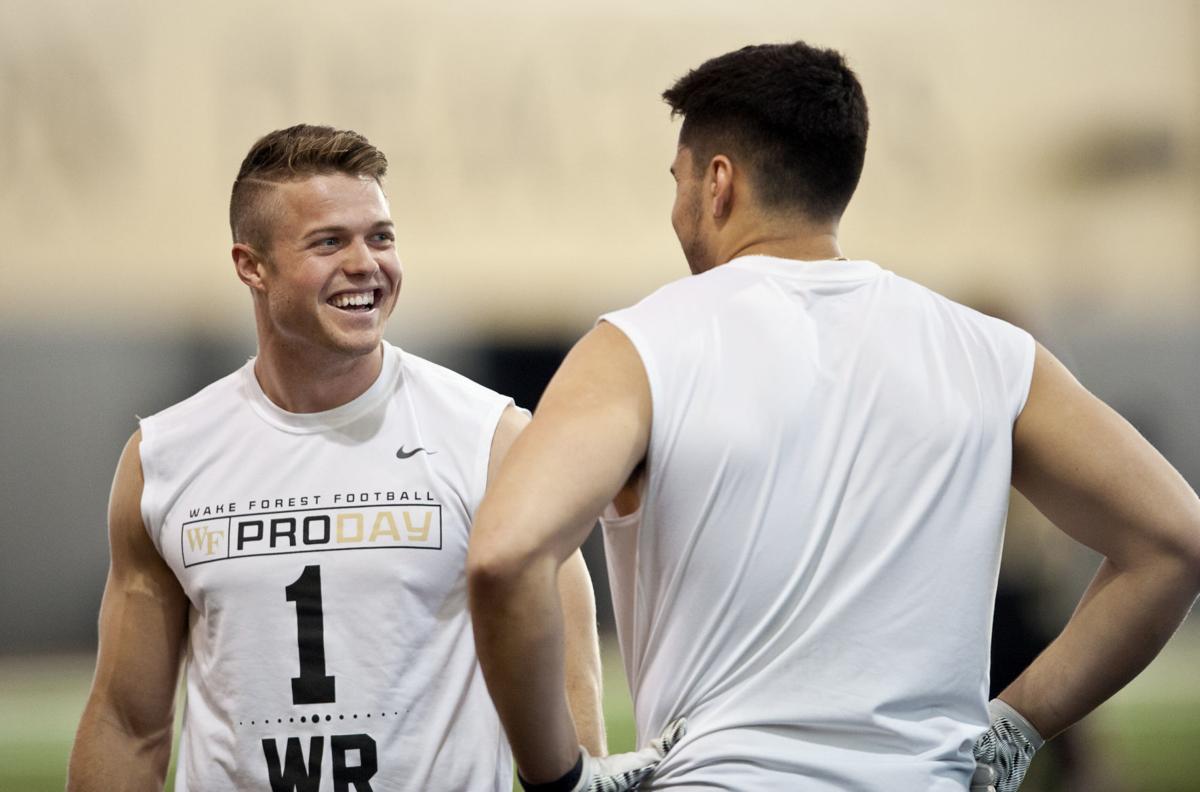 Former Wake Forest receiver Greg Dortch signed with the New York Jets as an undrafted free agent this past weekend.

Offensive lineman Ryan Anderson had two goals for this past weekend.

Of course, Anderson wanted to be selected in the NFL Draft. If not, though, he wanted to make sure he was locked into where he would be signing as an undrafted free agent.

“I was hoping one of those late-round picks, I would get. When I didn’t, I was like, ‘Oh well,’” said Anderson, who signed with the Miami Dolphins after starting 42 games in his Wake Forest career. “But I was keeping myself really busy (during the draft) because it’s like every two minutes there’s a new pick, and I was making sure it wasn’t a lineman and if it was a lineman, where they were going to.”

Other offensive players to sign as undrafted free agents were receiver Alex Bachman and running back Matt Colburn, both with the Los Angeles Rams, and receiver Greg Dortch, who was picked up by the New York Jets. Dortch left after his redshirt sophomore season.

On the defensive side of the ball, safety Cameron Glenn signed with the San Francisco 49ers and defensive tackle Willie Yarbary was picked up by the Atlanta Falcons. Defensive end Chris Calhoun received an invite to rookie mini-camp with the Arizona Cardinals on Monday.

Bachman and Colburn were signed by the same team that grabbed former Deacons quarterback John Wolford after his successful run in the unsuccessful Alliance of American Football.

“I knew with the connections I had at the Rams, and then also with John being there, that talking to my agent, that was the best fit,” Bachman said.

Dortch, the electric slot receiver and returner, led Wake Forest with 89 catches for 1,078 yards this season and earned All-America nods from multiple publications. He was the only early entrant into the draft from Wake Forest, leaving after his redshirt sophomore season. In only two seasons, Dortch left the Deacons tied for ninth with 142 career catches.

Glenn had 98 tackles in each of the past two seasons, in which he started 25 of 26 games. He seemed to play the best football of his Deacons career in the second half of his final season, totaling 69 tackles, 2½ sacks, six tackles for loss and three passes broken-up in the final seven games.

Yarbary led the Deacons with 5½ sacks and tied for the team lead with 11 tackles for loss. He became a pivotal player on the defensive line because of his ability to play both tackle and end positions. Calhoun had 38 tackles and four tackles for loss.

Offensive lineman Phil Haynes was the only player from Wake Forest who was drafted, with the Seattle Seahawks picking him in the fourth round, 124th overall.