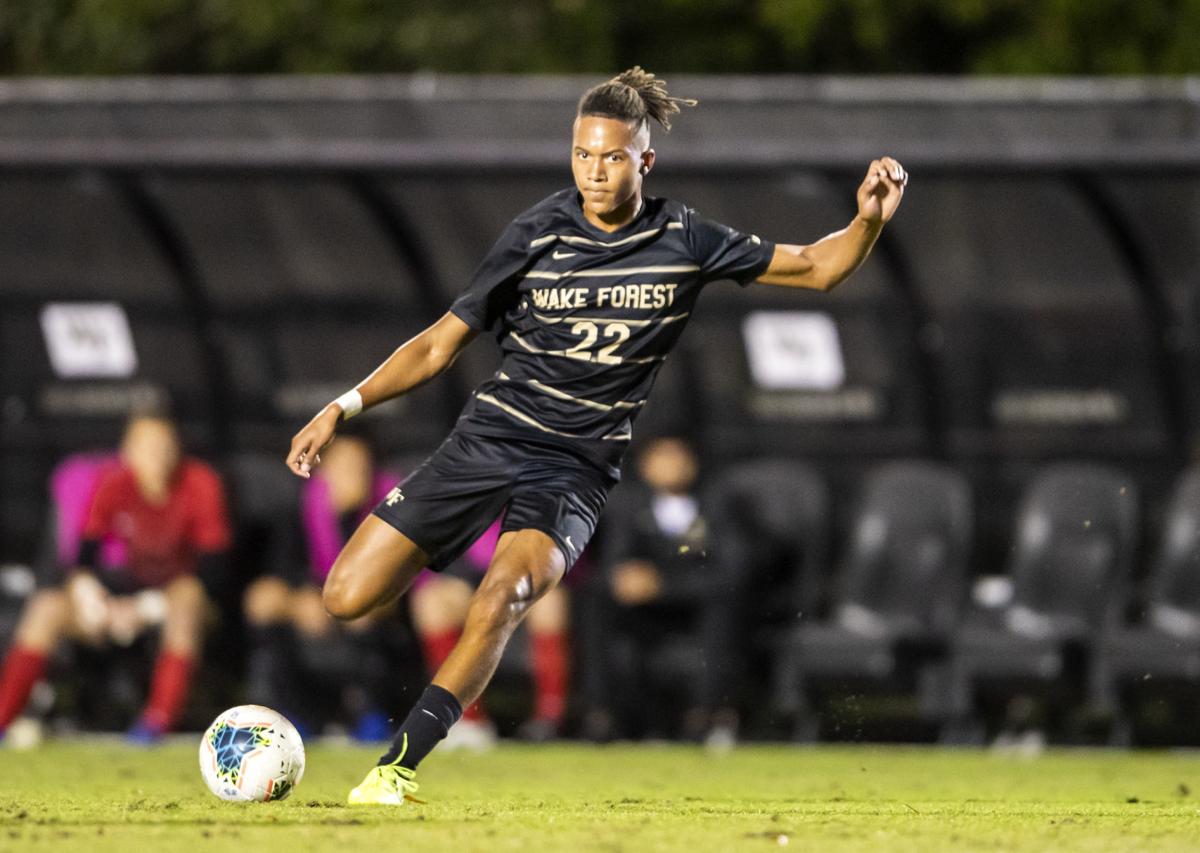 Freshman Calvin Harris is second on the team in scoring with six goals and three assists for Wake Forest. 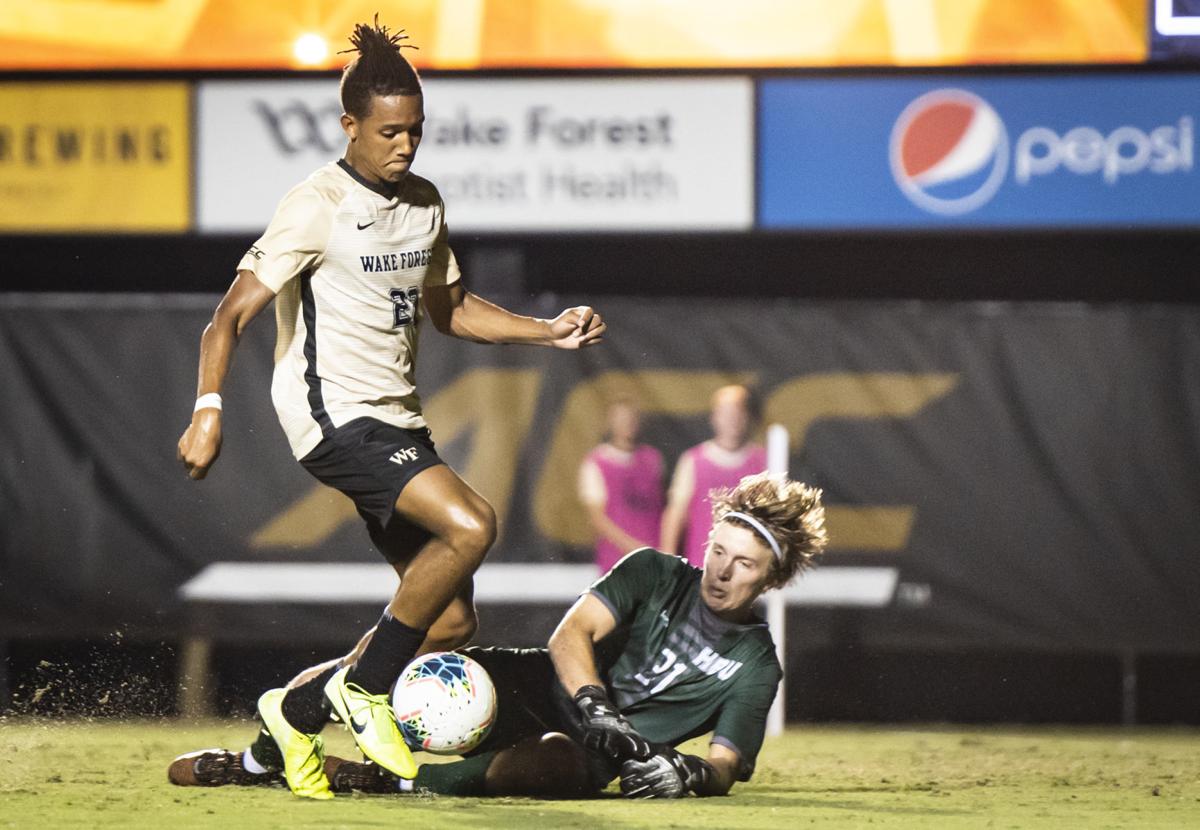 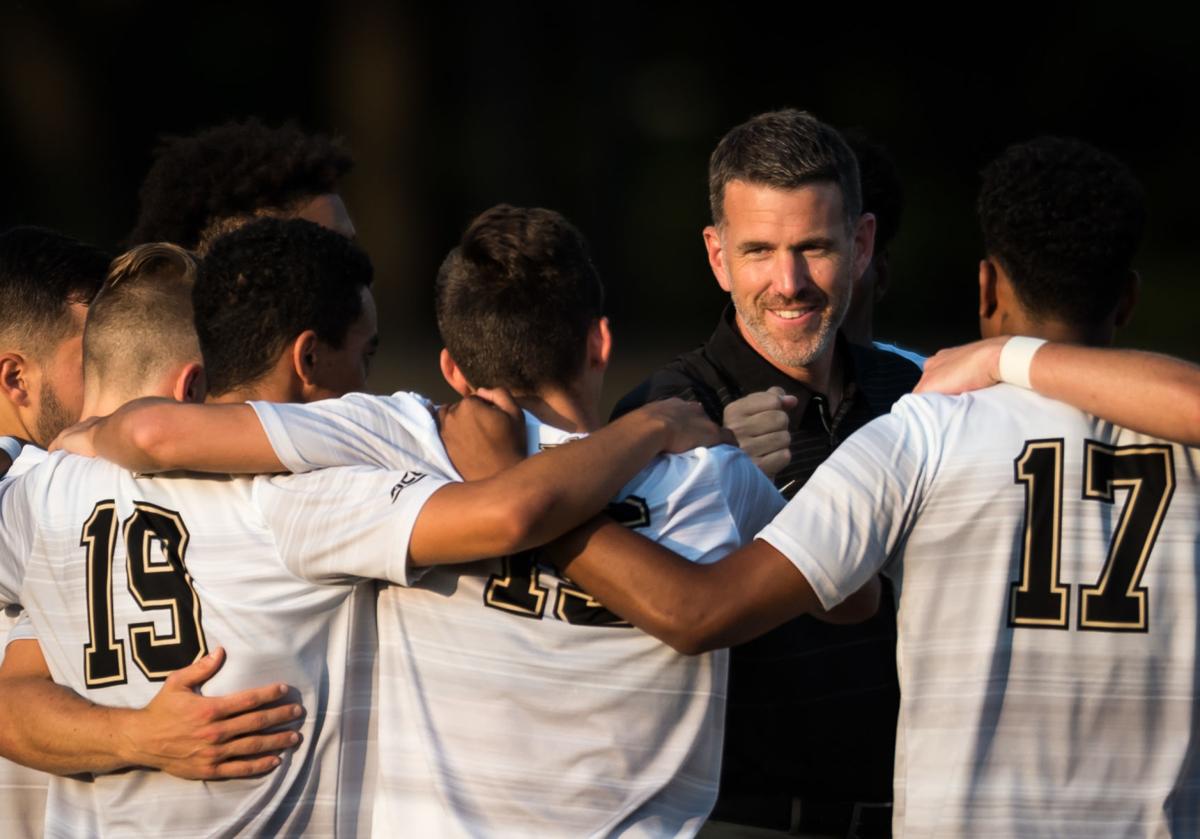 Coach Bobby Muuss of Wake Forest is in the quarterfinals for the third time in five seasons.

Freshman Calvin Harris is second on the team in scoring with six goals and three assists for Wake Forest.

Coach Bobby Muuss of Wake Forest is in the quarterfinals for the third time in five seasons.

Freshman Calvin Harris of Wake Forest refuses to yield to the wall.

Now that the ninth-ranked Deacons are deep into the NCAA Tournament, there’s supposed to be a time where Harris stalls out because of the grind of his first college soccer season. Harris doesn’t buy into that notion that he should be tired from so many minutes.

“It’s tough because we play a lot of games in a short amount of time,” Harris said, "but we have the ice baths, the great training facility and the nutrition we maintain all helps. You just have to work through it all.”

It’s a good thing for the Deacons that Harris has worked his way through because he’s a valuable member of the attacking offense. The Deacons are one win away from the College Cup and will take on UC Santa Barbara on Saturday at Spry Stadium in the quarterfinals.

It’s partly because of Harris and his fellow freshmen class that the Deacons are one of eight programs still standing in the tournament. The way they've blended with the veterans has been a key to the season.

Coach Bobby Muuss, who is in his fifth season, loves how all the freshmen have integrated themselves into the team-first mentality. Harris, who has logged more than 1,200 minutes this season in 21 games, is from Midddlesbrough, England, and was one of the highly regarded freshmen coming into the ACC.

He’s been as good as advertised with six goals and three assists.

Muuss had to chuckle when reminded of a phone call he received in late July when the team began practicing. Senior Alistair Johnston, a team captain, called Muuss to talk about the freshmen class.

“This has been a low-maintenance group of freshmen,” Muuss said. “When (Johnston) called me he said we’ve got a problem with this freshmen class. They are too nice and they do whatever we ask of them. They are always thankful, so they are at a different level of humility.”

Harris along with fellow freshmen David Wrona, Omar Hernandez and Nico Benalcazar have been solid all season.

Muuss loves the way Harris has embraced his role. He enrolled at Wake Forest a semester early in January and is handling all that has been asked.

“He’s been great,” Muuss said about Harris. “When we need him the most Calvin has been there. The one thing I’m proud about with Calvin is he can always get more pressure on the ball. But the way he’s down pressing and tracking more he realizes this helps the team and he sees that.”

With injuries to key players such as Justin McMaster and Aristotle Zarris, attackers on offense who are out for the season, Harris hasn’t minded the extra load. He had four shots in a 3-1 win over Michigan on Sunday.

“There’s pressure for players to step up but everyone knows you have to have confidence in games,” Harris said about the Deacons' rash of injuries.

For the most part during Muuss’ five seasons there haven’t been too many games missed because of injuries until this season. He estimated that more than 80 games were lost to players out with injuries or illness. Midfielder Joey DeZart missed the Michigan game with an illness but he is expected back.

Muuss, however, also says that because the Deacons are such a close-knit team seeing the reserves get to play more minutes gets everybody excited.

"I think you are seeing all the hard work we’ve put in together,” said Muuss, who has the Deacons in the quarterfinals for the fourth time in five seasons.

Muuss has won 88 games in his five seasons at Wake Forest, the most of any school during that time. They are 15-4-2 this season and can get to the College Cup for the second time since Muuss took over before the 2015 season.

Harris says the Deacons feed off each other in practice and that’s what makes them so dangerous.

“We are confident because we train together every single day,” Harris said.

If the Deacons can win on Saturday they won’t have to travel far for the College Cup, which is being held next week in Cary at WakeMed Soccer Park.

The same formula that Muuss has turned to all season will be on display on Saturday.

“It’s all about our collectiveness,” Muuss said. “The guys have been great all season long in training and being ready for games. We're excited to be still playing.”

Notes: Senior Bruno Lapa of Wake Forest is one of 15 semifinals for the Hermann Trophy Award given to the best player in Division I soccer. Lapa is a semifinalist for the second straight year. He leads the Deacons in scoring with nine goals and three assists…. The last time the Deacons played host to a quarterfinal game was in 2017 when 4,628 came out to Spry Stadium. The Deacons lost to Stanford, the eventual national champions, 2-0…. Coach Bobby Muuss is 11-4 in NCAA Tournament games over his five seasons at Wake Forest…. UC Santa Barbara comes into Spry Stadium on a roll after beating fifth-ranked Indiana on the road 1-0 in overtime. Senior Will Baynham scored his 10th goal of the season for the game-winner.…. Wake Forest is one of three ACC schools in the quarterfinals. Clemson takes on Stanford in one quarterfinal, and Virginia will play SMU. The College Cup semifinals in Cary will be Dec. 13 with the championship match at 6 p.m. Dec. 15.

How to watch: ACC Network Extra.

Up next: Winner will face the winner of No. 8 SMU-No. 1 Virginia winner in a College Cup semifinal on Dec. 13 at WakeMed Soccer Park, Cary.