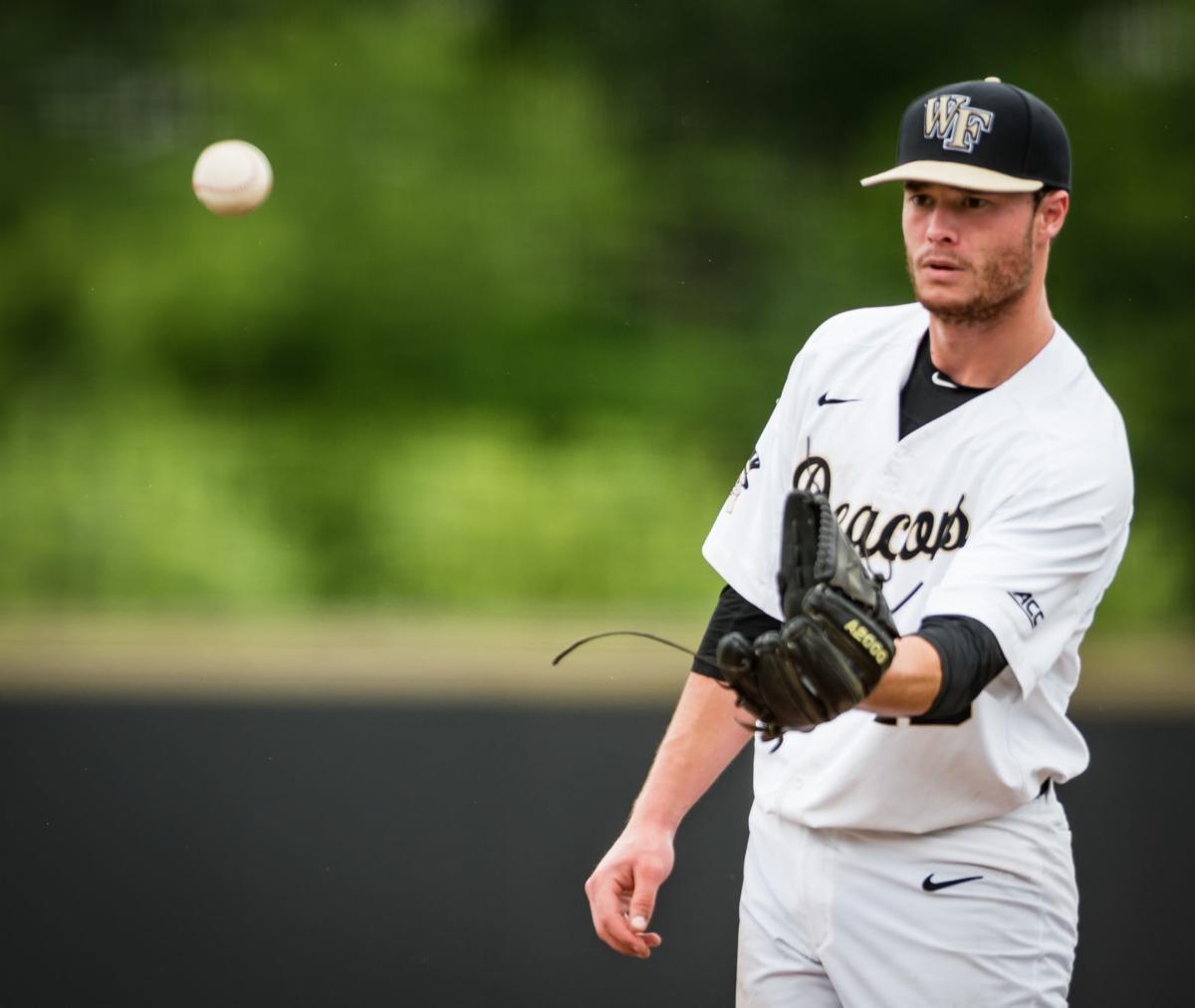 Griffin Roberts, here pitching against Virginia last season, is ready to retake the mound after serving a 50-game suspension to start his first full season in the St. Louis Cardinals organization. 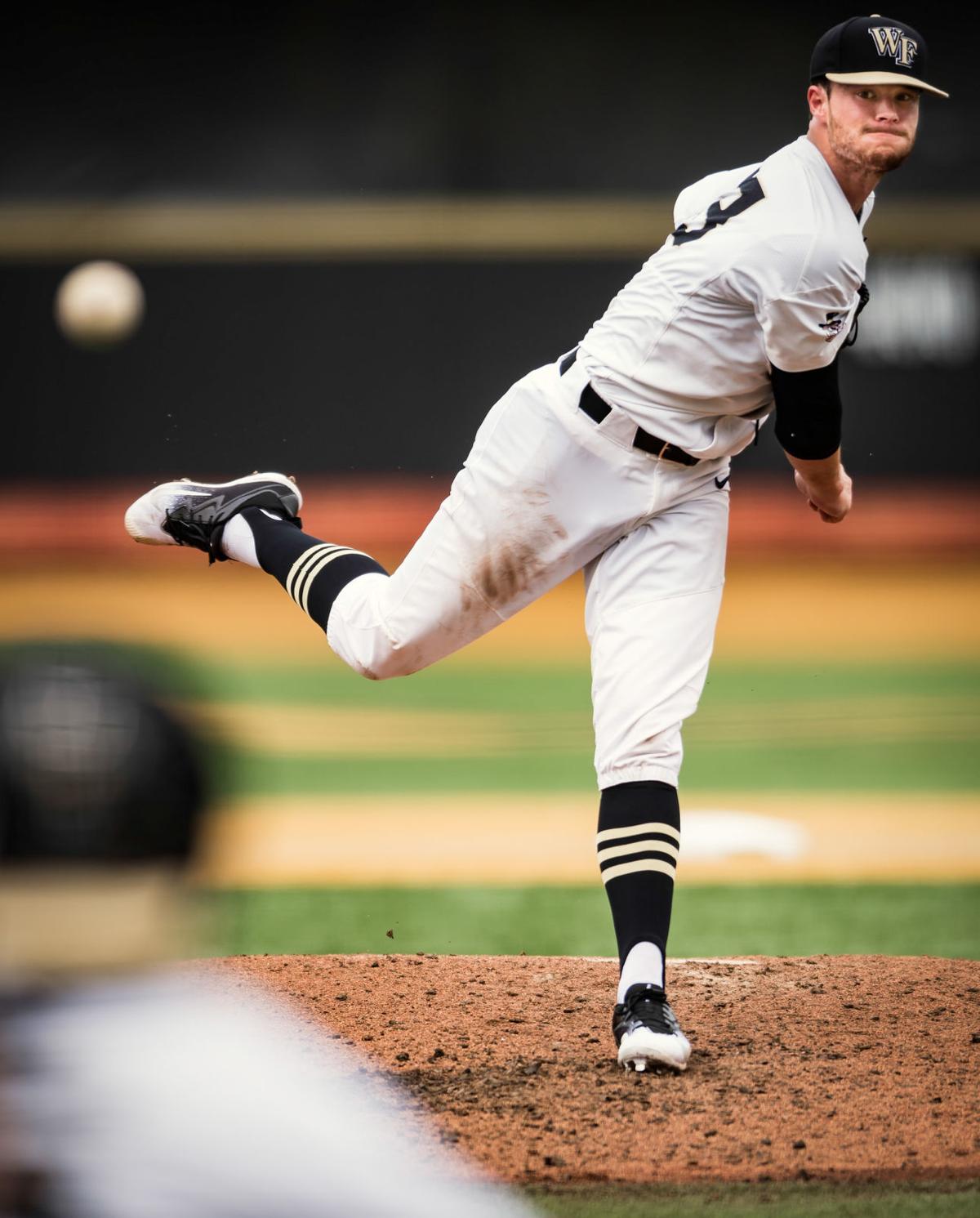 Former Wake Forest pitcher Griffin Roberts throws a pitch against Virginia in what was his final game at David F. Couch Ballpark.

Griffin Roberts, here pitching against Virginia last season, is ready to retake the mound after serving a 50-game suspension to start his first full season in the St. Louis Cardinals organization.

Former Wake Forest pitcher Griffin Roberts throws a pitch against Virginia in what was his final game at David F. Couch Ballpark.

The best two innings of Griffin Roberts’ fledgling professional career were his last two, when the former Wake Forest pitcher appeared for the Palm Beach Cardinals of the Florida State League in September.

They also remain the last time Roberts pitched in anything more significant than what feels like “glorified scrimmage(s).”

Roberts has been in a purgatory of his own making after violating the Minor League Drug Prevention and Treatment Program, resulting in a 50-game suspension that ended when the Palm Beach team played its 50th game on Tuesday night. He’s been in extended spring training in Jupiter, Fla., since March 4.

“I put myself in this position, obviously, so for me it was just like — for these three months I’m going to be here, I need to do my best to get better and get something out of it,” Roberts said Tuesday in a phone interview. “There’s obviously not much adrenaline and not much on my shoulders for these extended games. It feels more like a glorified scrimmage for me.

“So for me, it’s been finding that drive to make it mean something to me, taking my throwing program seriously every day. At the end of the day, kind of the stuff you take for granted, making the point to take it seriously.”

Roberts, 22, from Midlothian, Va., was the 43rd overall pick in last June’s draft and signed for a bonus of $1,664,200, foregoing his senior season at Wake Forest. Roberts pitched in seven games for the rookie-level Gulf Coast League affiliate of the Cardinals, and then was called up for two appearances with Palm Beach, the High-A affiliate, in which he threw a scoreless inning each time.

Those appearances are the difference between Roberts being reinstated this week vs. Roberts having to wait until late August to be reinstated — if at all in 2019.

“If I didn’t get the promotion last year to the full-season roster, I would’ve had to operate with my suspension on the short-season roster, which would have essentially meant that … I would have lost an entire season,” Roberts said.

The suspension was announced in mid-December, although the failed test — Roberts’ second violation — occurred in November.

Roberts confirmed the drug that he tested positive for was cannabis — more commonly known as marijuana — and made an apology via Twitter.

“I’d like to apologize to the St. Louis Cardinals organization and fans for violating MiLB’s drug testing policy for cannabis. I’ve taken full responsibility for my lack of compliance and have accepted my 50 game suspension,” Roberts said on Twitter in December. “My focus now is to get back on the field and compete.”

Failing the test twice in the first six months of his career is something Roberts chalks up to immaturity — and adds that he’s grateful to the Cardinals for sticking with him (he’s ranked as the organization’s 12th-best prospect, per mlb.com).

“Just being stupid, you know? Not taking the opportunity to be an adult and realizing what I was doing was going to affect my career,” Roberts said. “Spending three months in extended spring training and feeling like, ‘This is not where you’re supposed to be,’ for me it’s knowing that I’m not supposed to be here, was definitely a learning experience.

“Kinda opened your eyes to the fact that if you take your career for granted, then you’re going to put yourself in a position that you don’t want to be in. The Cardinals really went out on a limb and stuck with me. A lot of guys that get suspended in their first off-season, they wouldn’t be as lenient with them and give them the opportunity.”

In his final college season, Roberts was 5-4 with a 3.82 ERA and an ACC-leading 130 strikeouts in 96⅔ innings for the Deacons — taking over as the Friday-night starter after excelling as a closer during Wake Forest’s run to the super regional round of the NCAA Tournament in 2017.

Roberts went from starting for the Deacons to coming out of the bullpen when he joined the Cardinals, and now he’s going back to starting. He’s slated to be reinstated today, but said he won’t make his season debut until this weekend or early next week.

It’s unclear where Roberts will make that start, though it seems a return to Palm Beach is likely.

Whenever and wherever, Roberts will take the mound with gratitude for the Cardinals and with a renewed perspective on his career.

“My hat’s off to them for trusting me to get back on the straight and narrow and take advantage of my time here, which I think I’ve done,” Roberts said. “The guys that I played with last year aren’t necessarily the guys that I’m with right now, so it’s like the relationships I built last year weren’t the guys I got to hang out with this year.

“But like I said before, I did it to myself. Can’t blame anybody but myself.”