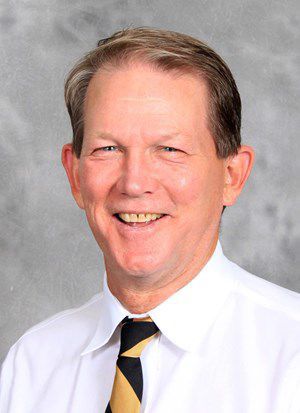 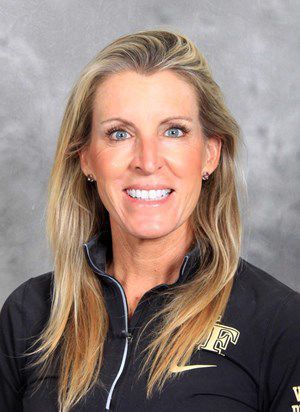 In the spring is when college golf hits its busy season with the postseason, but the fall is very important as teams can compete in as many as five tournaments.

Coach Jerry Haas of the men’s team had one victory and three other top-five finishes in tournaments this fall. The Deacons ended the fall season ranked ninth by Golfstat.com.

Earlier this month Haas, who in his 23rd season coaching at his alma mater, announced the signing of Michael Brennan, B.J. Rogillio and Clay Stirsman to national letters of intent to join the program in the fall of 2020.

“We are so excited about the future of Michael, B.J. and Clay, as they will wear the black and gold and continue the excellence that is being set by our current student-athletes,” Haas said.

“It is a wonderful time to be a Wake Forest golfer as the facilities have improved throughout the years thanks to the generous donations of many. These three golfers will be proud Demon Deacons and will continue to carry on the legacy and tradition that is Wake Forest golf.”

Brennan, from Leesburg, Va., is the first golfer in the 113-year history of the Middle Atlantic Amateur Championship to win it three consecutive years in 2017, ’18 and ’19.

He won this year’s Virginia Men’s State Amateur Champion and played in the U.S. Amateur. He’s currently ranked No. 4 in the Golfweek junior rankings.

Rogillio, from Baton Rouge, La., is one of the top juniors in Louisiana. He won the 2018 Louisiana State Junior Championship and qualified for the 2019 U.S. Junior Amateur Championship.

Stirsman, from Carmel, Ind., is a two-time Indiana state champion and won the 2018 Boys Indiana Junior PGA Championship. Stirsman had six top-20 finishes at AJGA tournaments this past season.

Coach Kim Lewellen, who was coach of the year in the ACC in her first season with the Deacons, picked up right where they left off this fall.

The Deacons, who are ranked fourth by Golfstat after the fall season, signed two golfers in Mimi Rhodes and Caroline Smith for next season.

“I am thrilled to have Mimi and Caroline join our Deacon community,” Lewellen said. “They embody the characteristics of Wake Forest University, showing excellence on and off the golf course.

Both Mimi and Caroline have strong competitive resumes and enthusiastic personalities that are contagious.”

Smith comes to Wake Forest from Illinois, where she is the top-ranked junior player in the state. She has eight career top-10 AJGA finishes, and has qualified for the U.S. Girls Junior Championships twice.

In the fall, the Deacons won three out of five tournaments.

Their most impressive win was in Atlanta winning the East Lake Cup, a match-play format similar to the NCAA championship.

“I can’t wait to see what the spring brings,” Lewellen said after the win in Atlanta.