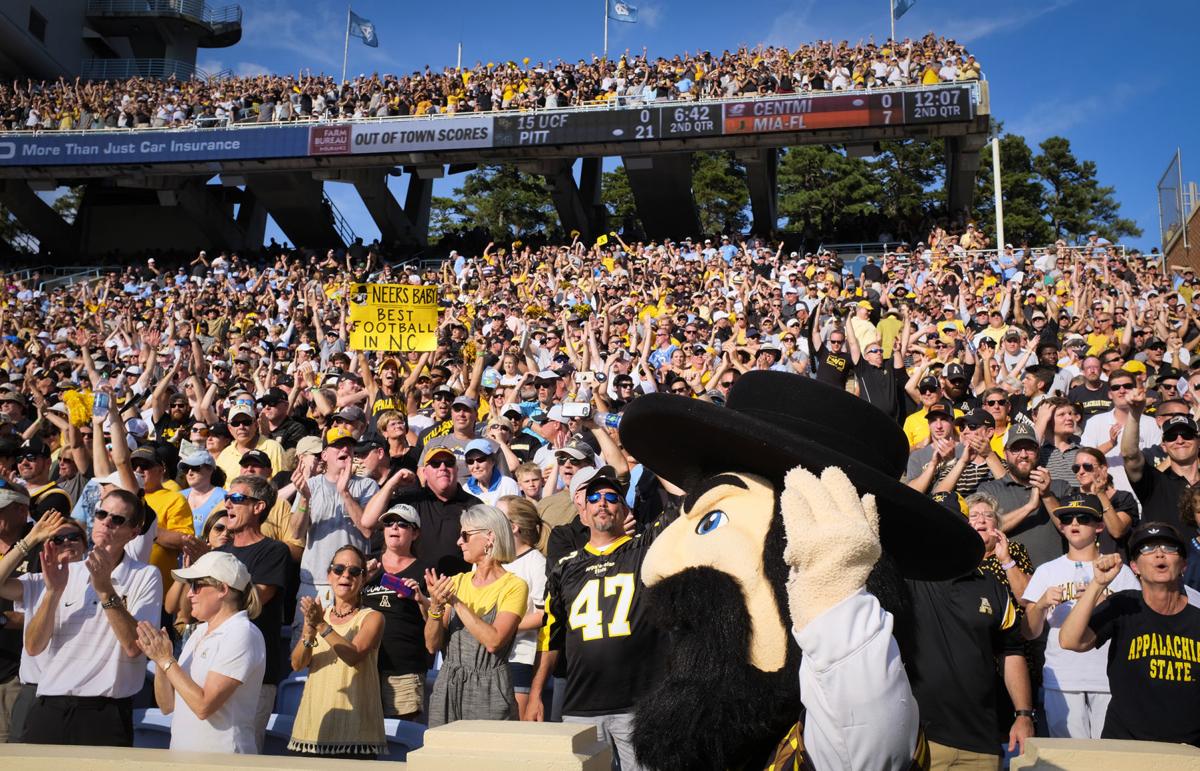 Appalachian State fans cheer on the Mountaineers on Saturday, Sep. 21, 2019 in Chapel Hill. 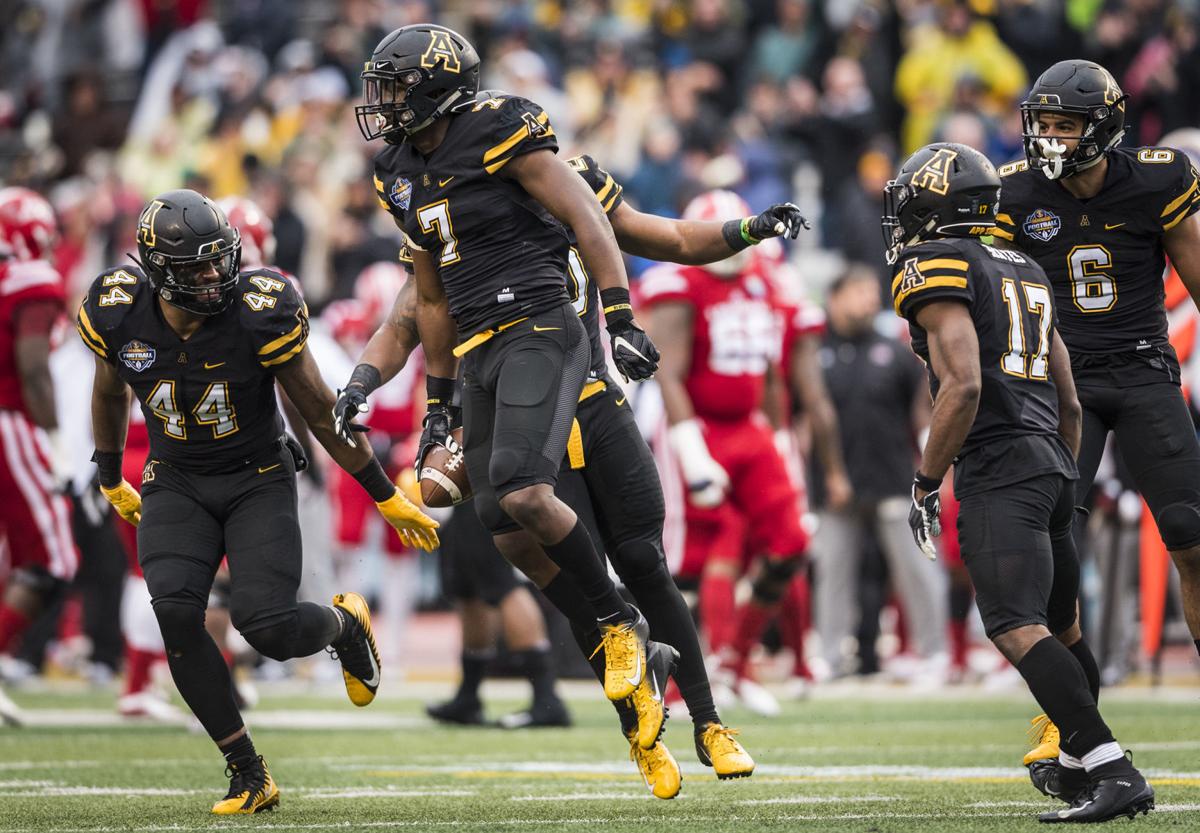 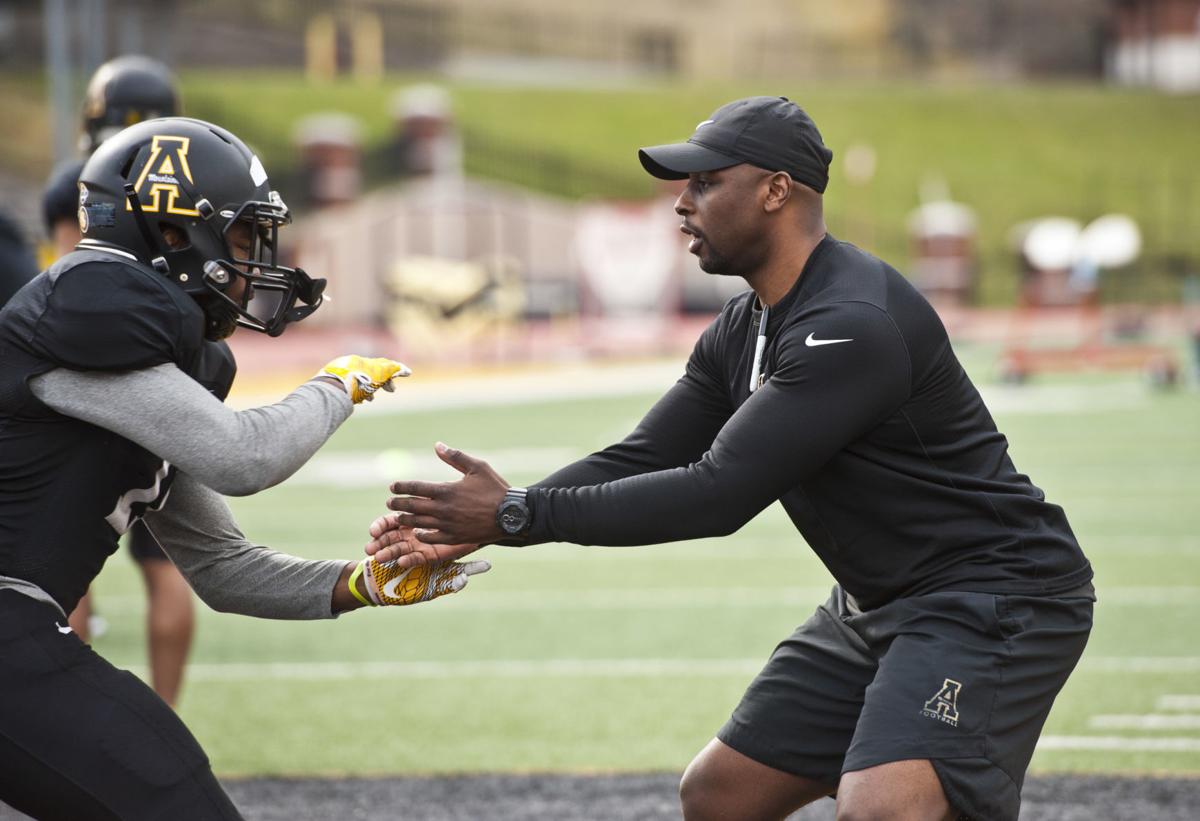 Appalachian State fans cheer on the Mountaineers on Saturday, Sep. 21, 2019 in Chapel Hill.

It’s something many college programs around the nation say, in one form or another, about maintaining focus. But for the Mountaineers, the expression reared its head after the excitement that followed a 34-31 win against North Carolina.

Since then, it’s been about the “1-0 mentality.” That’s been the company line for everyone around App State this week as the team started preparation for Coastal Carolina on Saturday. For example, here’s Baer Hunter, Appalachian’s starting right guard, after Wednesday’s practice.

“It’s always great to have a good win, but we always want to make sure we have a 1-0 mentality every week,” Hunter said. “We try to focus on the next team.

“We have a 24-hour rule, so that no matter who we play, whatever the outcome is, we make sure we stop thinking about that team on Monday. We made sure the focus is great for Coastal this week.”

The idea is fairly straightforward, but it comes with nuances that have kept the program on a steady push forward. And it takes someone like Josh Thomas, a senior starter at safety, to describe the full effect.

At the base level, a 1-0 mentality is a way of saying don’t get ahead of yourself. The Mountaineers are 3-0, and they are already getting national attention as a handful of Group-of-Five teams that could battle for a New Year’s Six bowl berth. App is coming off its first win over a Power-Five program since 2007.

There’s no time to consider any of that, Thomas said. It’s as simple as that.

“Coach Drink (Eli Drinkwitz) talks about a lot is staying in the moment,” Thomas said. “Be here. Be where we at right now. Be where your feet are. Just keep doing the things that got you here. Don’t forget about the work.

“That’s what we’ve tried to reiterate to the team and I think the guys have done a good job of that.”

But Thomas has seen that build into a routine since he joined the football program as a true freshman for the 2015 season. He played in all 13 games for an App State team that went 11-2, appeared in and won the first bowl game in school history, learned alongside defensive players like Doug Middleton and Ronald Blair, two guys that went on to the NFL.

That team had its triumphs for sure, Thomas said, but it still had to learn how to navigate the Sun Belt, as well as what it took to win on a consistent basis. He points to a 40-27 loss against Arkansas State that season. That defeat ended a six-game winning streak and brought a sour end note to a 14-day stretch where the Mountaineers played three games.

“It was kind of different because those guys were good, but they had never gotten to that level so it was all new for everybody back then,” Thomas said. “Just going through it together, it just showed me what to do and what not to do.”

Thomas thought about that again last season, when App State lost to Georgia Southern, 34-14, the game after earning the school’s first AP Top 25 ranking. A handful of Mountaineers said the week after the game that they got a little swept up by the national attention. It was another lesson and reminder, Thomas said, about keeping focus.

At his Monday morning press conference, Drinkwitz fielded a question about fearing letdown after an emotional win. His answer was a firm no.

“Human tendency is to sit there and pat yourself on the back. It’s my job, and the coaching staff’s job, it’s the leaders on this football team’s job to put last week behind us,” Drinkwitz said. “And we’ll sit down, we’ll have a heck of a blowout banquet at the end of the year and we’ll all tell war stories from the UNC game and all that bull crud, but right now we’re focused on this game, this moment in this moment in time, and that’s trying to be 1-0.”

D.J. Smith knows the practice well. The Mountaineers outside linebackers coach became a starter at App State during his freshman year in 2007, when Appalachian registered its first win against a Power-5 school (though that label didn’t exist at the time). App State shocked the world, appeared on the cover of Sports Illustrated and became the first FCS program to receive votes in the AP poll.

But the next week, App State had to brush the attention off and move on with its season. The team went on to win its third straight I-AA national championship. The UNC victory doesn’t register nearly what the Michigan win did, but the 2019 team has to have the same mindset.

“More people are gunning for you,” Smith said. “You’ve got the bull’s-eye on your back so it’s always got to be a next-play mentality, a next-game mentality, because you’re only as good as your next play anyway.”

Thomas and teammates enjoyed their 24 hours of celebration then got back to work. He mutes all the Twitter accounts associated with App State so he doesn’t see much as he scrolls on his phone. The Mountaineers have things to accomplish, one week at a time. All of that starts by preparing well for CCU.

“It’s a conference game, and it’s everything.” Thomas said. “That’s all we talk about: winning conference, and this is the first step.

“I feel like the guys know that, and we had a good practice today, and I feel like everybody’s locked in.”