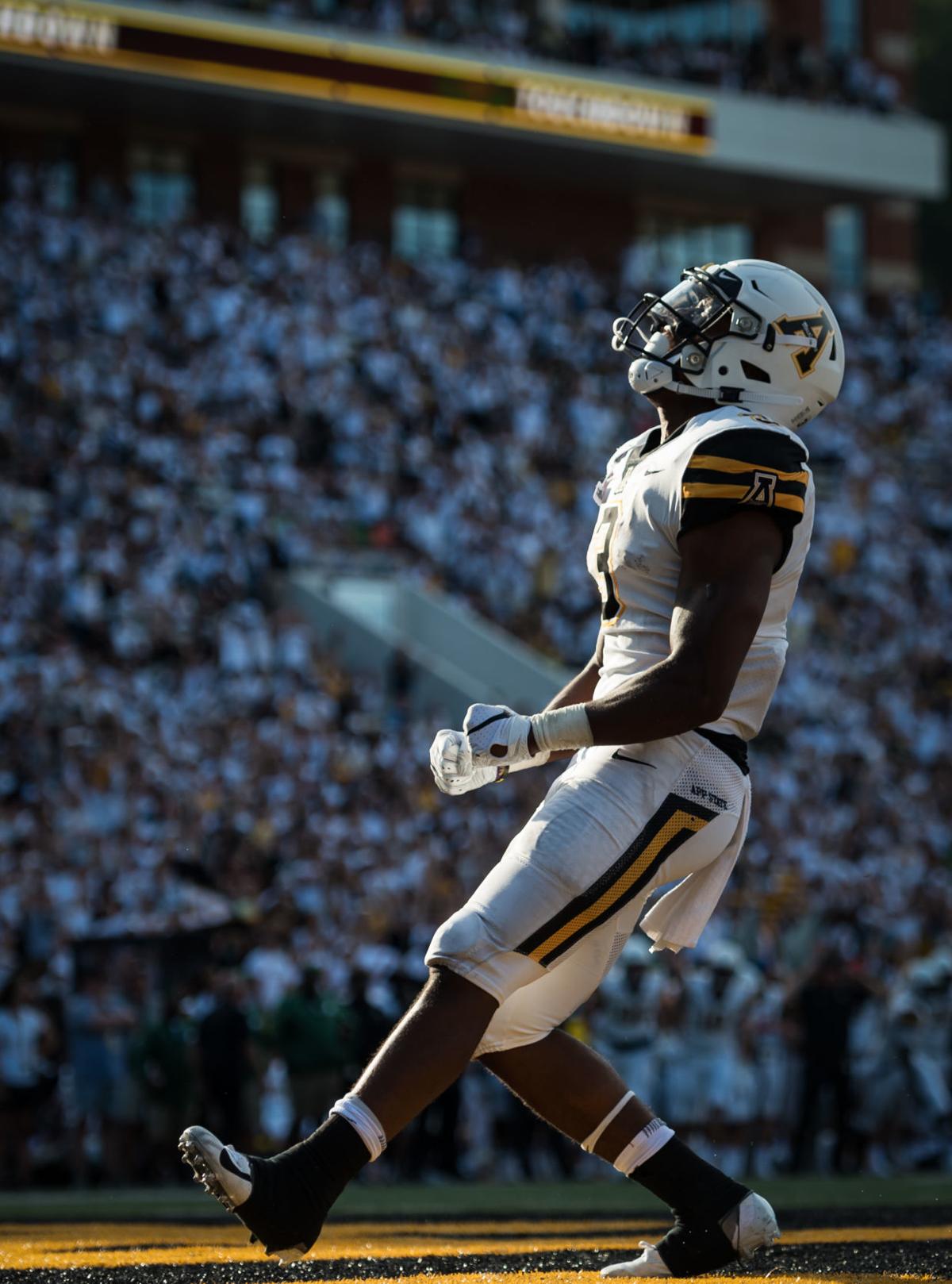 Appalachian State junior running back Darrynton Evans (3) celebrates after scoring a touchdown over UNC Charlotte in the third quarter of an NCAA football game on Saturday, Sept. 7, 2019, at Kidd Brewer Stadium in Boone, N.C. The Mountaineers defeated the 49ers, 56-41. 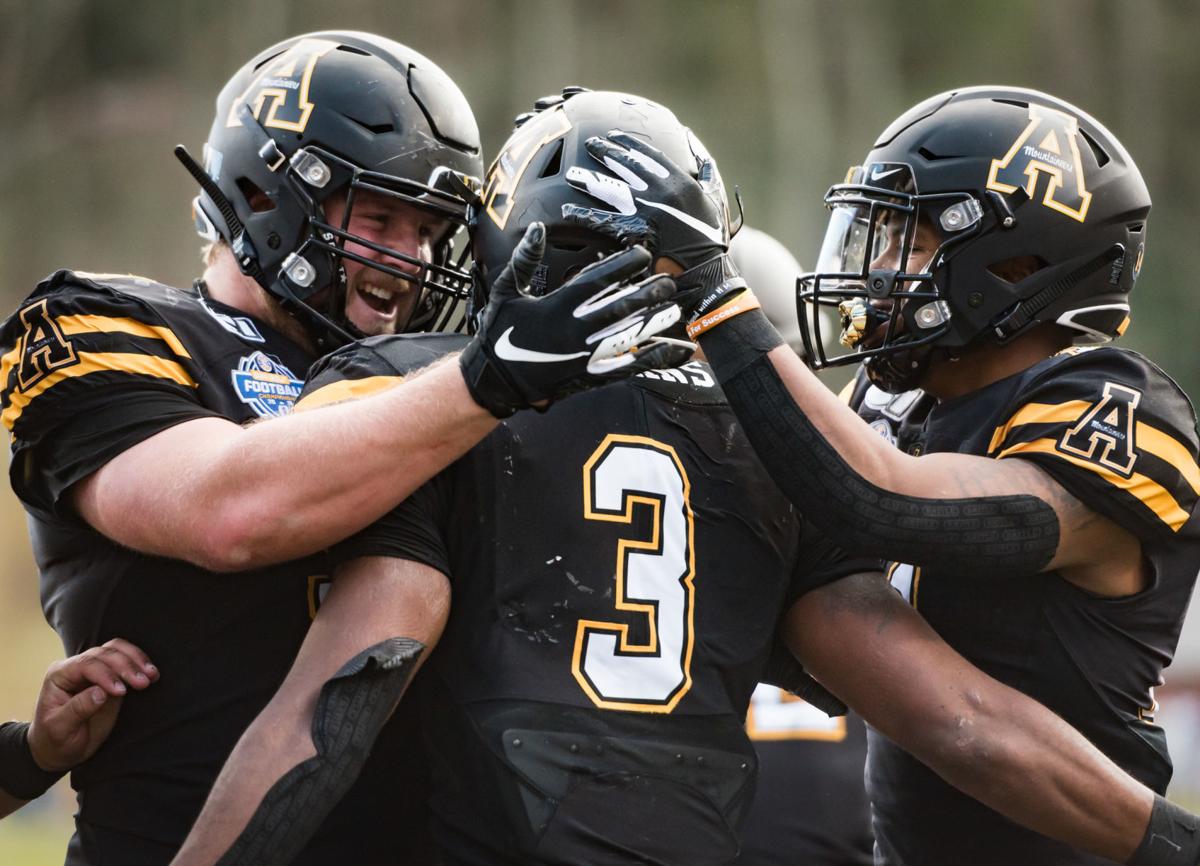 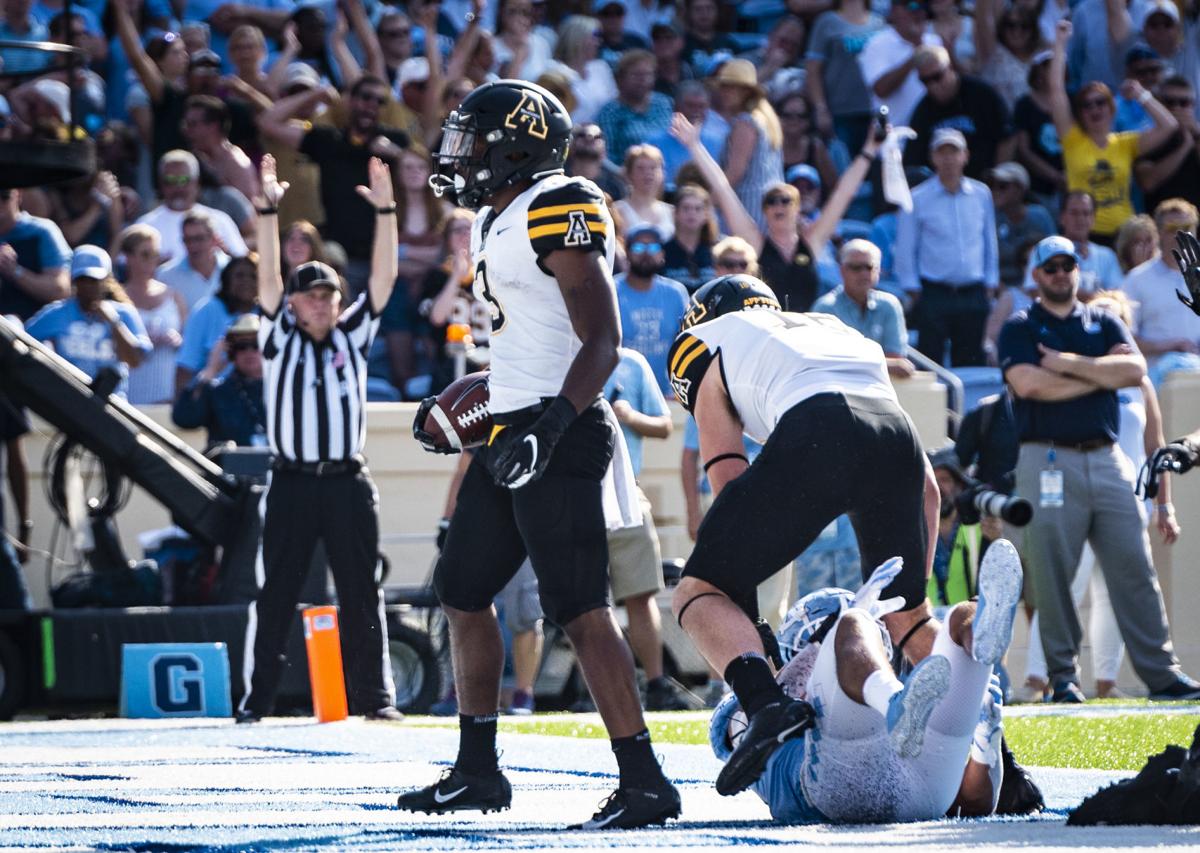 Appalachian State junior running back Darrynton Evans (3) celebrates after scoring a touchdown over UNC Charlotte in the third quarter of an NCAA football game on Saturday, Sept. 7, 2019, at Kidd Brewer Stadium in Boone, N.C. The Mountaineers defeated the 49ers, 56-41.

Darrynton Evans, Appalachian State's star running back, has set his sights on the NFL.

The redshirt junior announced on Wednesday that he will forgo his final collegiate season, declaring for the 2020 NFL Draft.

Evans shared his decision on Twitter, doing so on the four-year anniversary of the day he announced his commitment to the Mountaineers.

"In four short years, we have accomplished so much: four-time Sun Belt champs, four consecutive bowl wins, two Power Five wins, a top-20 college football ranks, and more," Evans said in the tweeted image. "We made history. Beyond the wins and losses, I'm thankful for the lifelong relationships, unforgettable memories, and an experience I will cherish forever."

Evans is coming off one of the best seasons for a running back at App State, closing a career that started with big plays in big moments.

In 2019, Evans tied a Sun Belt record with 24 total touchdowns to go along with 1,480 rushing yards, the fourth-highest total in program history. He was named the Sun Belt Conference offensive player of the year.

He also won the Sun Belt championship game for the second straight season on Dec. 7, when Evans scored all three of his touchdowns in the first quarter of a 45-38 victory.

Evans finishes with one of the best yards per carry averages at 5.98 — only Jalin Moore and Taylor Lamb averaged better, each at 6.1 — as well as a career rushing total of 2,884 yards, which is the ninth-highest for the program.

As a true freshman in 2016, Evans arrived in Boone as a full-on athlete. A running back in high school, he was originally slated to play elsewhere before injuries brought him back to the backfield. On top of his contributions there, Evans established himself as a kick-returning threat immediately. In the Camellia Bowl that season against Toledo, Evans ran for a 94-yard kickoff return touchdown. The Mountaineers won the game, 31-28, to cap off a 10-win season.

He sat out the 2017 season due to an injury in the back of his knee, coming back and establishing himself as a lead back. First in the 2018 season opener, Evans broke loose for a 100-yard kickoff return touchdown against Penn State. From there, he served as Moore's primary backup until the latter suffered a career-ending ankle injury against Arkansas State. Evans picked up and barreled his way toward stardom, earning a first team all-Sun Belt spot after he rushed for 1,187 yards. He helped power App State to a 30-19 victory against Louisiana, earning the MVP honors in the inaugural conference title game.

But that season pailed in comparison to 2019, his first full season as the No. 1 backfield option. Evans piled up multi-touchdown performances for an App State team that won more games at the FBS level than ever before.

Evans had 234 yards and four total touchdowns (three rushing, one returning) against Charlotte in a 56-41 win. Two weeks later, he scored three times in a 34-31 victory over North Carolina. Evans registered at least three touchdowns in three of the last four games. He also had a 31-yard fumble return touchdown to give App State its first lead in the New Orleans Bowl. The Mountaineers won, 31-17, to claim its fifth straight bowl victory and finish the 2019 season with a 13-1 record.

A few days before the game, Evans wasn't spending much time on his pro potential. He was focused on the team's bowl game. But when asked if he was surprised with all he had been able to accomplish in 2019, he attributed to staying focused.

"Not really surprising, but it’s just like even last year, I played my role," Evans said. "Every opportunity I got, especially with Penn State since that was my first opportunity playing since coming off injury, and went for a touchdown.

"I just try and do what I can and just let it do itself."

And now, that focus shifts to the NFL.