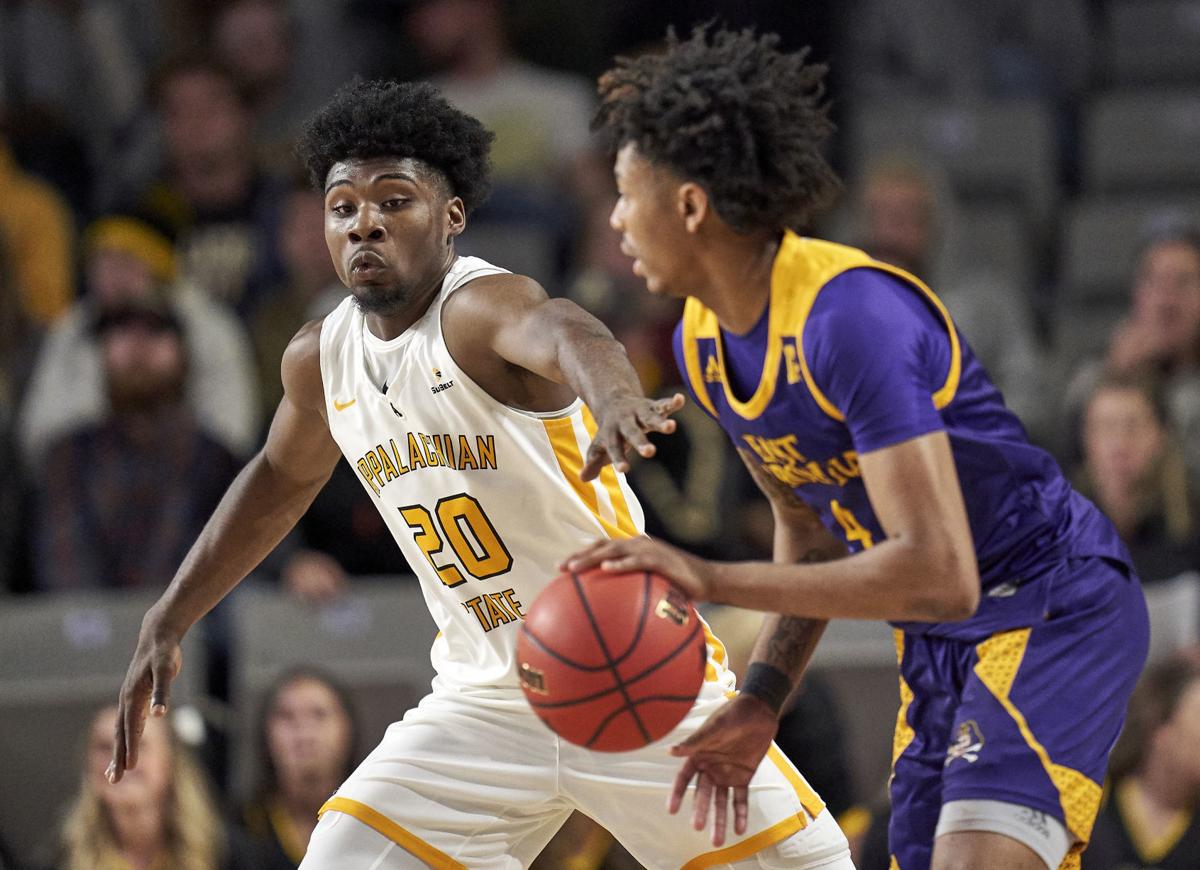 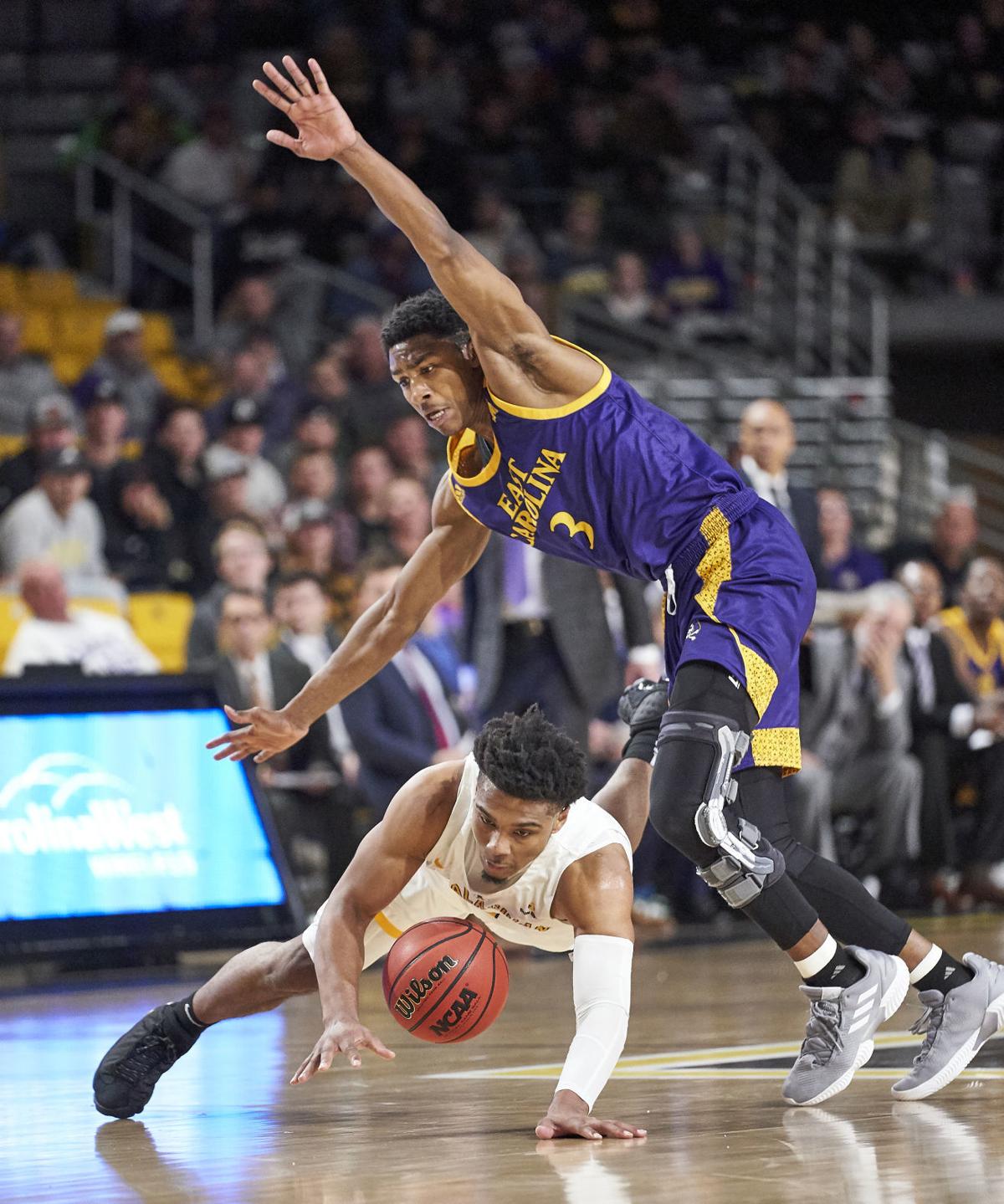 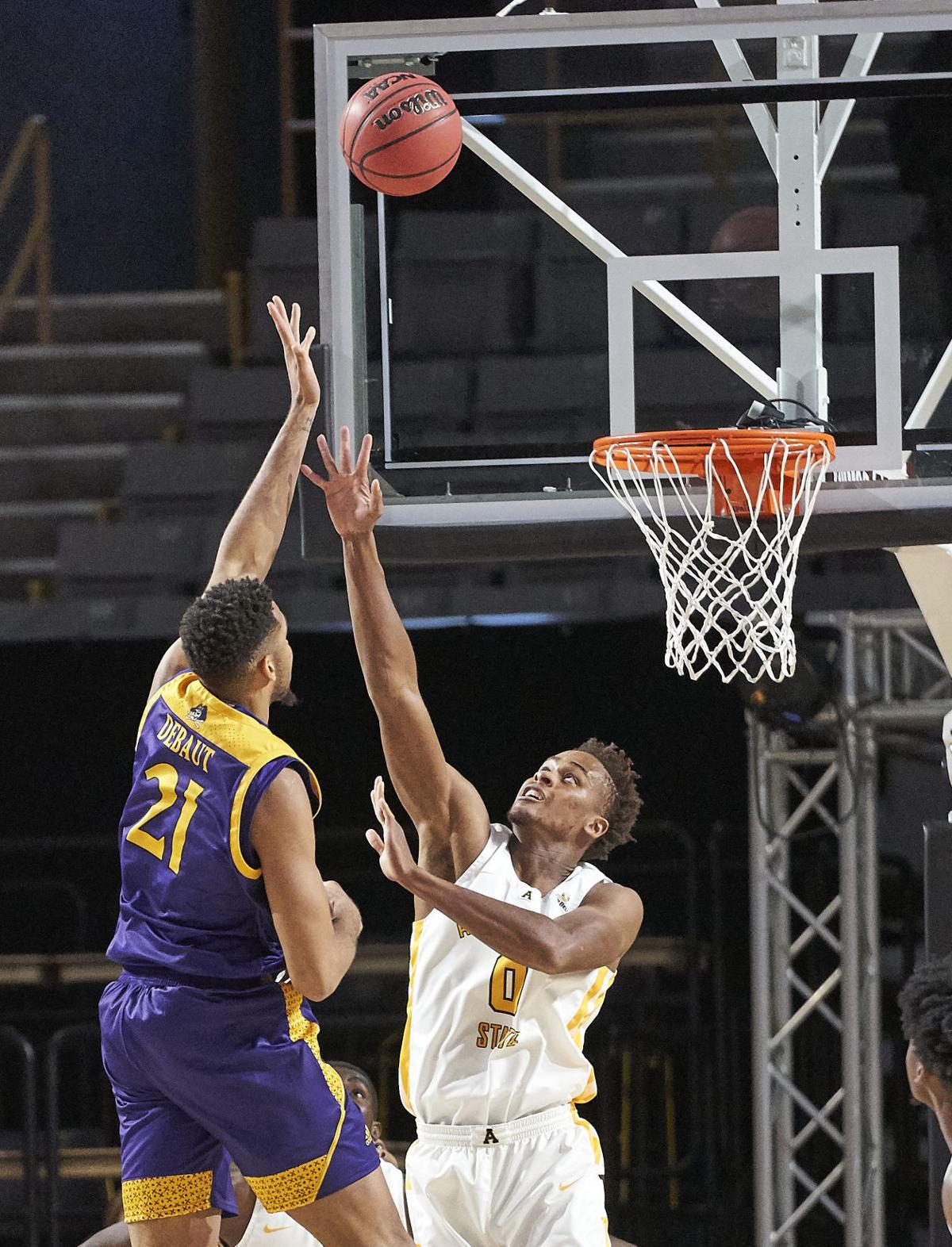 The Mountaineers (2-1) were led by guards Justin Forrest and Adrian Delph, who combined for 41 points — Forrest scoring 22 and Delph 19.

“We stayed aggressive. ... I think our guys are better that way, having that mindset versus me saying ‘Slow it up,’” Coach Dustin Kerns said of his men’s basketball team. “No. Let’s be aggressive. Let’s play in attack mode.”

App State now moves on to the Spartan Invitational tournament in Greensboro, where will face Montana State on Friday, Tennessee Tech on Saturday and UNC Greensboro on Monday.

Here are three thoughts on the Mountaineers’ Tuesday night win:

A gritty and defining stretch

App State used some grit to close out the game. Leading 57-56 with 3:37 left, the Mountaineers locked in defensively and found timely baskets. Johnson drew a foul and hit both free throws to push the lead to 3 points.

Freshman guard Donovan Gregory helped force a miss on the next possession by shifting to the post on defense and contesting a shot. Lewis drew a charge on the next ECU possession, then he tipped in an offensive rebound on the following play.

Later on, Lewis forced a loose ball in the paint, ECU gathered it, and Johnson blocked the layup.

“I try to reinforce during that moment,” Kerns said. “Every timeout I said, ‘Listen, play to win. Play to win.’ You can either have a team that’s scared to lose or playing to win.

“That’s a mindset that we’ve had to change. I’m not sure we’re there yet, but that’s a big step.”

With 11 seconds left, App State had pushed its lead to 7 points and the crowd started roaring. It was one of a few times when the “App State” chant started ringing through the Holmes Convocation Center.

The listed attendance for the game was 1,893, the largest crowd since App State hosted Coastal Carolina on Feb. 16, when 2,037 were in attendance.

Guard Justin Forrest, a junior, said it was the loudest crowd he has ever played in front of at home.

“It was a great crowd,” Forrest said. “Can’t thank them enough. ... We want to keep winning so we can keep having more and more people come.”

Driving hard at the Pirates’ height

The Mountaineers established paint touches early, pairing that with drives into the lane. And they did it against the biggest team in the U.S.

According to KenPom.com, East Carolina has the largest average height of all Division I basketball teams. That stat is calculated by averaging the listed height of every player on the team and dividing it by minutes played (players who play less than 10% of the team’s minutes aren’t included).

Those early drives opened up things around the 3-point line. ECU led App State in points in the paint (30 to 20), but App State shot 40% from behind the arc.

“We just use our quickness,” Forrest said. “We’ve got a lot of active guys. They got a lot of guys that come off the bench.

“We’re not too small ourselves so we’re not really too much worried about it,” he said. “We don’t change our way that we play. Like I said, we used our quickness to our advantage.”

The Pirates struggled to find any offensive rhythm against App State.

They shot 30% in the first half as a pesky Mountaineers’ zone defense forced them to shoot jumpers often. ECU started in an 11-0 hole but managed to claw back into the game, trailing by 1 point with a minute-plus before halftime.

The Mountaineers curbed that by finding some timely 3-pointers.

After the team missed badly on its first two attempts, Delph was the first to score for Appalachian from 3-point range.

Delph scored 19 points, hitting 4 of 8 3-pointers to help carry the scoring load since Forrest, the team’s leading scorer so far this season, got into foul trouble early in the game.

“First of all, I got to give all the credit to my teammates,” Delph said. “They found me open whenever I got hot, and I can’t take none of the credit for that.”