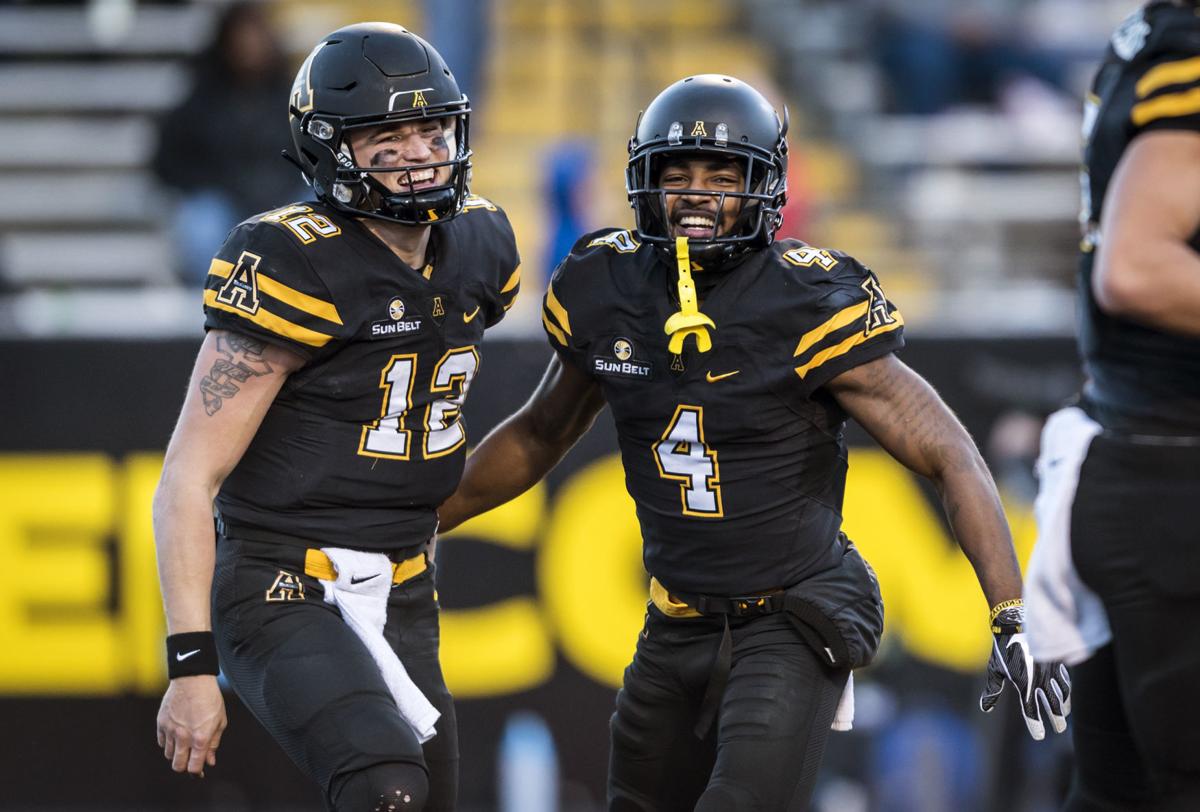 App State wide receiver Dominique Heath (right) celebrates with quarterback Zac Thomas after scoring a touchdown against Georgia State. Thomas has thrown for at least 240 yards and two touchdowns in two games since his return from a concussion. 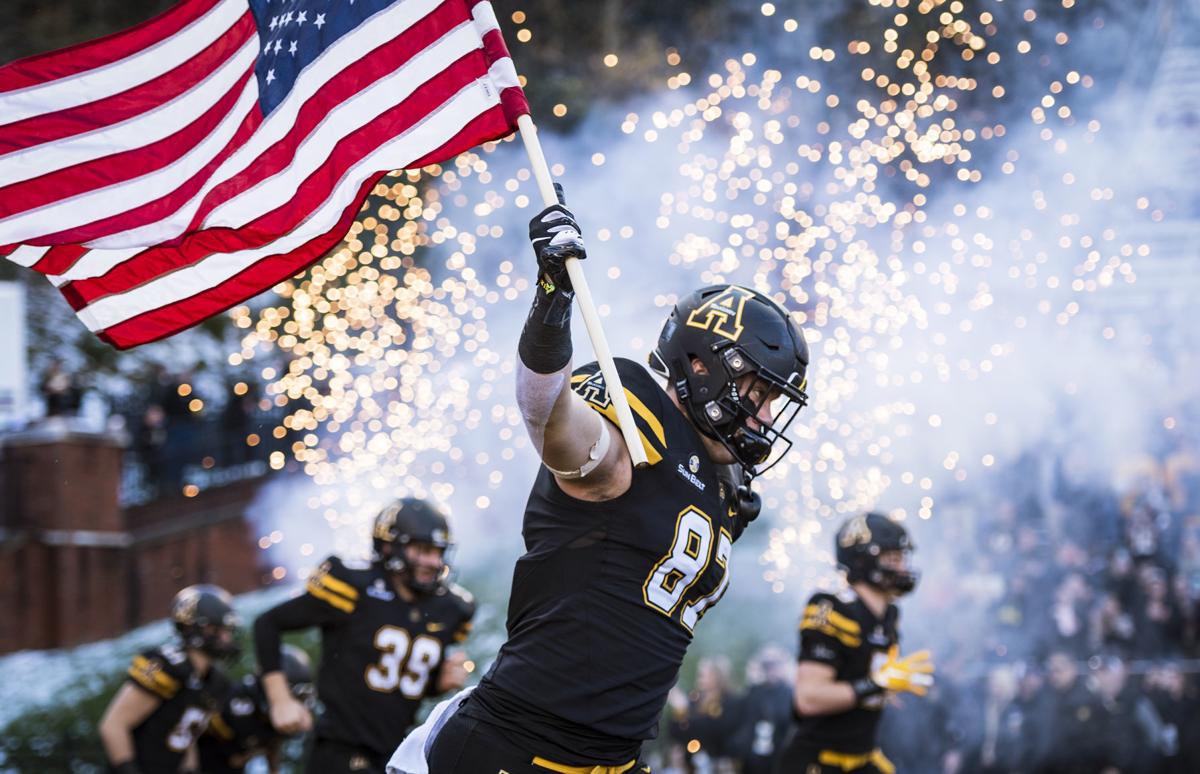 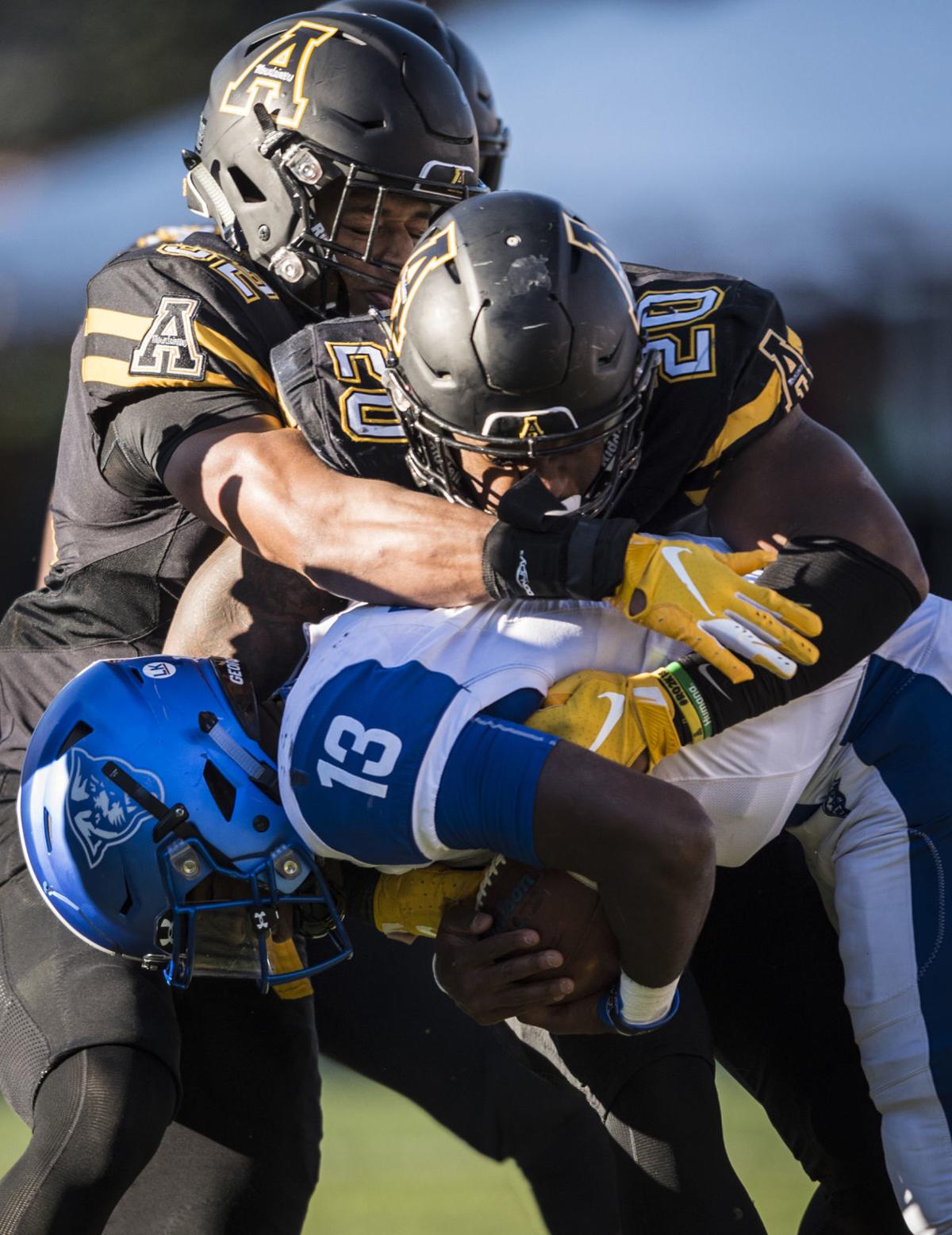 App State wide receiver Dominique Heath (right) celebrates with quarterback Zac Thomas after scoring a touchdown against Georgia State. Thomas has thrown for at least 240 yards and two touchdowns in two games since his return from a concussion.

Scott Satterfield won’t say that Appalachian State‘s upcoming game against Troy is the school’s most important regular-season matchup since moving up to the FBS. But he does understand what’s at stake Saturday at Kidd Brewer Stadium.

The regular-season finale for both teams is essentially a semifinal for the Sun Belt Conference title game. The winner will play host to the conference’s inaugural championship on Dec. 1.

A few arguments can be made from Appalachian’s four-year stretch at college football’s top level that the Troy game doesn’t have the weight some others have had: the FBS debut game at Michigan in 2014; getting Miami up to Boone in 2016 or rekindling the Wake Forest series the following season.

But facing Troy for a chance at an outright title in a conference App State (8-2, 7-1 Sun Belt) joined merely five seasons ago would sit near the top of Mountaineers’ lore, even if Satterfield won’t put that heft on it just yet.

“It’s a big game because it’s 2018 and we’re trying to win a championship,” Satterfield said. “And you know, they’re right there.

“They’re the most important game this year so far because it’s the next game. If you lose this game (versus Georgia State), it didn’t matter. So I just think we look at it one game at a time.”

App State is now three games removed from its deflating 34-14 loss to Georgia Southern. Appalachian’s offense has progressed after showing signs of regression against Louisiana, the opponent just five days before Georgia Southern. Since losing to the Eagles, the Mountaineers have rushed for at least 220 yards in every game.

And quarterback Zac Thomas, who suffered a concussion in the first drive against Georgia Southern, has thrown for at least 240 yards and two touchdowns in the two games since his return.

The defense, sturdy and stable throughout, met its biggest challenge as of late in Georgia State’s dual-threat quarterback Dan Ellington. But even after giving up more than 300 yards of offense for the first time in three games, the Mountaineers rank eighth in the country in total defense. Appalachian’s average of 282.8 yards allowed per game within a yard of the average allowed by Alabama.

Linebacker Noel Cook said the team got caught up by the spectacle of the Georgia Southern game, which was App State’s one and only showing as a top-25 school. That loss forced the team to refocus.

“We just let that kind of fuel us,” Cook said. “Being in the top 25 and all the media attention, we kind of got too ahead of ourselves to me, honestly. And then we went back to making it businesslike on away trips ... once momentum started swinging our way, it creates a snowball effect.”

Troy (9-2, 7-0) is coming off a perplexing 12-7 win in which the team forced six turnovers, five of them being interceptions, yet scored no touchdowns.

It boils down mostly to injuries. The Trojans lost starting quarterback Kaleb Barker earlier this season with a knee injury. Against Texas State, three receivers either didn’t play or barely appeared. A fourth, Sidney Davis, was injured in the game and didn’t play in most of it.

The injured receiving quartet — Davis, Damion Willis, Deondre Douglas and Tray Eafford — have accounted for 18 of Troy’s 20 receiving touchdowns. According to Ken Rogers of the Dothan Eagle, Douglas and Willis are expected to return for Saturday’s game.

A couple of other players are trying to recover as well, according to Coach Neal Brown of Troy.

“Our running back’s (B.J. Smith) a little beat up, and we didn’t play with our best offensive lineman (left guard Kirk Kelley),” Brown said. “So all those are excuses that nobody cares about. Other than that, we just didn’t play well.”

The task is straightforward for App State: win Saturday and claim the East Division title. Along with that comes a championship game in Boone.

Another week saddled with expectations, App State safety Desmond Franklin said, must be met with a narrow focus.

“It’s kind of self explanatory: we’ve got to come out here, have a good week of practice and do what we do,” Franklin said. “And we’ve got to go out and execute on Saturday to be where we want to be.”