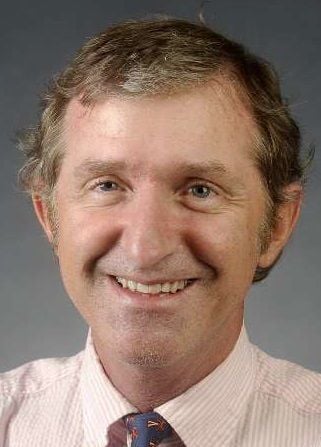 In accepting the 1964 Nobel Peace Prize, the Rev. Martin Luther King Jr. said, “There is nothing new about poverty. What is new, however, is that we have the resources to get rid of it.” Fifty-five years on, his words have never rung more true.

King spent much of the last years of his too-short life fighting poverty. The battle is even more important now. The war on poverty President Lyndon Baines Johnson declared is far from over. Our national and state governments continue to slash away at safety nets for the poor even as the growing divide between the far left and the far right makes it ever harder to find the middle ground on helping our neighbors out of poverty through systemic change.

But there’s a lot of reason for hope in Winston-Salem and Forsyth County. Individuals from widely varied backgrounds and nonprofits, houses of worship, businesses, colleges and the city and local governments all have good efforts underway in the poverty battle, some of which are rightly sharing leadership with the poor. They are all part of those resources of which King spoke.

By banding together in the push for long-term victories, they could be even more beneficial — if we all put those living in poverty in the forefront.

That, basically, was called for in a February 2017 report by a group convened by Mayor Allen Joines, the Winston-Salem Poverty Thought Force. It issued more than 55 recommendations. That led to the creation of an initiative that began last month, The Partnership for Prosperity. As the executive director of the partnership, I will work with Community Engagement Associate Chanel Nestor to coordinate the poverty fight with those living in poverty, to advocate for policy changes in local and state governments and on public awareness — both in terms of ensuring that people living in poverty know the ways in which many local organizations can help them break down barriers and access resources, and in terms of raising awareness about their challenges among their fellow citizens. Our fight will be waged from the ground up: by listening to, and engaging with, those living in poverty.

The partnership answers to an advisory board led by Joines. Our work is supported by grants from United Way of Forsyth County, BB&T, the city of Winston-Salem, the Kate B. Reynolds Charitable Trust, the Z. Smith Reynolds Foundation, Wake Forest University and Goodwill Industries of Northwest North Carolina.

My associate, Chanel A. Nestor, has strong personal and professional experience with poverty and community engagement, especially in food insecurity. She spent her early childhood in Happy Hill, one of Winston-Salem’s oldest African-American neighborhoods, and has stayed in touch with neighborhoods in poverty. Chanel earned her graduate and undergraduate degrees at N.C. A&T in sociology and agricultural education a few years ago, teaches a course there and is working toward a graduate certification in urban planning and development from UNC-Greensboro. She founded North Carolina Always, an event-development group celebrating state culture, arts and history, and started the Bailey Conference, named for the first African-American extension agent in the state, which promotes agricultural efforts.

I found my way into advocacy through journalism. As the editorial page editor of the Winston-Salem Journal, I joined Democrat Larry Womble of Winston-Salem and Republican Thom Tillis of Mecklenburg County, who were then both in the state legislature, and survivors of this state’s forced sterilization program to win those survivors $10 million in compensation from the state. I listened to and learned from the survivors, just as I am now listening to and learning from the poor. There is a lot to learn from them.

Mauricio Miller, who hails from California and wages the poverty fight nationwide, says the adage about “teach a man to fish and you feed him for a lifetime” is inaccurate. “The startling assumption is that the man is not capable and therefore needs to be taught. Most don’t consider the real possibility that the man might already know how to fish, or can learn on his own, but only needs money for the equipment, or space, or time to make the choice for himself — or, in my mother’s case, for herself,” he writes in his book “The Alternative: Most of what you believe about poverty is wrong.”

The writers of the Thought Force report drew from numerous meetings with people living in poverty. Now we’ll ask the poor to help us update the report, starting with a series of listening sessions. We’ll join with them and others to hammer away at barriers in health care, housing, public education, jobs and transportation.

This is, to say the least, challenging work. But it must be done. Poverty costs us all, both in humane and financial terms, ranging from strains on hospitals to the social service system. “If our morality does not lead us to take action, the economics of poverty should,” Rep. Derwin Montgomery, one of our board members, has said. “We will all pay if we do nothing.”