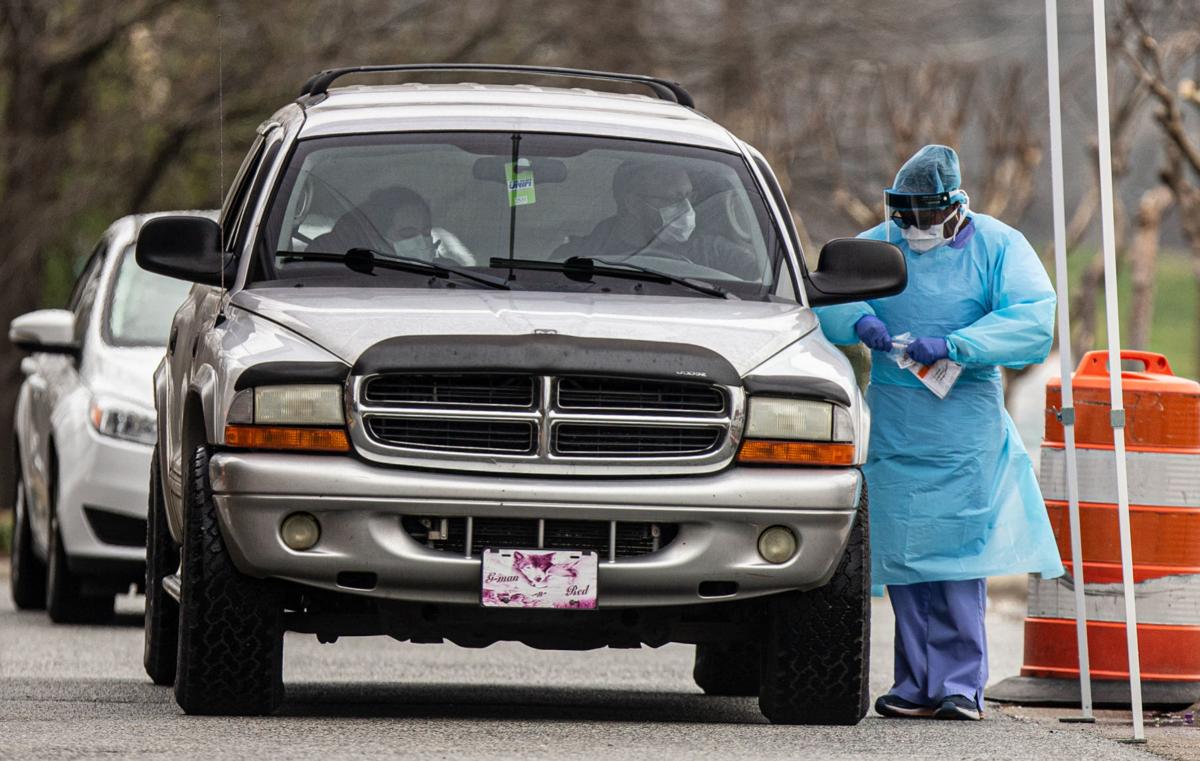 People get tested March 17 for the coronavirus at Cone Health Ambulatory and Physician Services in Greensboro.

Health care personnel test a person in the passenger seat of a car March 12 for coronavirus at Kaiser Permanente Medical Center parking lot in San Francisco.

People get tested March 17 for the coronavirus at Cone Health Ambulatory and Physician Services in Greensboro.

Health care personnel test a person in the passenger seat of a car March 12 for coronavirus at Kaiser Permanente Medical Center parking lot in San Francisco.

My youngest son lives in Berkeley, Calif., across the bay from San Francisco, where he works for a technology company. Two Fridays ago, he went to the doctor with flu symptoms and shortness of breath. They checked him out, ran a couple of standard tests, gave him a prescription and sent him home. The next day, still symptomatic, he returned to the doctor and was tested for coronavirus. They told him it could take up to an additional five days to get the results.

What? Up to a seven-day total wait (including two doctor visits) just to confirm whether or not he is infected?

Almost every day for the past month, President Trump, Vice President Mike Pence and their political hacks at Health and Human Services, the Centers for Disease Control and Prevention, Medicare and Medicaid Services and the Surgeon General’s office have been on TV telling us that when it comes to coronavirus, everything is under control. That if you needed a test you could rapidly get it.

GOP Reps. Mark Meadows (N.C.) and Matt Gaetz (Fla.) each wanted one. Meadows got his after attending the conservative CPAC conference, where multiple speakers railed against the coronavirus “hoax.” Gaetz got his after wearing a gas mask on the floor of the House to mock an upcoming vote on a coronavirus funding bill. Fifty-seven NBA players also got theirs after a player tested positive. All received expedited test results within hours. None were showing coronavirus symptoms at the time.

Actor Tom Hanks and his wife even got tested with immediate results. They were fortunate. Not because they’re wealthy and well connected, though they certainly are. They just happened to be on a film shoot in Australia, which has its own National Health System (i.e., Medicare for all) where everyone is covered — including, apparently, visiting foreign movie stars.

The coronavirus pandemic started in China in December 2019. Soon after, the Trump administration learned of the emerging threat. On Jan. 20, both South Korea and the United States reported their first cases.

In the weeks since, South Korea has demonstrated to the world that a democracy, with good leadership at the top, can respond effectively to this crisis. They’ve also shown that aggressive and extensive testing is a foundation for containing the pandemic and protecting its population. An estimated 240,000 South Koreans have been tested — one test per every 250 citizens. They are currently testing at a rate of more than 10,000 per day. They have blunted the rate of infection, thus saving tens of thousands of South Korean lives.

In contrast, here in the United States, as I’m writing, we’ve tested a total of only 19,800 Americans — one test per every 9,750 citizens. We are testing at a rate of less than 1,000 per day. Our infection rate is skyrocketing, doubling every five to seven days.

South Korea (another country, by the way, with the equivalent of “Medicare for all”) has aggressively and transparently mobilized its institutions and citizenry. Trump, Pence and their GOP cronies bungled the roll-out of coronavirus testing, while soft-selling the threat to the American people with lies and disinformation. Even today, no one in the United States knows how many people are actually infected, where this pandemic is going and how this will all end.

For the Thompson family, the bottom line is this: Our son is 2,750 miles away from his mom and me in Greensboro. He is at one of the U.S. epicenters (along with Seattle and New York City) of the global coronavirus pandemic. Despite living in the richest, most technologically advanced country in human history, it could take up to seven days for him to get his test results to confirm if he does/does not have the virus.

Four months into this global pandemic, if you are in need of a coronavirus test, where in the world would you rather be today? In South Korea, coronavirus test results come back in less than five hours. In Berkeley Calif., in up to seven days. In Greensboro, N.C. ... God only knows.

Greensboro businessman John P. Thompson is a former missionary to Russia and has a master’s of theology from Dallas Theological Seminary.

Greensboro businessman John P. Thompson is a former missionary to Russia and has a master’s of theology from Dallas Theological Seminary.