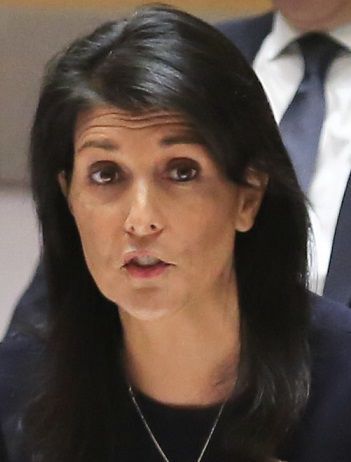 There is already enough data to conclude the 2020 presidential election will be unprecedented. What does it mean for an impeached president to have his name on the General Election ballot? This is a question posed to President Trump and the electorate as he seeks re-election.

Of the four presidential elections where the victor lost the popular vote, only George W. Bush in 2004 was re-elected. The bad news/good news scenario for the president suggests the historical trajectory does not bode well for his re-election fortunes while recent history offers that a return to the Oval Office for another four years is indeed possible.

Trump is seeking to not only be the second president to win re-election after losing the popular vote in his initial bid, he would also be the first person to be re-elected after being impeached.

I have not opined much about the recent impeachment of the president. I claim neither superior prognostication abilities nor the Jedi mind trick to plausibly predict an outcome. Moreover, it remains a moving target that has yet to be pinned down.

Every presidential election is a referendum on the previous four years and ostensibly the individual occupying the White House. This one comes with the added weight of impeachment.

Many of the president’s supporters admire the manner in which he has “shaken things up,” but are there boundaries? Would such unconventional behavior be acceptable in a president of the opposite party? If the answer is in the negative, does it not call into question the president’s unorthodox approach?

Do we want the president to be guided exclusively by transactional outcomes that invariably side with his political self-interest? Are we to suffer from the arrogance of quasi-morality?

Quasi-morality, in this context, is a high moral standard for those we oppose, but reserves nuance, circumspection, context and on-the-other-hand rationalization for the side with which we align.

Former ambassador to the United Nations Nikki Haley recently offered a salacious sound bite that in my view warranted universal repudiation, but not so in a world guided by quasi-morality.

Commenting on the president’s decision to order drone strikes that killed Iran’s Gen. Qassem Soleimani, Haley offered, “The only ones that are mourning the loss of Soleimani are our Democrat leadership and our Democrat presidential candidates.”

Is Haley actually suggesting Democrats are pacing Capitol Hill and conducting retail politics in Iowa and New Hampshire while donning sackcloth? I’m not sure which is worse, that someone of Haley’s stature could make such a baseless and asinine statement, beneath the nomenclature found in a random bar nearing last call, or that there are some who accept the validity of her remarks.

In a normal week, Haley’s comments may have won the award for the most outlandish in a seven-day period. But that honor goes to Senate Majority Leader Mitch McConnell.

McConnell recently stated he has the votes to start an impeachment trial without agreement on potential witnesses once the Senate receives the articles from the House. Ironically, McConnell’s statement came shortly after former national security advisor John Bolton announced he would testify if subpoenaed by the Senate.

Is McConnell committed to a Senate trial that is merely a perfunctory exercise with a predetermined outcome? How is this possible when a top White House official, with direct knowledge of the president’s actions regarding Ukraine, announced that he was ready to testify?

McConnell is admitting to a “rigged” process that includes not hearing from a key witness with first-hand knowledge that could exonerate the president.

If Bolton does not testify, the final word of these impeachment hearings should not be a search for the truth, but rather a systematic commitment to cover up any potential wrongdoing. How could America maintain even the veneer of democratic rule?

Prior to Bolton agreeing to testify, a recent Politico poll found that 54% of Americans want the Senate to call additional witnesses. If the Senate is allowed to move ahead without witnesses, it would be the clearest indicator to date just how far our democratic guardrails have eroded.

Welcome to Election Year 2020, where democratic norms are mandatory for the political opposition, but selective for our side. Buoyed by the self-righteousness of our particular orthodoxy, civic ignorance is exacting a heavy toll.

How long can we be titillated by the politician who struts and frets his or her time on the stage, espousing a tale told by an idiot, full of sound a fury, signifying nothing, and maintain any appearance of a republic?

Alas, Benjamin Franklin was correct; we do indeed have a republic, but only if we can keep it!

The Rev. Byron Williams (byron@publicmorality.org), a writer and the host of “The Public Morality” on WSNC 90.5, lives in Winston-Salem.