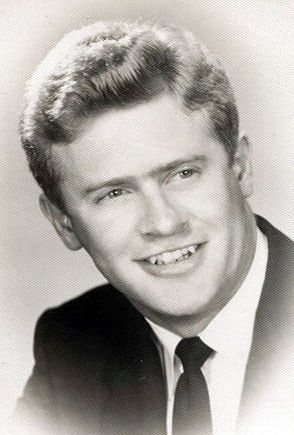 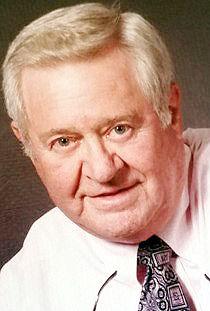 February 20, 1935 - November 4, 2019 Richard Garfield "Tinnie" Chapple, 84, of Winston-Salem, passed away Monday, November 4, 2019. He was born February 20, 1935 in Forsyth County to Garfield Allen and Ellen Rose Lentz Chapple. He grew up in the Ardmore area. Tinnie graduated from Reynolds High School and graduated with a degree in accounting from Pfeiffer University. After serving in the armed forces, he returned to Winston-Salem. He was a man of many careers. He owned a Peanut Shack in Winston-Salem, and one in Greensboro. He had a clothing store in Booneville. He also had a couple of employment agencies: Dixie Employment and Snelling & Snelling employment. What he enjoyed most was the accounting business. He worked as an accountant and then as a tax preparer. Volunteering was Tinnie's passion. He volunteered many hours to March of Dimes, and he believed in blood donations. He donated 199 pints of blood. He was a Jaycee and served as president of the organization. He was also involved in Sertoma Club and the Lions Club. He volunteered at Baptist Hospital for a few years. Tinnie very much loved golfing. He was a long time member of Pinebrook Country Club, now Maple Chase Country Club. He won several trophies for tournaments he played in. He was also a former board member of the club. He was honored with induction into the Forsyth County Sports Hall of Fame and Reynolds High School Sports Hall of Fame. He loved all sports. He was preceded in death by his first wife, Hazel; 6 brothers and 4 sisters. Surviving are his wife, Louise Chapple of the home; son Matthew and LuAnn Chapple of Winston-Salem; a daughter Debbie and John Morton of Greensboro; sister, Helen Chapple Matthews of Winston-Salem; numerous grandchildren and great-grandchildren; and many nieces and nephews. Funeral services will be held at 2:00 pm Friday at Augsburg Lutheran Church, 845 W. 5th Street, Winston-Salem with Rev. Lori H. Carter officiating. Burial will follow in Forsyth Memorial Park. The family will receive friends one hour prior to the service. Memorials may be made to the Red Cross or to a charity of choice. Frank Vogler & Sons Funeral Home 2849 Middlebrook Drive, Clemmons, NC

To plant a tree in memory of Richard Chapple as a living tribute, please visit Tribute Store.
+1
+1

Add an entry as

THANK YOU for helping us ensure that all guest book entries are positive and considerate. If you see a negative or inappropriate comment, please click on the link in the comment to report it, and a staff member will follow up immediately

Add an entry
Watch the guestbook. Stop watching this guestbook.

Funeral homes often submit obituaries as a service to the families they are assisting. However, we will accept obituaries from family members pending proper verification of the death. If you wish to submit an obituary please click here to place your notice. You can also contact us at 336.727.7398 or email obits@wsjournal.com.

In Memoriam notices can be placed by contacting Jennifer McDaniel at jmcdaniel@wsjournal.com

You'll find individual Guest Books on the page with each obituary notice. By sharing a fond memory or writing a kind tribute, you will be providing a comforting keepsake to those in mourning. From a Guest Book, you may log in with your user account to leave a message. If you have an existing account with this site, you may log in with that. Otherwise, it's simple to create a new one by clicking on the Create "Sign up" button and following the simple steps on the Sign Up page.